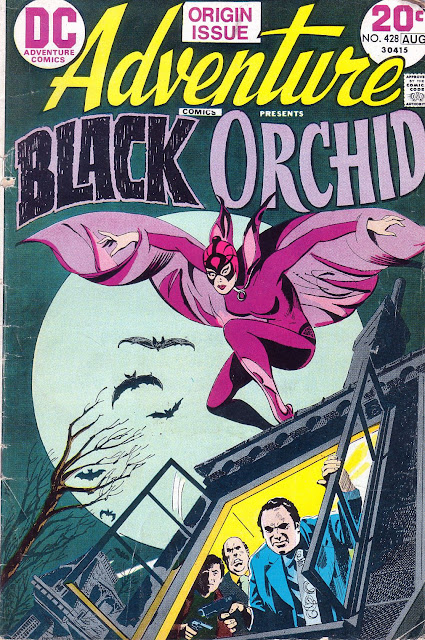 Those who were actually enjoying THE ADVENTURER'S CLUB and CAPTAIN FEAR were out of luck this month as their only appearance is on the letters page header, and then, for some reason, in black and white.

Instead, we get an entirely new, intriguing and purposely mysterious character drawn by Tony DeZuniga but written, in his first return to the pages of ADVENTURE in about three decades, Sheldon Mayer! One of the most important figures in the early history of comics, Mayer, in the meantime, had become best known for his humor and children's comics including the long-running SUGAR & SPIKE. The Black Orchid had but a short run here but Neil Gaiman would revisit her to much acclaim yet another couple of decades on. 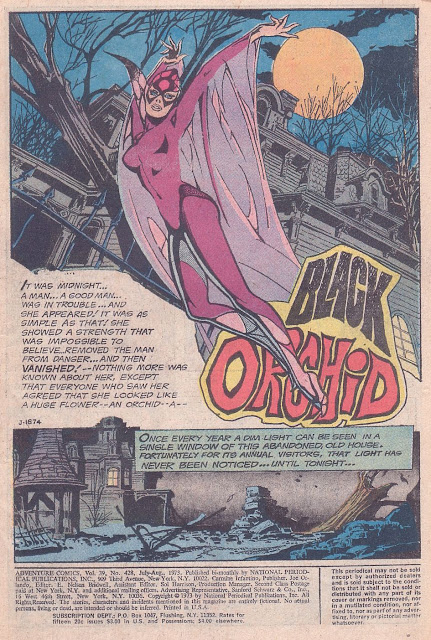 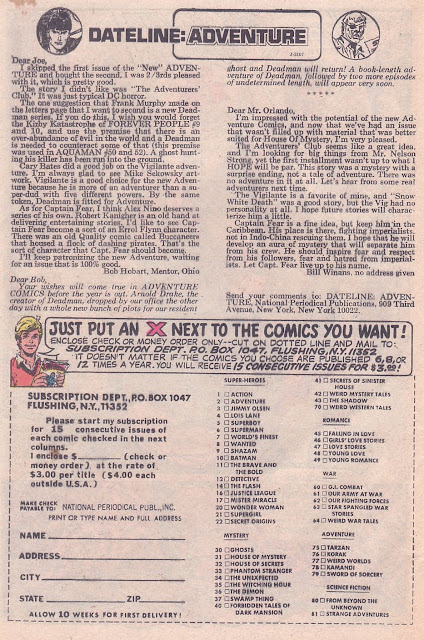 Dr. Thirteen was an also-ran character and this was a never-ran story, having originally been intended for an issue of PHANTOM STRANGER. 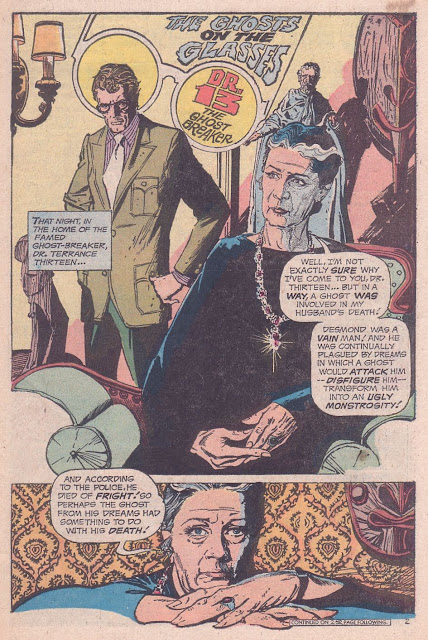