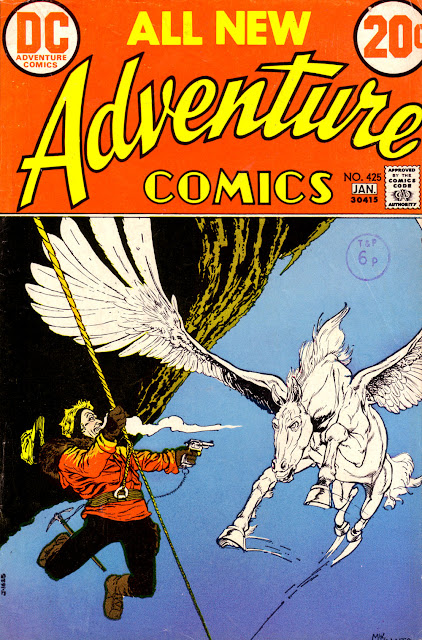 Well this comic book knocked me for a loop. Not sure what I was expecting from the "All-New" ADVENTURE but when I saw this I remember it wasn't it. First of all, the cover is by Mike Kaluta, one of the young Turks who'd started out in fanzines and mags like WEB OF HORROR. It was still months before he would truly establish a name for himself with DC's adaptation of THE SHADOW. If you're paying close attention, the next thing you notice is that starting this month, the mag is bi-monthly, not monthly. Not a good sign. From here on out, fairly frequent change would be the norm for ADVENTURE COMICS.

The first story is by Alex Toth, certainly one of comics' greatest stylists and a DC veteran of 25 years or so by that point. It looks and feels, however, like a leftover from Editor Orlando's DC "mystery" titles. 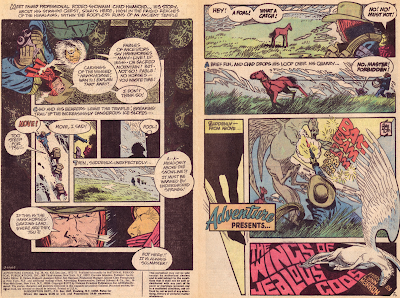 In fact, so does this two page filler from artist Frank Redondo. 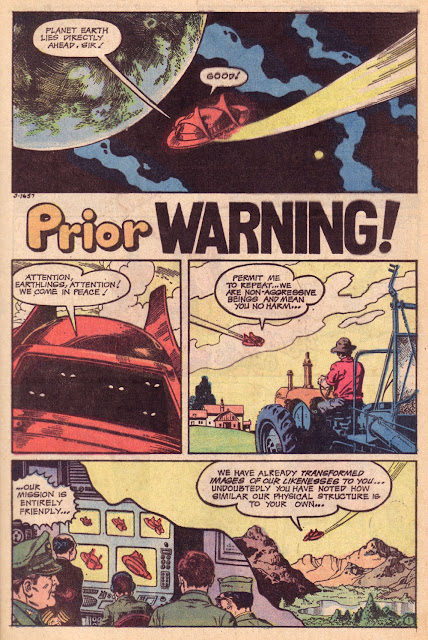 Some absolutely lovely fantasy art from Gil Kane follows. Kane was mostly at Marvel by this point I believe so this may have been an inventory piece as well. 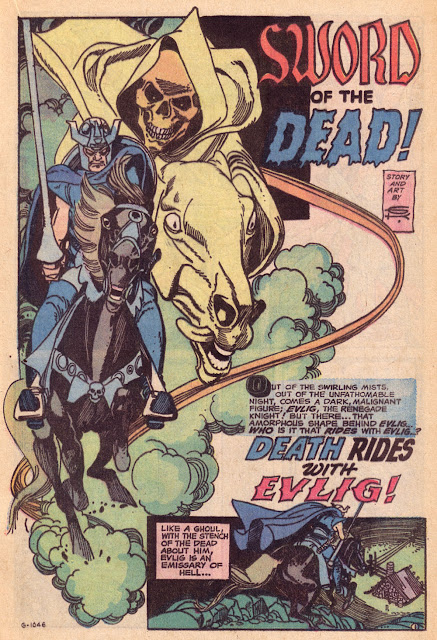 This last one, seen here in its entirety, was the revelation and I wasn't sure I liked it. Truthfully, I'm still not. There was no denying the talent behind this Alex Nino, though. I had never heard or seen his name before but soon enough, he would be a fan favorite. 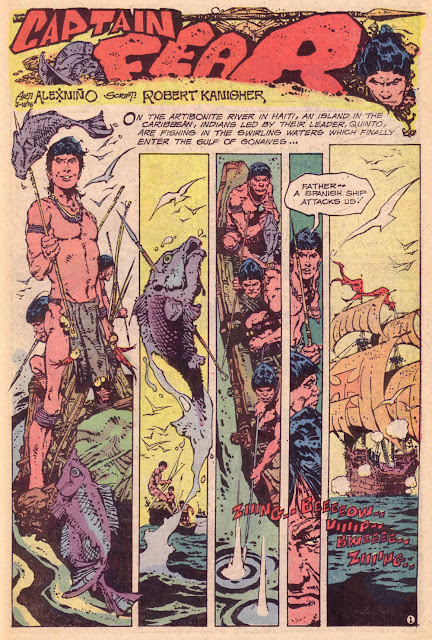 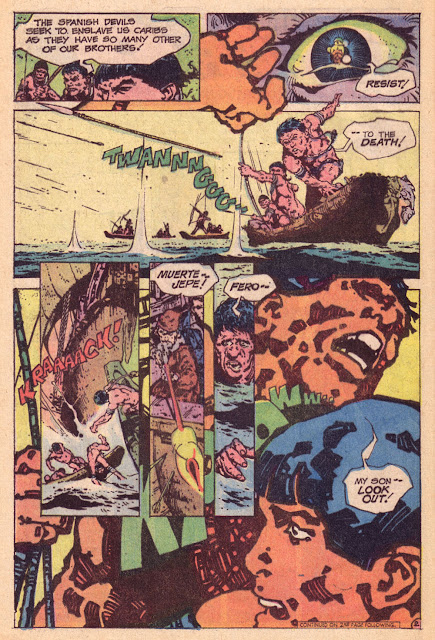 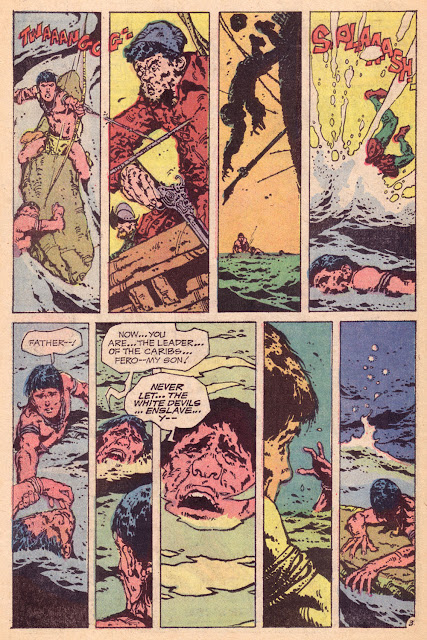 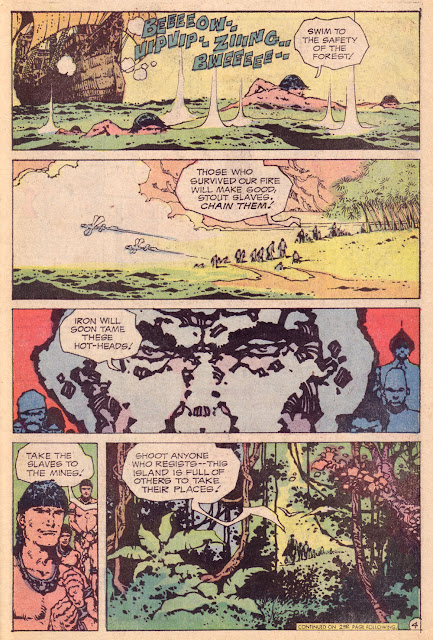 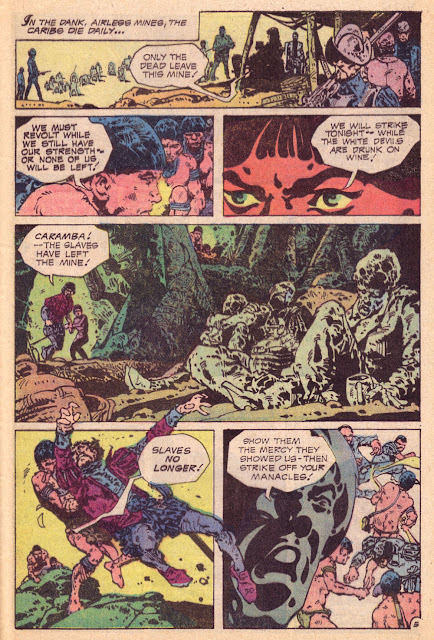 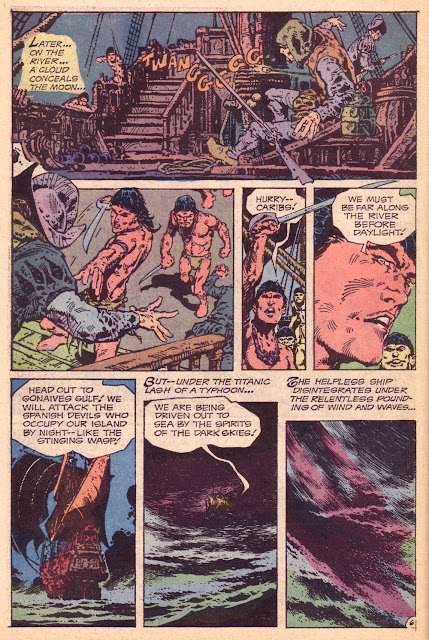 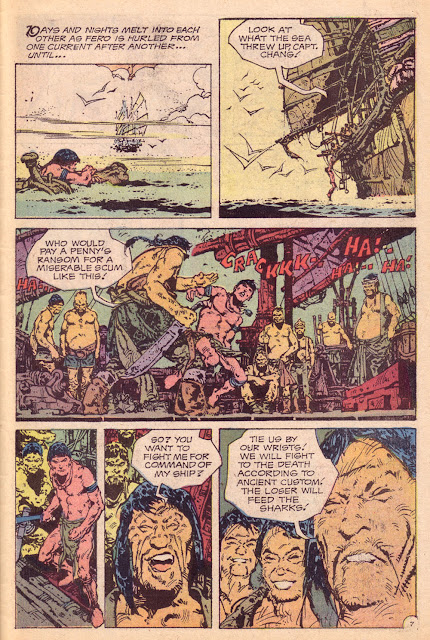 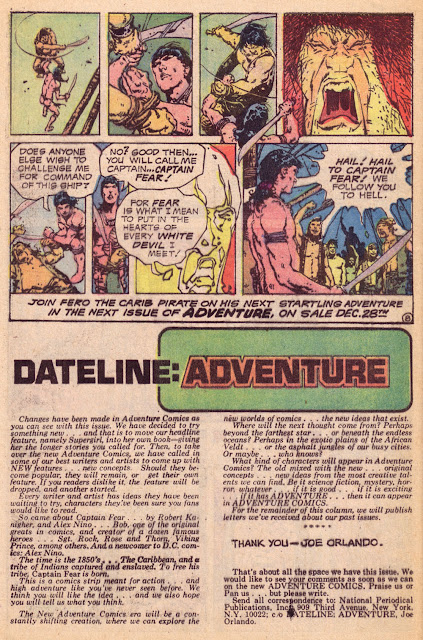