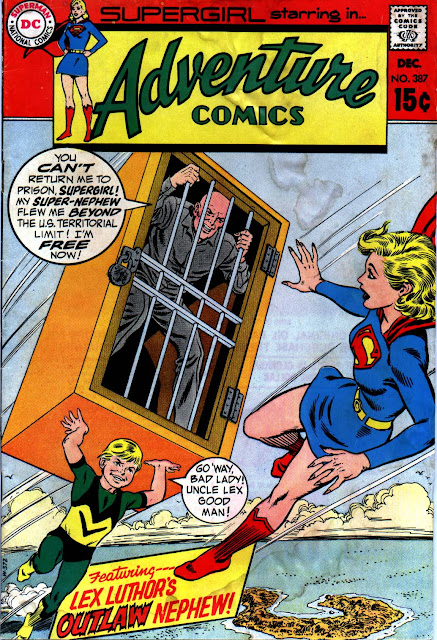 Here we get part one of  a two-parter with Lex's sister's kid becoming his unwitting criminal cohort. Lena Thorul's appearances were almost always confined to Supergirl stories if I recall correctly. She supposedly didn't know that her brother was the word's biggest villain in spite of having ESP.

The first story, here, though, is yet another old fashioned "Red K" style story, in this case with our heroine changing--apparently just from the waist up, into a werewolf of sorts. A twist ending featuring Superman makes it all better. 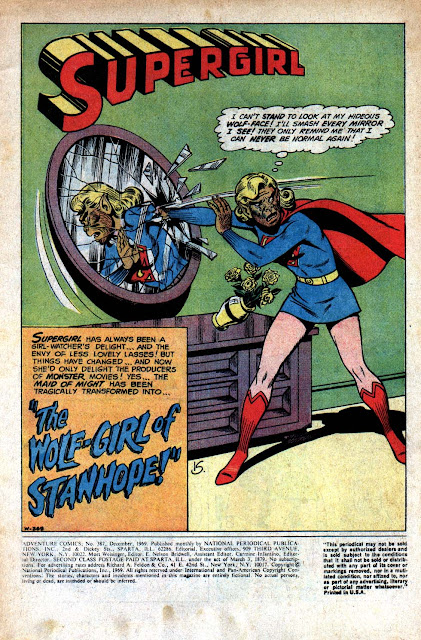 This Jim Mooney page seems to have been reprinted from a 1961 ACTION issue. 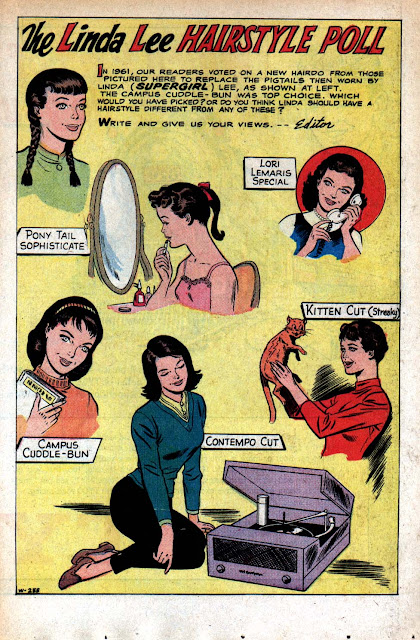 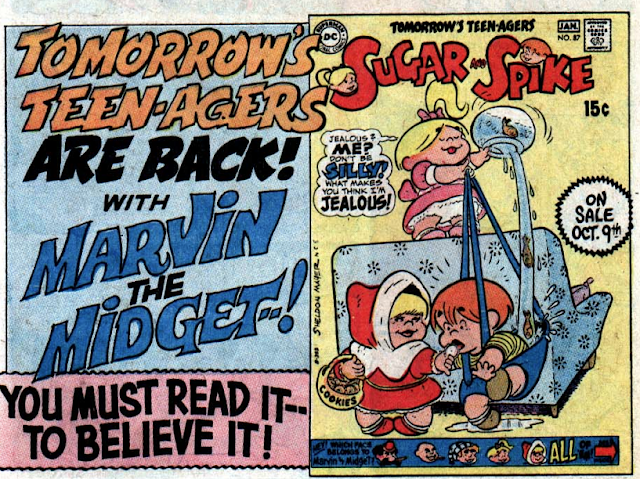 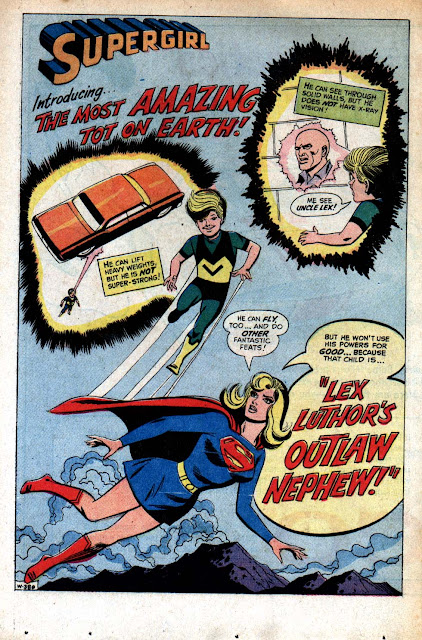 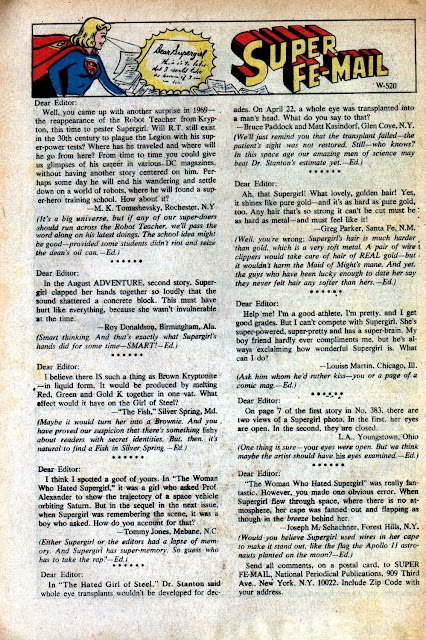