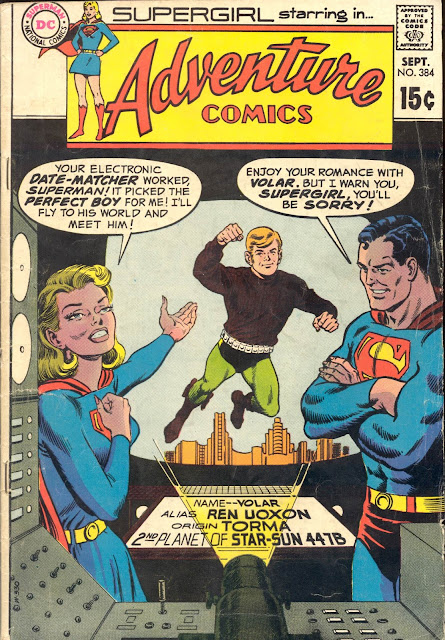 In the real world, Neil and Buzz were probably walking on the Moon when this ish was on the stands. In the comic, Supergirl travels to a distant planet to meet her "perfect mate." When she gets there, she finds it to be a very sexist planet, though. That isn't the worst of her issues even! In the end she finds the perfect boy for her is actually a girl! The heroine had to disguise herself as a male to avoid the same sexism Supergirl had encountered! 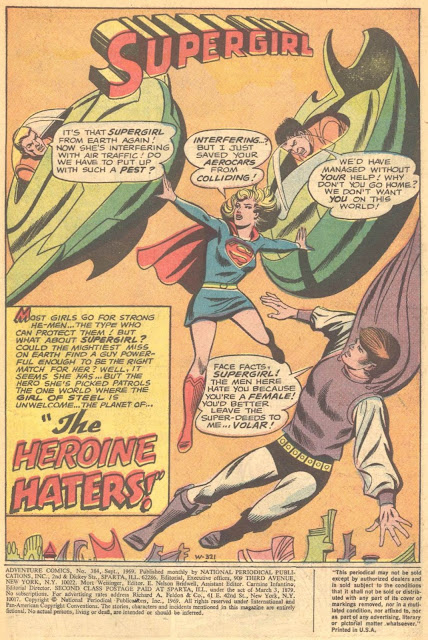 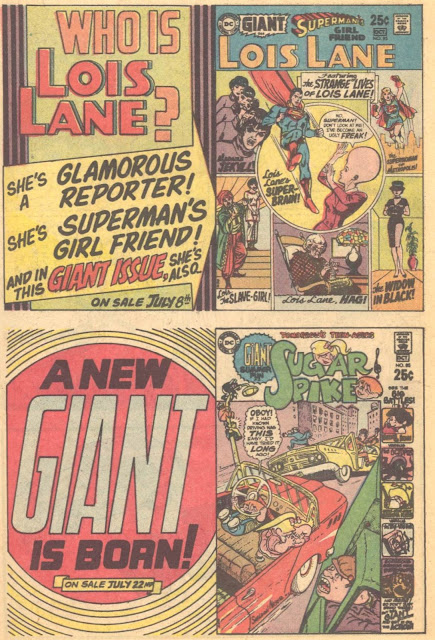 As always lately, we also get a more old-fashioned tale of the maid of Might. 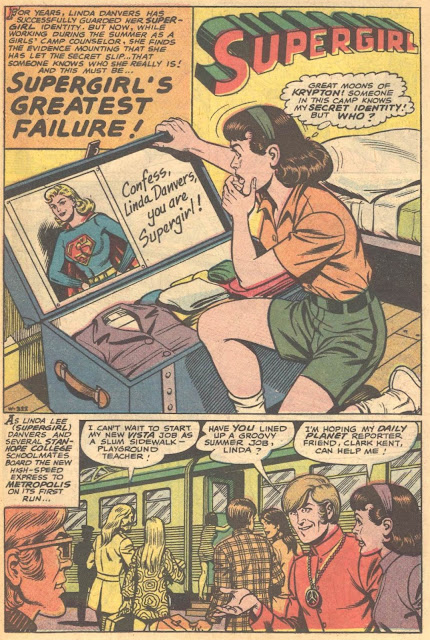 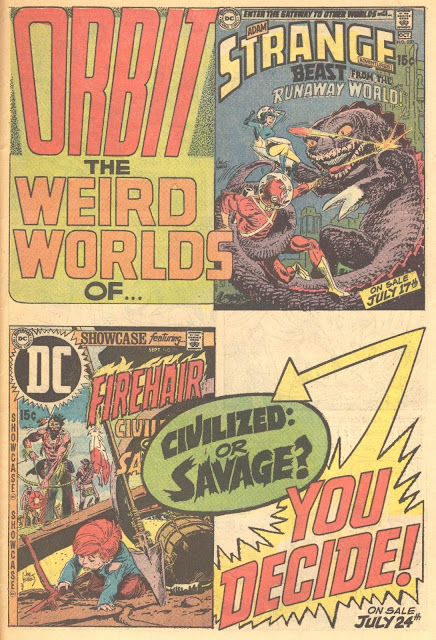 Someone suggests a costume change here. Little do they realize the can of worms they are opening in doing so. 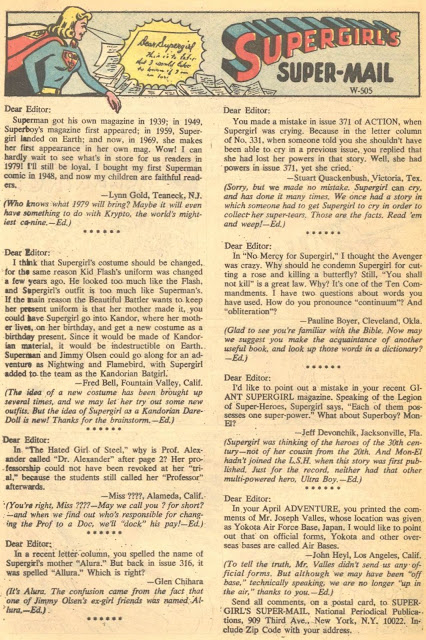