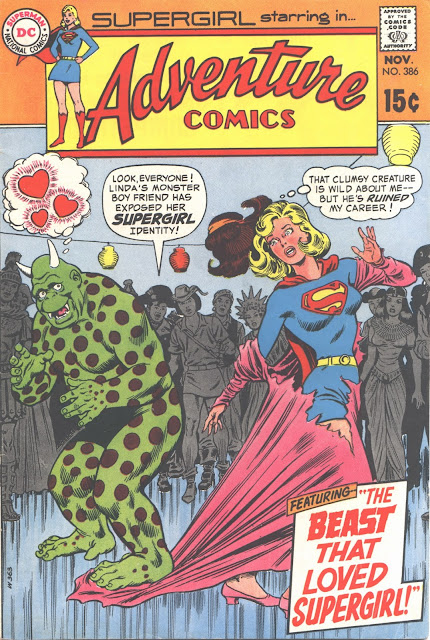 Perhaps the silliest SUPERGIRL story ever and yet it still falls in with the pattern we mentioned earlier. 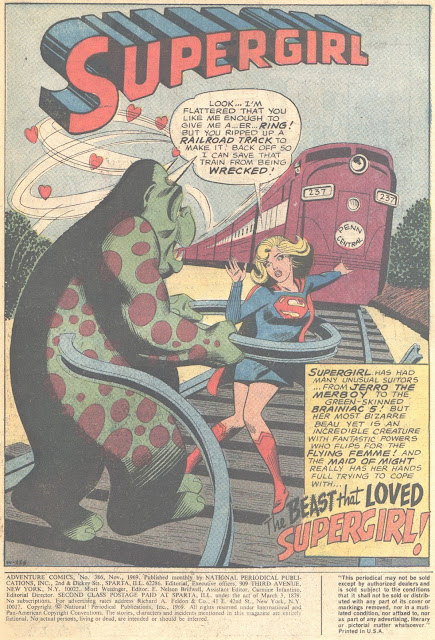 Batman and Superman were here announcing the coming of a new children's show on which they would appear--SESAME STREET. Not sure what happened but they certainly never appeared much. Although way too old to be the target audience, I watched regularly just to catch them and only once did I do so! 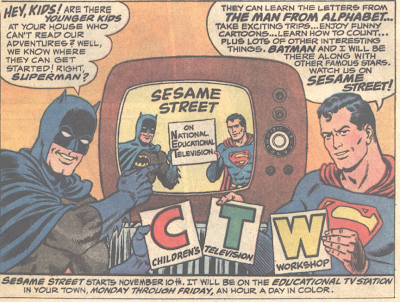 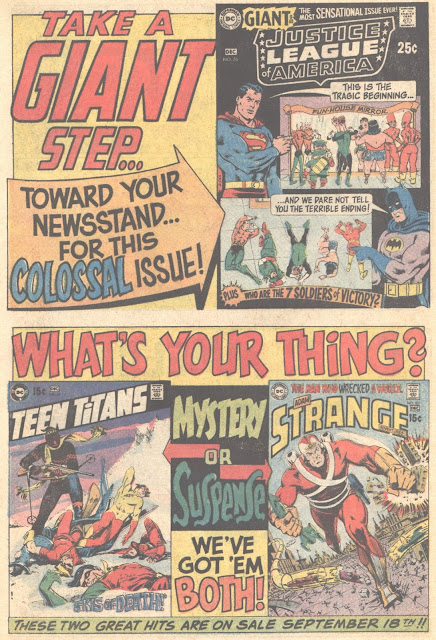 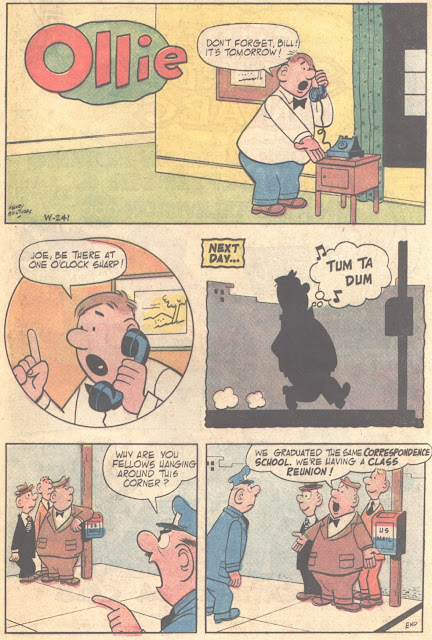 ABC's cartoon shows that year weren't amazingly memorable but their ad campaign was. I still have my Super Saturday Club stuff! 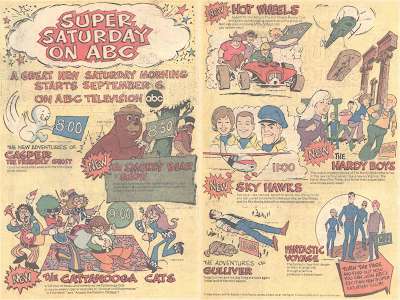 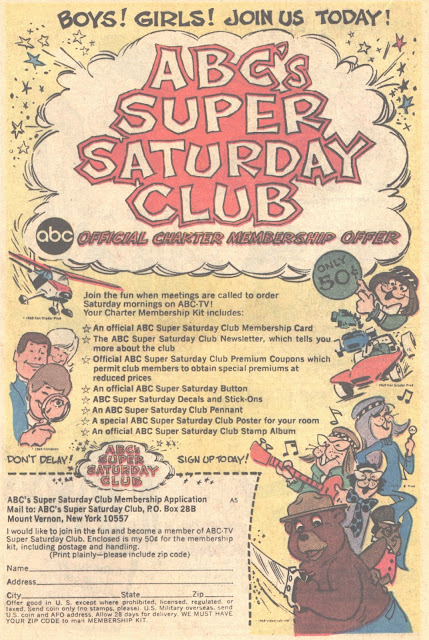 Another truly terrible tale that smacks of bad Lois Lane reruns, good artwork and all. 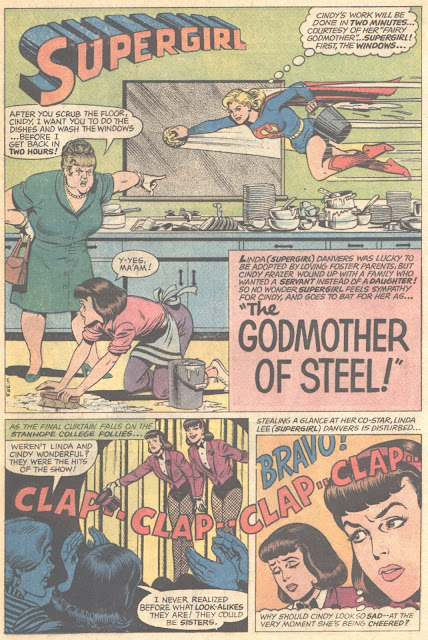 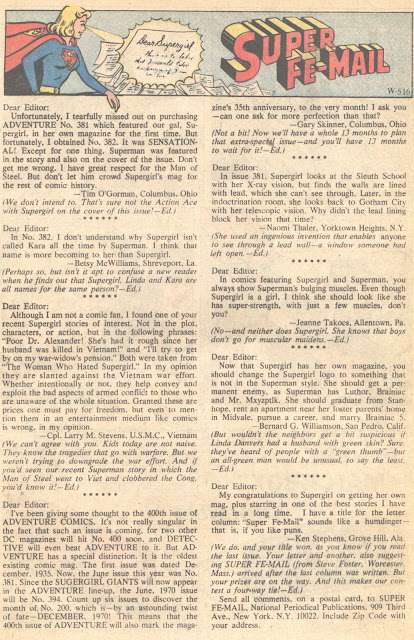 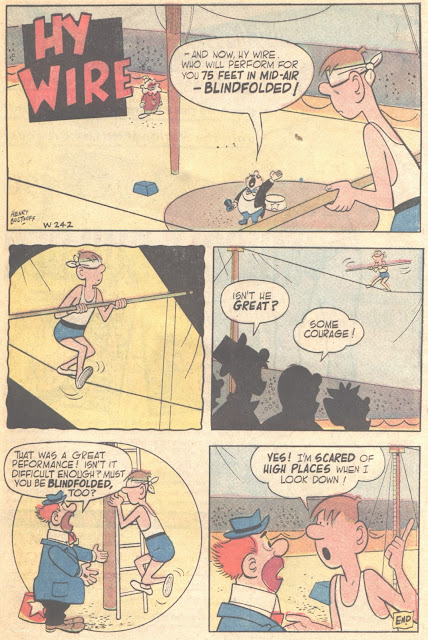