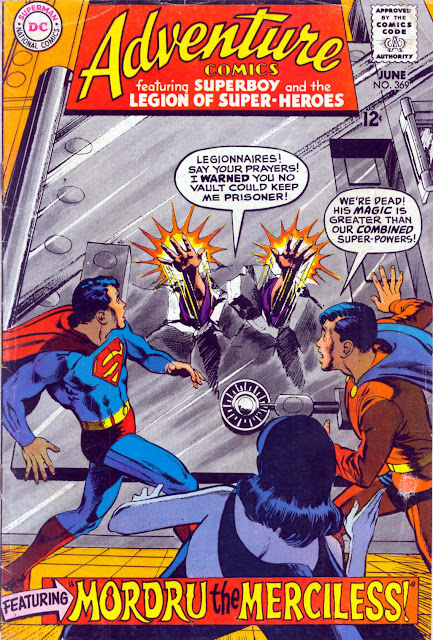 For the first time in a while we get another excellent two-parter, this one very atypical of the series as a whole both in plot and art. It's also the introduction of villain Mordru who would infamously be seen water-skiing a decade later on the inane LEGENDS OF THE SUPERHEROES TV special. 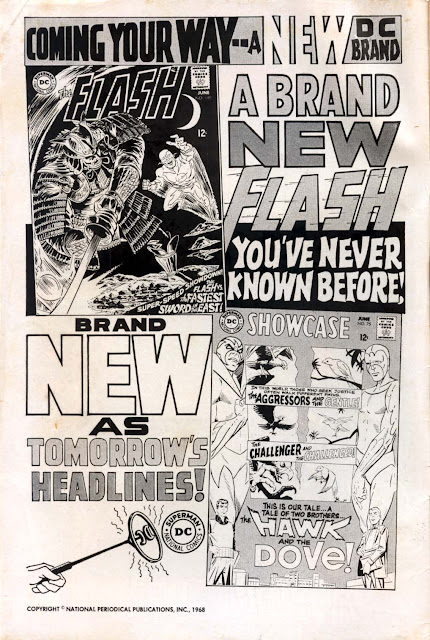 As seen in the ad above, DC was attempting to reinvent itself for the times. This was when Dick Giordano came over from Charlton, bringing along Steve Ditko, Jim Aparo, Denny O'Neil and others. Frank Robbins also made his first forays into non-newspaper comics, initially as a writer on FLASH and BATMAN. The issue seen above was, I believe, his first. It's filled with a bizarrely racist script in retrospect but oddly has more characterization than that series had seen in a while.

The Legion story debuts the new team of Curt Swan and Jack Abel who would also take over in SUPERMAN. Abel was an odd match for Swan but he definitely provided the different "look" DC wanted.

The plot had four Legionnaires going back to Superboy's time and making themselves forget their other identities...all to hide from Mordru, a previously unseen by the reader villain. 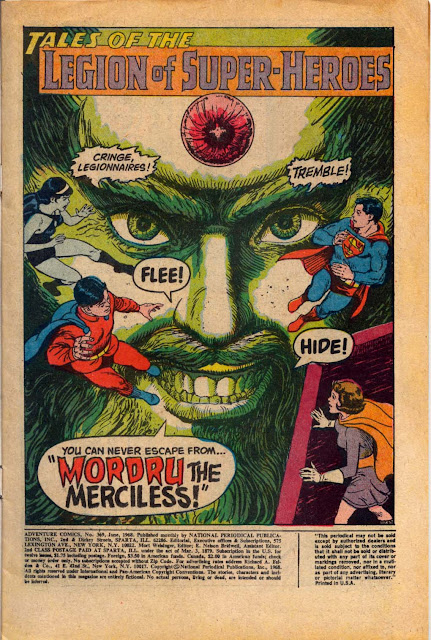 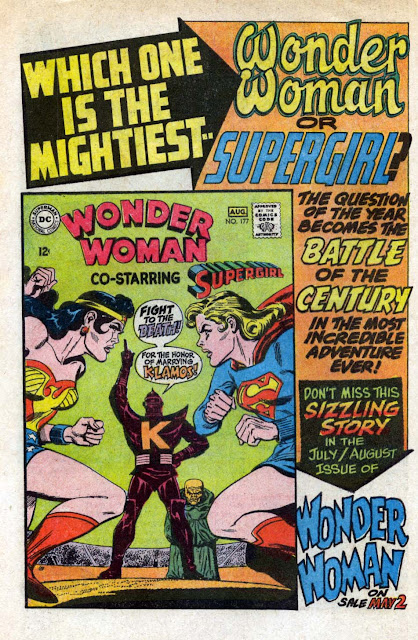 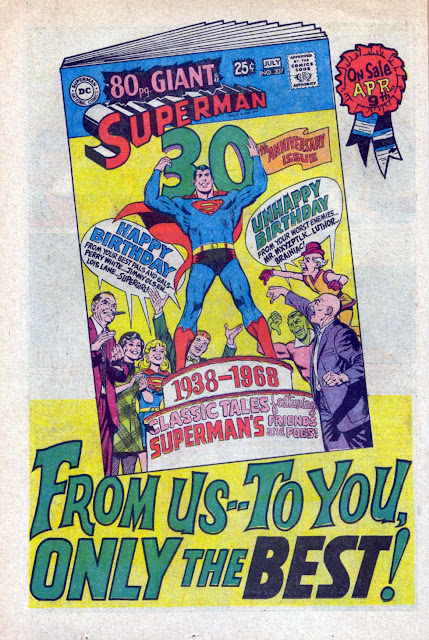 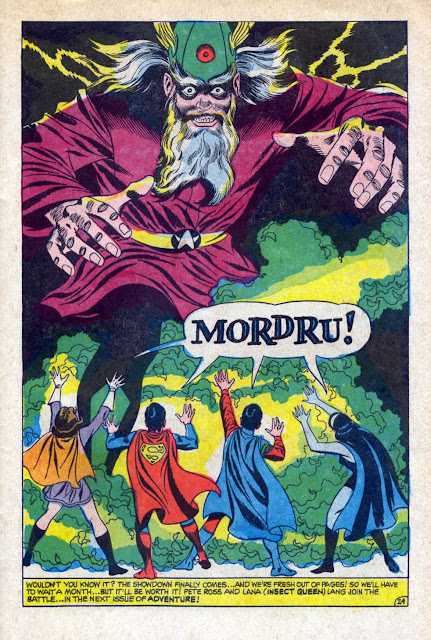 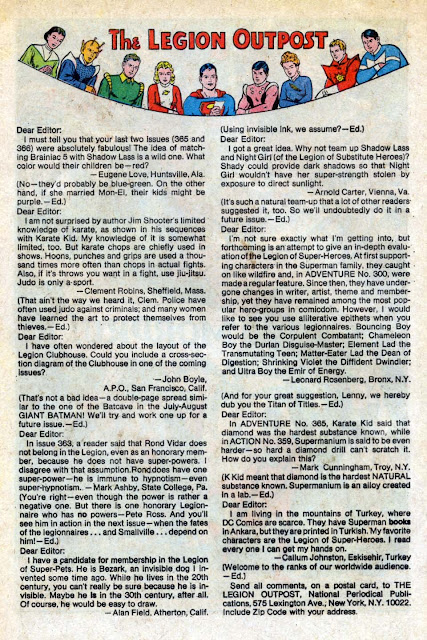 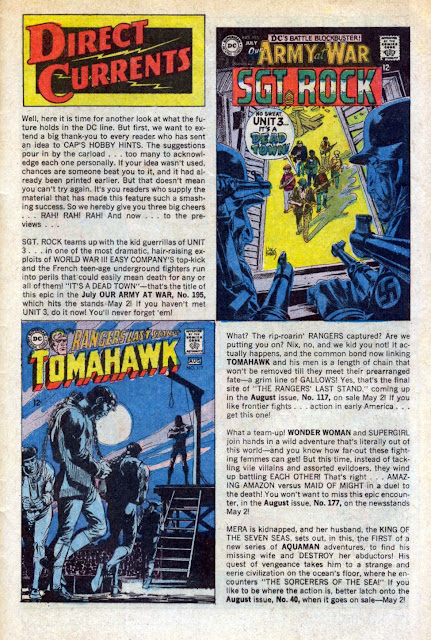 Note the infamous nuclear sub we all fantasized about so much! It was actually a barely workable selection of cardboard boxes. The nights I lay awake dreaming of taking the sub for a cruise in the Ohio were much better than the reality for those who actually ordered it. 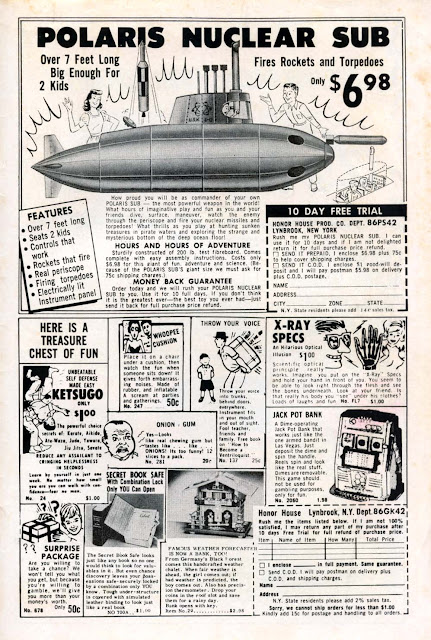