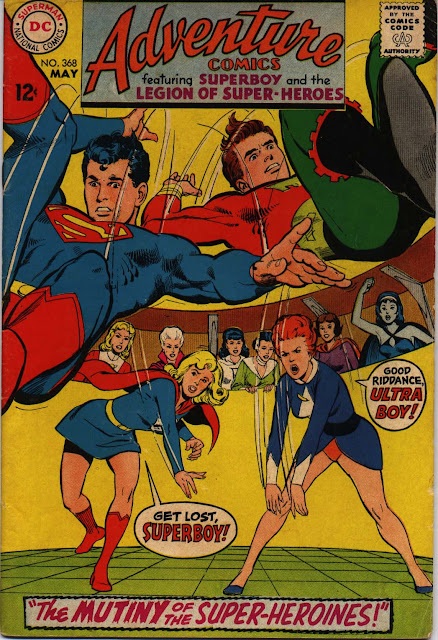 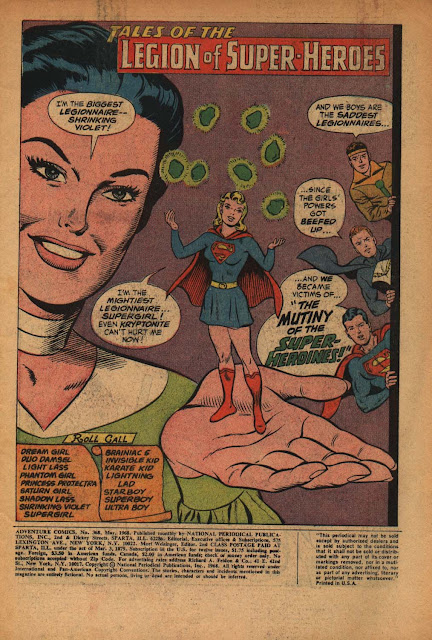 Since ADVENTURE never did get its own 80 Page Giant in the Silver Age, it was left to a SUPERBOY 80 Page Giant to reprint the Death of Lightning Lad saga previously published here. 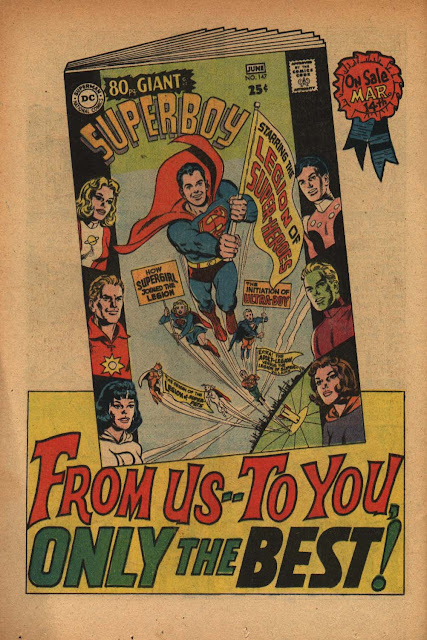 Ultra Boy proves to be the winner of the election for new Legion leader amongst the fans in the letters column of recent issues. 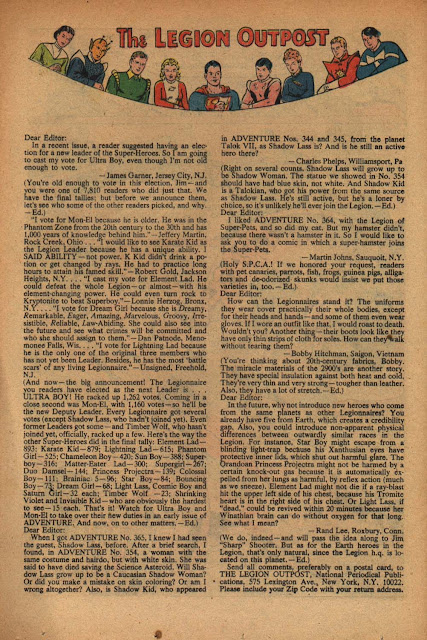 Unfortunately, 1968 would prove to me to be the year that many DC titles "jumped the shark."Among those I found myself liking less and less were the two seen here, THE ATOM and CHALLENGERS OF THE UNKNOWN. 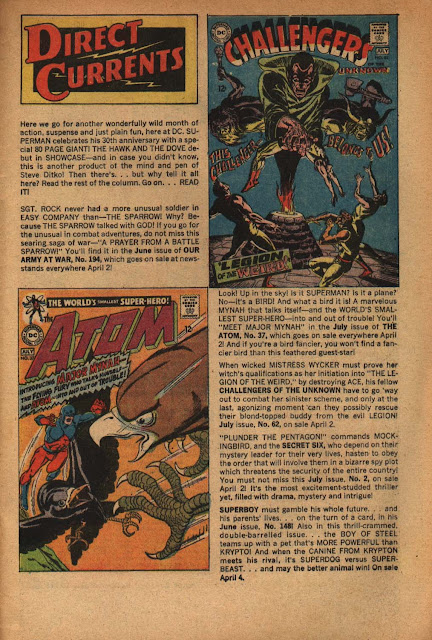 Even the TV shows weren't quite as good as they had been just a season earlier. I was not a big fan of THE INVADERS. 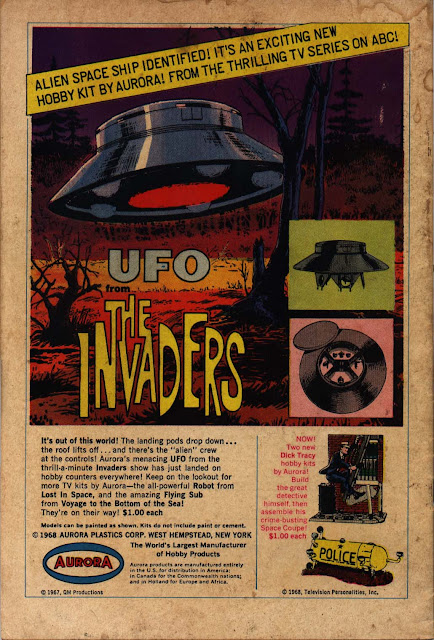