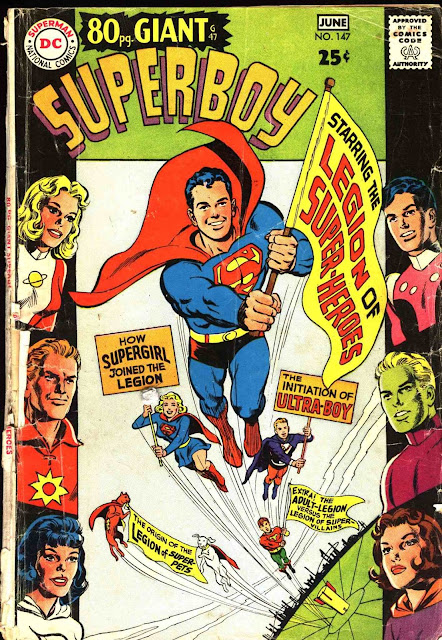 Here's the one-off LEGION OF SUPER-HEROES 80 Page Giant that appeared under the SUPERBOY banner. I mentioned it yesterday and got everything about it completely wrong so I thought we should take a closer look at it, starting with the absolutely lovely faces on the cover drawn by the unlikely team of Curt Swan and Neal Adams.

I had said yesterday that this reprinted the Lightning Lad Saga but that was actually later. This one was highlighted by an all-new attempt at the Legion's origin, written by DC's continuity king, E. Nelson Bridwell and drawn by Pete Costanza. The rest of the issue is rounded out with pre-LEGION series that tie in to LSH continuity. These include some Superboys, a Supergirl and a Supermanfeaturing the first, almost throwaway, Adult Legion appearance. 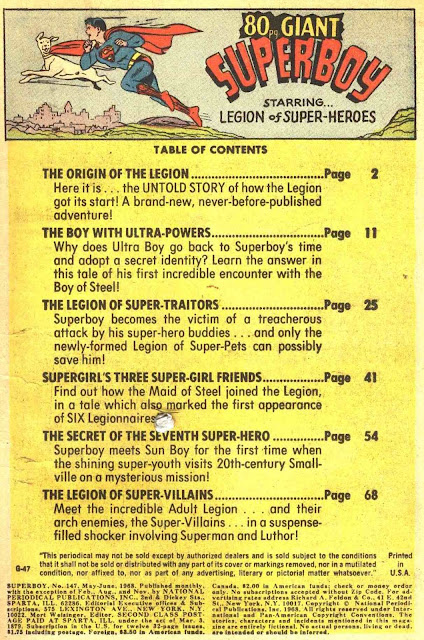 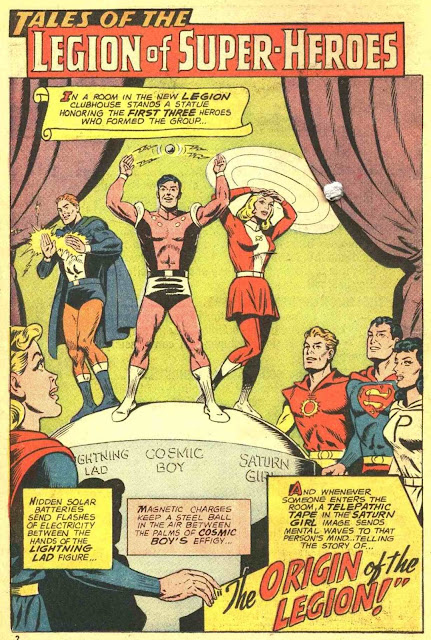 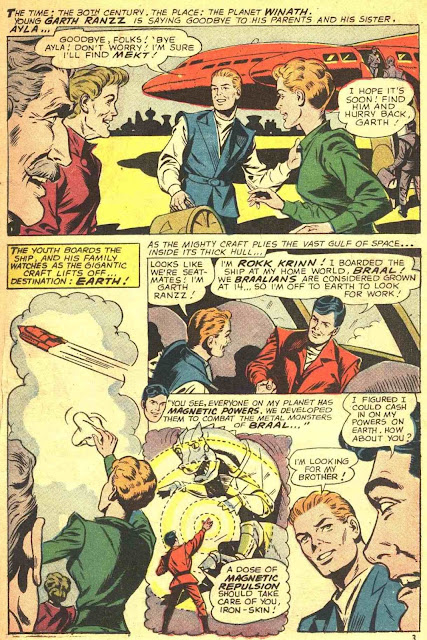 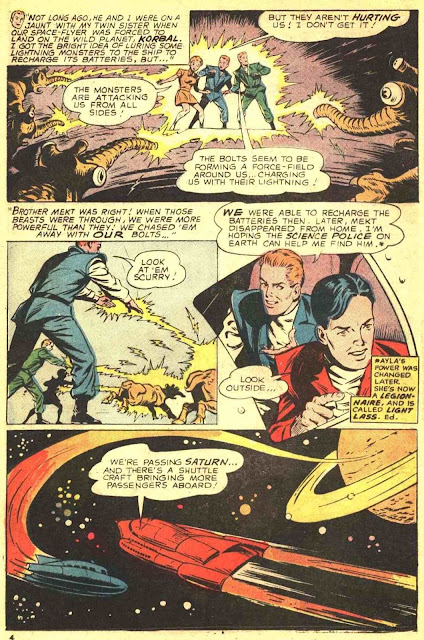 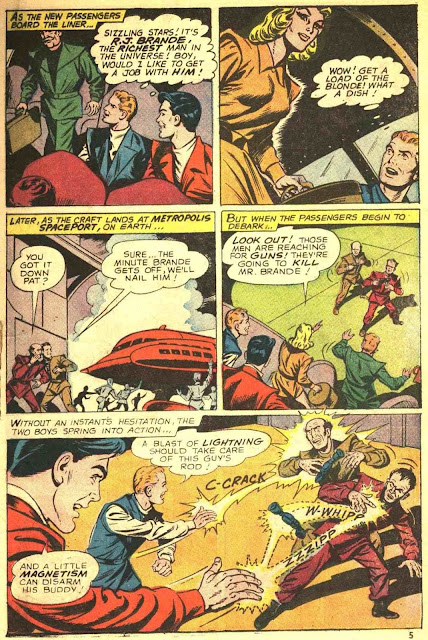 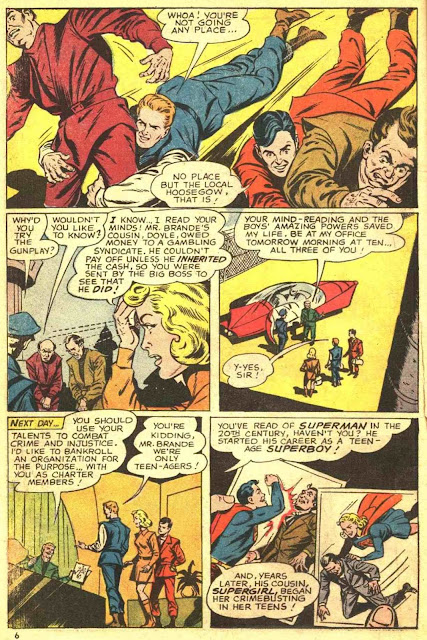 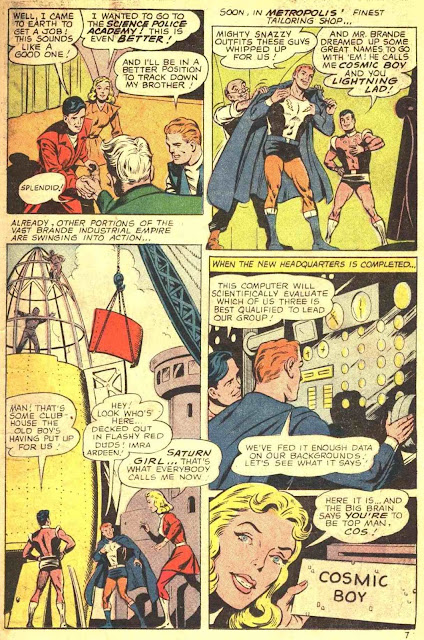 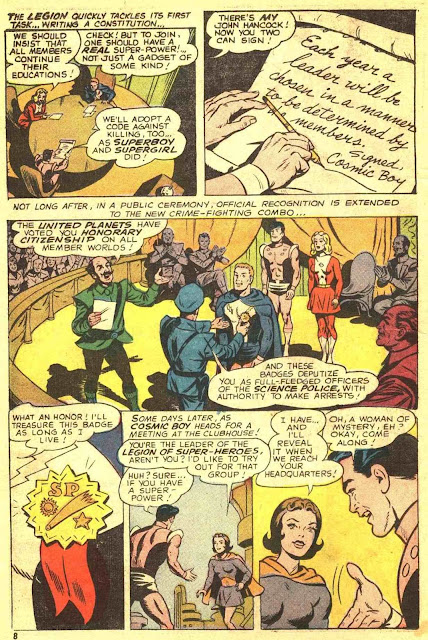 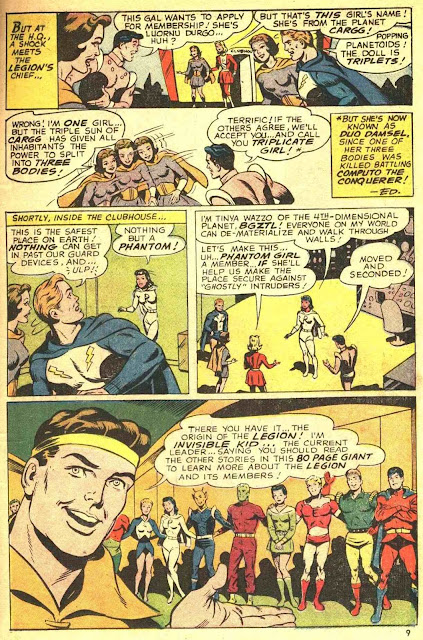 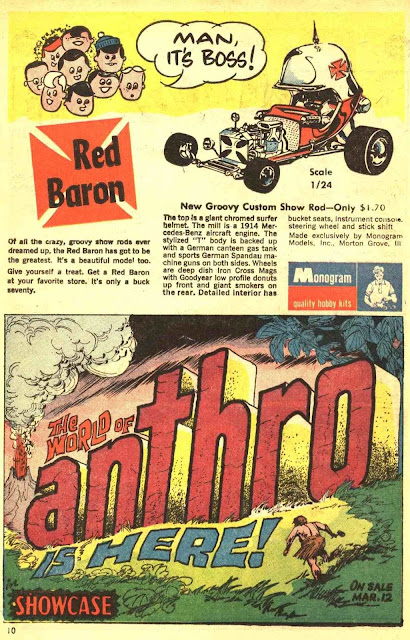 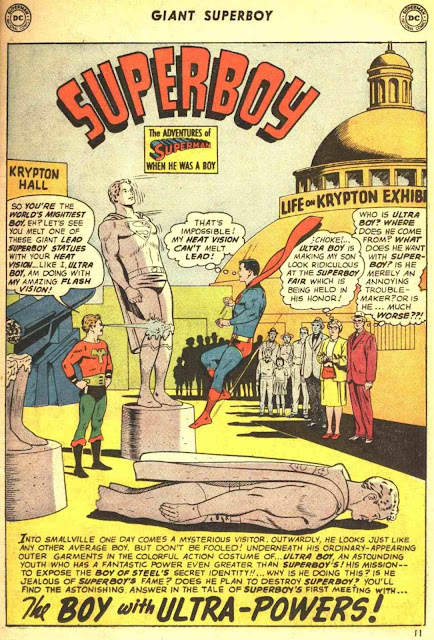 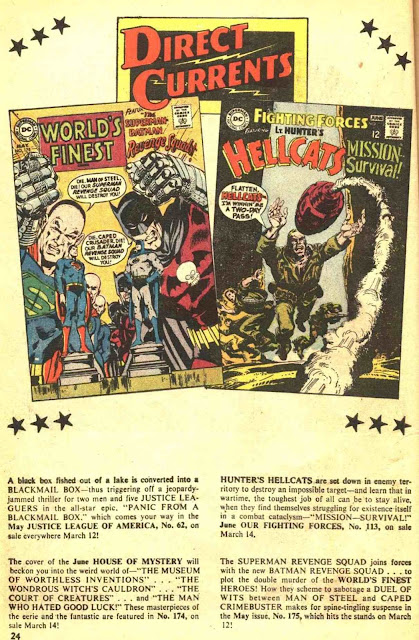 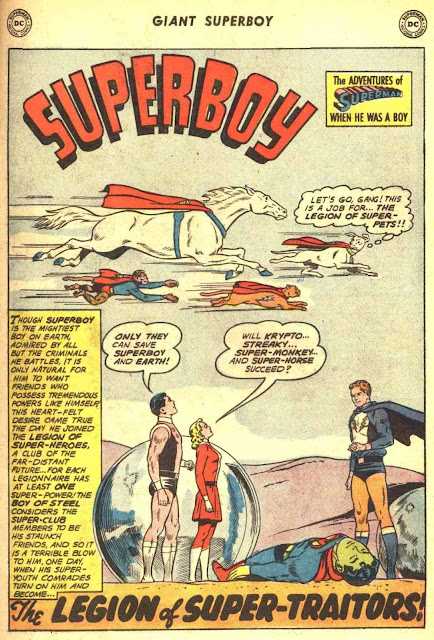 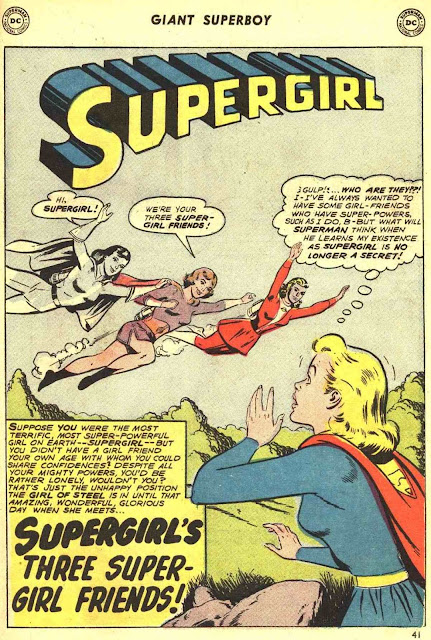 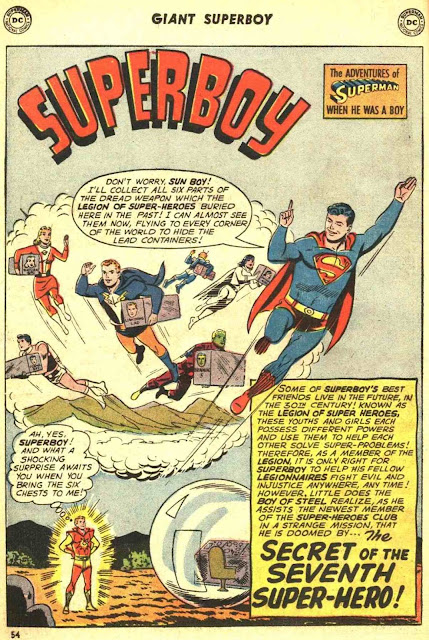 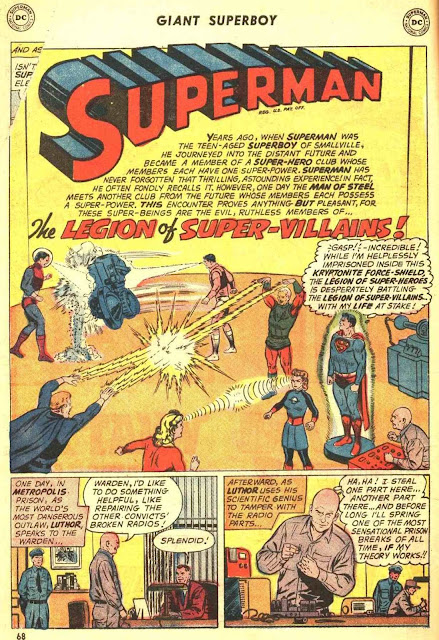 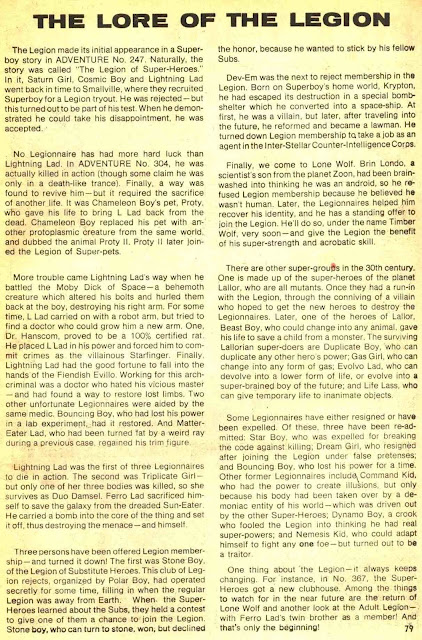