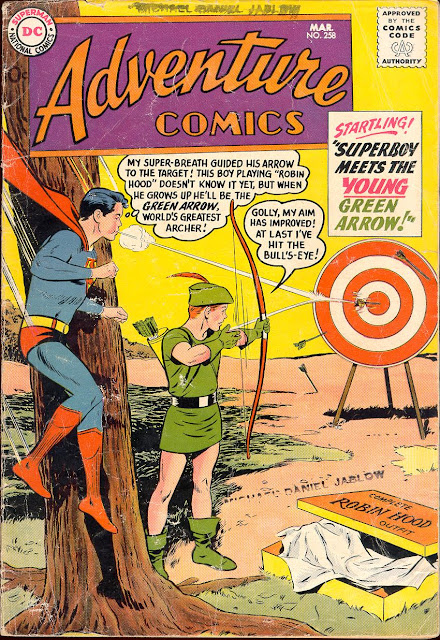 This was the issue on the stands the month and year I was born. Team-ups weren't easy with the Boy of Steel because of his supposed place in Superman's timeline. They must have been popular, though, so here we have him meeting the young Oliver Queen. Never mind trying to reconcile any of this with the GA origin we had just a couple of issues back, 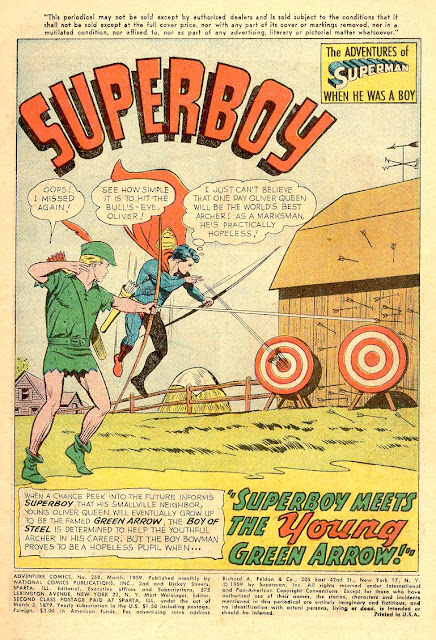 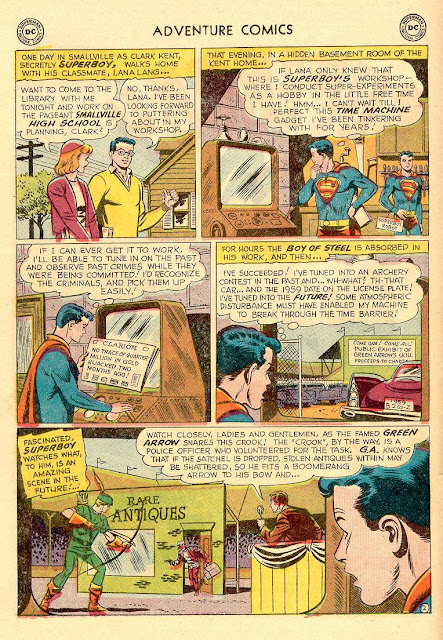 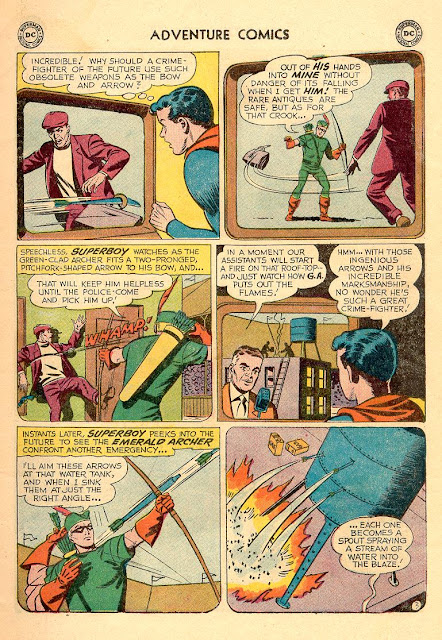 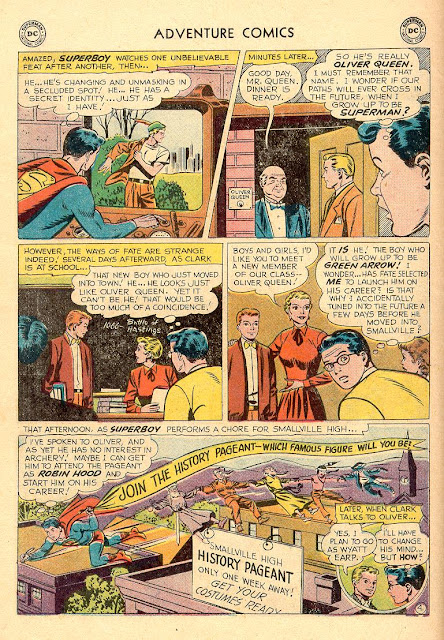 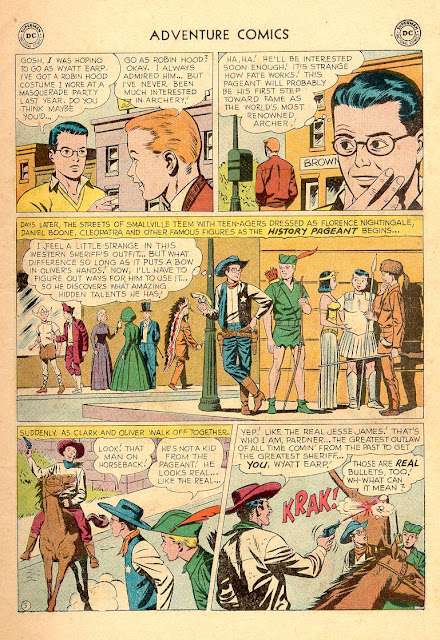 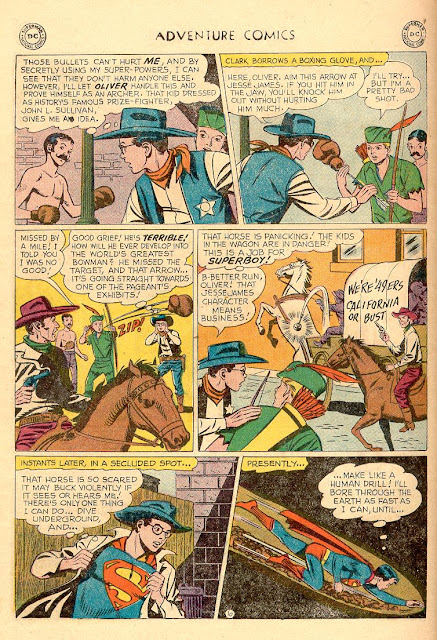 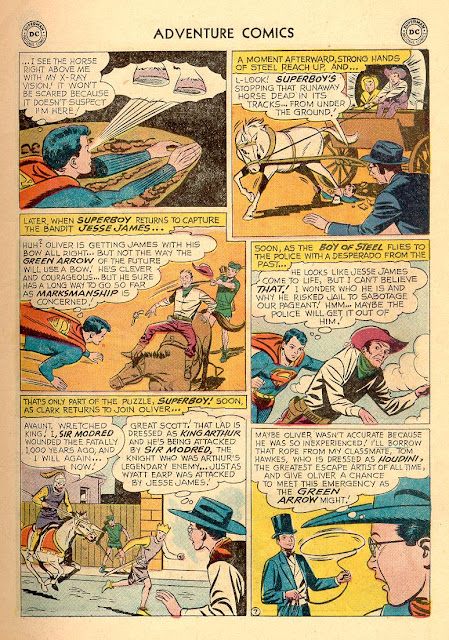 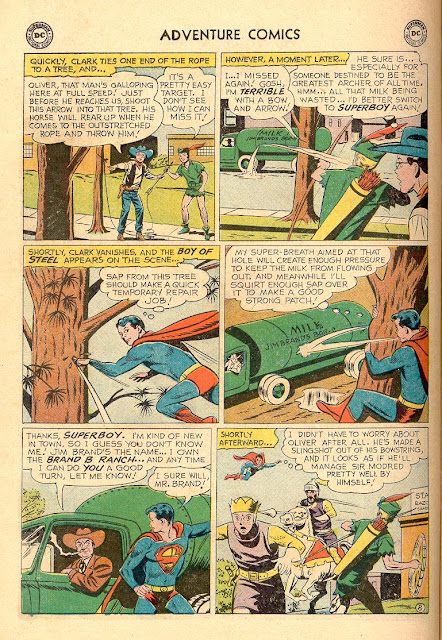 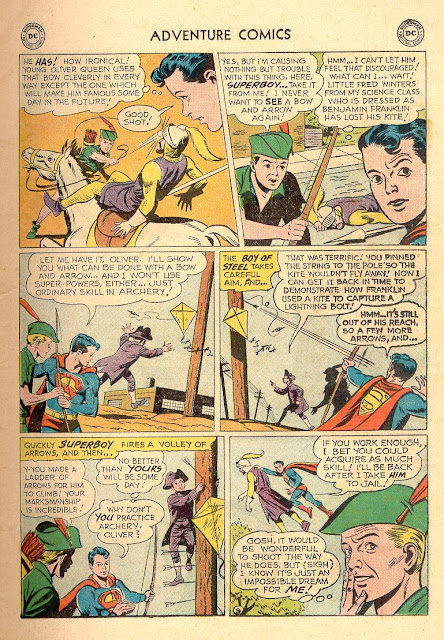 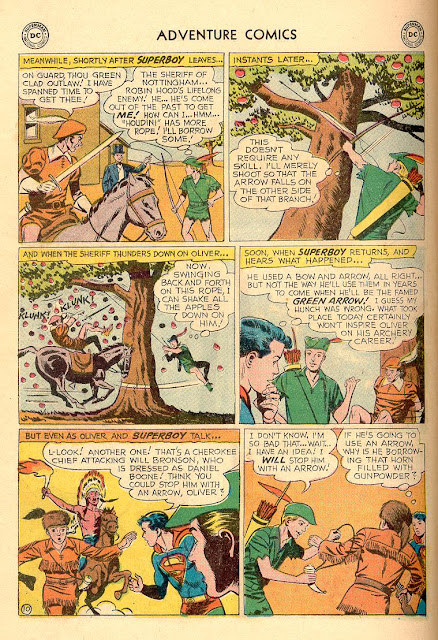 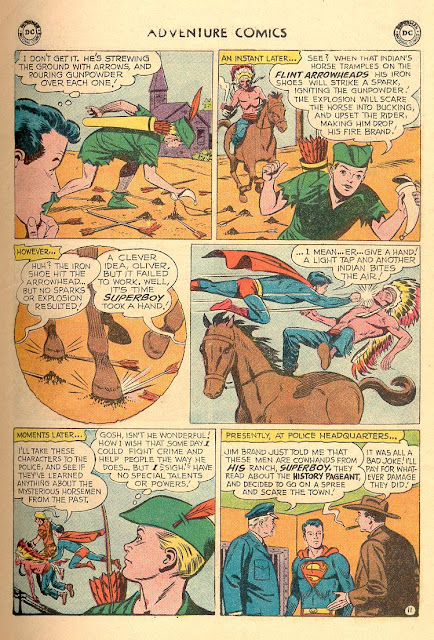 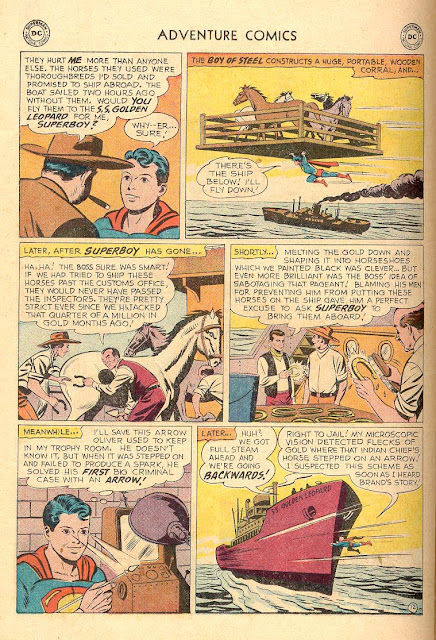 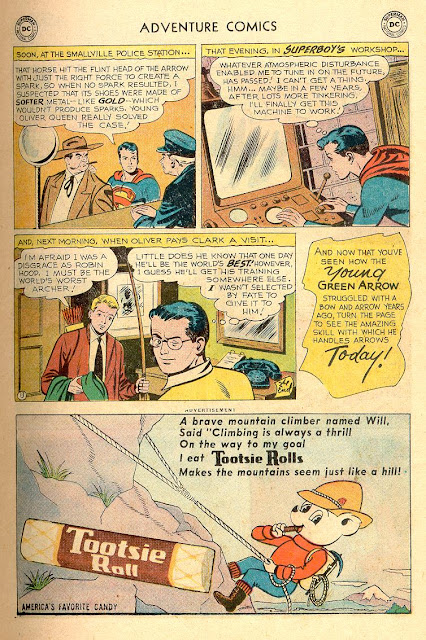 Meanwhile. Elias has already developed more of a feel for the Green Arrow series. Looking good. 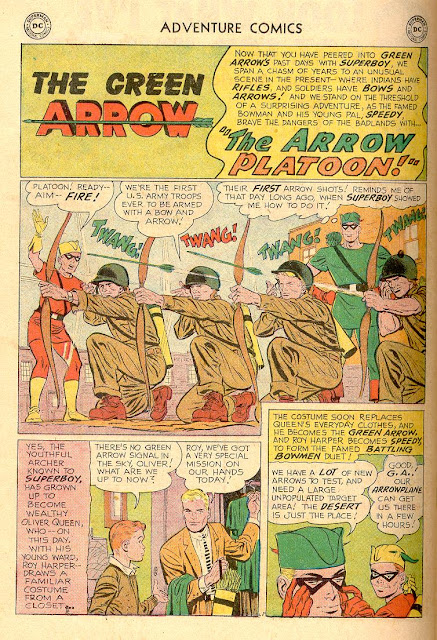 The initial letter here shows the confusion the editor (or his assistants) must have had since they refer to ADVENTURE as "our companion magazine" when, obviously, this actually was ADVENTURE. Also, we have another letter from a Bob Oechsner. Sounds very similar to DC artist Bob OKSNER. Over the years, DC (and Marvel, too) would sometimes fake letters in order to get info and plugs in when no one was giving them an opening. Was that the case here or was this guy legit? Finally, there's a letter questioning Aquaman's powers that's very similar to one from two issues back. 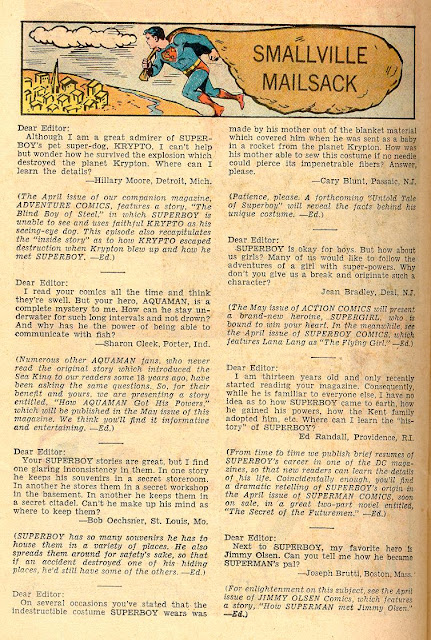 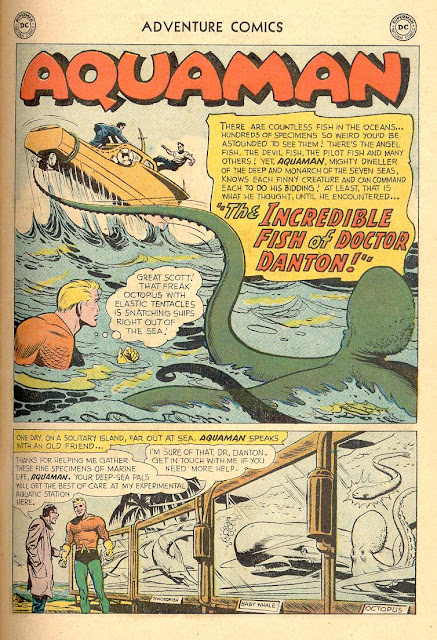 Yikes! That army grenade suuuuuure looks real. As far as the celebs of the day, we see Ricky Nelson bigger than Elvis, then also Pat Boone and Debbie Reynolds. Not sure who the other guy is. Hmmmm...Odd to see aging veteran Ward Bond on that list, too--obviously due to his latter-day WAGON TRAIN success. He only had about 2 years to live at this point. 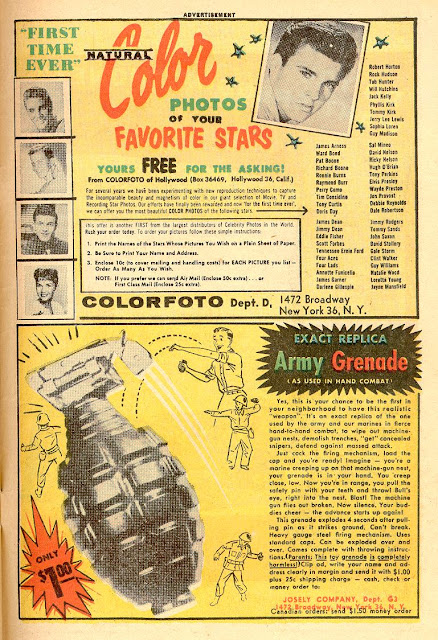