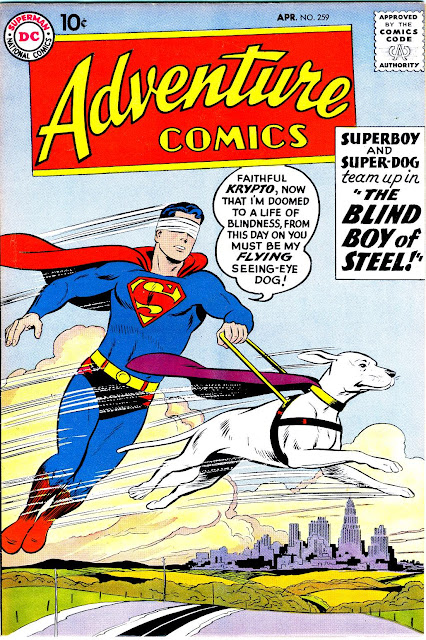 Seems odd visualizing that I was now alive somewhere in the world when this issue hit the stands. It would still be about 7 years before I'd discover ADVENTURE COMICS but from this point on, it was inevitable that I would! 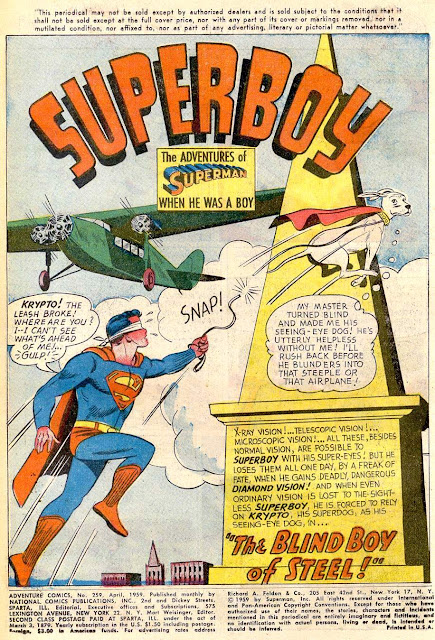 The real story this month, though, was over in ACTION COMICS. By this point, longtime readers had seen half a dozen or more "super-girls" in the Super titles. This one, from the beginning, was meant to stick...and stick she would, for more than 25 years! 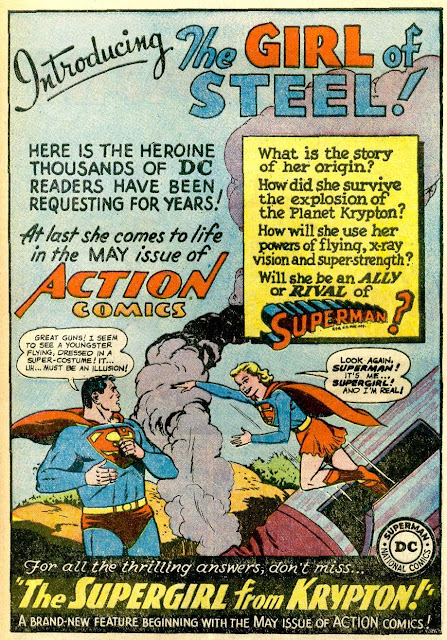 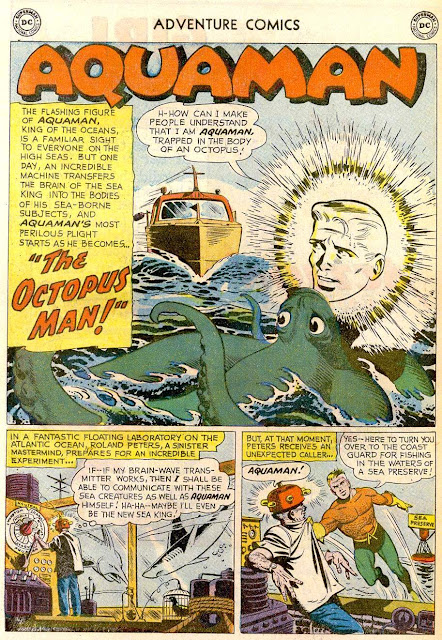 This issue repeats yet another variation on the "How does Aquaman do what he does?" letters and that sets up next issue's revised origin story. 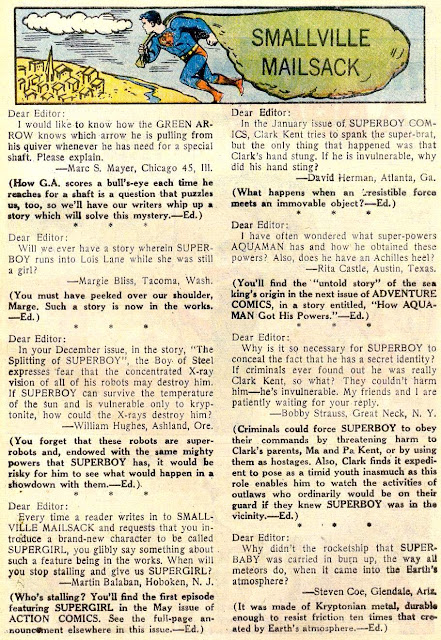 Finally, let's take  alook at some of that sweet Lee Elias artwork on GA. The artist just seemed to get better and better with his final work appearing in very late Warren titles. He would become a much respected instructor at the Kubert School, also. 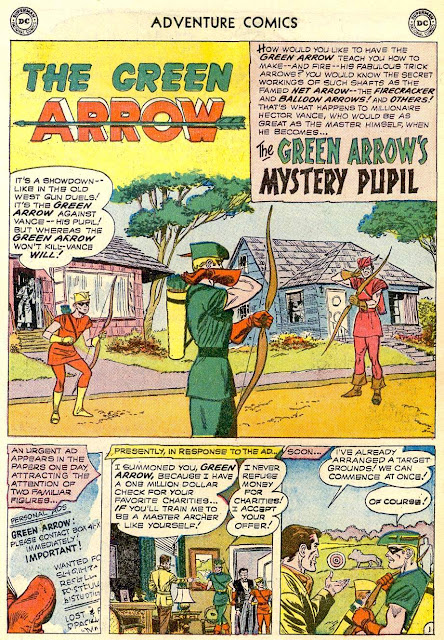 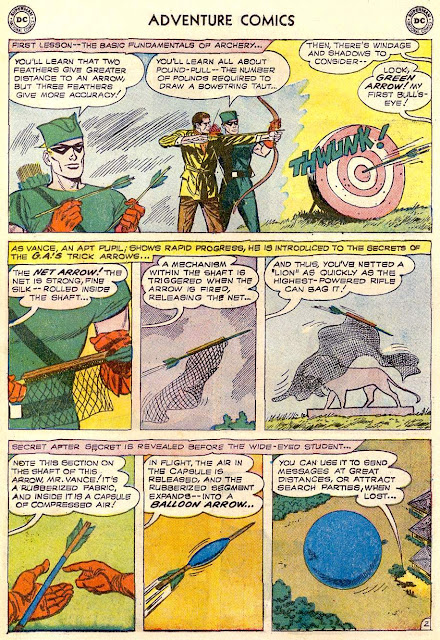 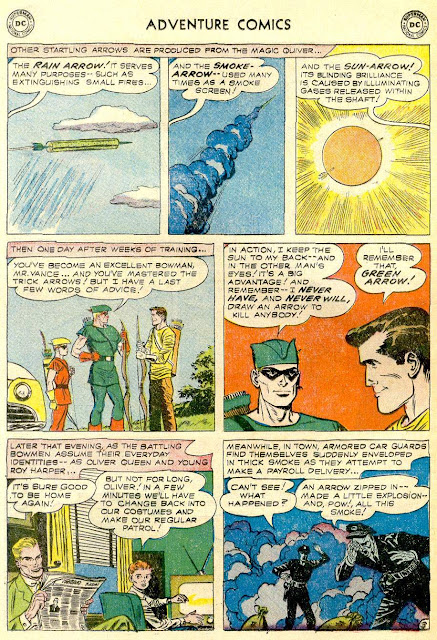 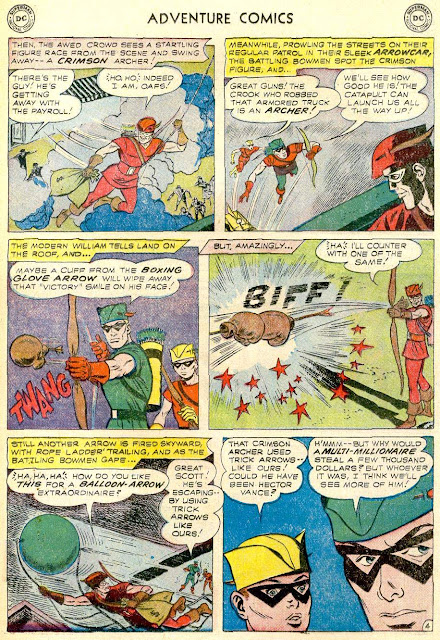 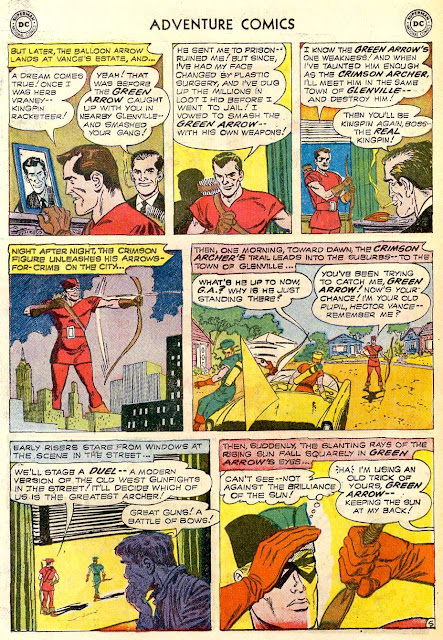 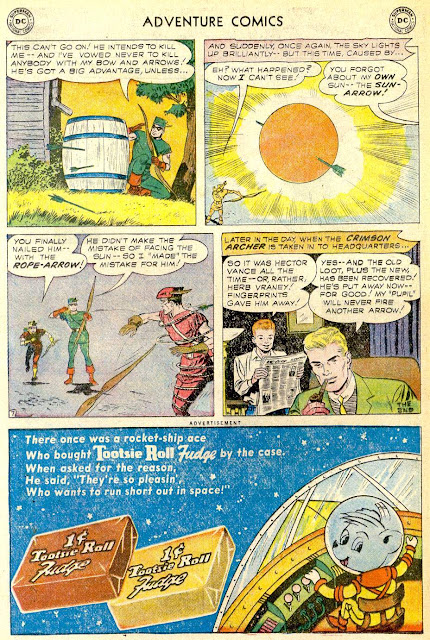