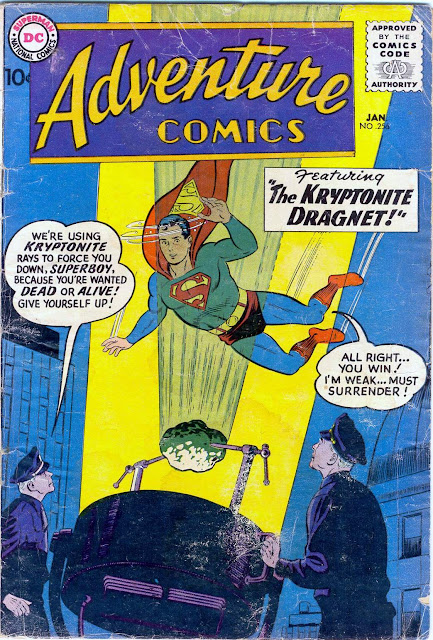 Here we have the January, 1959 issue. I was born in January of 1959! But remember, this was on the stands in November as evidenced by a Christmas Daisy ad. Note the major use of the word "dragnet" for SUPERBOY, undoubtedly to bring to mind the popular long-running radio and by then TV series with Jack Webb. 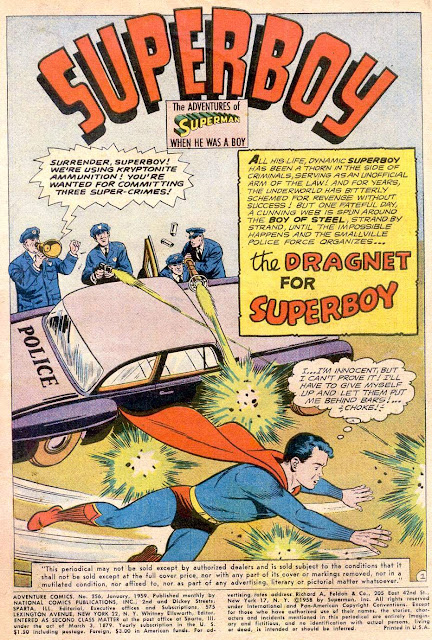 Titano wasn't really one of the great Superman antagonists but he was and is definitely fondly remembered despite being a blatant King Kong rip-off with Kryptonite vision. 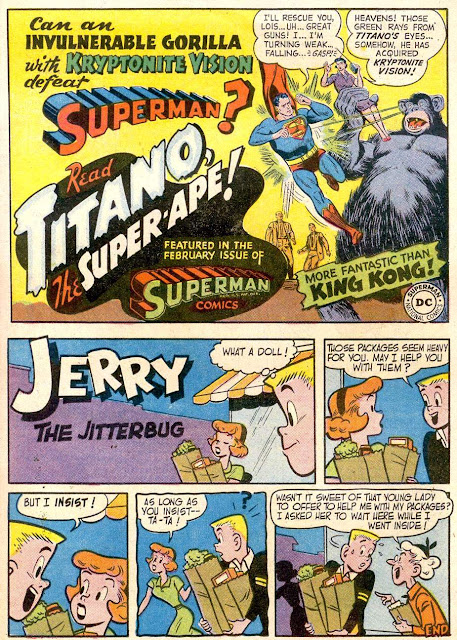 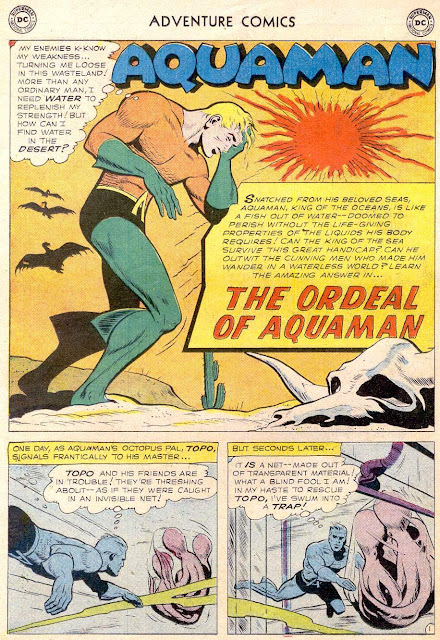 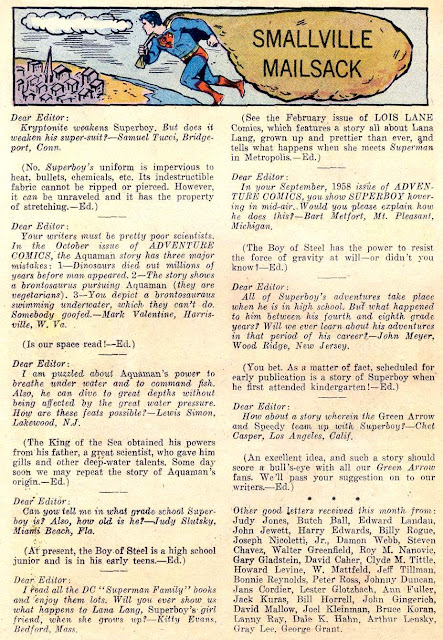 Here's Kirby's oft-reprinted origin for the Green Arrow, aided and abetted by wife Roz on some of the inking and backgrounds. 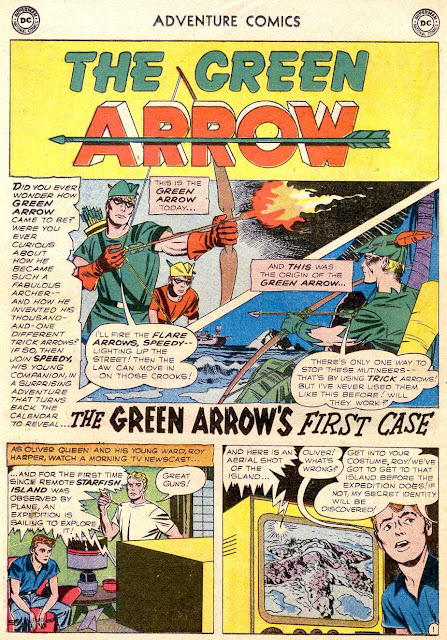 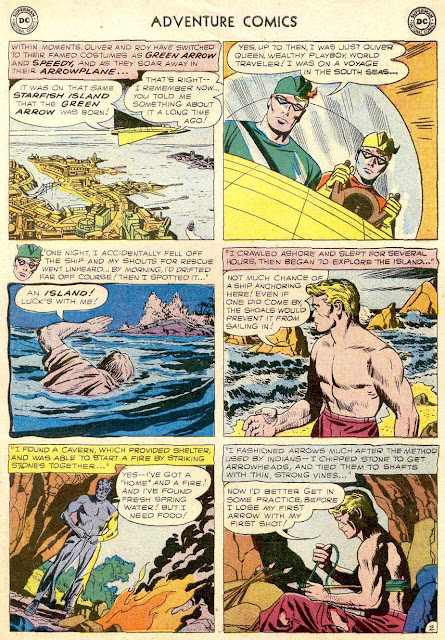 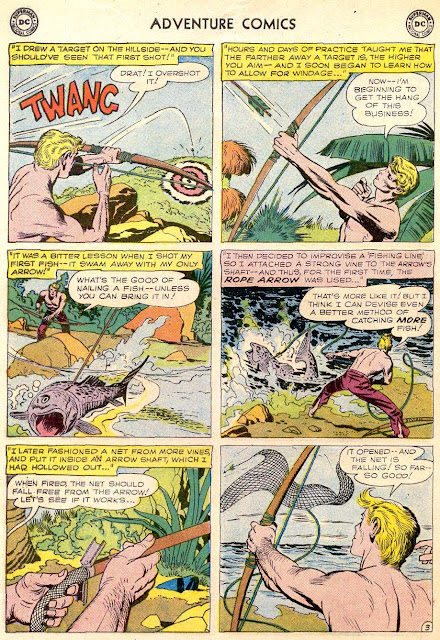 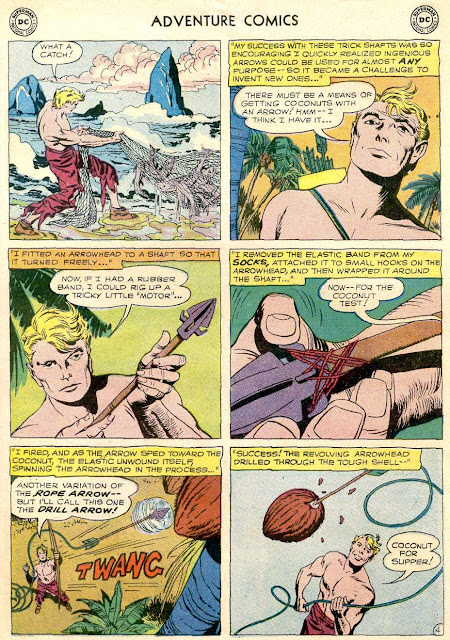 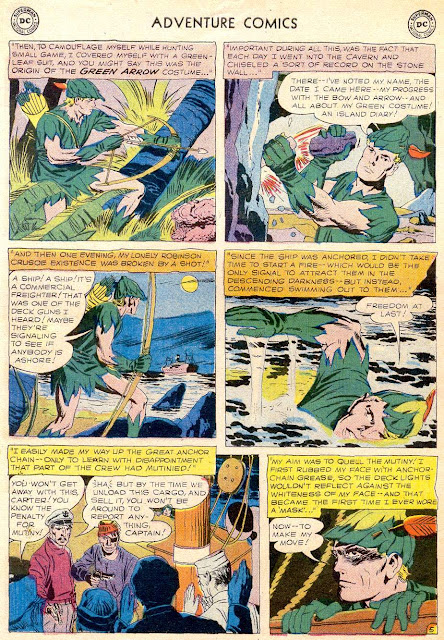 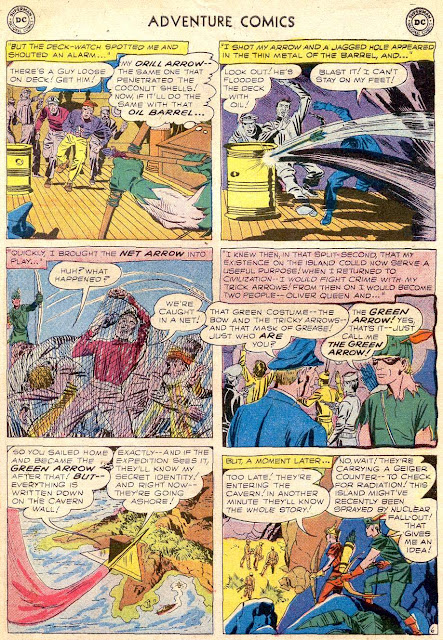 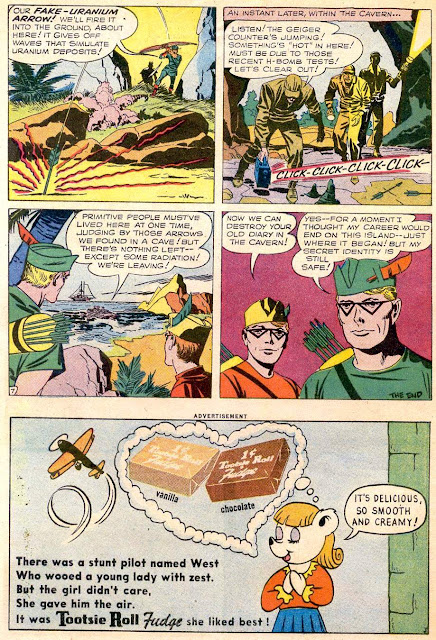