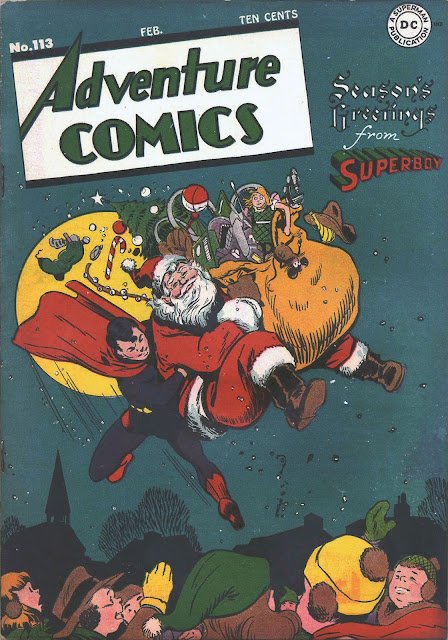 A lovely holiday cover shows that this February-dated issue was actually on-sale in December.
The SUPERBOY Christmas story below was previously posted in its entirety last year on our Rondo-nominated FOUR COLOR SHADOWS blog and you can read it here. 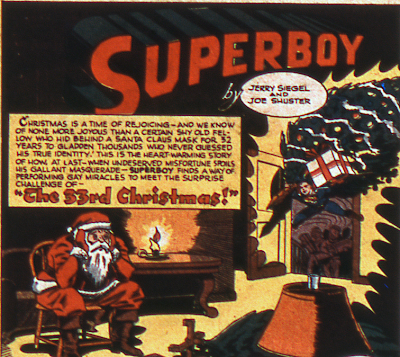 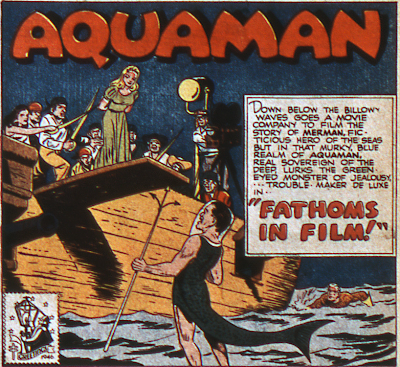 With BATMAN strips running in DETECTIVE, BATMAN and WORLD'S FINEST, Robin got his chance here with the start of a long-running solo series in STAR-SPANGLED COMICS. Well...it was supposed to be solo. After a while, even though the mostly Jim Mooney-drawn strip still kept the same title, Batman's appearances became more and more frequent. 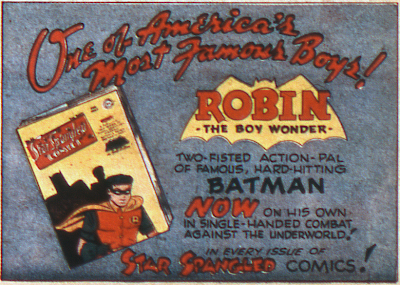 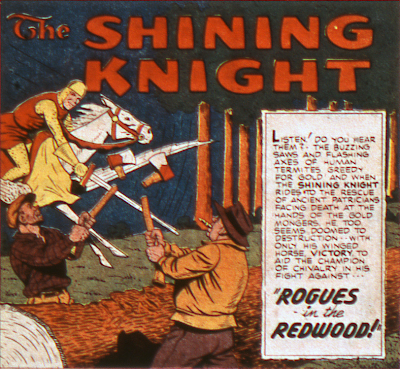 Peter Porkchops would later be co-opted by Roy Thomas as one of his odder Golden Age revivals, this one in CAPTAIN CARROT AND HIS AMAZING ZOO CREW, co-created with Scott Shaw! Peter became the superhero, Pig Iron. 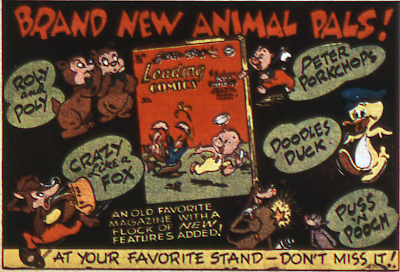 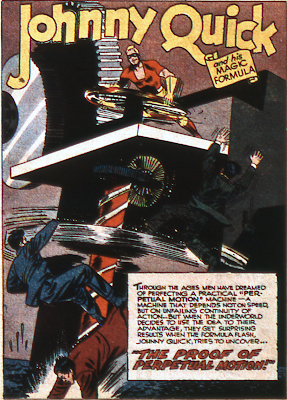 I'm sorry, what? Green Arrow and Speedy go up against a villain referred to as "The Clown Prince of Crime,"he has a white face, a pointed nose and a pointed chin, wild, oddly colored hair, and he's called...The Bull's Eye. Seriously??!! Does the Joker know about this fellow? 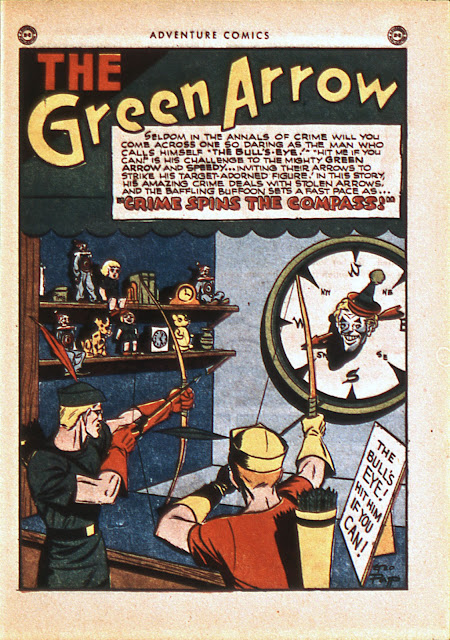 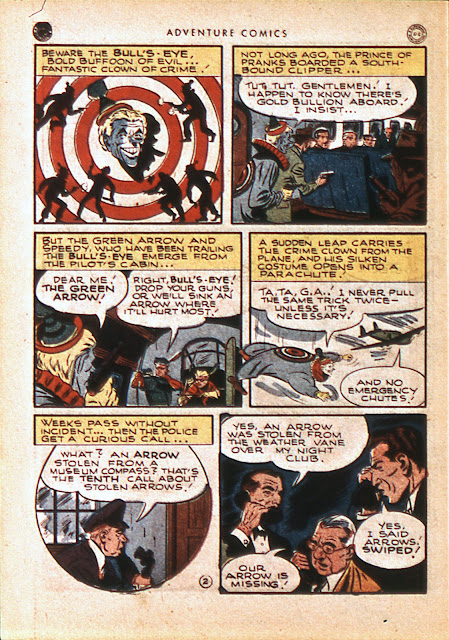 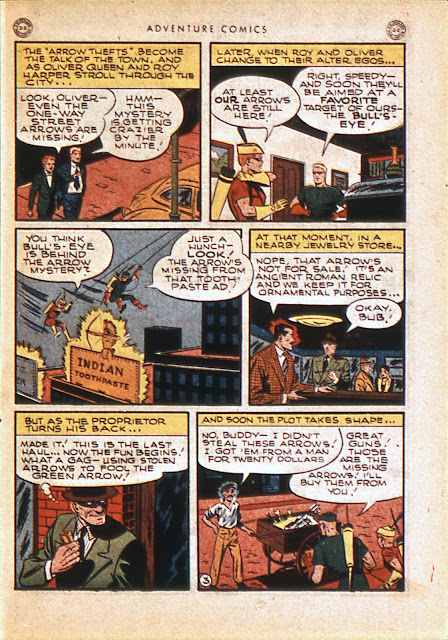 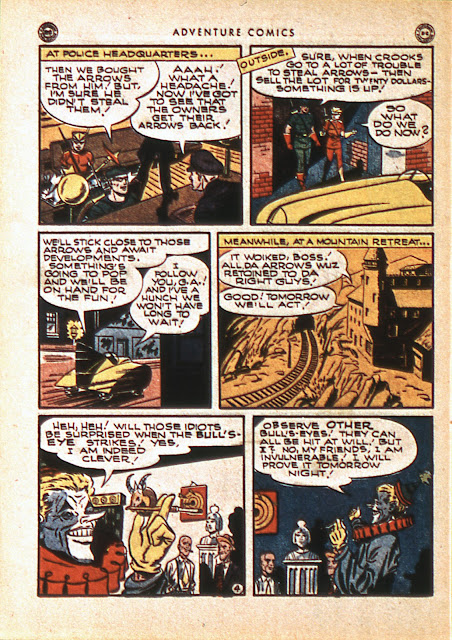 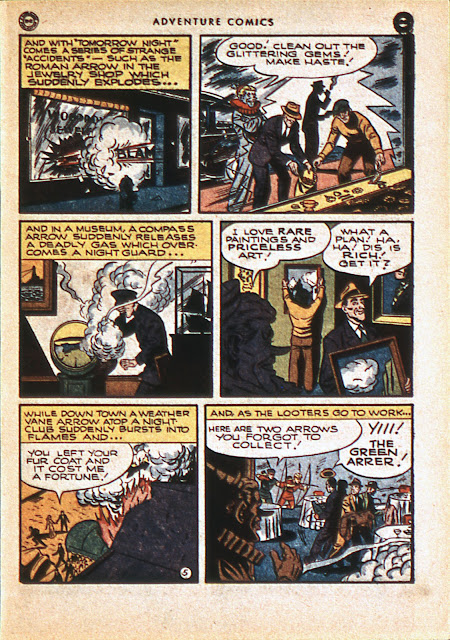 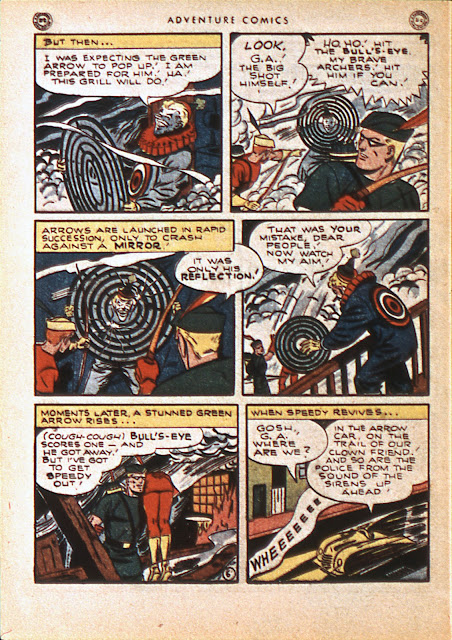 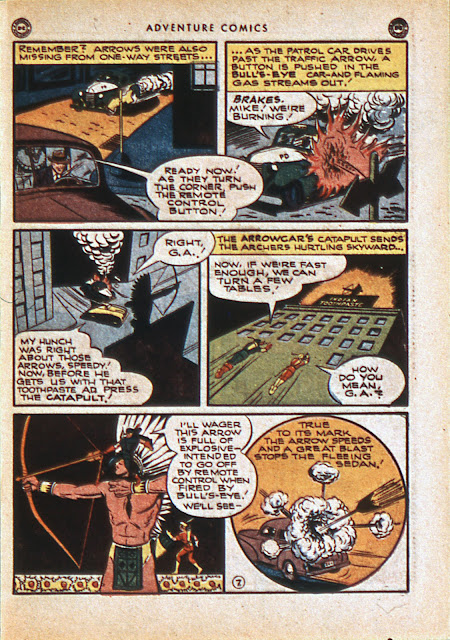 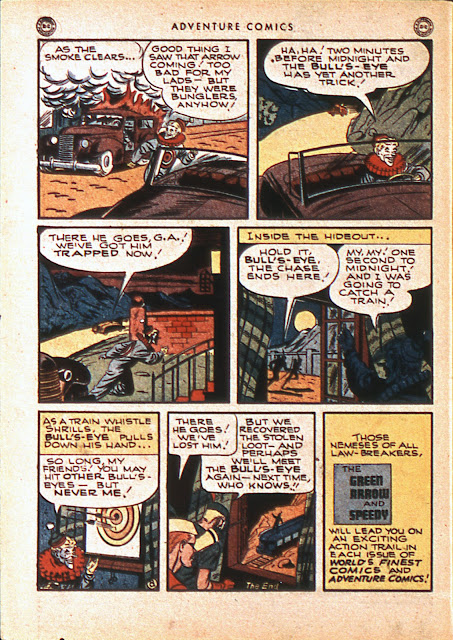