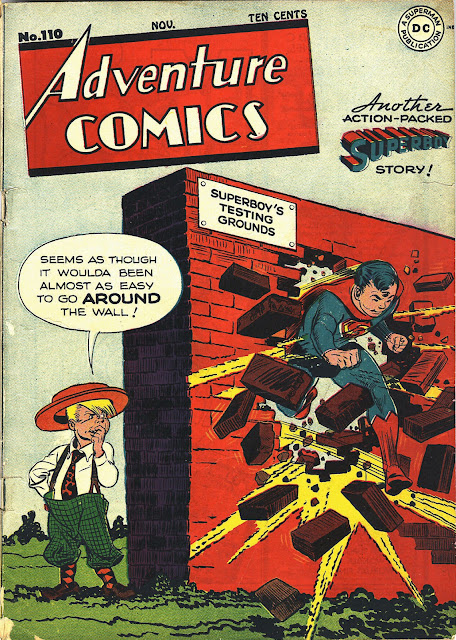 The regular SUPERBOY artist inside at this point, still signed as Joe Shuster, is John Sikela, but this fun cover is by Stan Kaye as most have been recently. 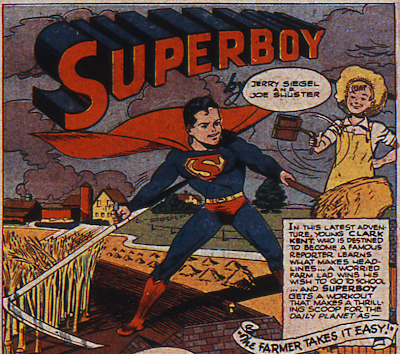 The pointless blank space around the logo in this series continues to annoy me but George Papp's art is, if not spectacular, certainly as solid as any superhero cartooning of the period and more than most
. 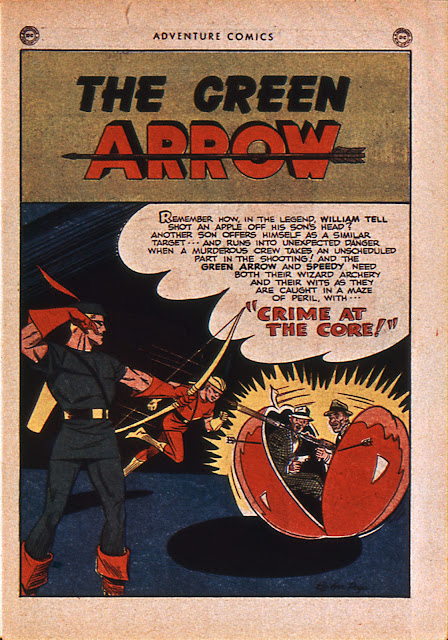 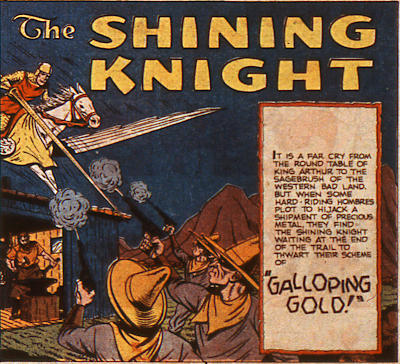 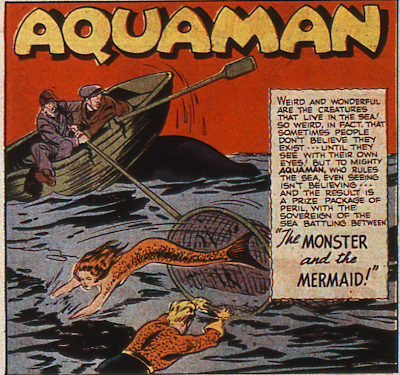 JOHNNY QUICK still looks vaguely like it's by Meskin but that's because it's George "Inky" Roussos who worked much with Mort but also did his own penciling during that period, also. He could be very good or very bad--both as a penciler and an inker. 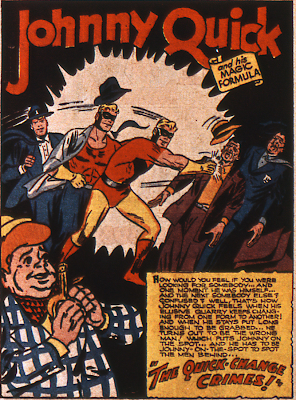 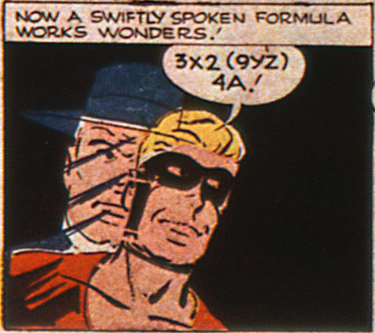 Note that here, almost to 1947, less than ten years after Superman's ACTION COMICS debut, only 3 of the comics featured in this ad are superhero comics. The costumed heroes we associate with the Golden Age of Comics certainly weren't yet gone...but they had already faded tremendously here as well as at all the other publishing companies. 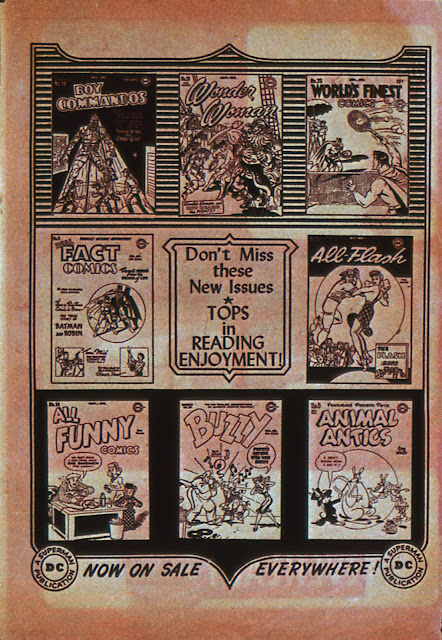