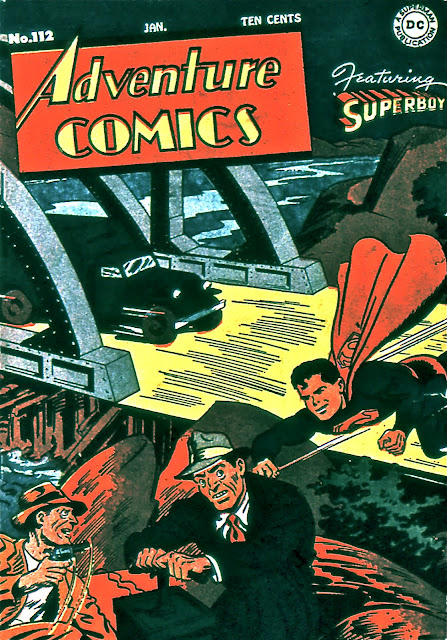 This issue's SUPERBOY tale is almost a long PSA of the type the Boy Of Steel would specialize in throughout the fifties, this one on traffic safety. Interesting to note that while he's drawn younger than he would be later, it's shown that his peers are receiving cars and motorcycles for doing well at school. 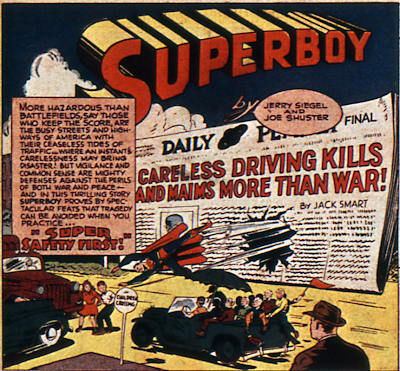 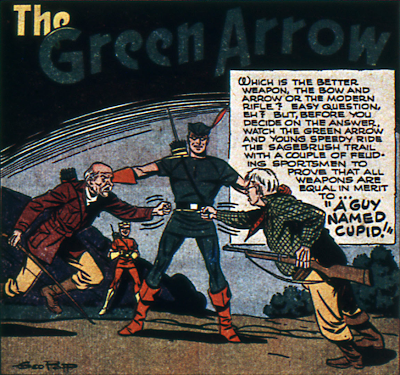 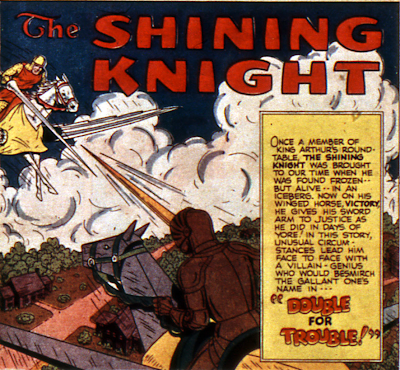 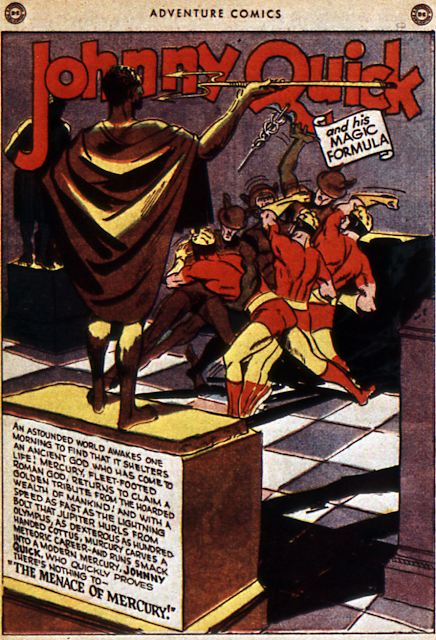 A miscolored Aquaman on the splash doesn't detract from this story that makes early use of television, still nowhere near a household item at the end of 1946 but clearly thought to be here to stay by that point. 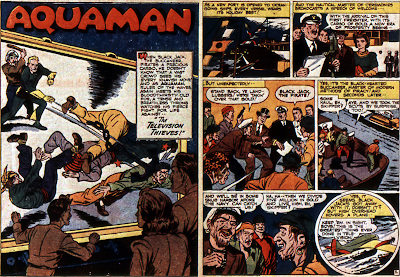 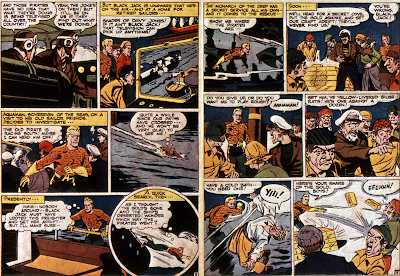 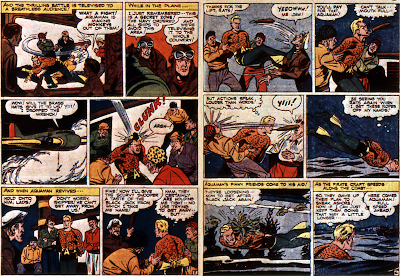 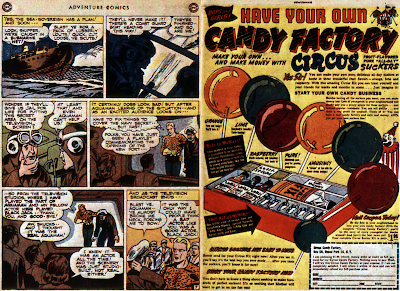