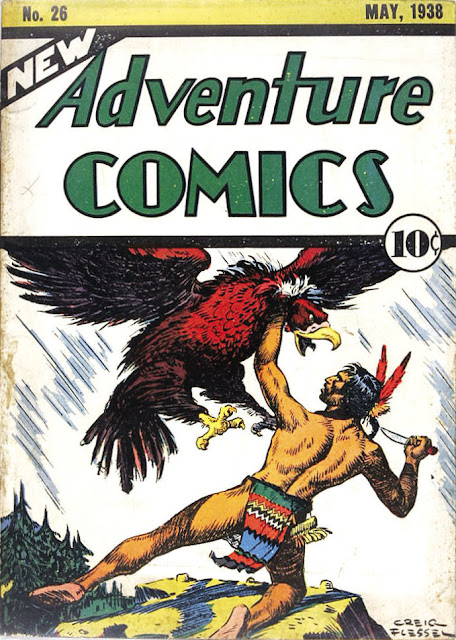 Vin Sullivan is now listed as editor of NEW ADVENTURE and it's important to note that the publisher is now listed as DETECTIVE COMICS, INC. Apparently by this point the deed was done and Harry Donenfeld (with Jack Liebowitz) had successfully taken over the major's company and his titles...including the brand-spanking new one advertised on the inside front cover, ACTION COMICS # 1. If you've been watching the news, that particular issue sold yesterday for upwards of two million dollars! 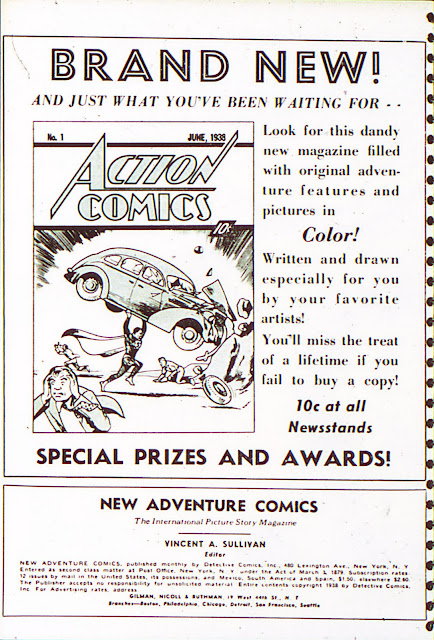 Sullivan's return seems to have brought more than the usual share of new features this month including this important one, RUSTY & HIS PALS by (and presumably at this point it really WAS by) the very young Bob Kane, soon to co-create BATMAN. 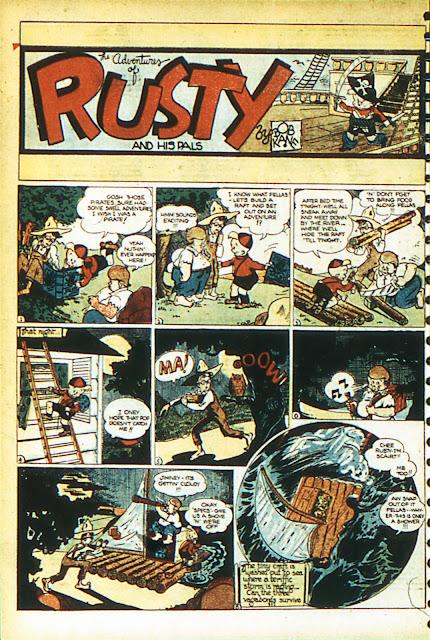 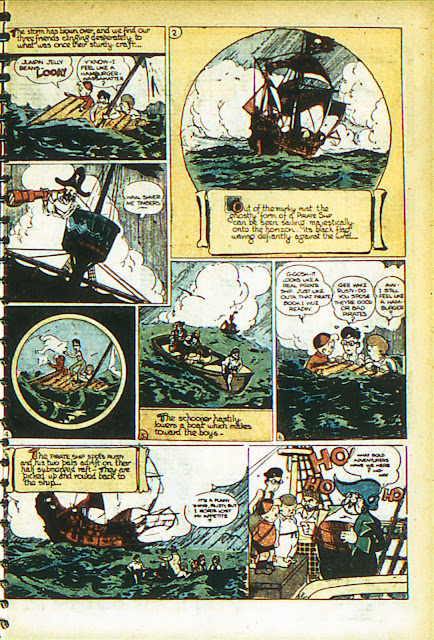 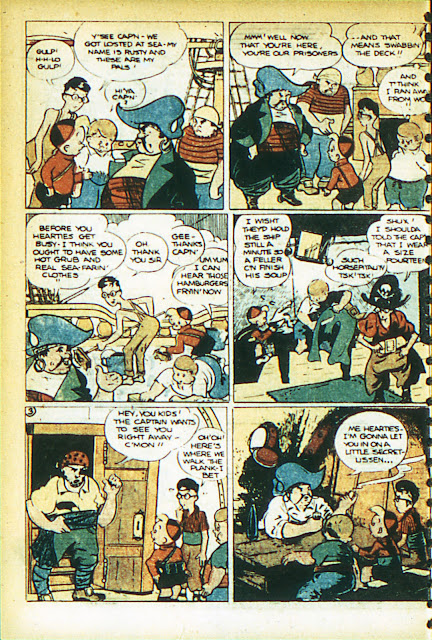 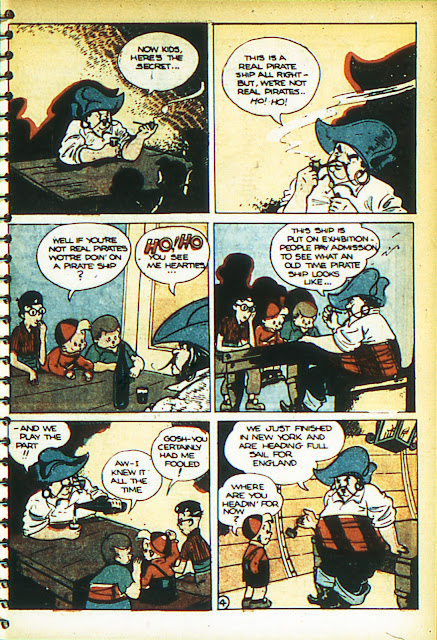 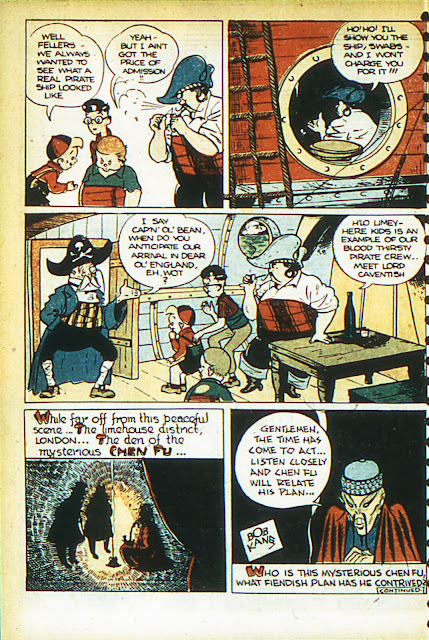 In an odd coincidence, the feature that follows Kane's new feature is ODDS 'N' ENDS, drawn by Sheldon Moldoff. Along with a long and successful career of his own in comics, Moldoff would become the longest lasting "ghost" for Bob Kane on BATMAN in the fifties and sixties. ODDS 'N' ENDS would also feature in the new ACTION COMICS. 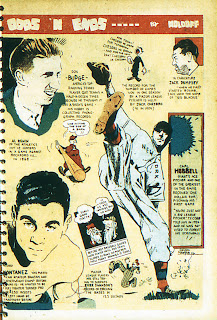 In fact, many of the creators in NEW ADVENTURE would repeat in the early issues of ACTION when it was still considered a true anthology comic. Will Ely would have a feature as would Homer Fleming and, of course, even Siegel and Shuster can be said to have been carried over from their posts here and in MORE FUN COMICS. 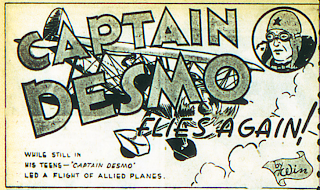 There was even this second new Bob Kane feature! 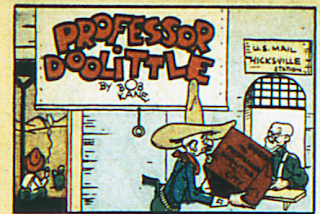