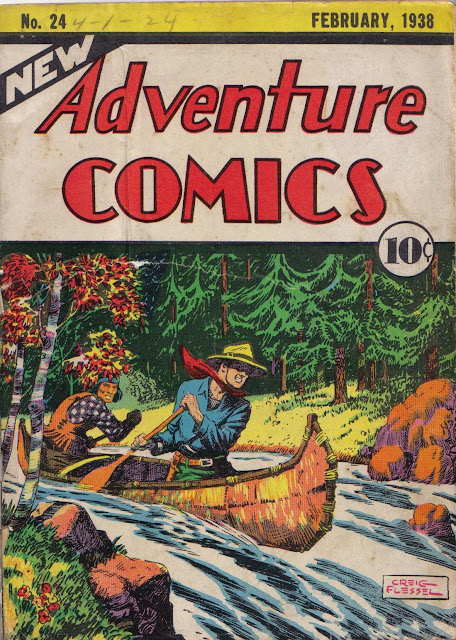 An absolutely gorgeous cover this time around with beautiful coloring even! Note from the indicia under the DETECTIVE COMICS ad below that Whitney Ellsworth is no longer listed as an editor. Having been with the Major's company since 1934, Wikipedia says he moved to California for a couple of years during this period, returning to the comics industry upon his return. Eventually he would go back to the West Coast as the Producer of TV's ADVENTURES OF SUPERMAN. 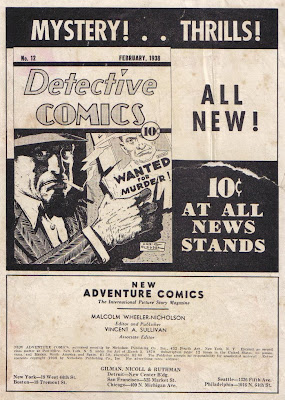 Note that DALE DARING doesn't even appear in this only part-color installment of her adventures. Artist Will Ely (apparently still alive?) would have a long career with comics with what was perhaps his most successful feature being the unspectacular but fun RIP HUNTER, TIME MASTER from National in the early 1960's. 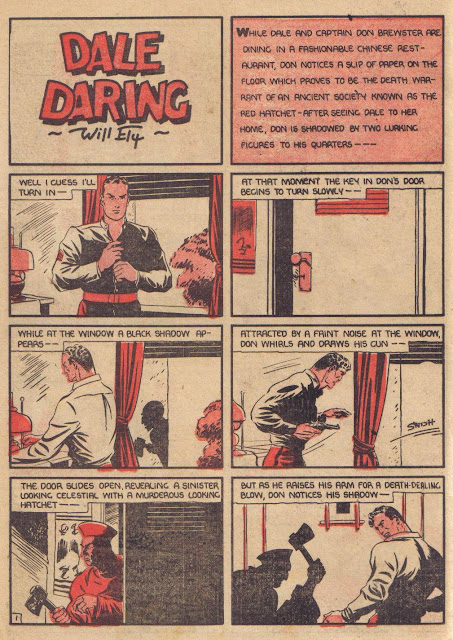 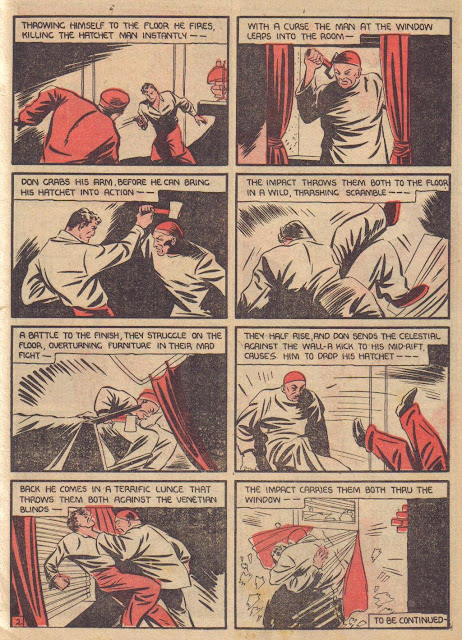 Seriously...take a look at this panel and tell me Jerry and Joe weren't doing their version of DICK TRACY. 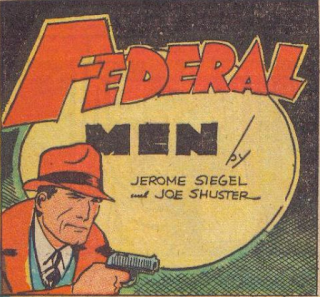 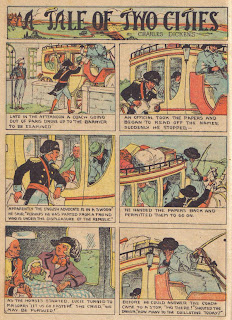 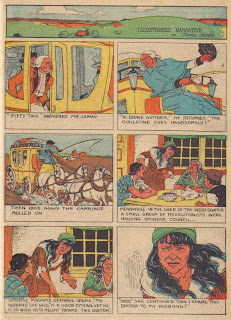 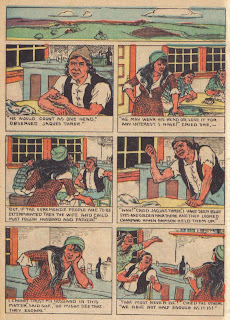 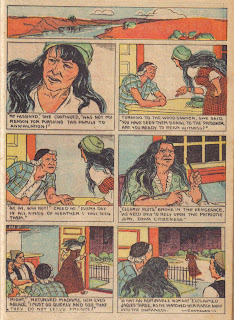 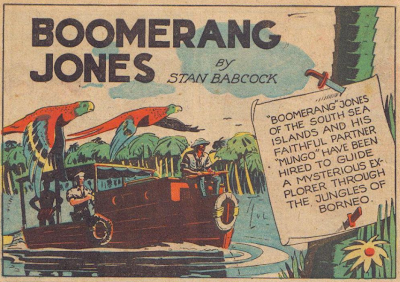 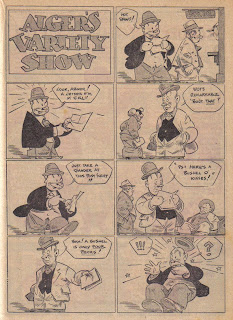 Here's a particularly creative page from Sven Elven's ROBIN HOOD adaptation, with the left sides continuing onto the right sides in all three rows of large panels. Here's the first appearance in this mag of Stan Aschmier, AKA Stan Asch, an artist who would go on to work on a number of National and All-American superhero strips in just a few years. 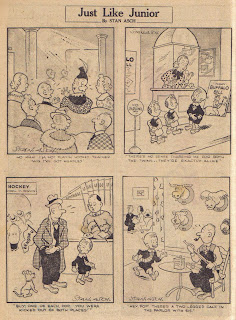 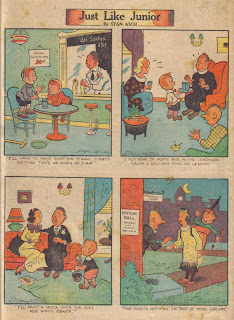