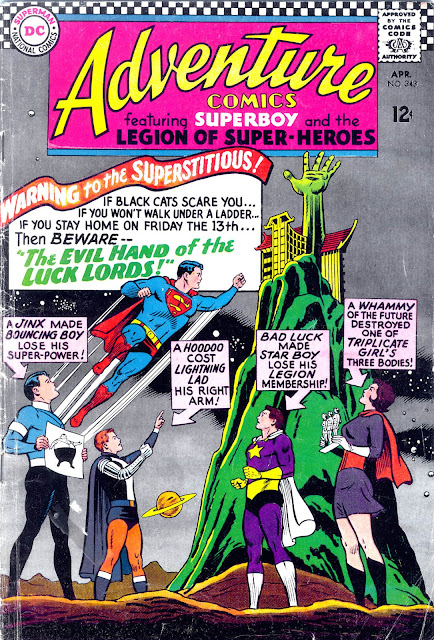 We forgot to note the coming of the Go-Go Checks two issue ago! Reviled by some, they are, for others, the ultimate comics nostalgia. To me, for example, the mere sight of them in a back issue box promises joys from my youth! By this point, I had started buying comics but it would still be a few months before I noticed the Legion on the racks.

Space opera pulp author Edmond Hamilton has been arguably the Legion's best writer up to this point and he goes out with a bang with only three issues to go, this classic one and a great two-parter coming up next issue. 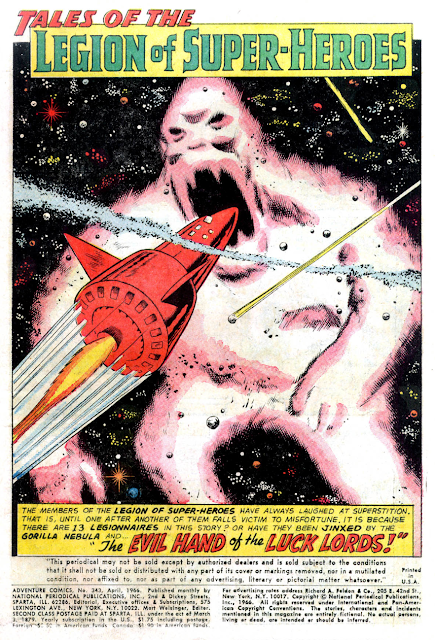 Below the debut of DC's DIRECT CURRENTS, a Marvel style "what's coming" feature that would appear regularly for a few years. 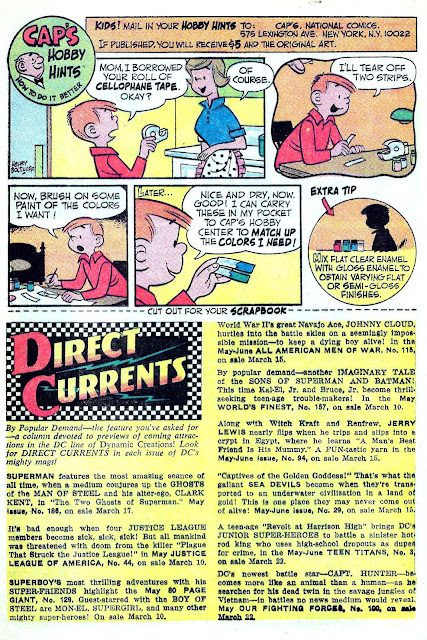 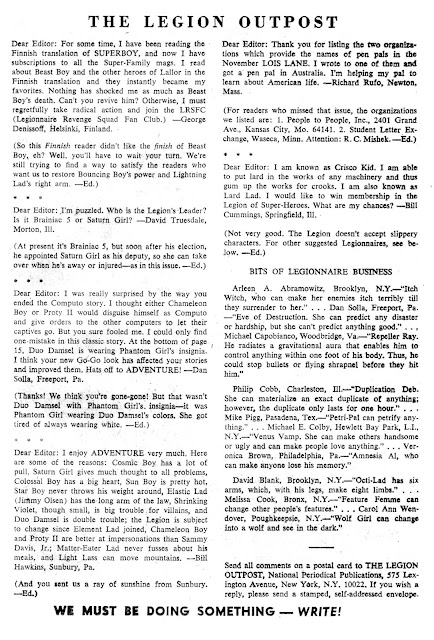 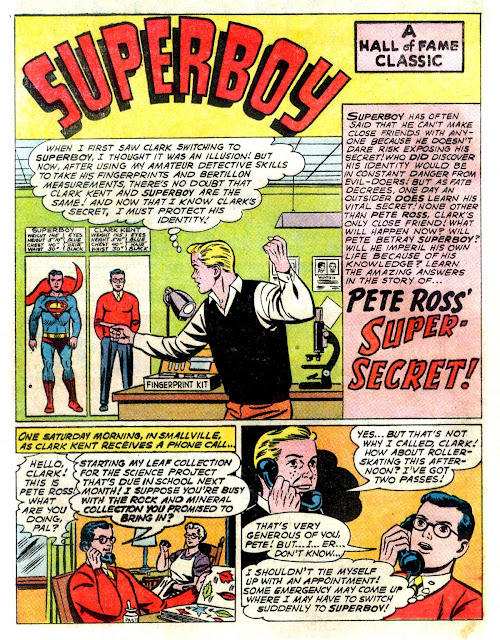 A favorite house ad from the day promoting three of what would be my favorite series when I started reading comics! (I wouldn't appreciate Joe Kubert for a few years.) 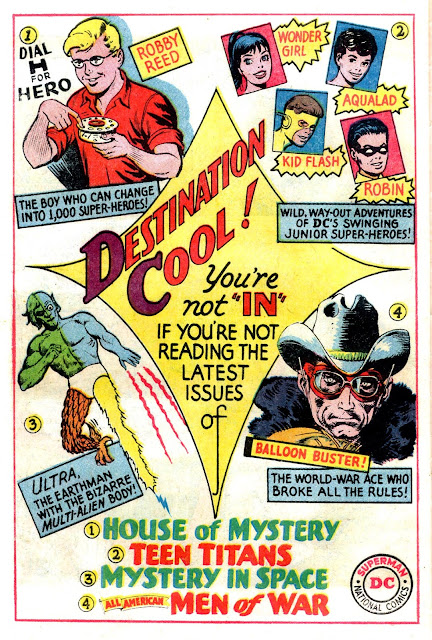