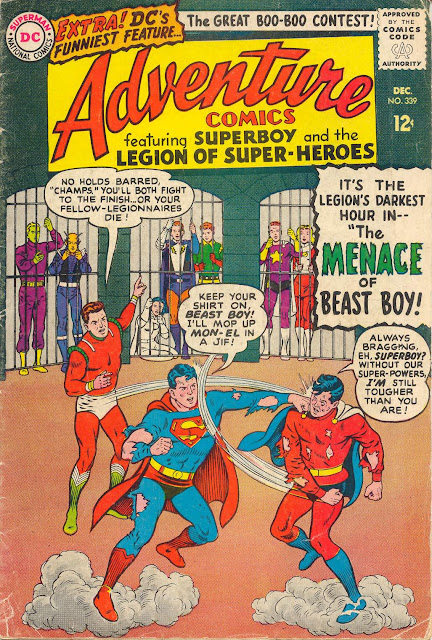 December of '65 (on sale in October that year). Artist John Forte's final work appears in this issue, inled by Shelly Moldoff who drew many features for ADVENTURE's early issues. We're getting closer and closer to two very important events for the LSH: The arrival of teenage Jim Shooter and seven year old me picking up my first issue of ADVENTURE! 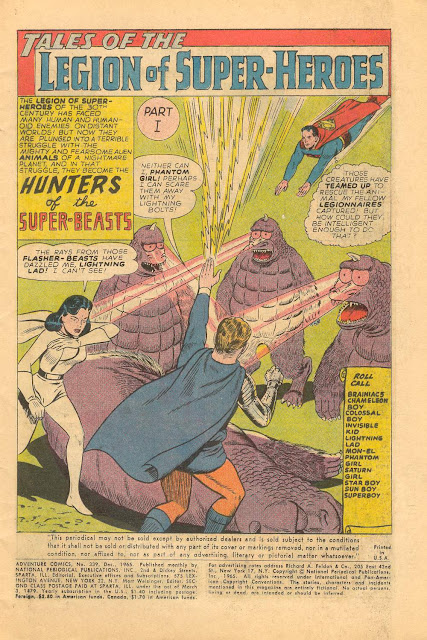 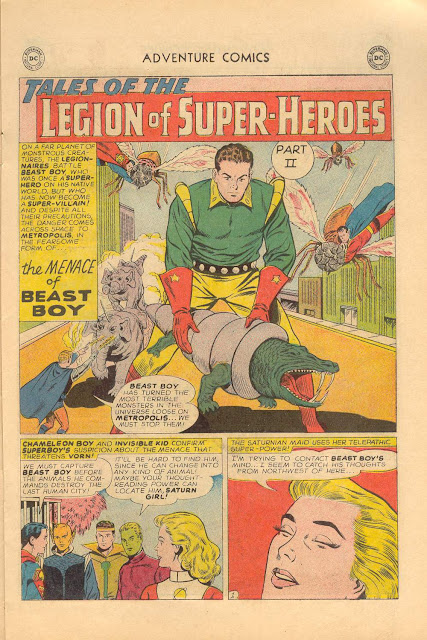 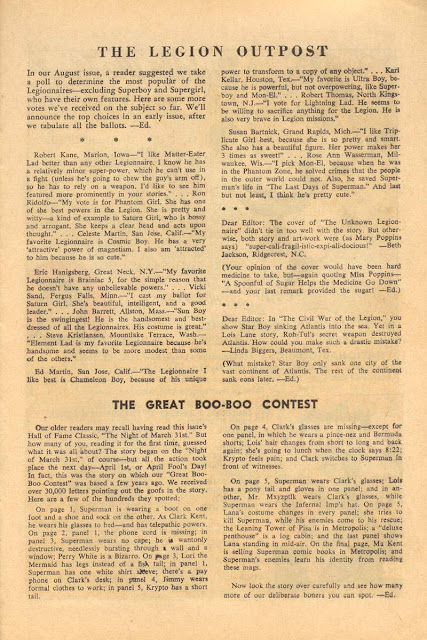 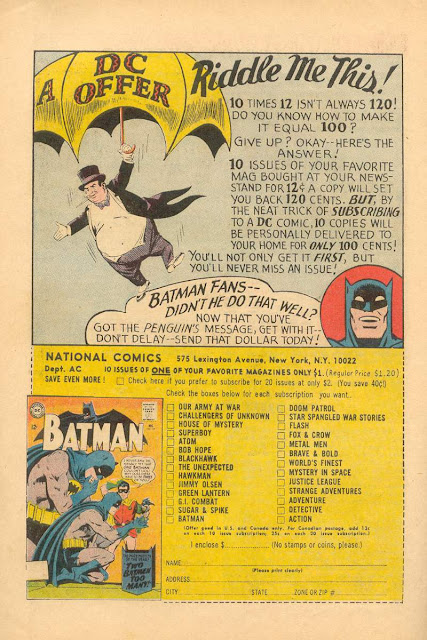 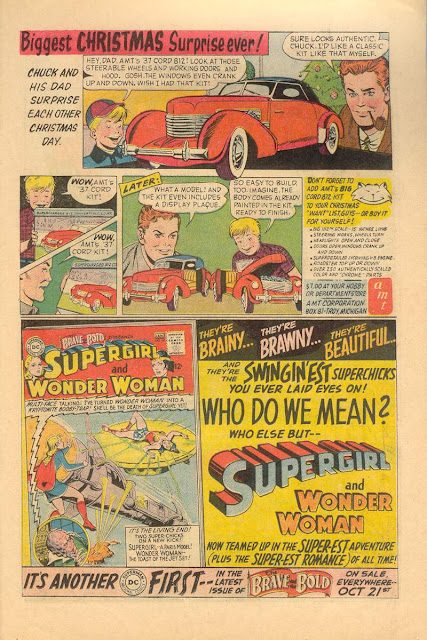 This was a memorable SUPERMAN story--Note: NOT SuperBOY for a change! Even though it had been published just 4 years earlier, here it was again in all its April Fool's glory...at Halloween. On the last page, note "The Spectre is coming!" These ads--aping Marvel's cruder "The Hulk is coming!" promotion of a couple years earlier, generated much interest in the latest Silver Age revival of a Golden Age character...and yet this one didn't quite take. 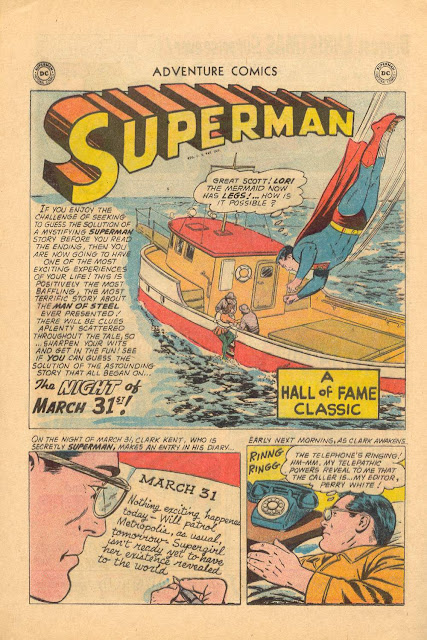 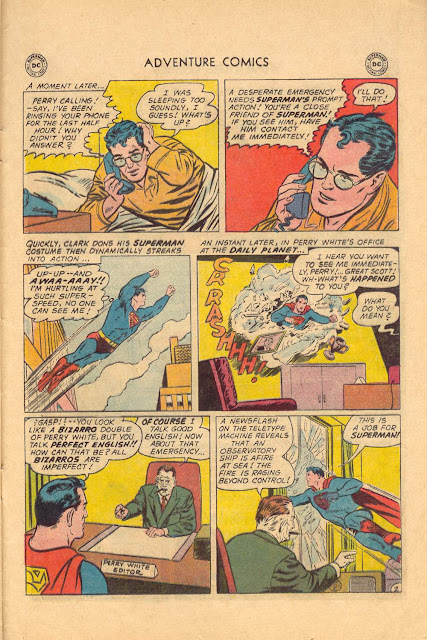 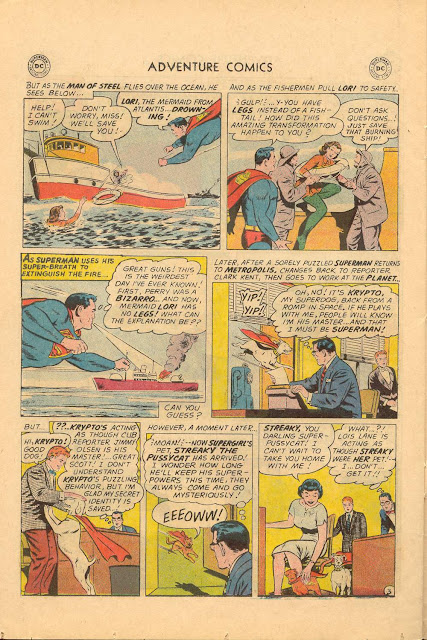 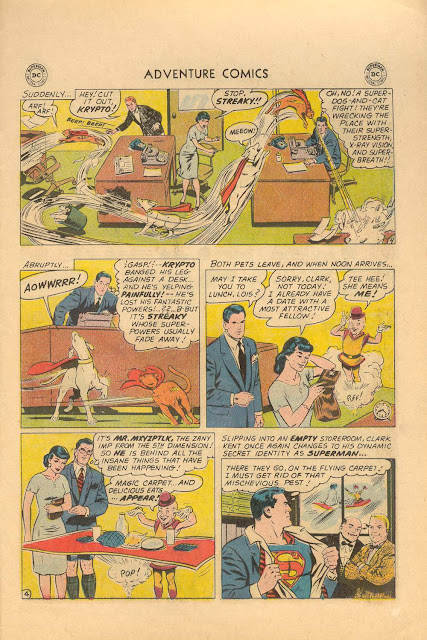 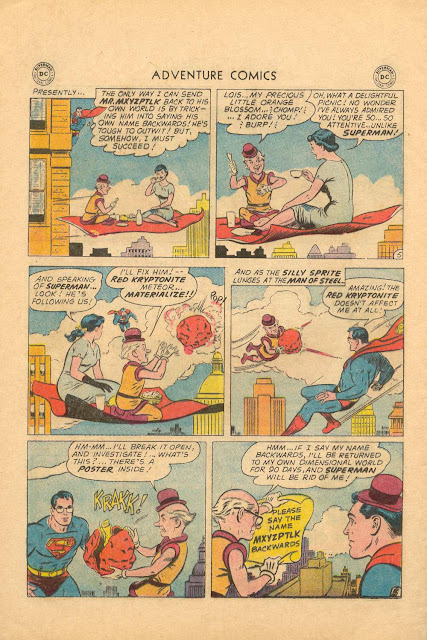 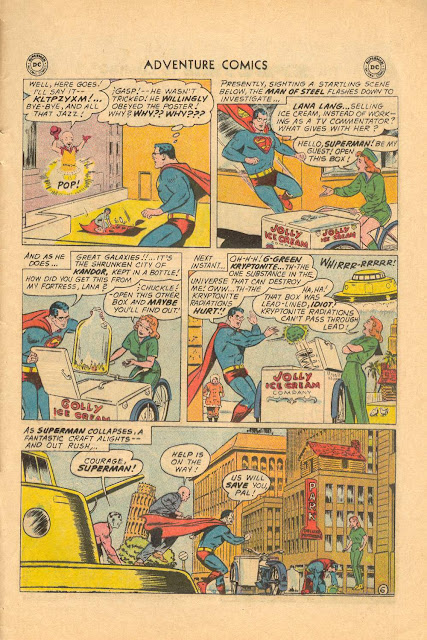 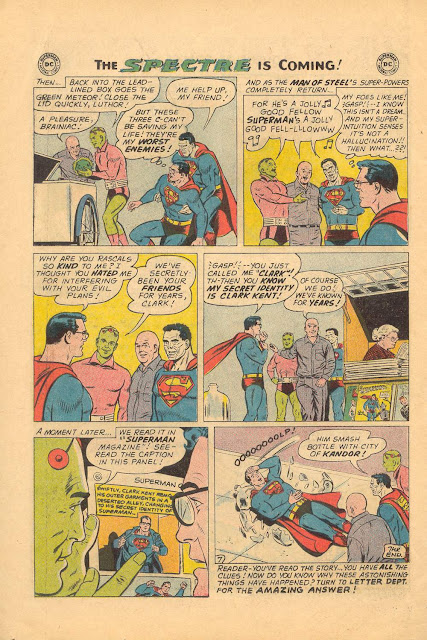