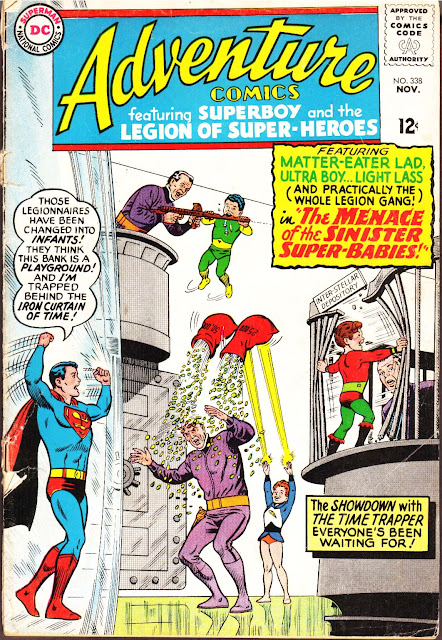 Not the babies again!!!

This issue's villain is the Legion's little-seen arch foe, The Time Trapper, much later revealed to be (SPOILER ALERT) Cosmic Boy himself! At least in that day's LSH continuity. 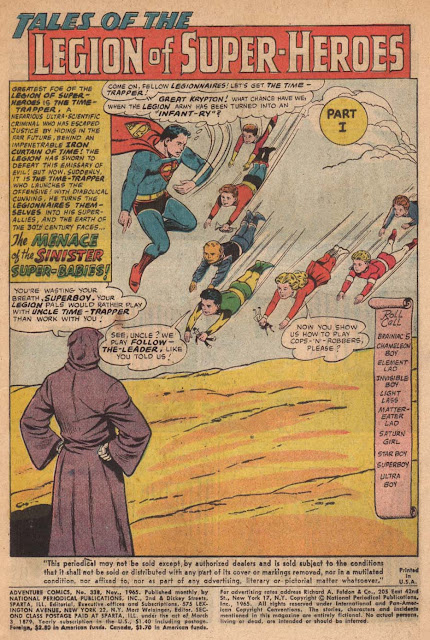 Note the ad for this month's issue ofSUPERBOY featuring THE SACRIFICE OF KID PSYCHO. Although not technically a Legion story, it is not only important in the group's history but also one of the best-remembered Superboy tales of the sixties. For those reasons, we present the story below in its entirety. 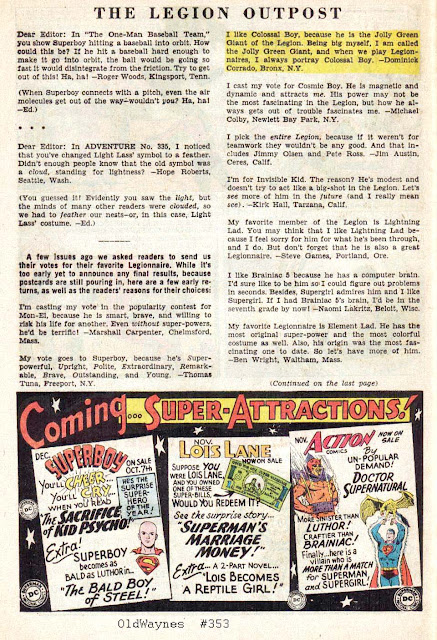 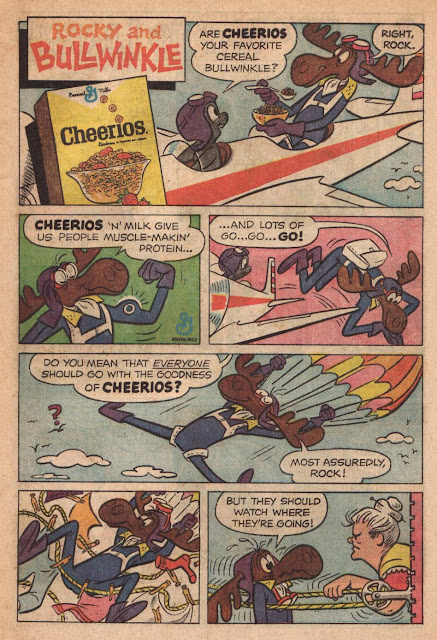 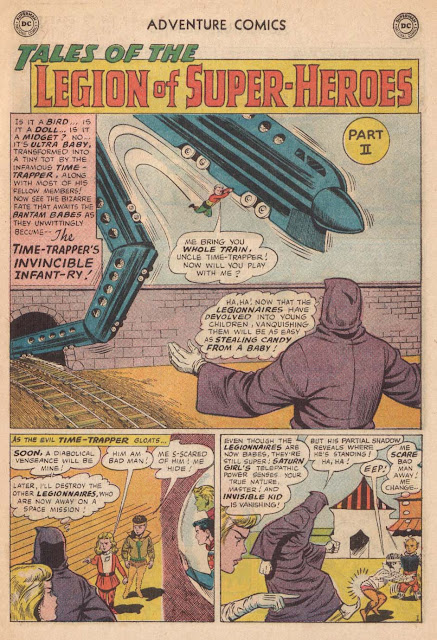 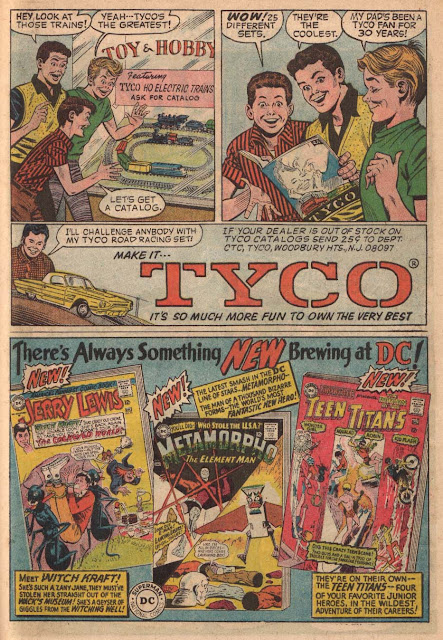 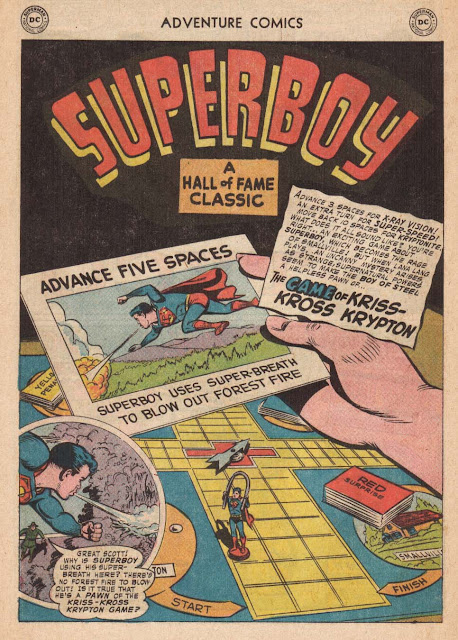 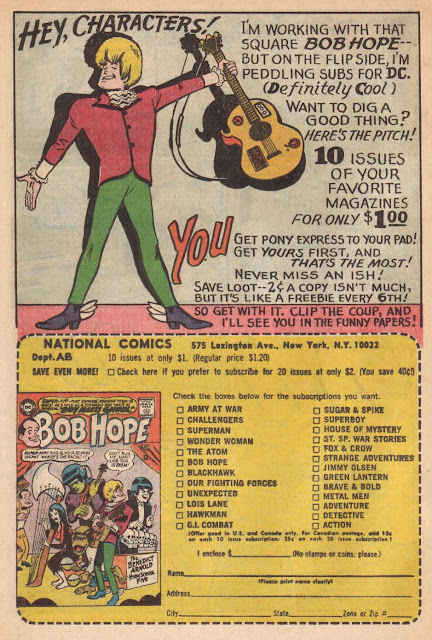 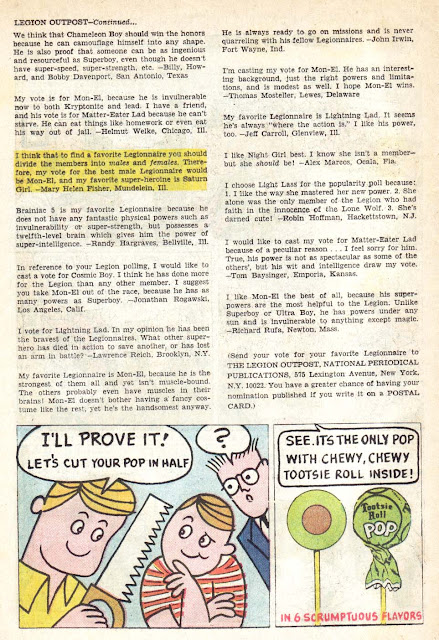 Oddly, these were the first (and only) two GI JOE outfits my parents ever bought me. I remember being really disappointed that the deep sea diver outfit wasn't really waterproof. 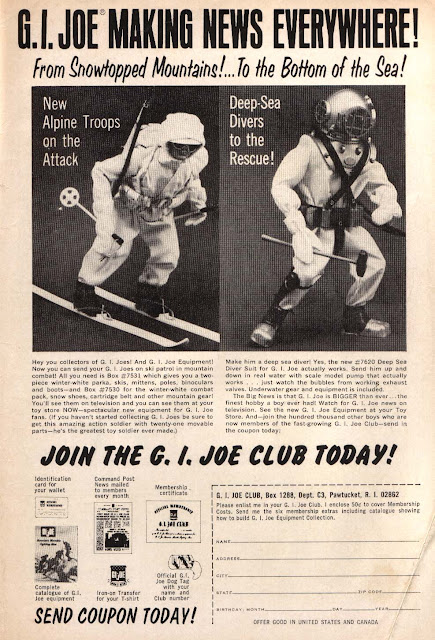 And now--The Sacrifice of Kid Psycho. 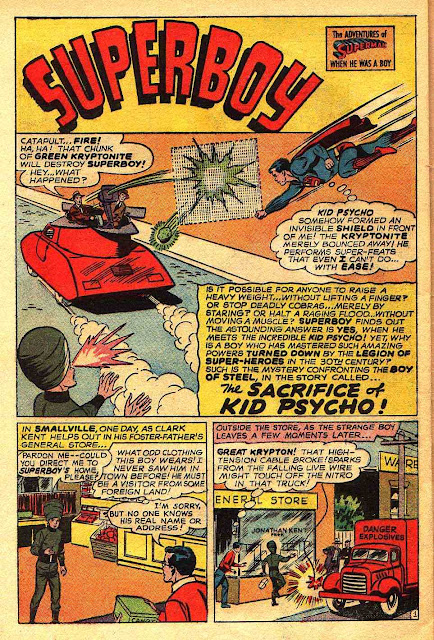 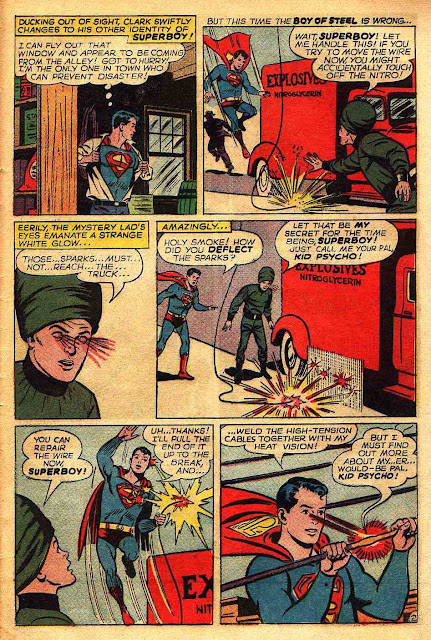 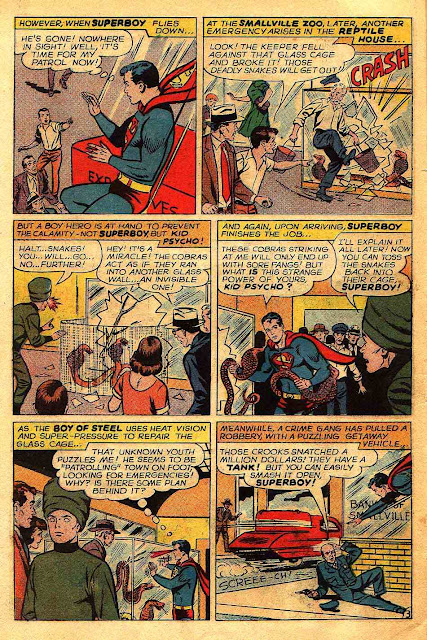 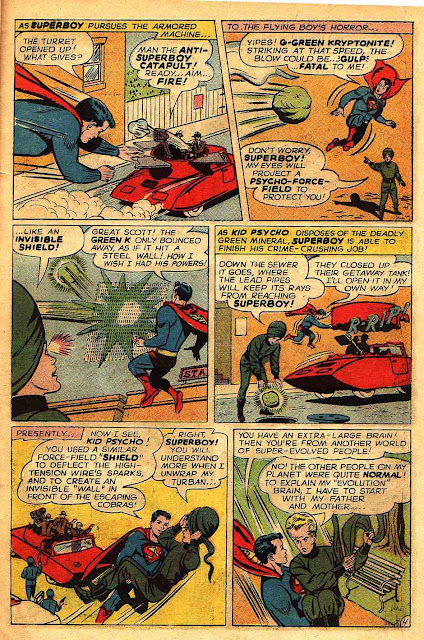 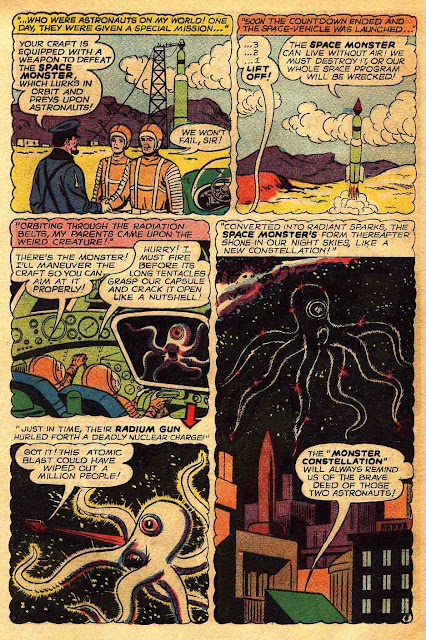 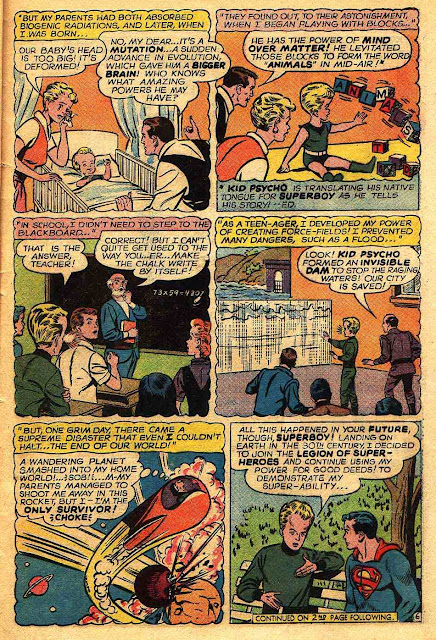 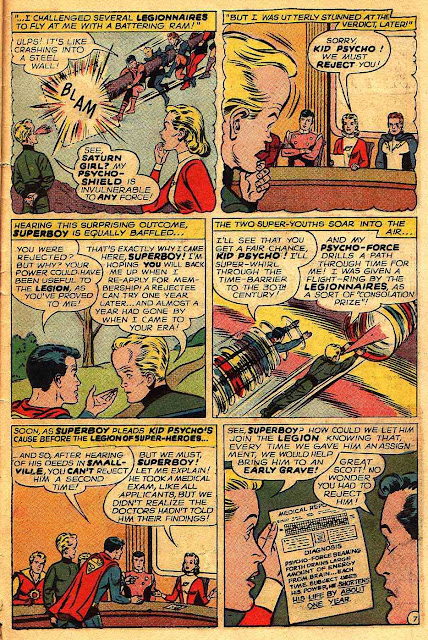 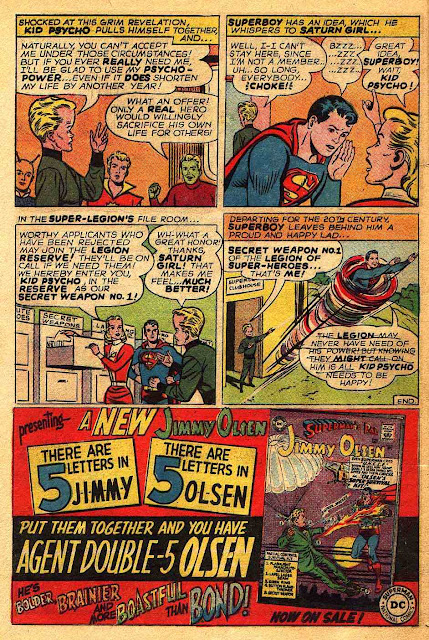