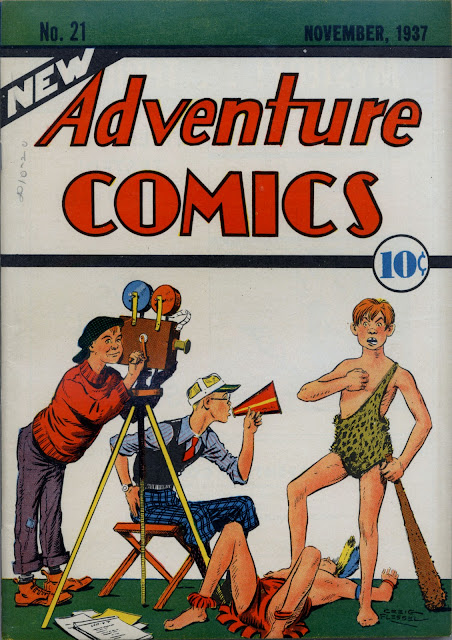 You can't tell it from the indicia yet but according to most histories, Harry Donenfeld and Jack Liebowitz, publishers themselves of risque pulps, brought in as Major Wheeler-Nicholson's printer and distributor in 1935, had wrangled a partnership deal and were soon to force the Major out completely in a hostile takeover. 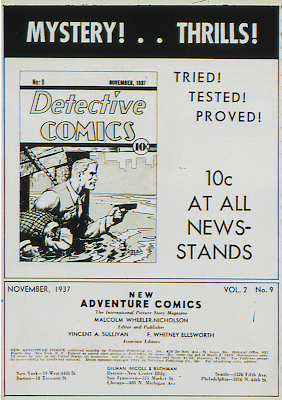 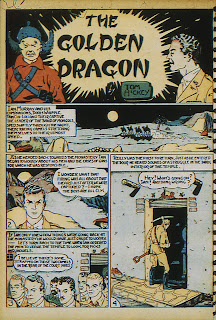 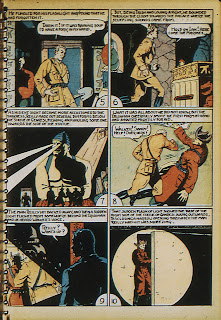 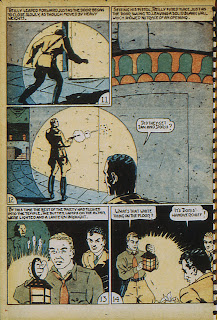 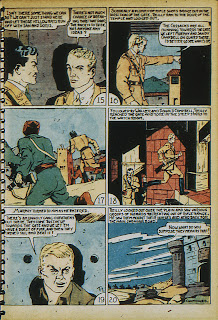 A few new strips, again oddly all humor, this time. JONAH JONES was by Editor Ellsworth and SHIFTY SMITH and VARIETY SHOW are credited to Alger (Russell Cole). 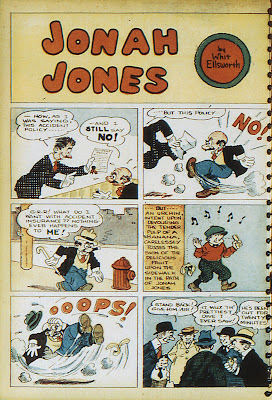 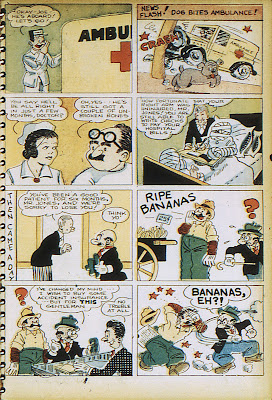 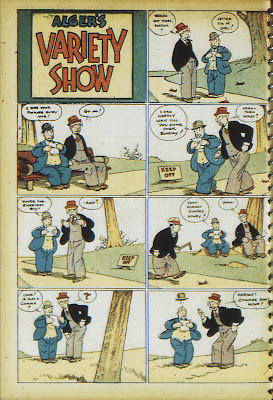 WINNFIELD brings up the rear and offers some already very polished cartooning by Gill Fox (signed in Panel 4 although GCD has a question mark so they apparently missed that). Fox would go on to a long and successful career in comics, pin-up art, advertising and newspaper strips. Much of his comics work would be for Quality Comics. Eventually he became a well-respected political cartoonist and would also become a bit of a comics historian in later years. 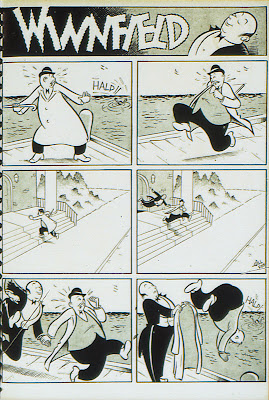