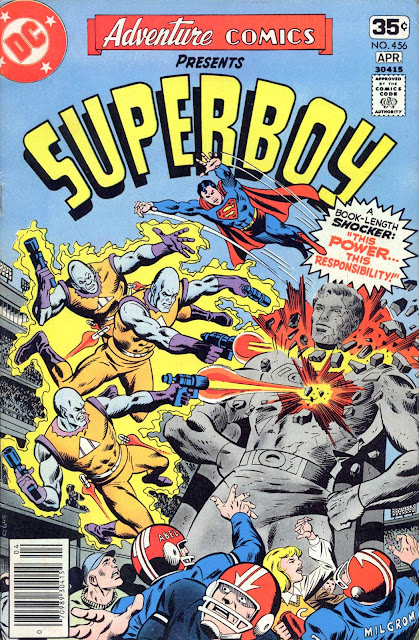 Note Al Milgrom's name on the one football player's back. Nice touch. The booklength story debuts the new team, though, and as much as I like every one of them--Michelinie, Staton and Abel--I have to say it doesn't quite gel for me. Part of the problem seems to be awkward inking making characters look rather odd at times. Perhaps this was during the time inker Abel was recovering from a stroke? 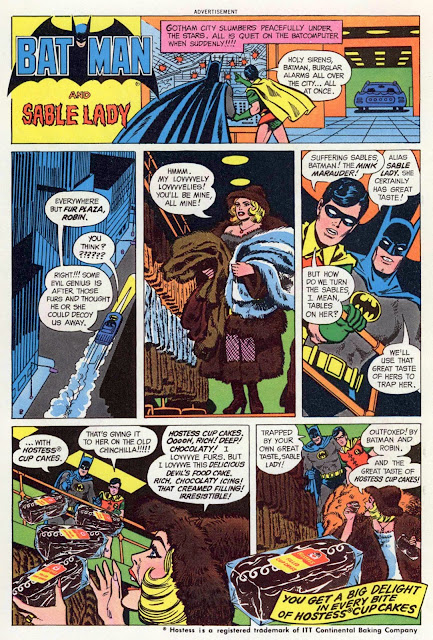 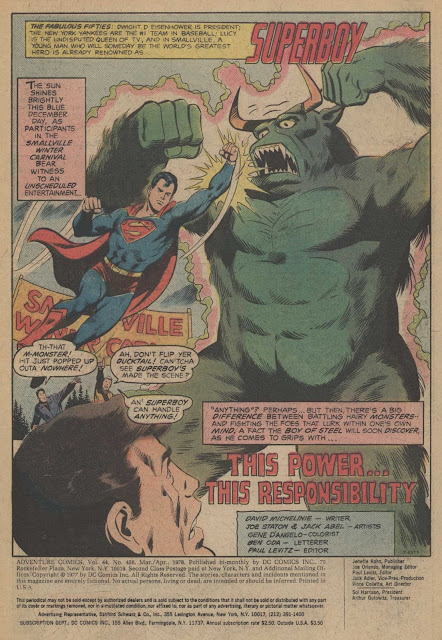 The rest of the issue is given up to self-promotion again. There was a lot going on in the DCU at that time including the mega-hit SUPERMAN VS MUHAMMAD ALI. Note the "dynamic new look" on SHAZAM. That would end up in ADVENTURE eventually. 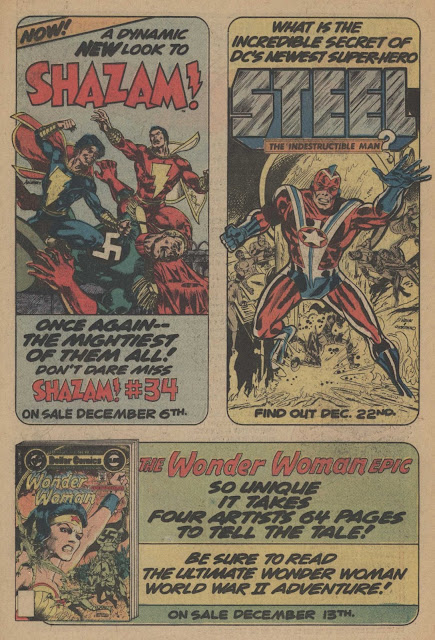 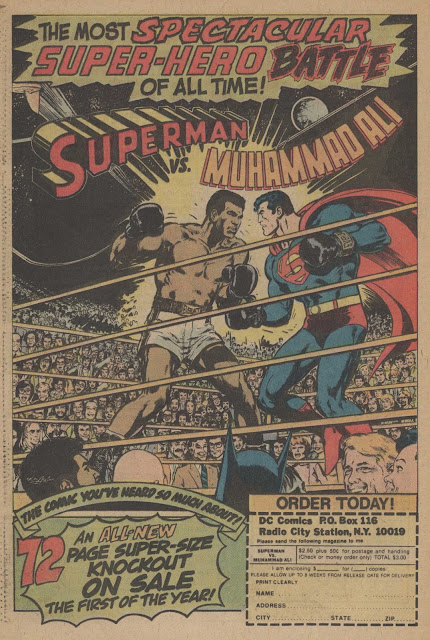 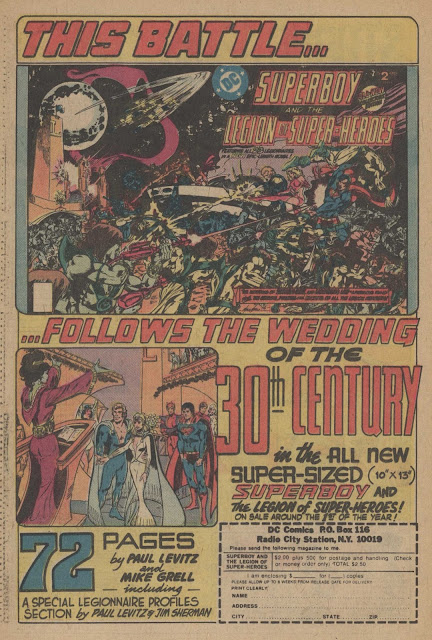 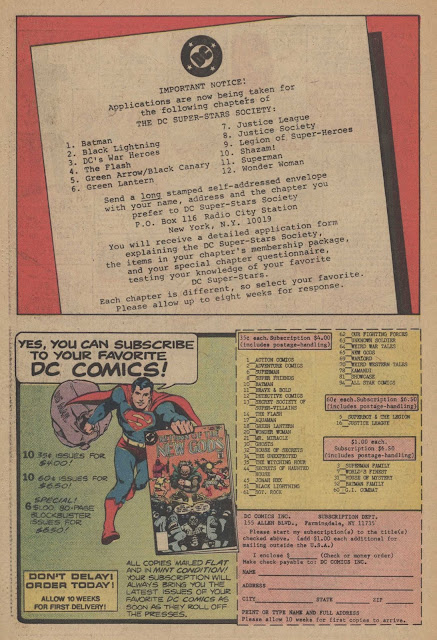 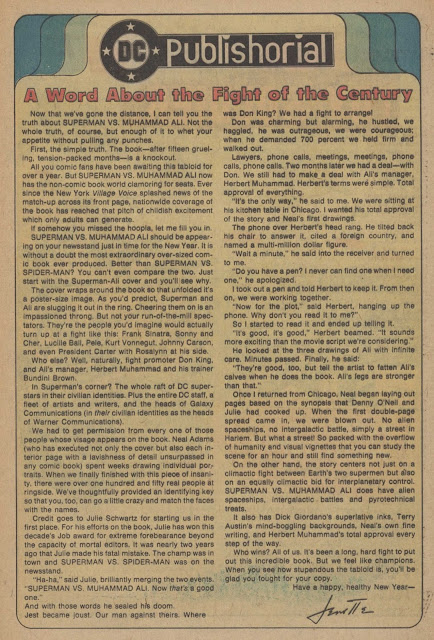