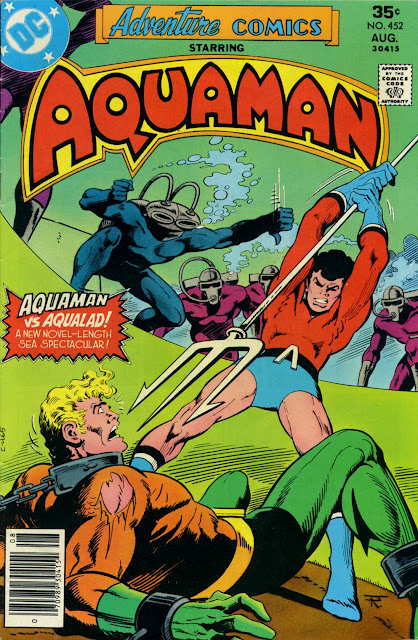 Here we have arguably the single most important AQUAMAN comic to be published up to that point and there isn't the slightest mention of the reason on the cover. 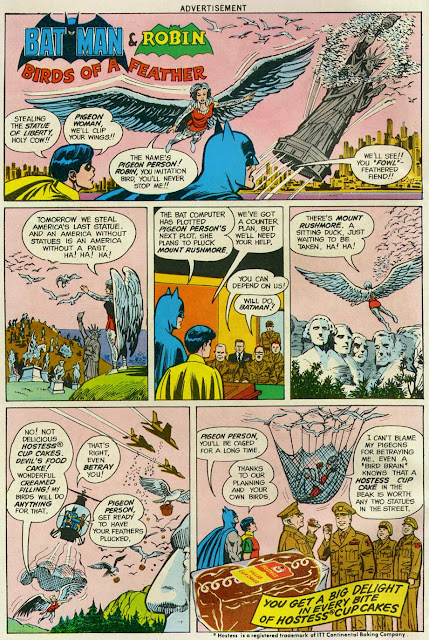 The story itself kind of throws away its own important pints as well and this splash give no hint of what's to come. 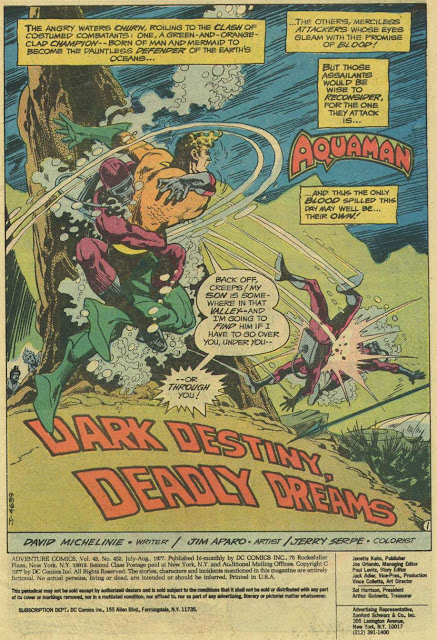 The first revelation is that the Sea King's old foe, Black Manta really is that! A rather clever move. 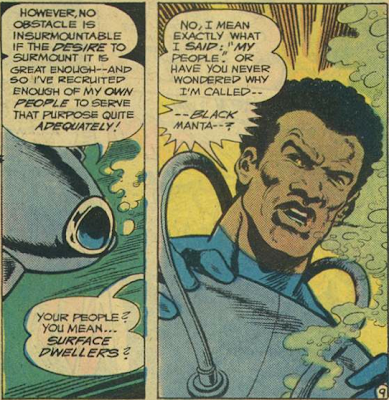 But before we have time to appreciate that, we see just how evil he is as he imperils Aquababy! 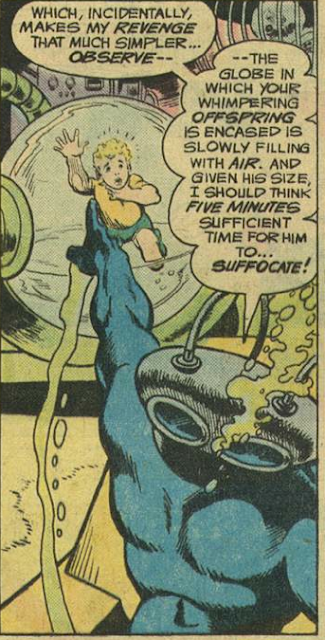 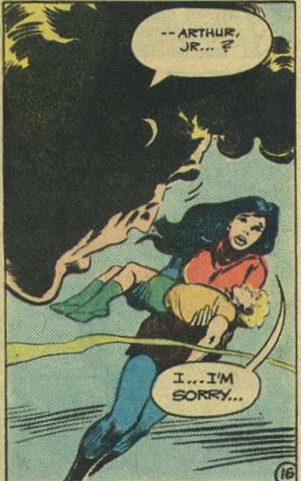 Aqualad's behavior at this point in the story is 100% out of character as he refuses to help his mentor catch Black Manta...because he's mad that the two of them had been forced to fight each other and Aquaman had aimed to win. 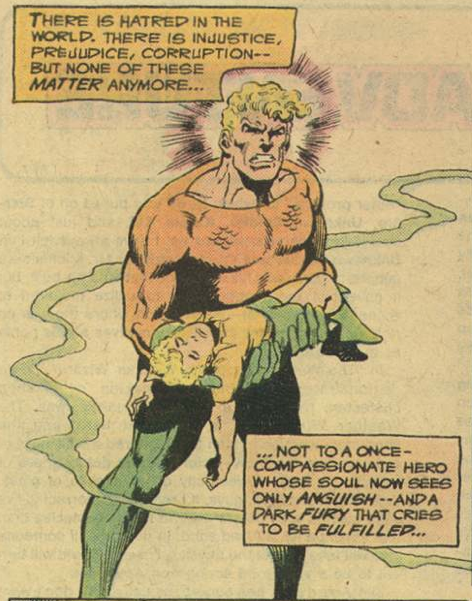 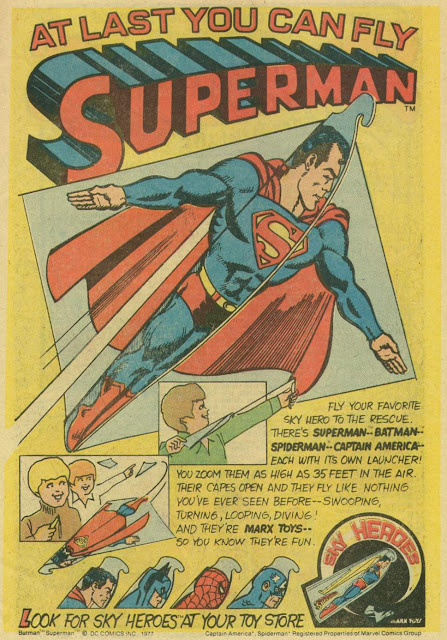 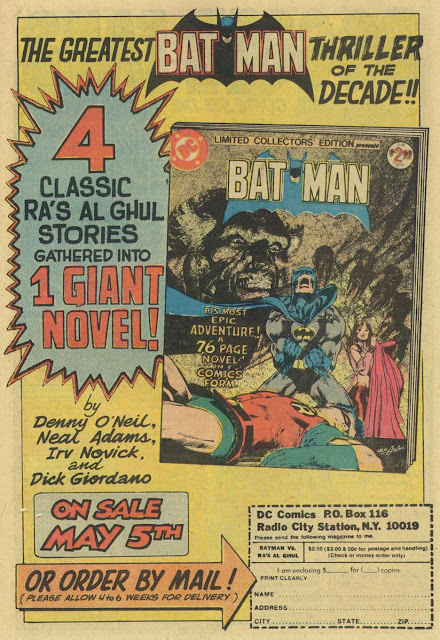 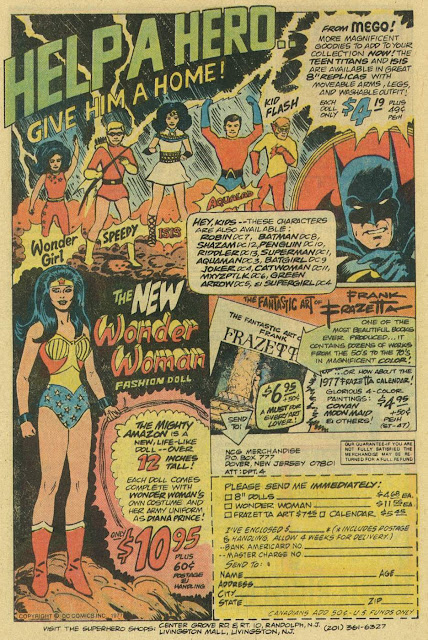 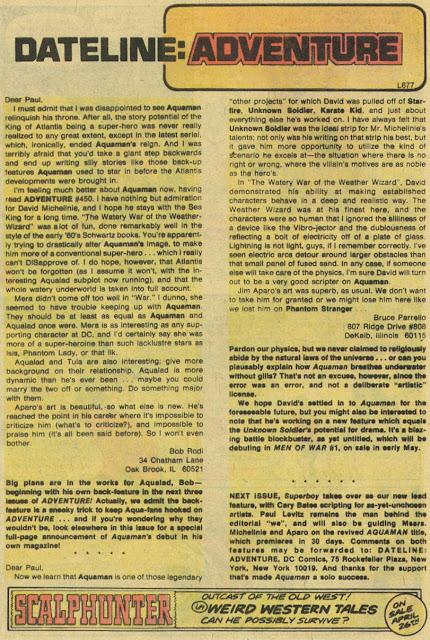 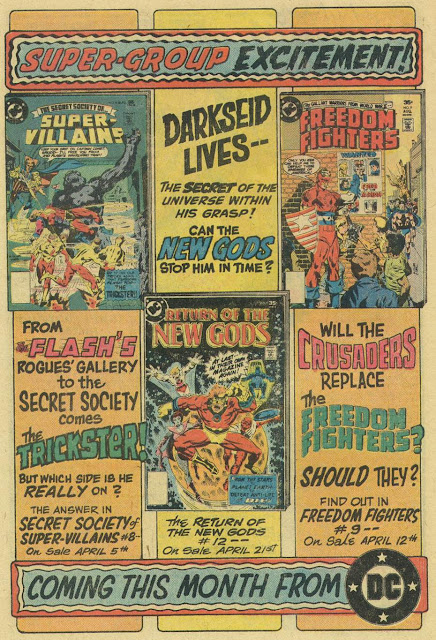 And then finally, the official announcement that Aquaman was once again getting his own book. We see that the reason for Aqualad's earlier behavior was that he, too, was getting his own series but only as a back up here in ADVENTURE. And a back-up to what, you ask? SUPERBOY! He's back! 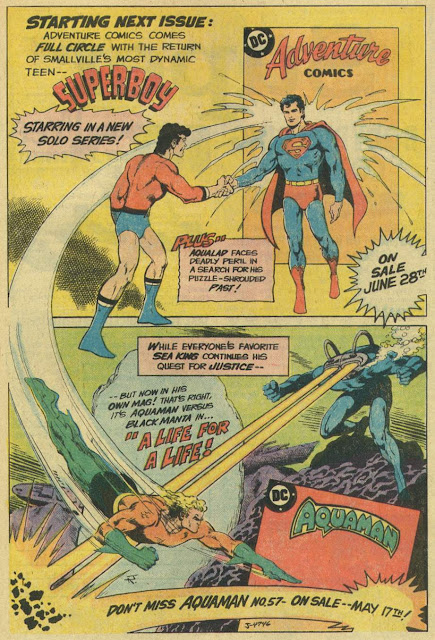