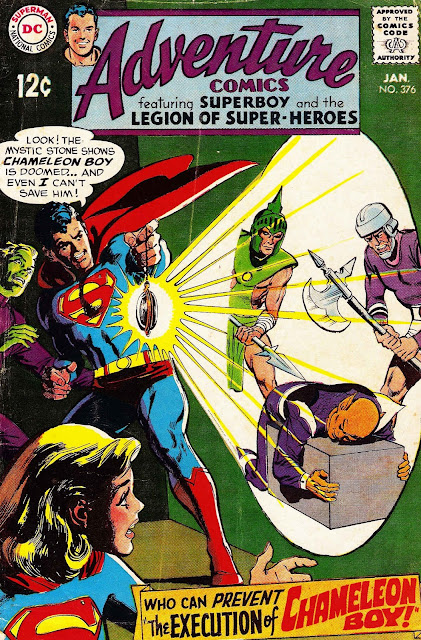 In a case of "too many cooks," this less than well-done cover was, according to GCD, drawn entirely by Curt Swan, messed with by Carmine Infantino adding and repositioning figures and then inked overall by Neal Adams. Oddly enough, I see none of that and always thought it was bad Irv Novick art. 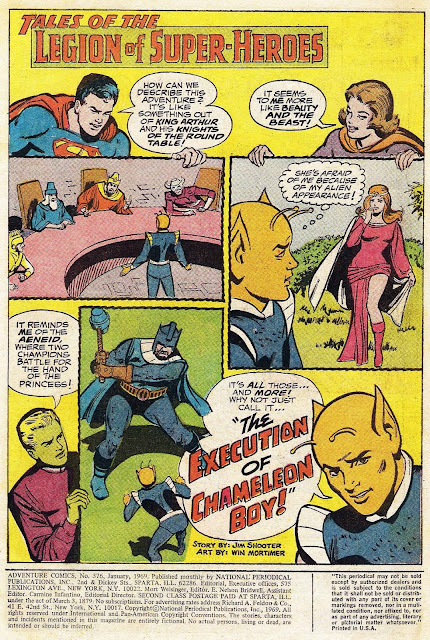 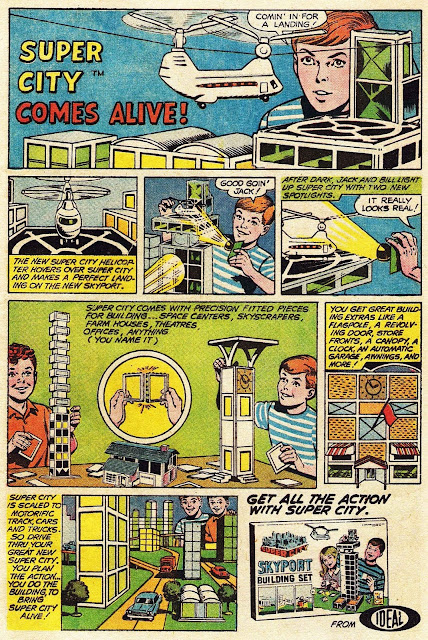 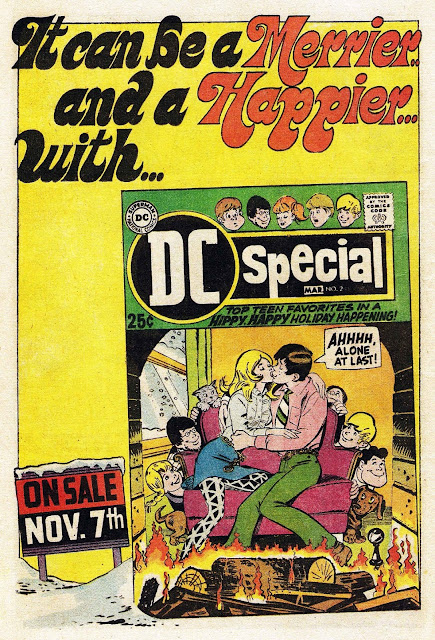 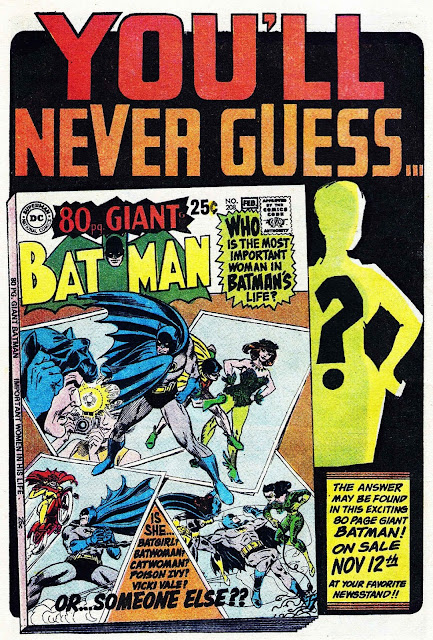 This issue we see a letter by LSH-fan supreme, Neal Pozner. Just a few years later, Pozner would be working at DC and personally put together the acclaimed Legion-themed issue of THE AMAZING WORLD OF DC COMICS (seen below). 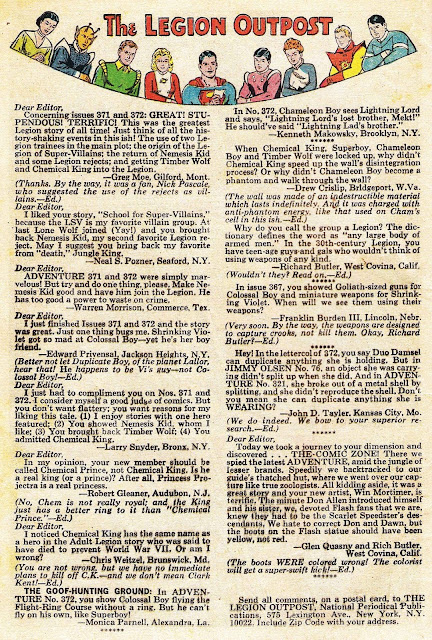 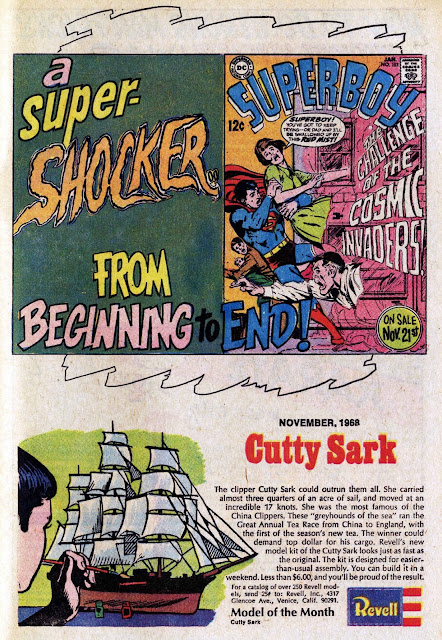 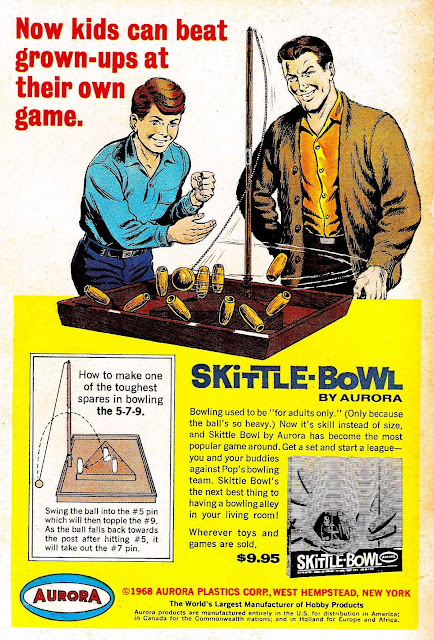 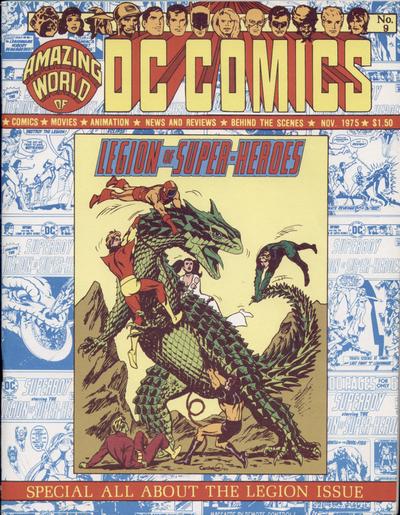