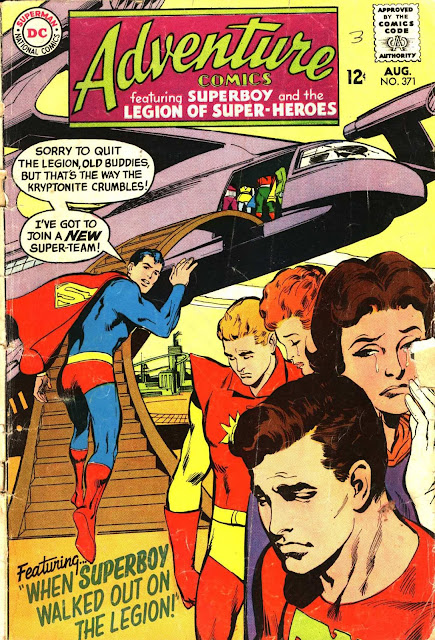 I liked this issue. I mean, I REALLY liked this issue! Even though the new story took up only half the issue, I liked it enough that it prompted me to write a letter to the Editor. Check back in a couple of issues for the results. In the meantime, after some out of order ads, here's the entire story--another Part 1--that I liked so much. 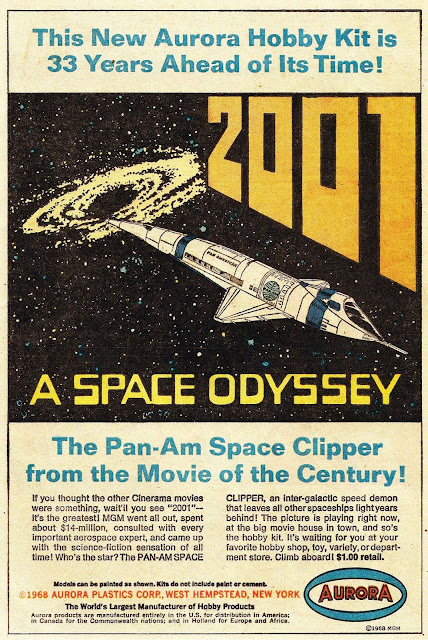 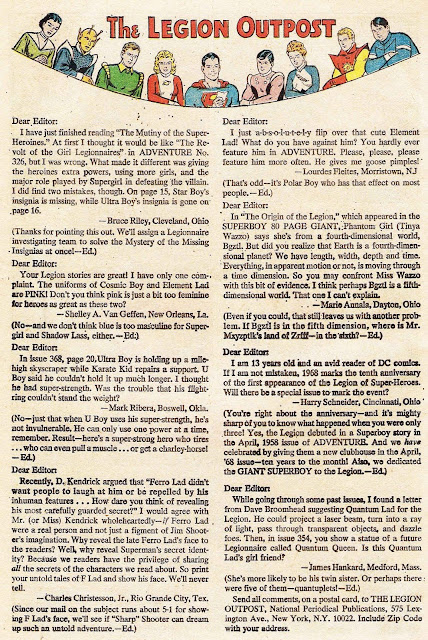 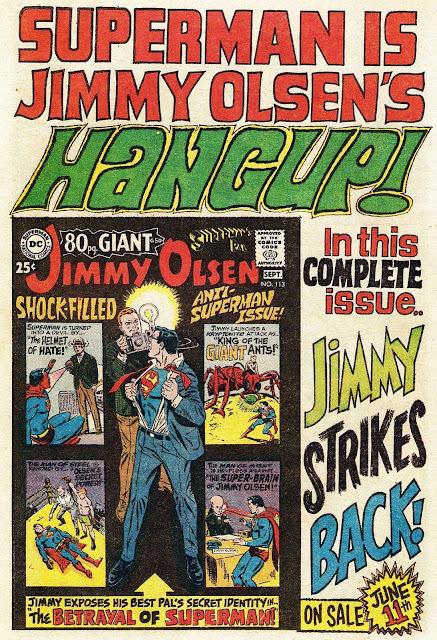 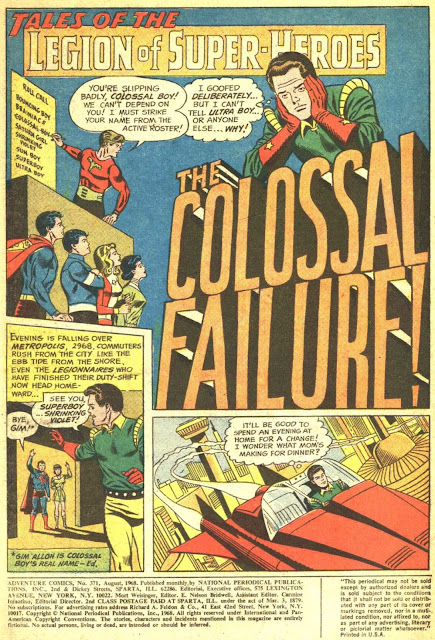 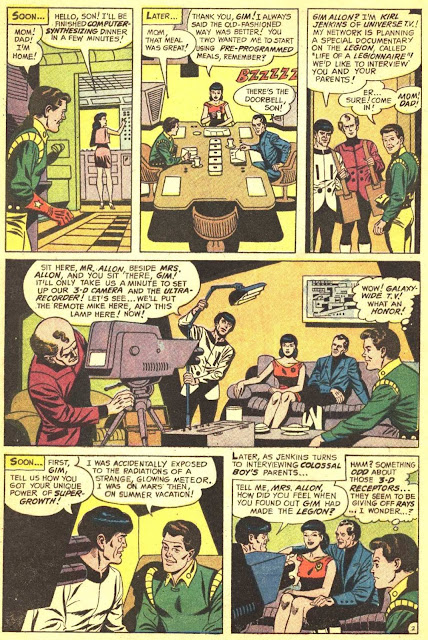 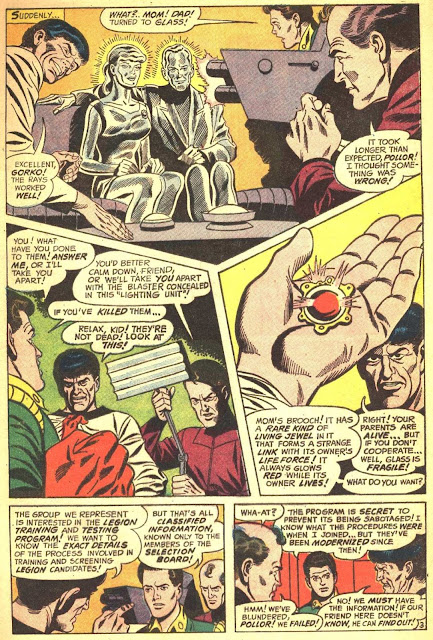 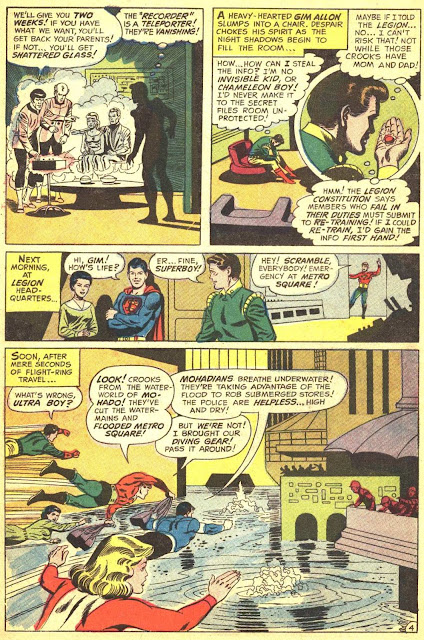 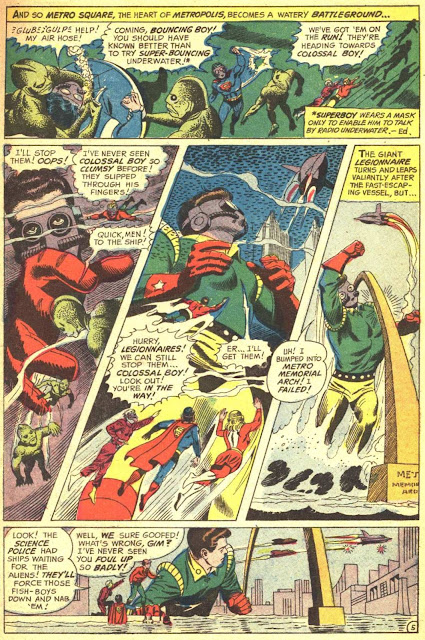 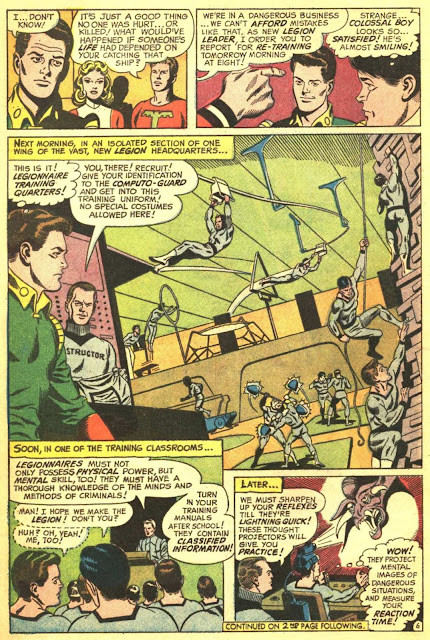 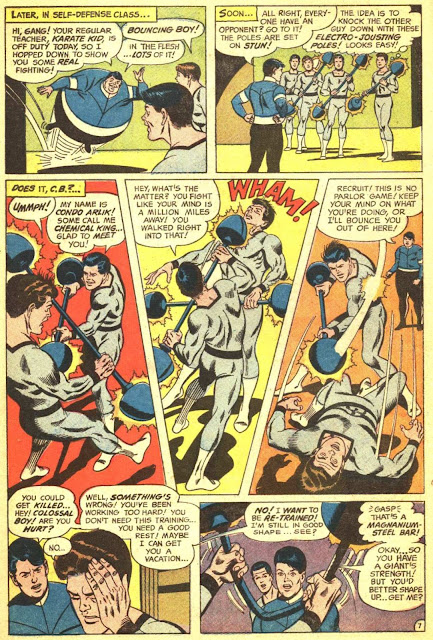 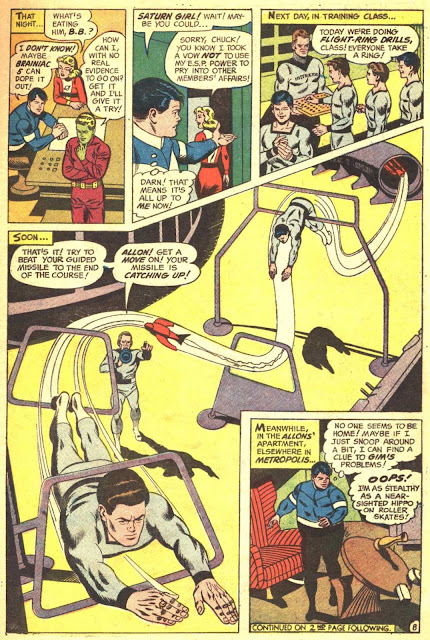 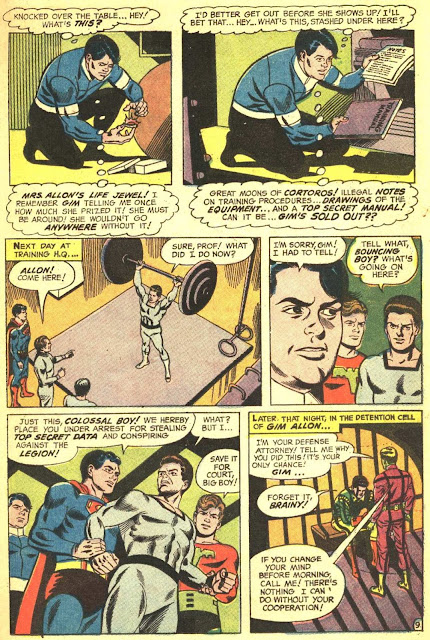 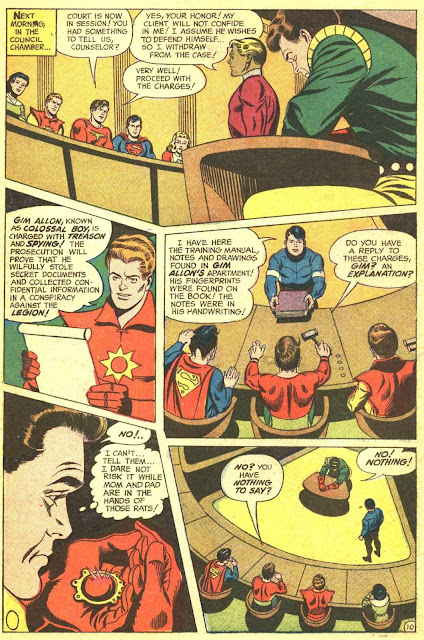 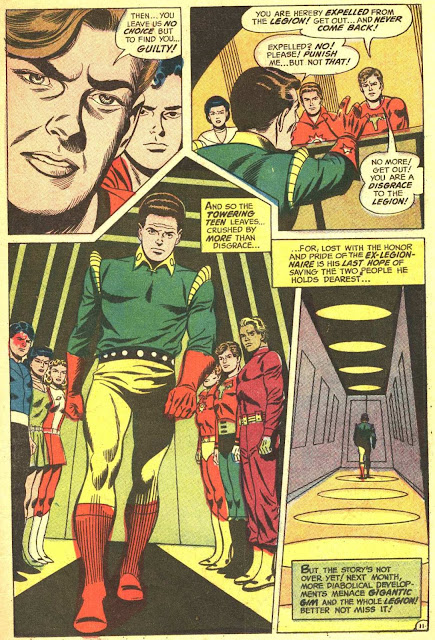 Looks like Shooter once again didn't or couldn't fill the issue with the main story so a reprint was stuck in. BUT...this reprint of a '62 Edmond Hamilton story didn't have The Legion in it at all. Originally. Apparently Shooter was called on to do a few panel rewrites and a couple of new panels with a brief LSH cameo just to justify its inclusion...like Superboy ever needed justification to have a solo story in ADVENTURE. 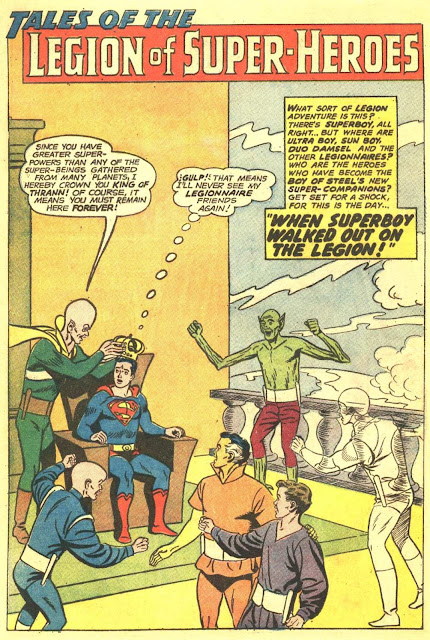 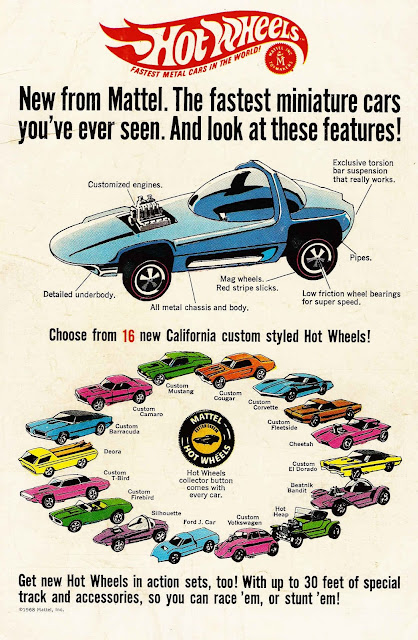