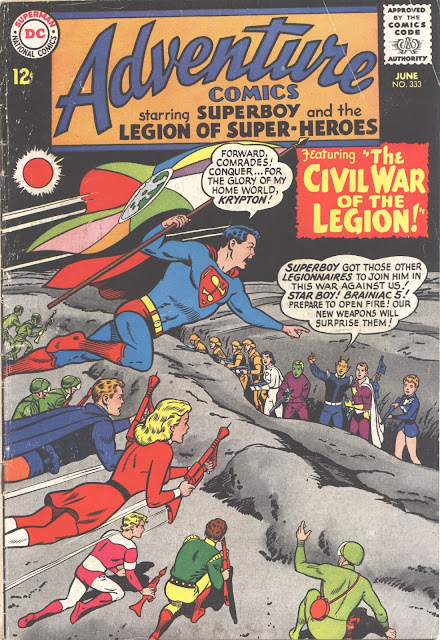 I count my comic book collecting as beginning in March of 1966 and yet I actually did have some comic books prior to that even though I couldn't read. Notable titles included CASPER THE FRIENDLY GHOST, HOT STUFF, X-MEN # 11 and...this issue of ADVENTURE. No idea where I got it but my copy was coverless. I had my mother read it to me endlessly as I started to recognize the words for myself. The plot's an epic one about Superboy returning to Krypton in the past along with some Legion members while others go back in time to ancient earth. Then the two planets go to war! 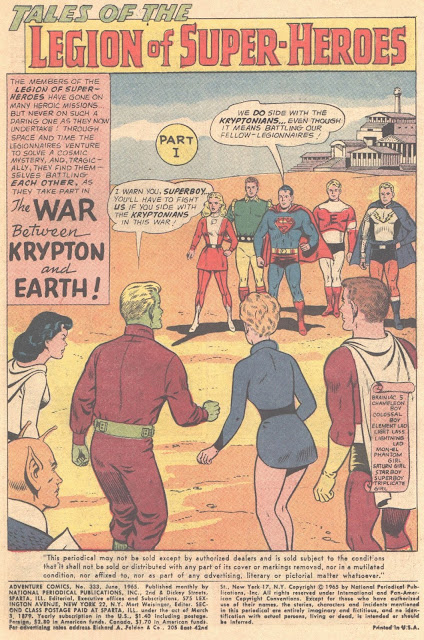 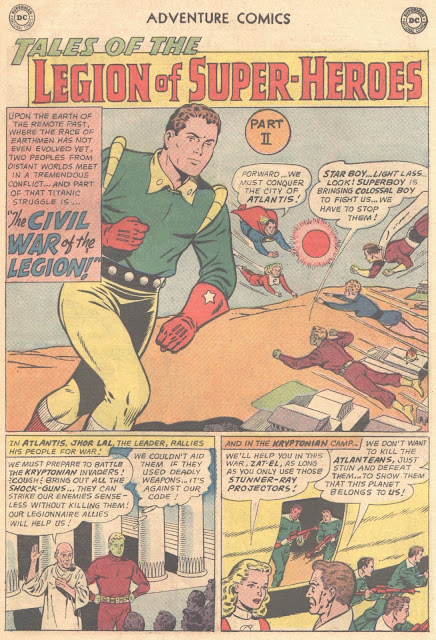 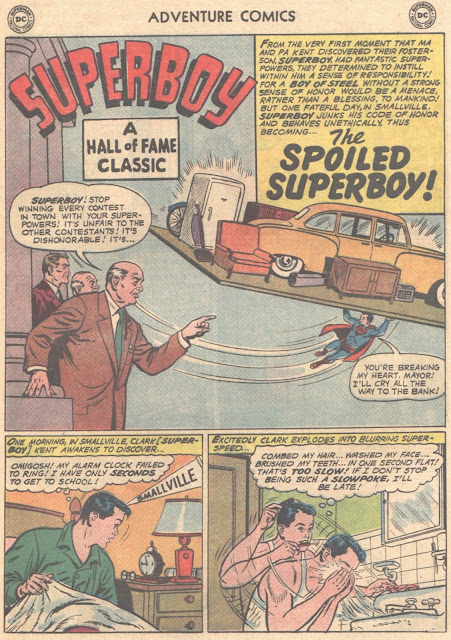