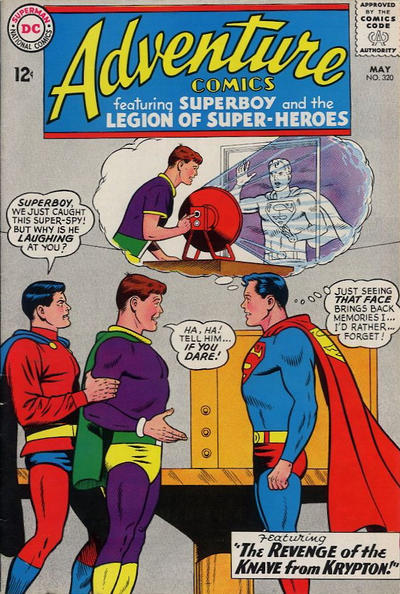 Dev-Em is back, as we noted earlier, only now as a good guy...not the reader knows that at first. 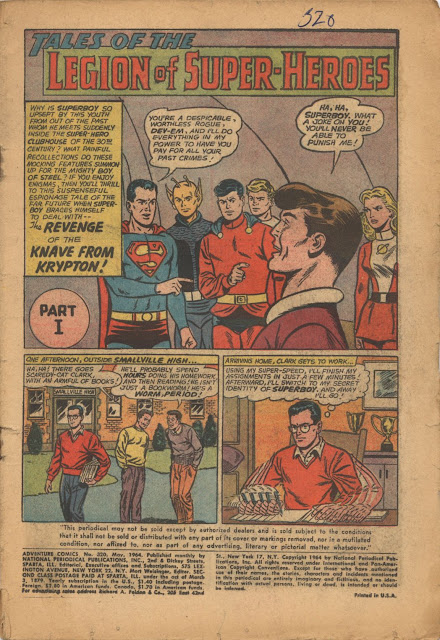 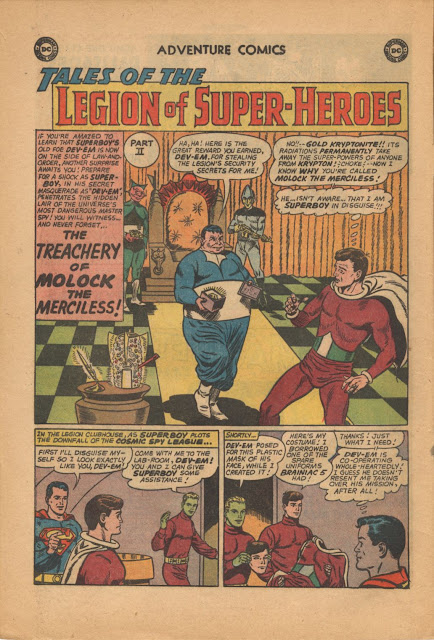 Note from the ad that the Bizarros were back, too, only in SUPERMAN that month rather than ADVENTURE. 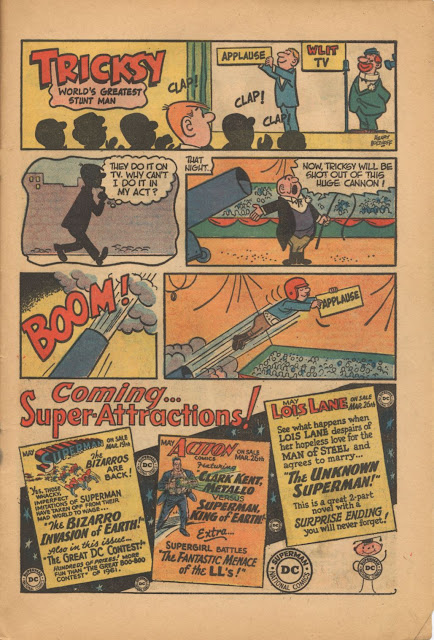 Now that the Legion was a solid hit with Superboy relegated to his co-star role in that series and his reprinted back-ups, it made sense to change the name of the letter column. 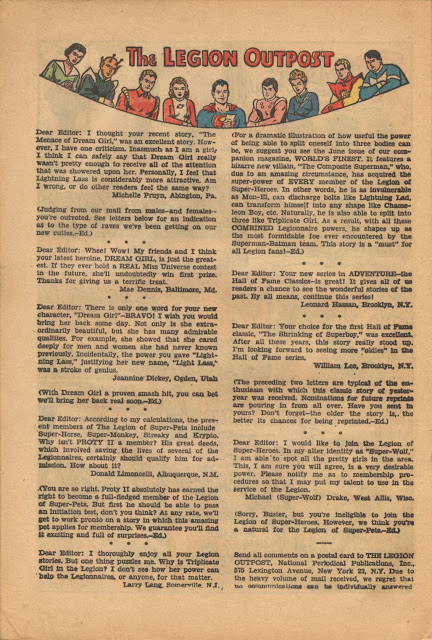 In spite of growing opposition to Viet Nam, DC managed to do quite well with war comics throughout the sixties, partly by keeping them either in World War II or with, of all things, dinosaurs! 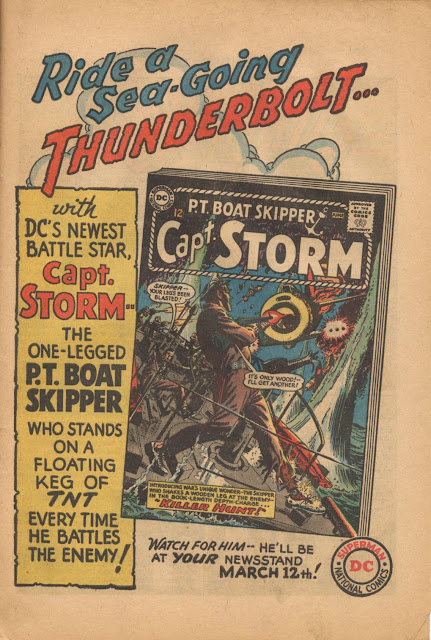 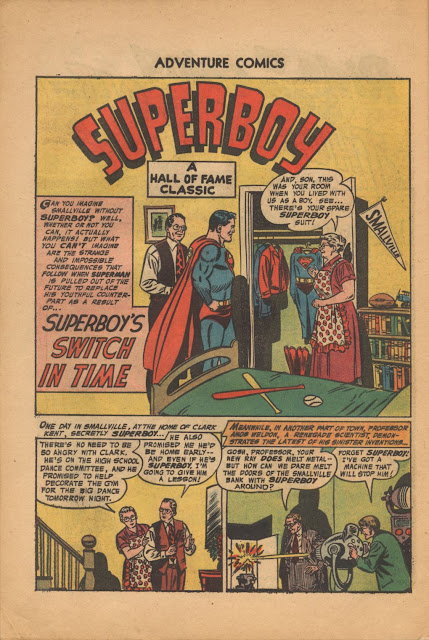 Posted by Booksteve at 1:53 AM