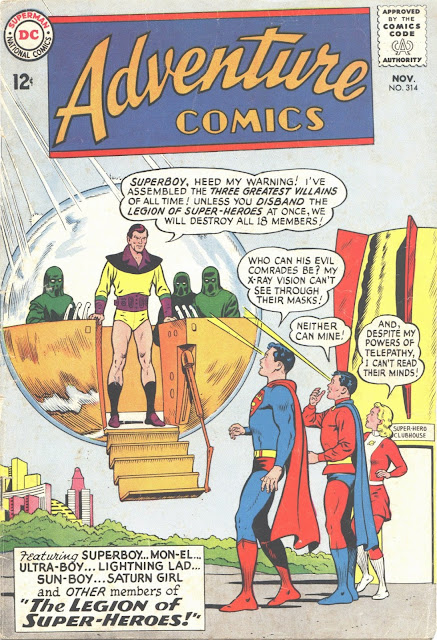 It's the November, 1963 issue but remember, JFK was still alive since the comics hit the stands a couple of months before their cover dates. 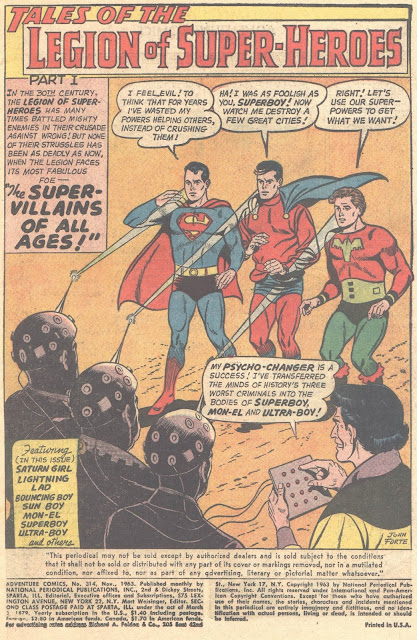 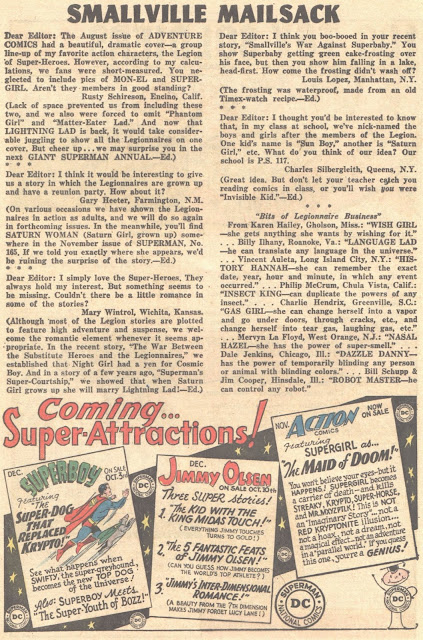 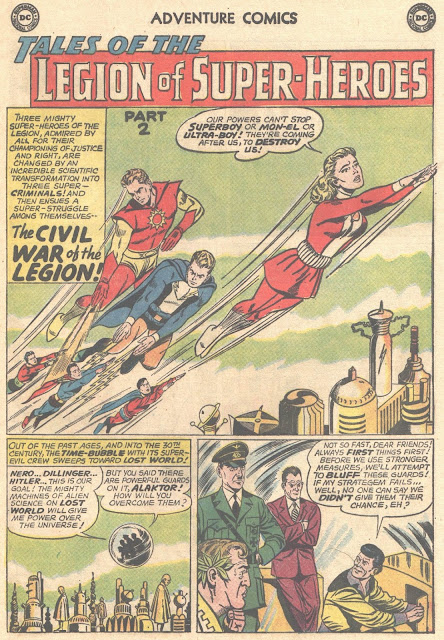 THE BRAVE & THE BOLD begins a long tradition of team-ups with the story advertised here featuring The Martian manhunter and ADVENTURE alumnus Green Arrow (sans Speedy). 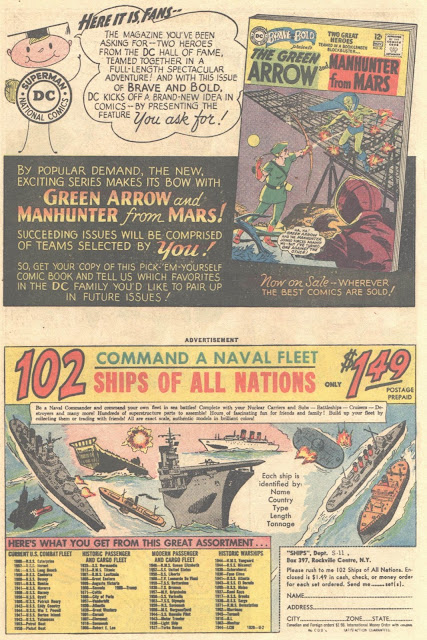 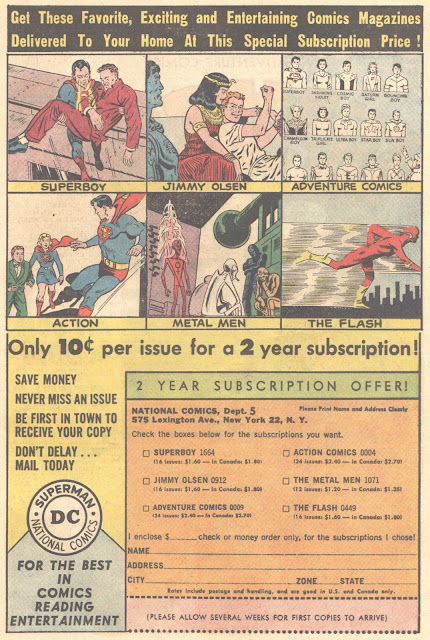 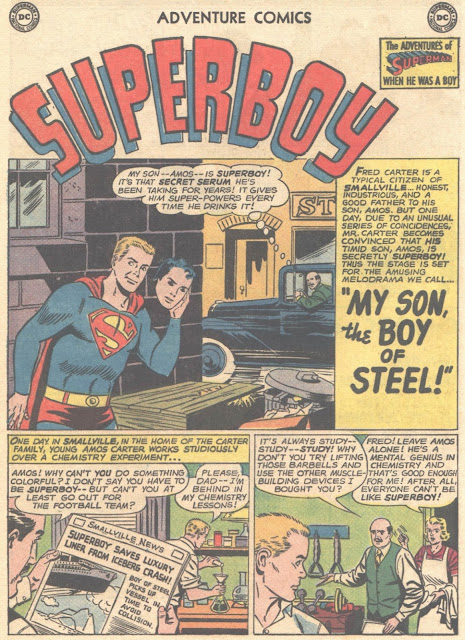 Monsters were big in the early sixties but Code-approved comics had to steer clear of most after the events of the horror comics scandal of a decade earlier. How Aurora got all these ads in is a question. 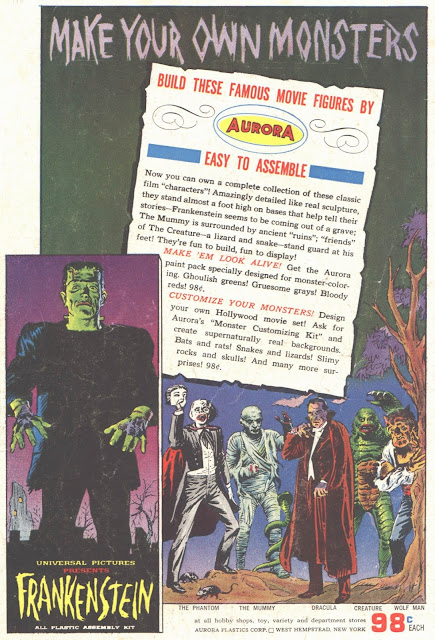