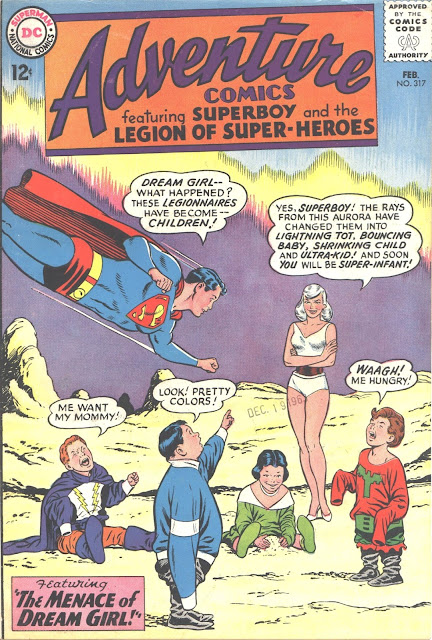 At this point, JFK was dead and the era of Camelot had passed in the real world. In the comics, things were continuing to develop toward the peak of the mid-sixties Silver Age with covers such as this great Curt Swan and George Klein one. It's great in spite of the fact that the dreaded Superbaby stories have now been translated into the 30th century in a way. This issue introduces Dream Girl as the villainess. Later, of course, she becomes a member. On the cover she looks much like she's remembered but inside she looks very different. 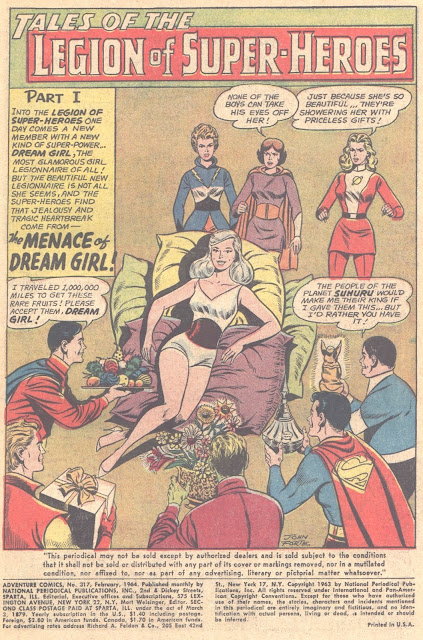 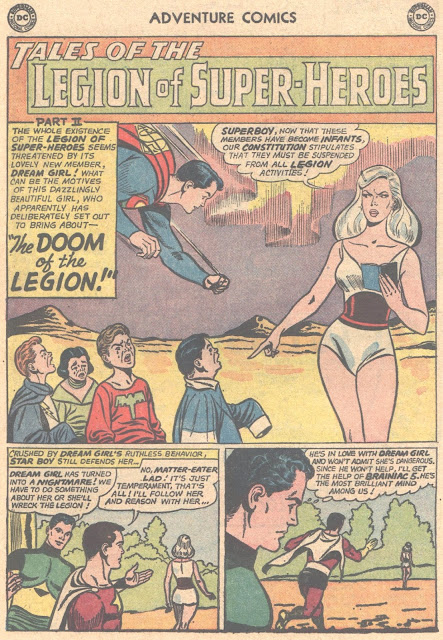 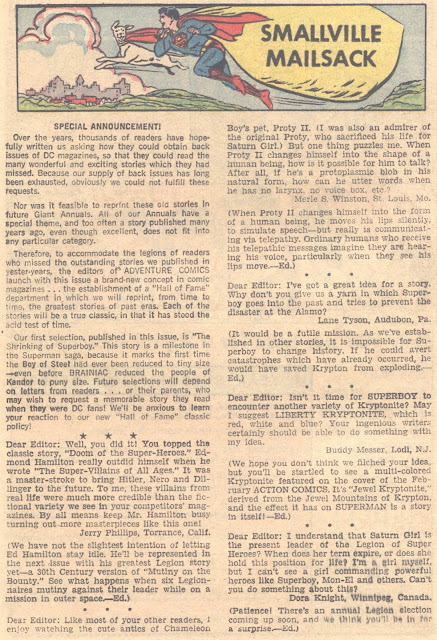 Here we have the first of the Superboy Hall of Fame Classics. AS often happened during this period, the original publication is not noted but it's from a 1957 issue of SUPERBOY and is drawn by John Sikela. 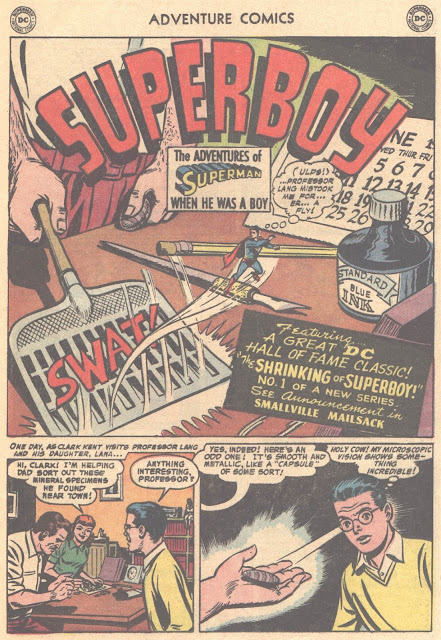 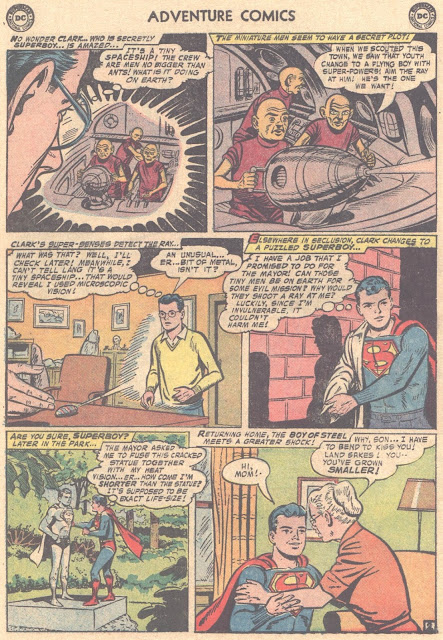 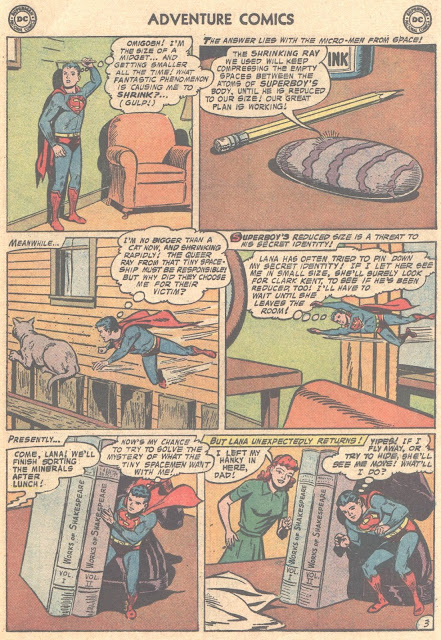 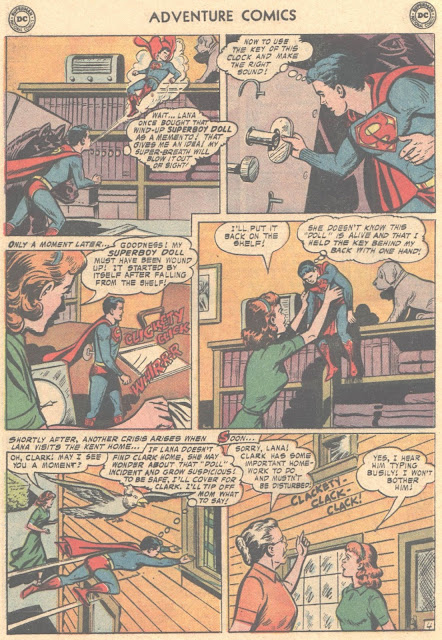 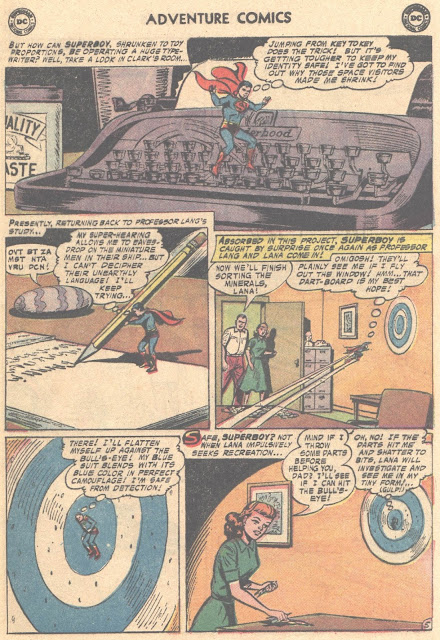 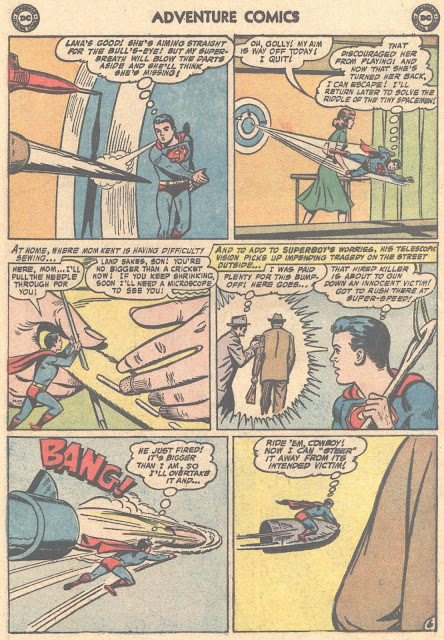 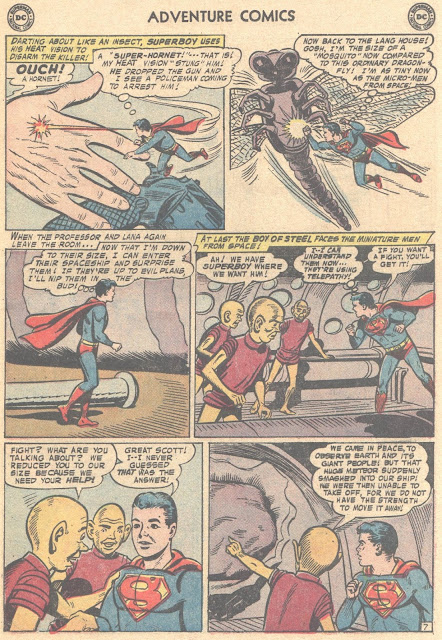 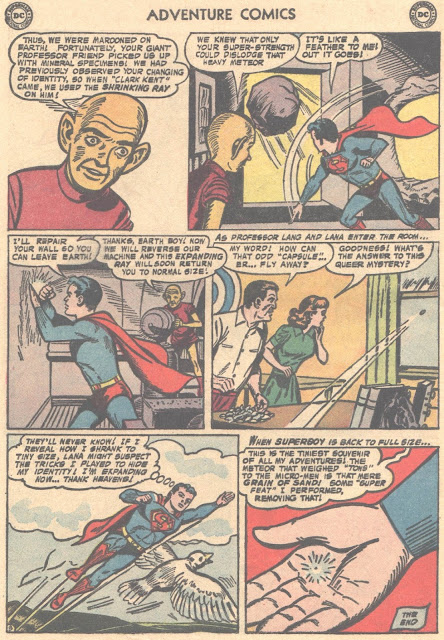