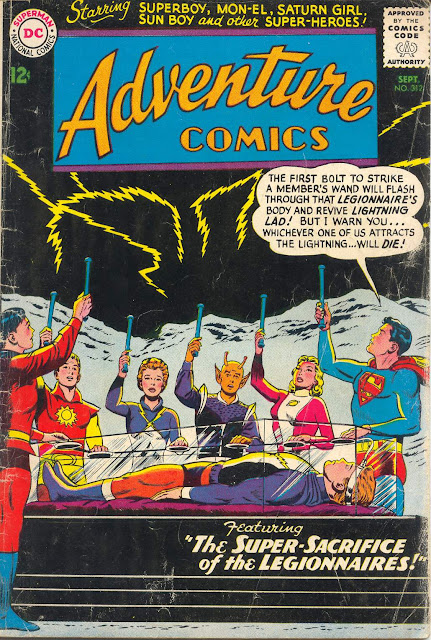 This was a big one. Lightning Lad is brought back to life but only at the sacrifice of another hero. one who, as far as I know, actually has remained dead in all the years since. It's presented as if it's Saturn Girl but in the end it turns out to be Proty. Proty, although obviously a sentient being with a changeable protoplasmic body, was presented as being Chameleon Boy's pet and, in fact, a member of the Legion of Super Pets. 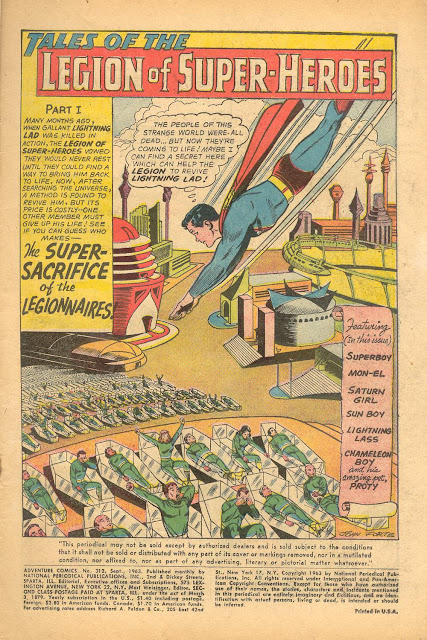 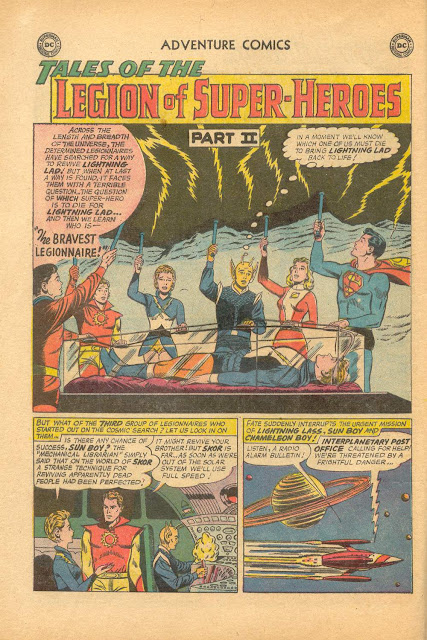 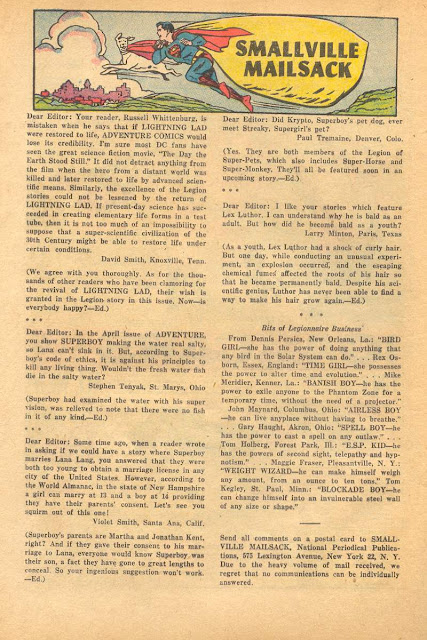 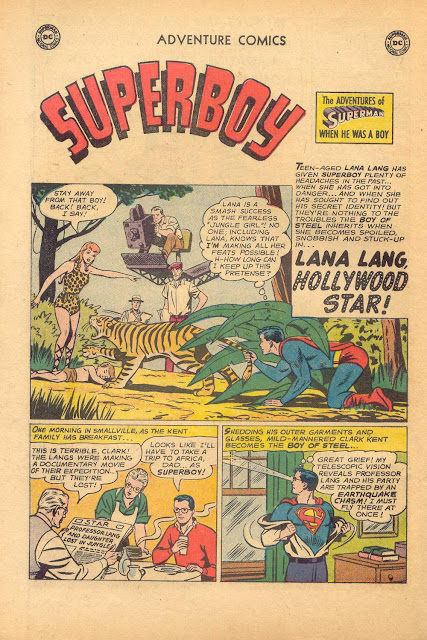 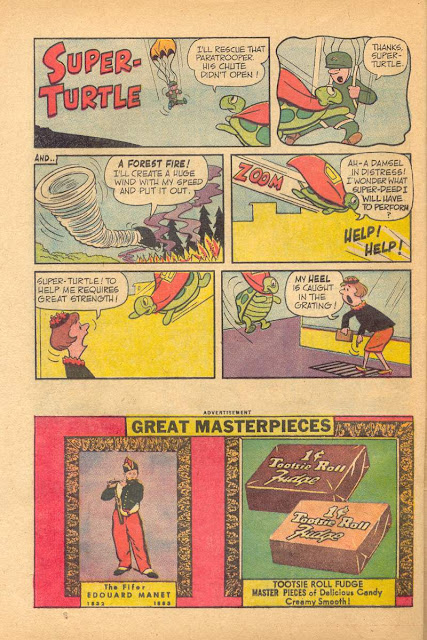 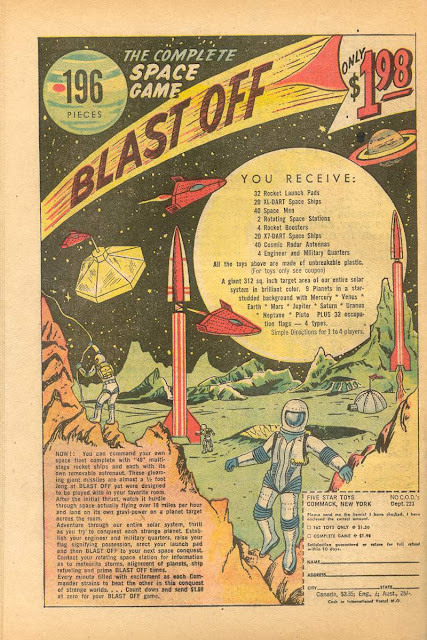 Posted by Booksteve at 4:33 AM