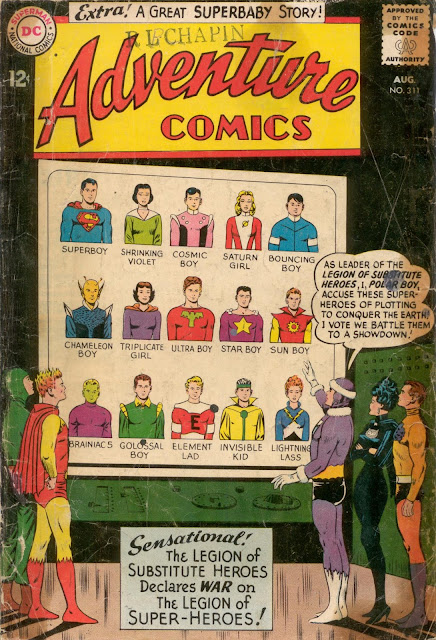 A nice bright Legion cover spotlighting the Subs as well as the membership proper (including the off-model, "I don't get no respect" Invisible Kid). Since this issue's other story features Super BABY, this is the first issue in more than a decade in which Superboy only appears in a few images, such as here o the cover and on the letters page. There's a letter here, by the way, from a "Mark Wade." While one might think tis could be future LSH writer Mark WAID, misspelled, remember that this issue came out in 1963. THAT Mark would have been one year old. 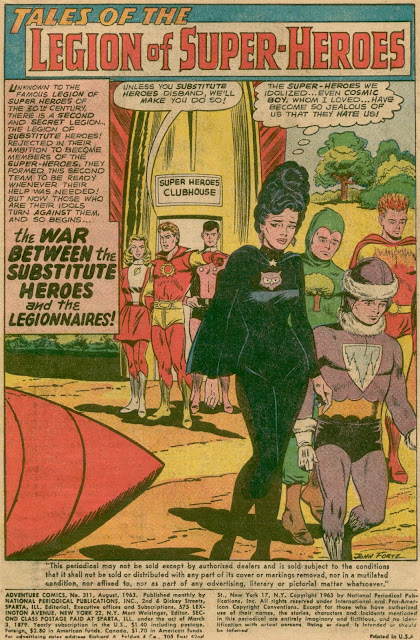 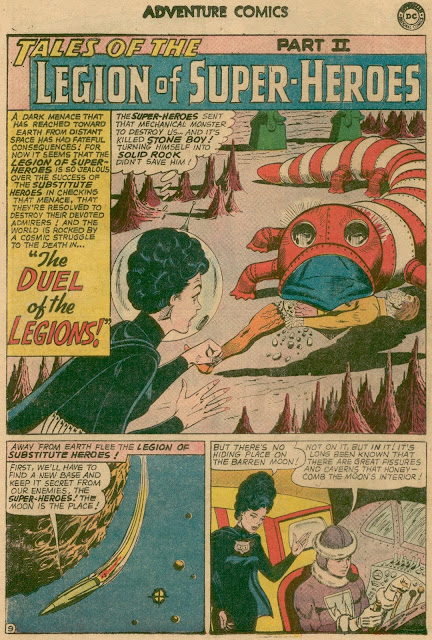 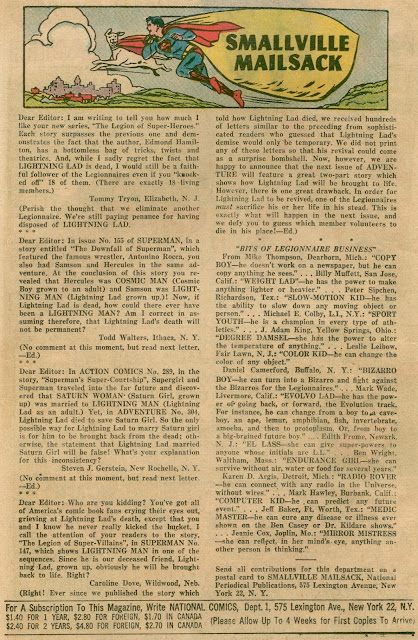 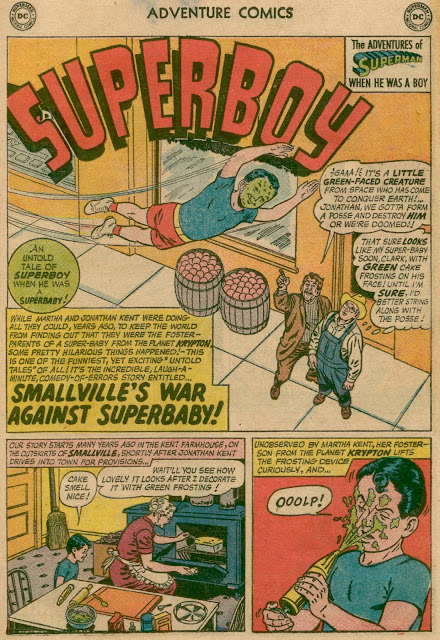