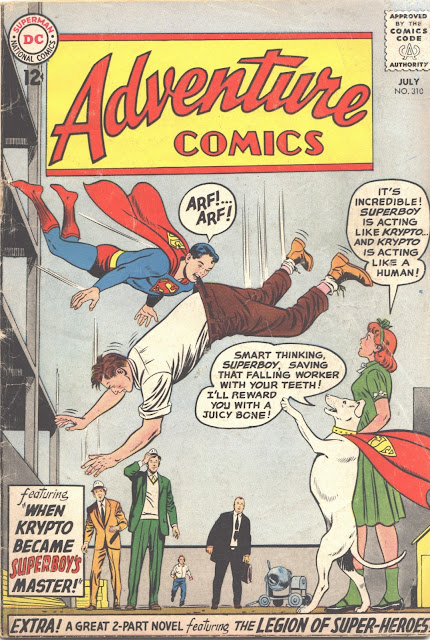 Again, Superboy snags the cover but the Legion gets the main slot with yet another rarely reprinted tale, this one involving a future Myyzptlk. In the letters page, Mort Weisinger is seemingly credited with going to Hollywood to plot Kirk Alyn's SUPERMAN serials of years before. Perhaps they meant Whitney Ellsworth, ADVENTURE'S former editor, instead? Another letter comes from sci-fi great and sometime LSH author, Edmond Hamilton, whose wife, Leigh Brackett, would later script THE EMPURE STRIKES BACK. 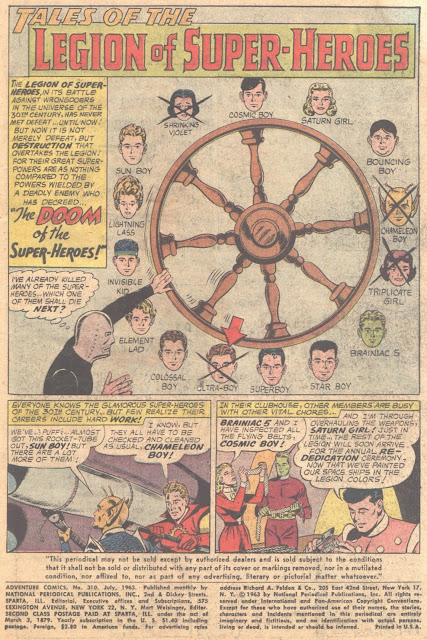 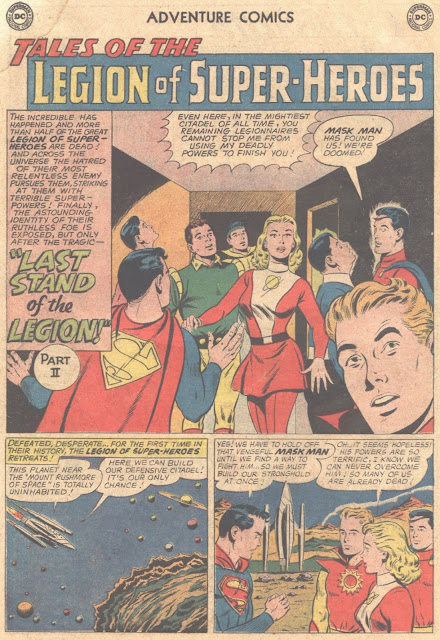 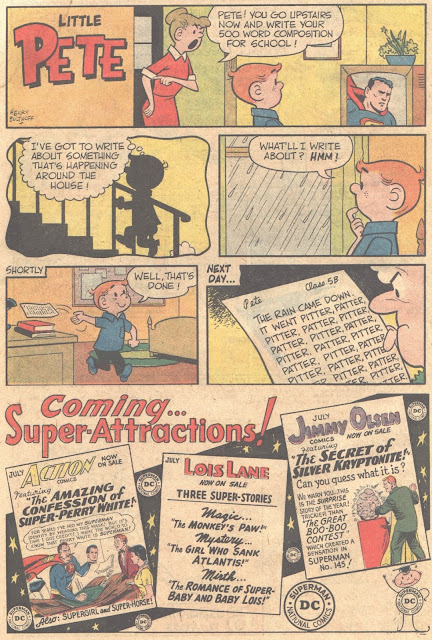 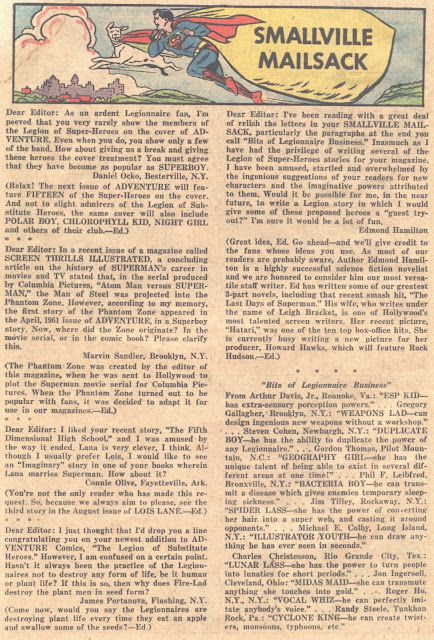 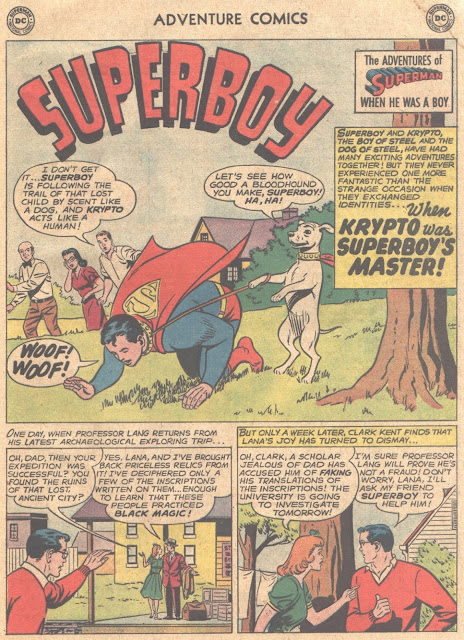