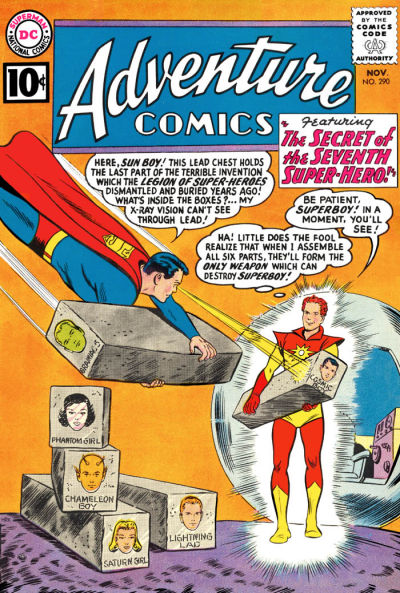 Although not really all that special, both of this issue's stories have been reprinted several times in the decades since. Superboy meets Legionnaire Sun Boy for the first time here...even though  the evil character here turns out to be a fake Sun Boy. The real one appears briefly at the end along with yet another Legion cameo. 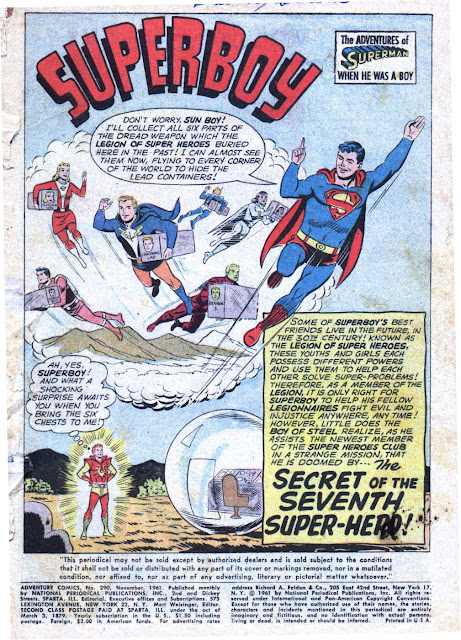 According to GCD, the PSA below--as well as several in recent issues--is the work of Bernard Baily, a longtime fixture of the early years of ADVENTURE with his work on HOUR MAN and THE SPECTRE. 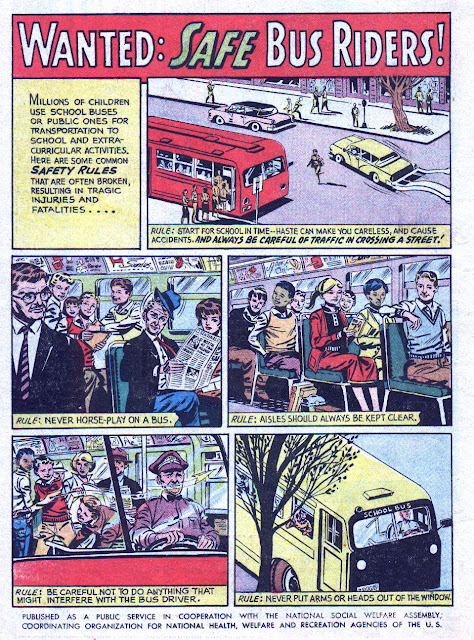 This issue debuts BITS OF BIZARRO BUSINESS, a fun reader-participation section in which fans send in their ideas on backwards concepts from the Bizarro World. 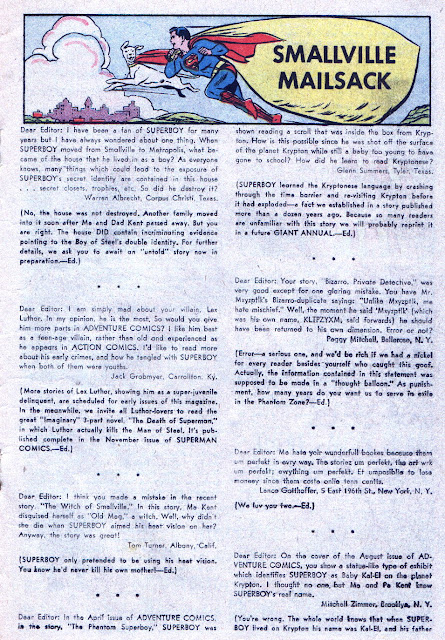 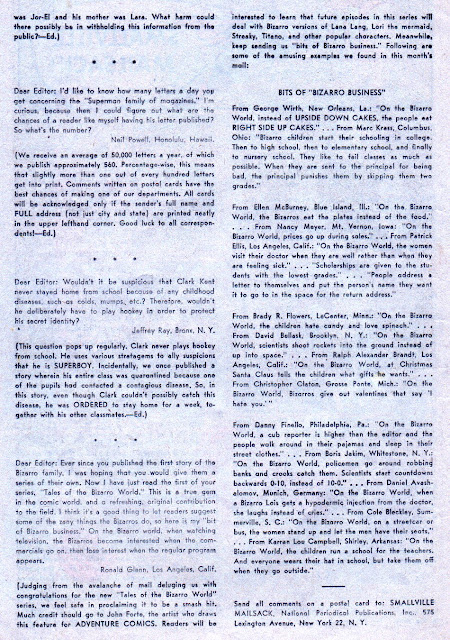 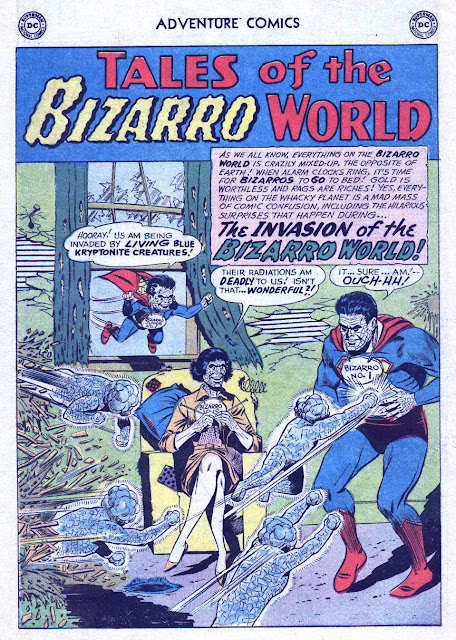 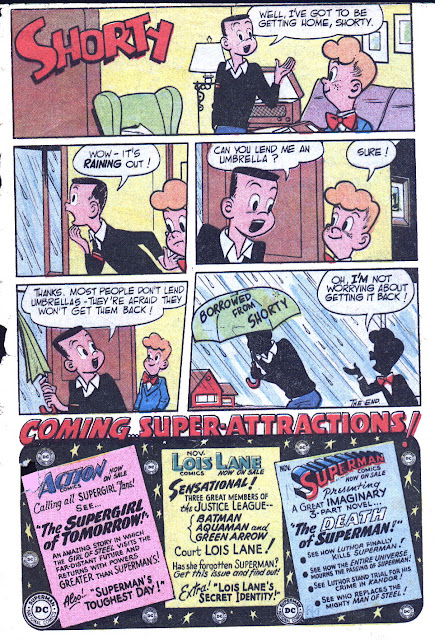 Finally, here's The Atom, the latest Silver Age revitalization of a Golden Age character. To be fair, this was more a revival of Quality's Doll Man, a character that DC did, in fact, have the rights to by that point. The only thing the Ray Palmer Atom had in common with the Al Pratt Atom was the name. 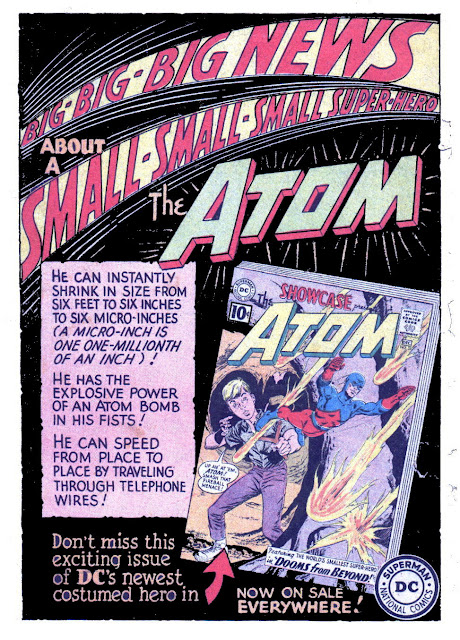