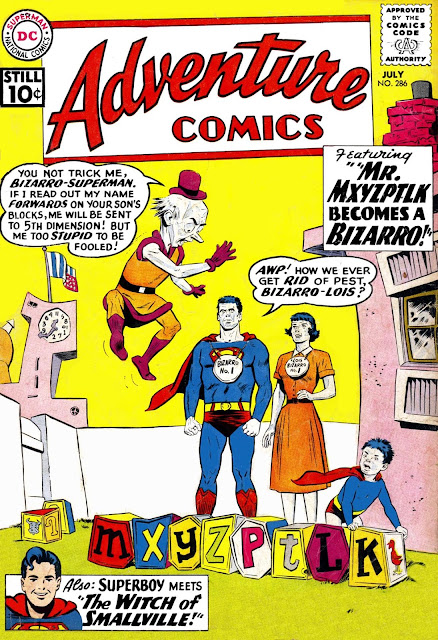 Interesting things to note this issue--All the ads for reprint Giants which are the same size regular issues used to be! Also note the gushing praise for the Bizarro series in the letters column, even though the previous issue that had featured the first installment wouldn't have even hit the stands yet when this one was put together. Notable also is the ad for the first Adult Legion story...even though it is the Legion of Super Villains, not Heroes! Finally, with Jerry Siegel once again writing, John Forte is introduced as what will become the major artist on the series. 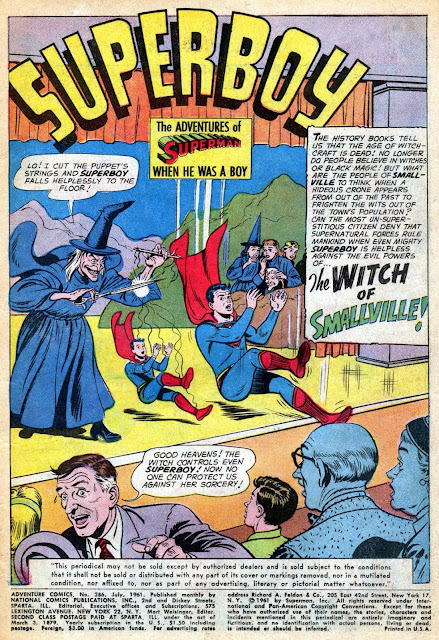 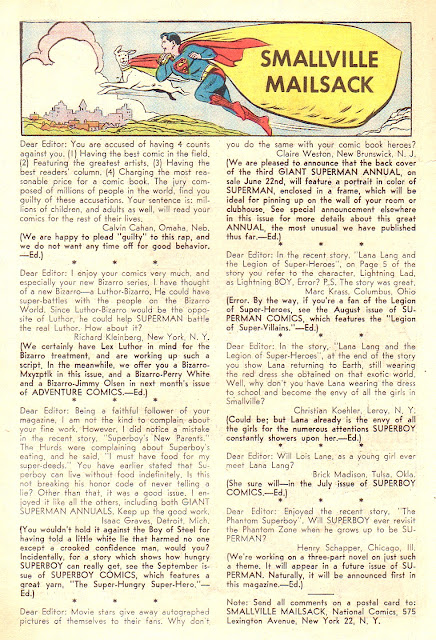 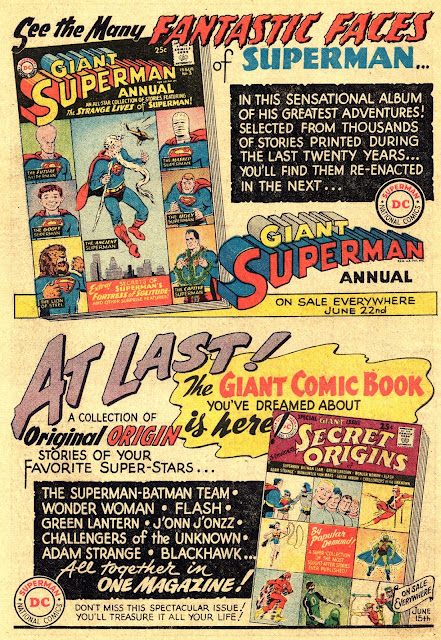 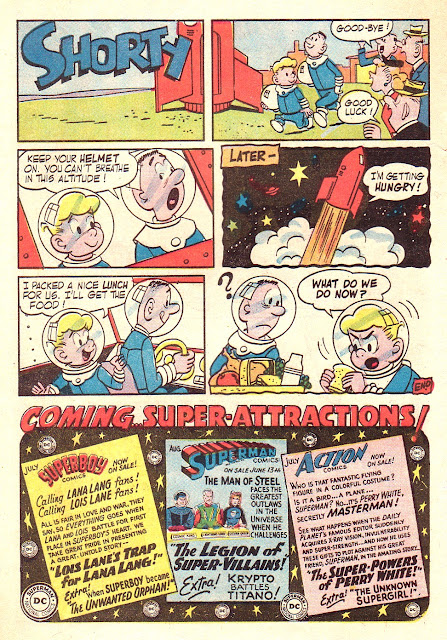 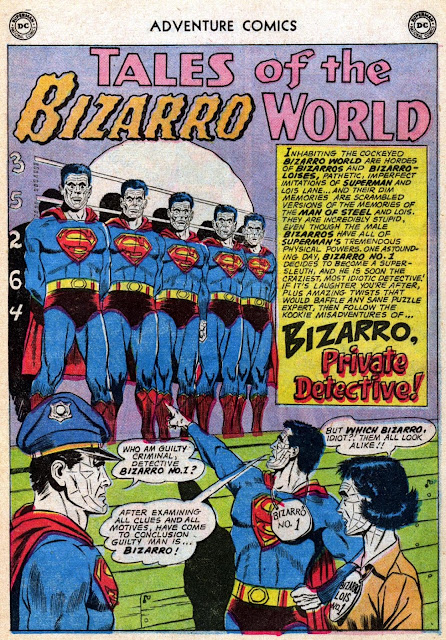 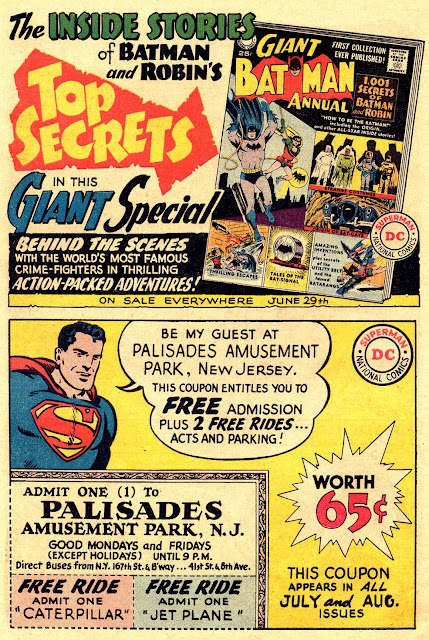