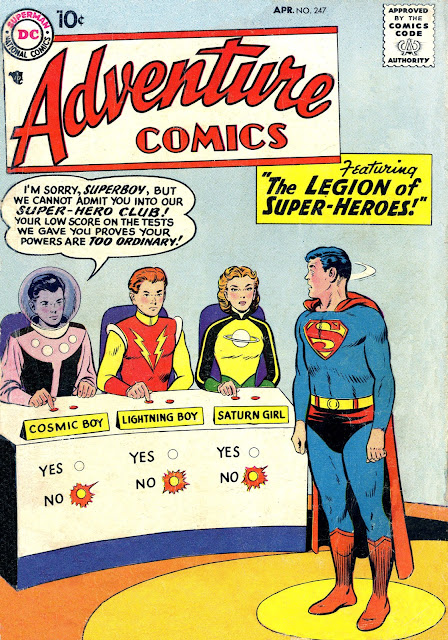 Okay, here we go. This issue introduces THE LEGION OF SUPER-HEROES, inadvertently opening a giant-size can of continuity worms that still plagues DC to this day. The Legion quickly became popular, then a cult favorite and remains too entrenched with the DCU to go away in spite of the fact that the series has had so many reboots that one's head hurts just thinking about them. 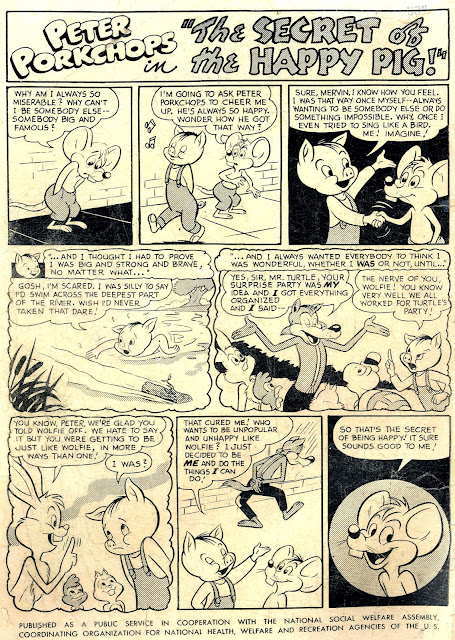 In this first story, credited to Otto Binder and Al Plastino, it's fairly clear this was meant to be a one-off twist--something from Superboy's future for a change rather than his past. The Legionaries we meet aren't quite our familiar friends of later years. In fact, Saturn Girl dresses more like the evil Saturn Queen and Lightning Boy (not yet "Lad") dresses like the future character, Sun Boy. This story has been reprinted often but sometimes edited to reflect the way the characters came to be later on. This is the original, unedited version. 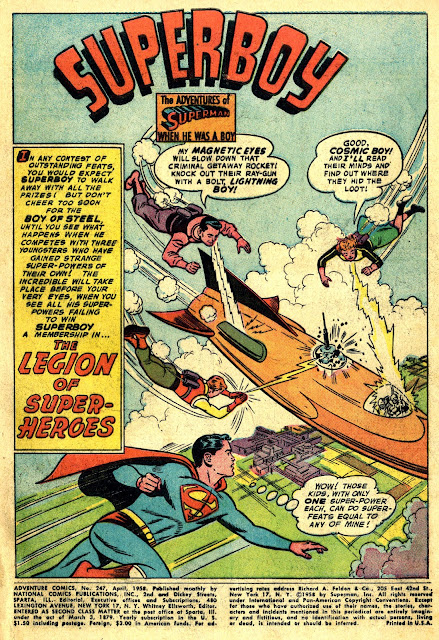 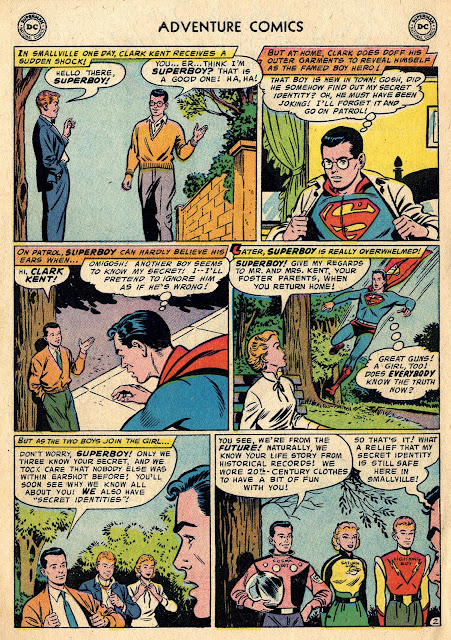 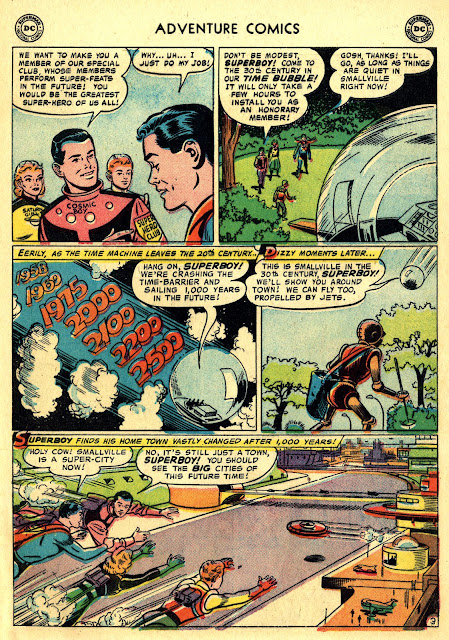 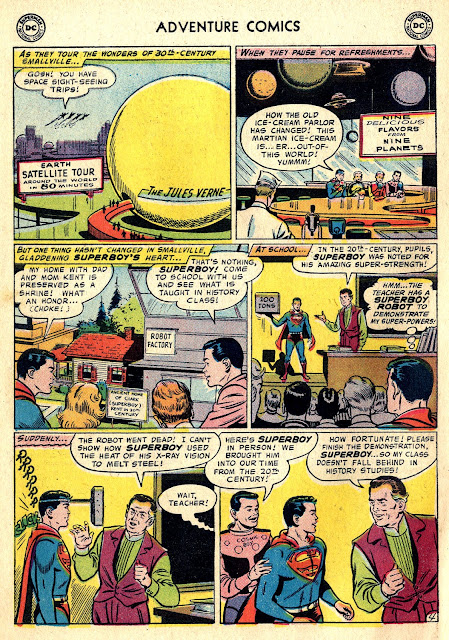 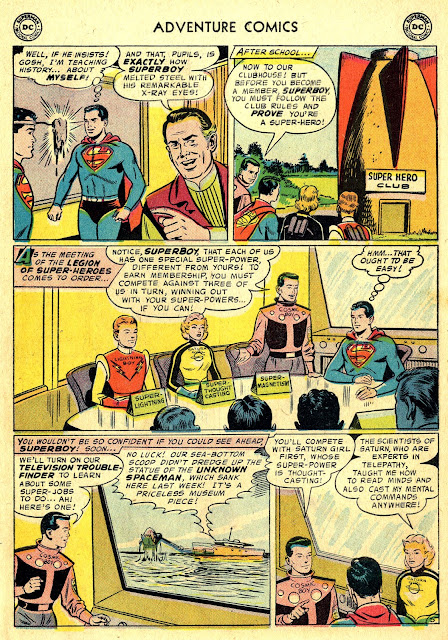 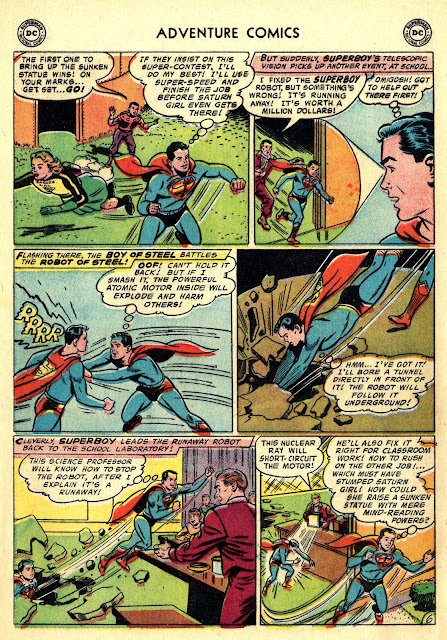 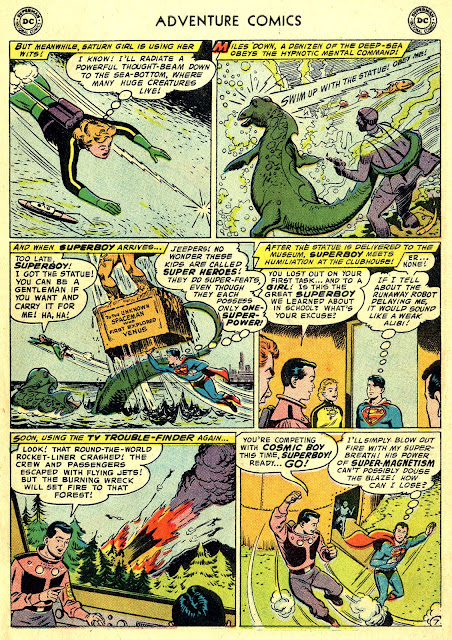 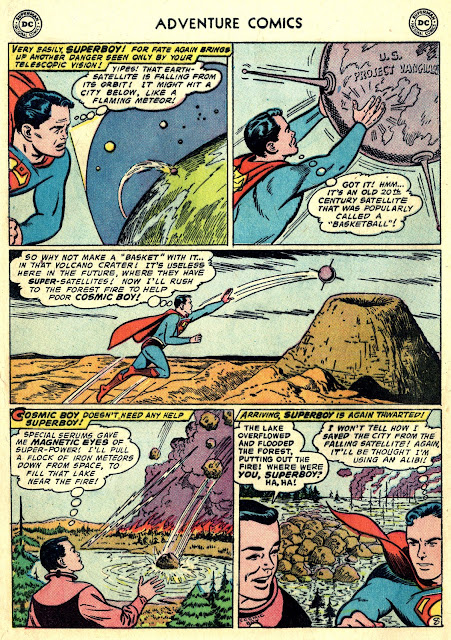 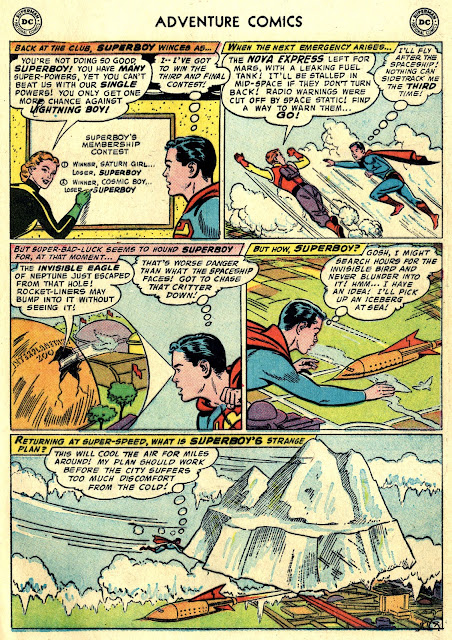 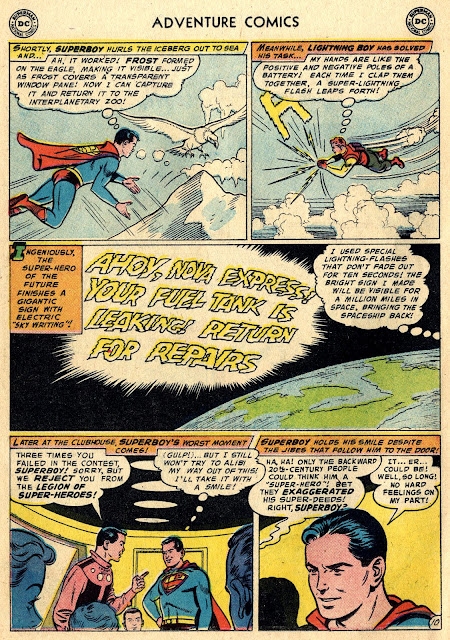 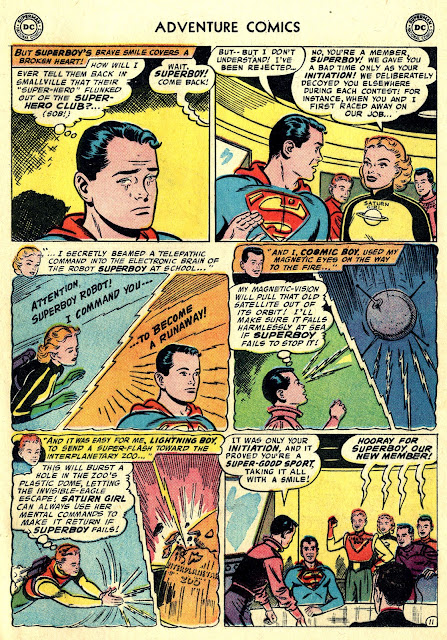 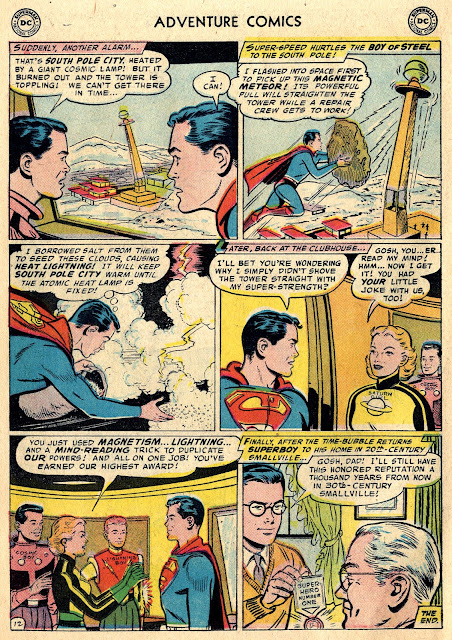 The Silver Age progresses as we see SHOWCASE grads, the Challengers, getting their own mag, drawn by Jack Kirby who was now back at DC where he had previously drawn SANDMAN and MANHUNTER right here in ADVENTURE. He would soon make a bad business deal with his DC editor to do his own comic strip, SKY MASTERS OF THE SPACE FORCE, along with sometime CHALLENGERS OF THE UNKNOWN inker Wally Wood. The outcome of that deal would see Jack heading back to the barely subsisting Marvel where he and Stan Lee would utilize the Challengers template, consciously or coincidentally, to create the Marvel Universe. 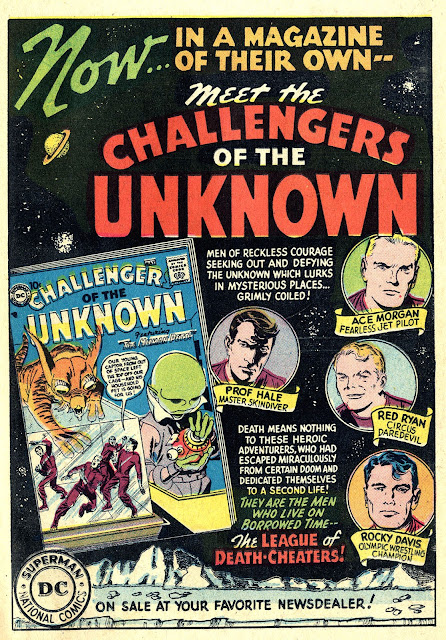 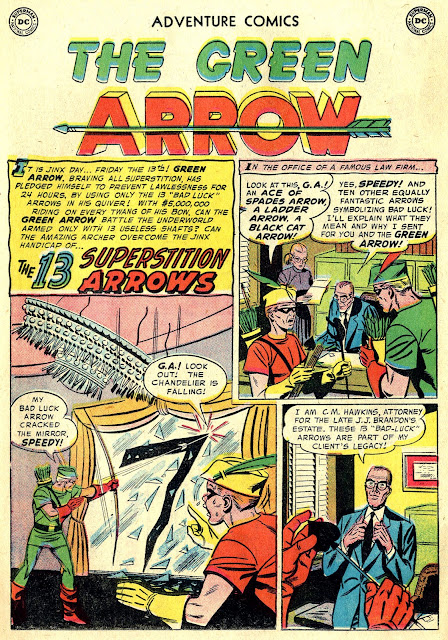 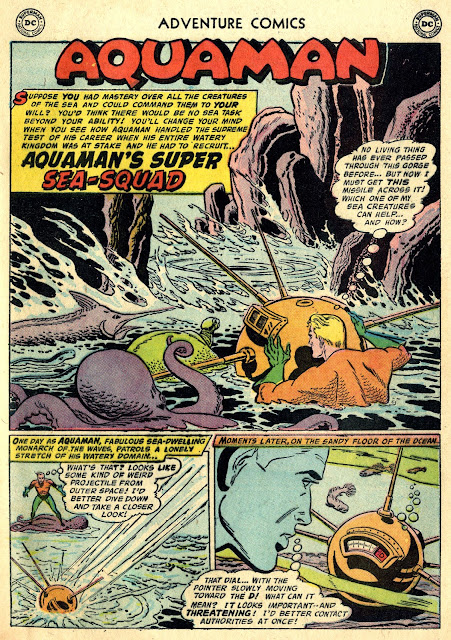