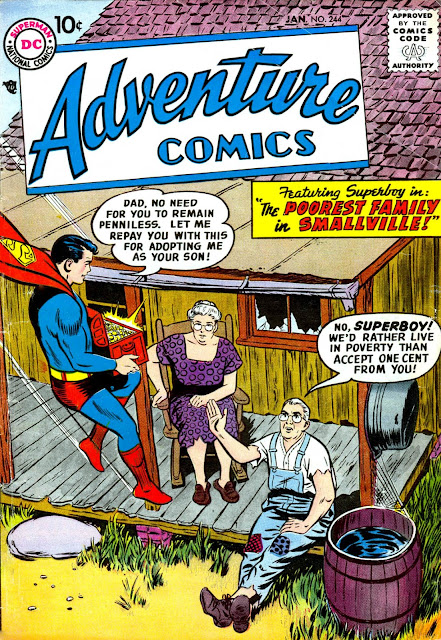 Here we have the January, 1958 issue. More than 2 decades have passed by this point as ADVENTURE COMICS has just zipped on through, seemingly oblivious to much of the controversy surrounding comics. The Golden Age characters are long gone and the Silver Age characters have started popping up...and yet Superboy, Aquaman, Green Arrow and Speedy haven't left. They've sailed right through from Gold to Silver! 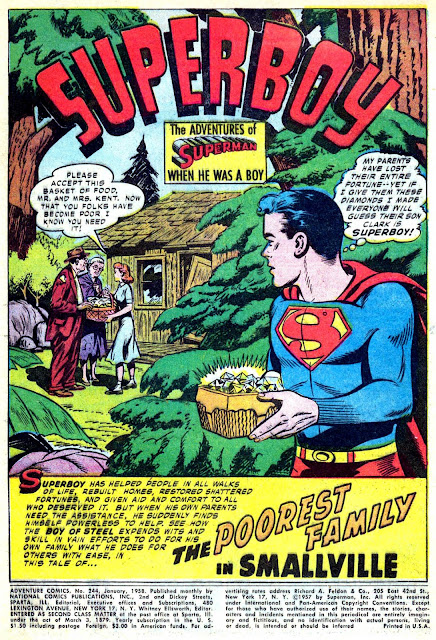 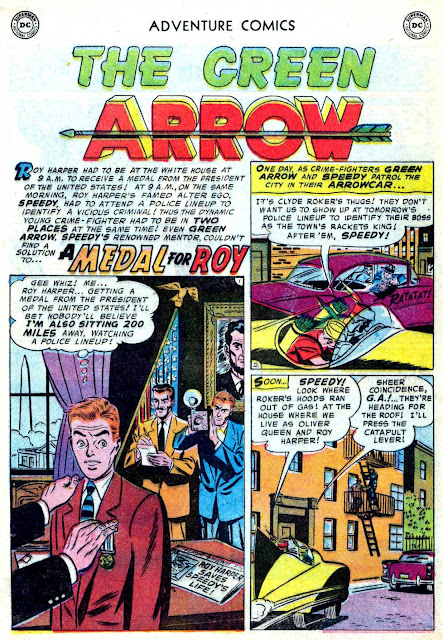 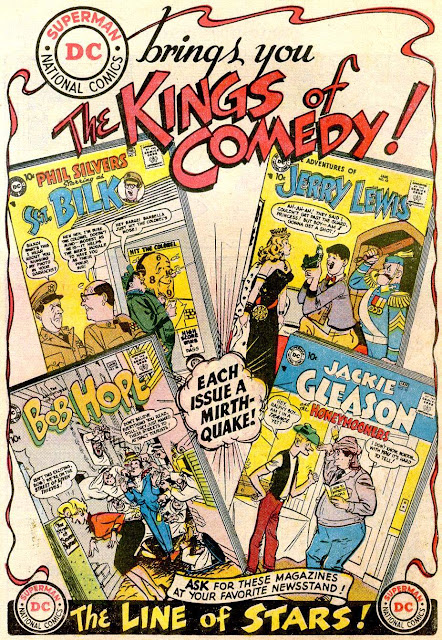 This Aquaman tale may have been inspired by the popularity of giant monsters in movies of the 1950's, arguably started by GODZILLA earlier in the decade, 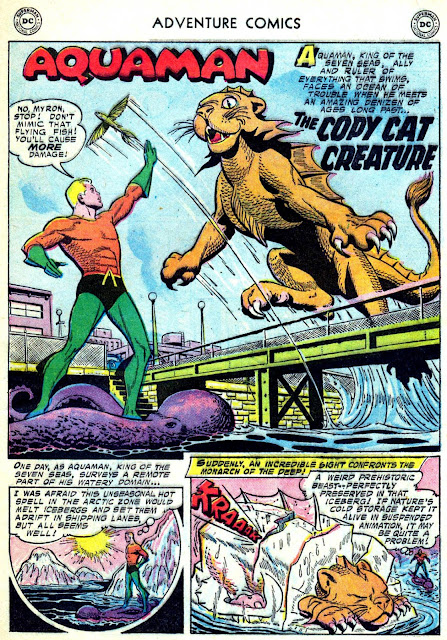 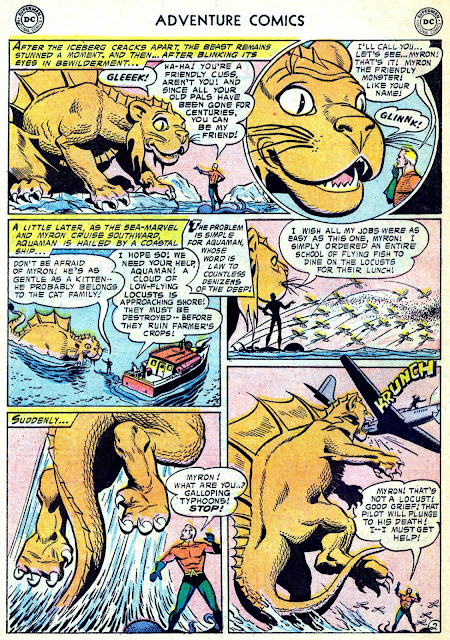 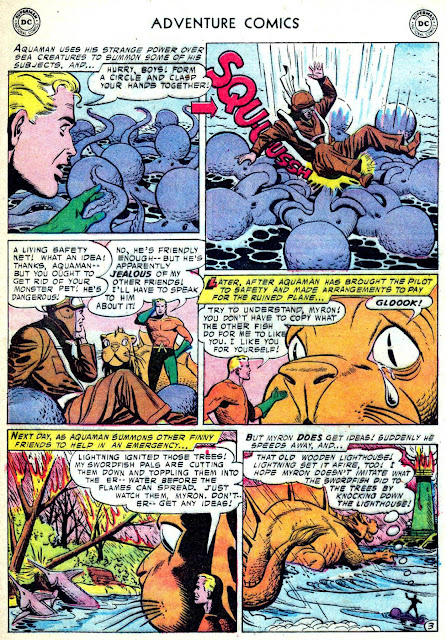 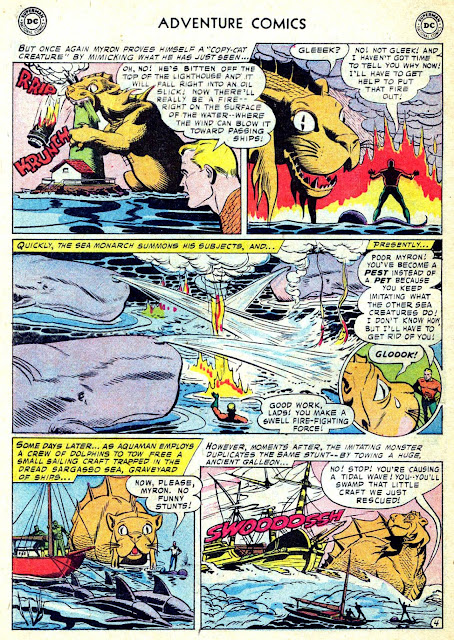 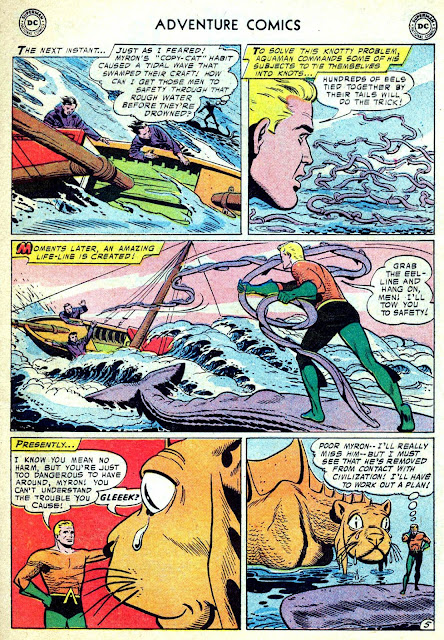 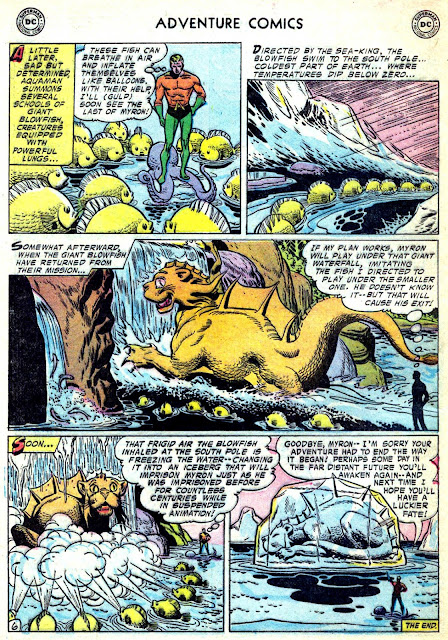 Someone else who reinvented himself for the television age was Walt Disney who expanded not only onto the tube but into a theme park! A heavily cross-merchandised theme park! 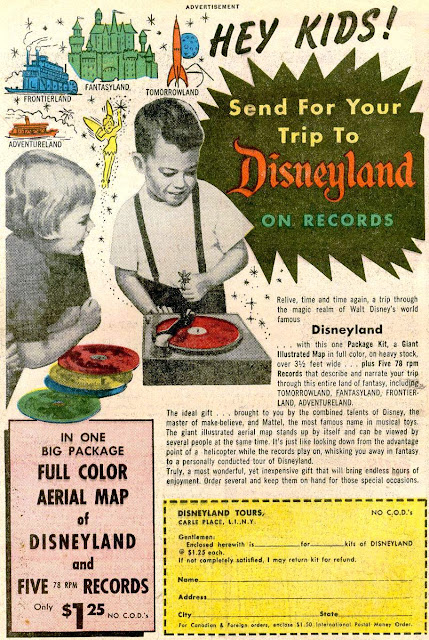