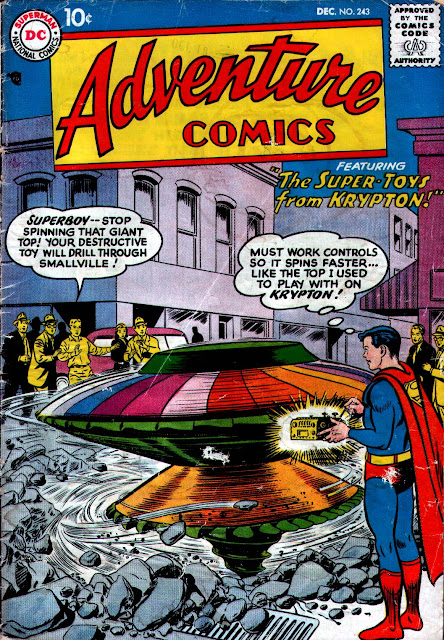 Now its TOYS from Krypton! Was there nothing that didn't survive that horrendous blast...besides Jor-El and Lara apparently? 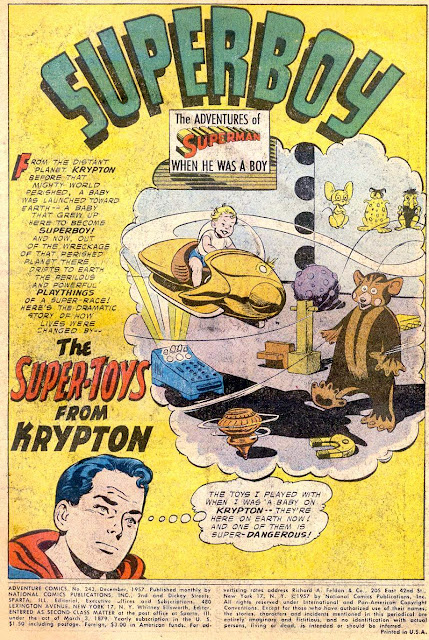 Note the emphasis on the fact that he is also a TV character. In point of fact, the series was nearing the end of its run. Reeves' unfortunate death a little over  a year later precluded rumored new episodes but the reruns are most likely still being seen somewhere even today! 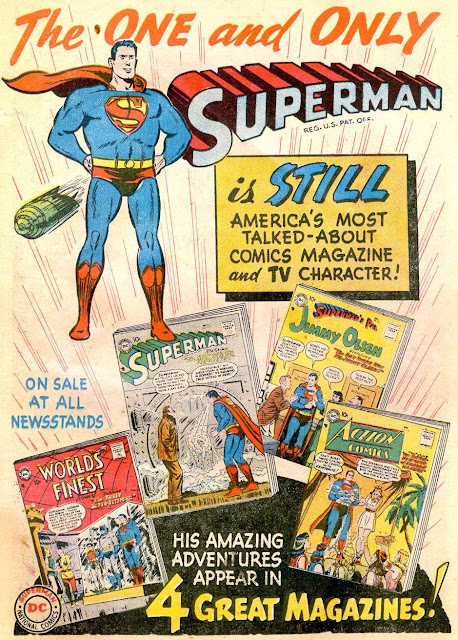 Science toys and erector sets were big back then. Educational toys that were also fun. Nowadays, you only get that for the littlest kids. 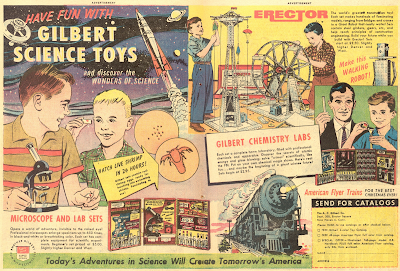 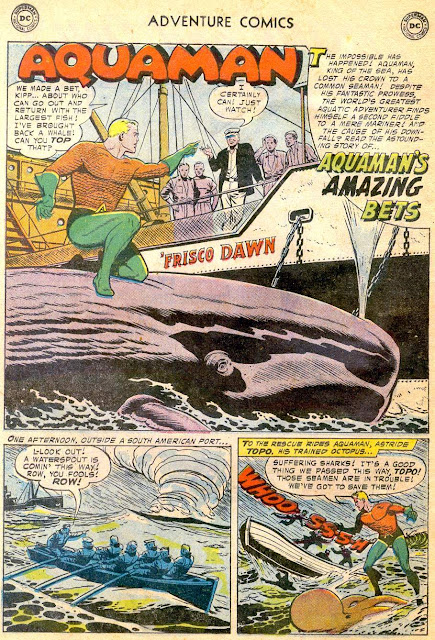 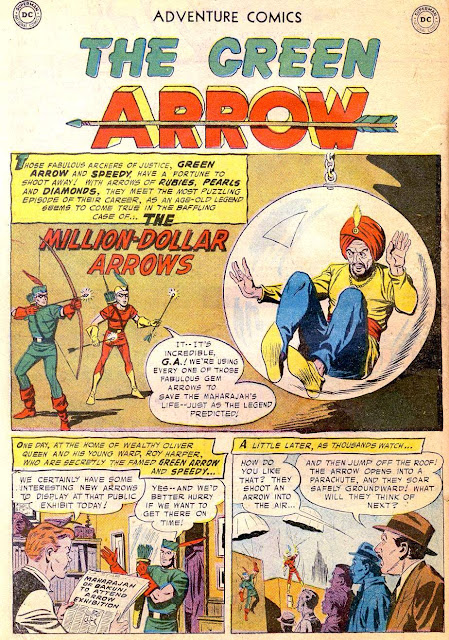 This being the December issue, it was on the stands at Halloween of '57 which explains the presence of this BINKY Halloween PSA. Not sure how to explain the odd choice of ultra-realistic artist Ruben Moreira to draw it, though. 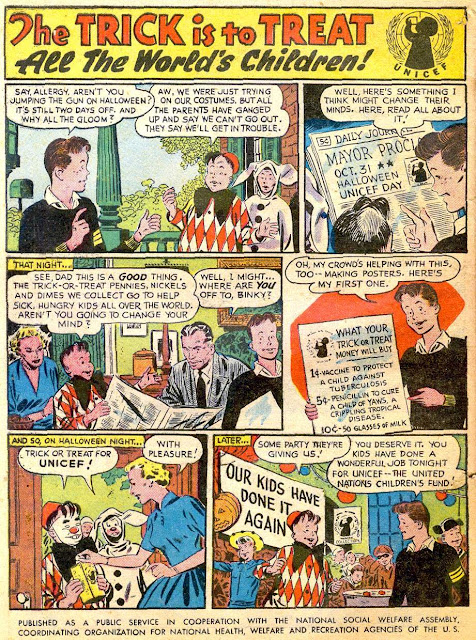