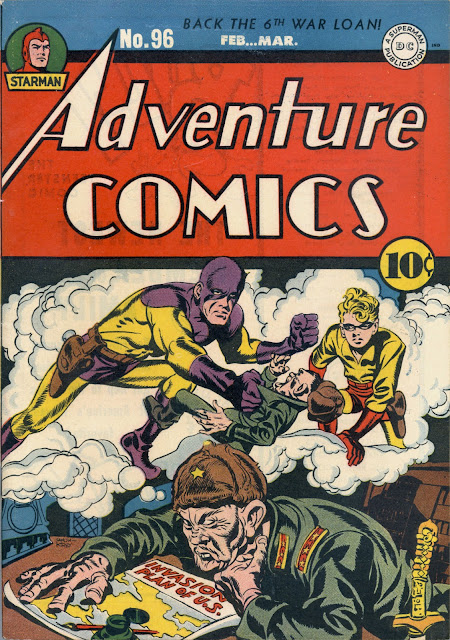 VE Day was just around the corner and the sales bonanza that all comic books were having with the soldiers would soon be a casualty of the war. If DC wasn't already looking at revitalizing ADVENTURE, they would soon. Certainly they continued to coast with some lackluster stories and art here--along with lots of wartime propaganda including the plug for the 6th War Loan right atop the cover!
Someone at DC may have sensed that superheroes were on their way out. Why else would BUZZY come along? Maybe DC had watched MLJ throw all their support behind ARCHIE and drop their superhero comics but DC had Superman and Batman, not second stringers like The Shield and Black Hood. So obviously, they weren't about to drop their cash cows...but why not have something in place for afterwards. Just in case. 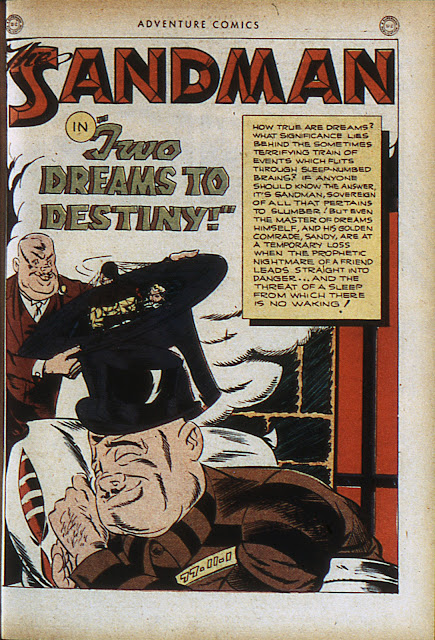 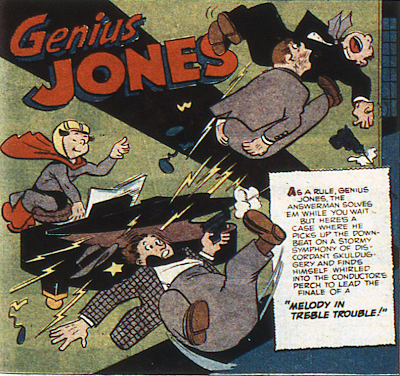 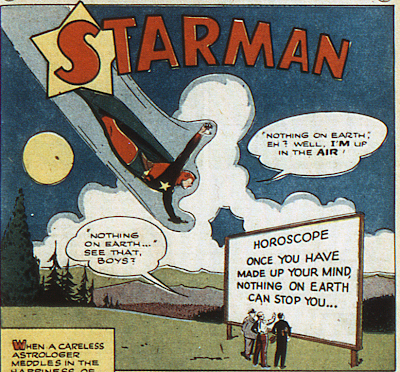 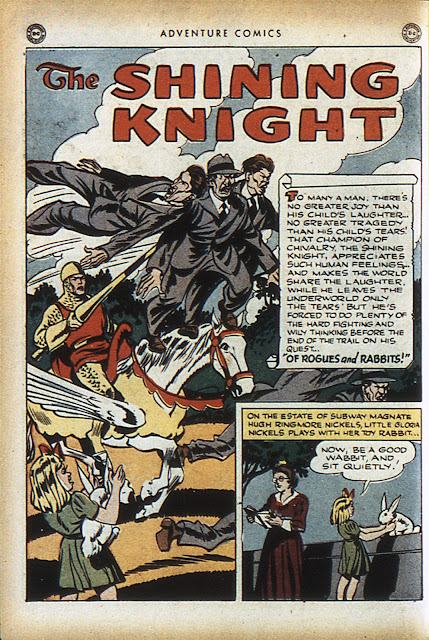 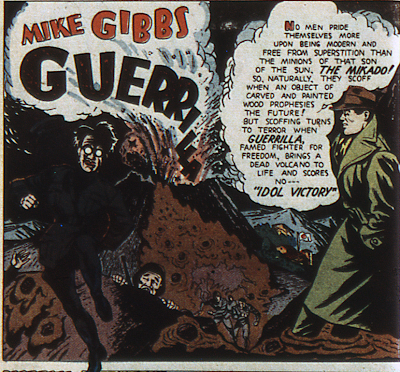 Even Daisy had adopted war tie-ins for its ever-popular gun toys. 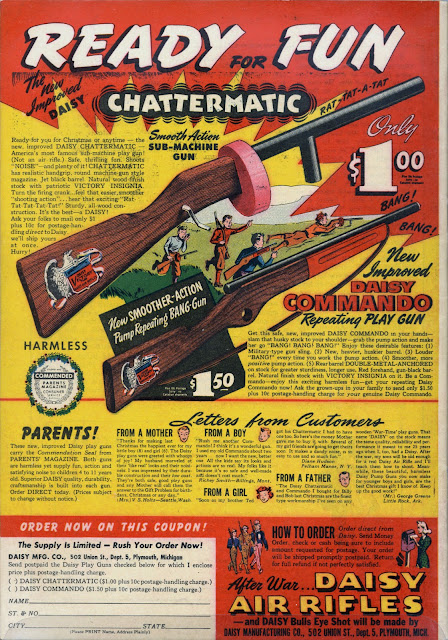