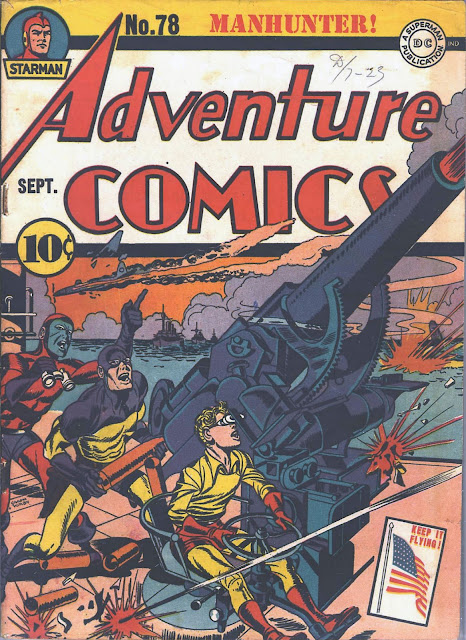 Here's a vintage WWII propaganda cover akin to the all-star superhero covers Timely always had. Manhunter teams with Sandman and Sandy to fight the Axis. 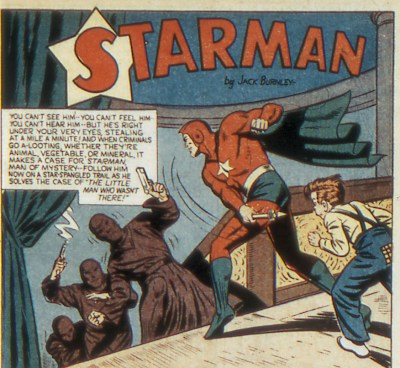 This issue Starman teams with a persistent young lad in what appears to be a story setting him up to be Starboy or some such but nothing ever comes of it and he's never seen again. 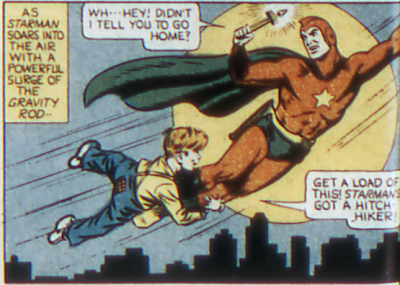 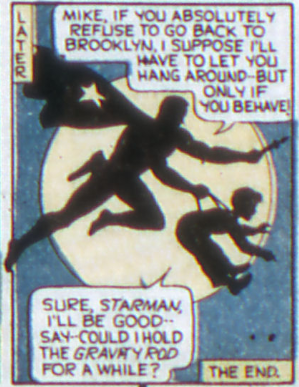 Not sure why I didn't notice this before but one of DC's Advisory Board members was a Dr. Robert Thorndike...and Minute Man Martin was replaced as Hourman's young sidekick by...Thorndyke! Coincidence? 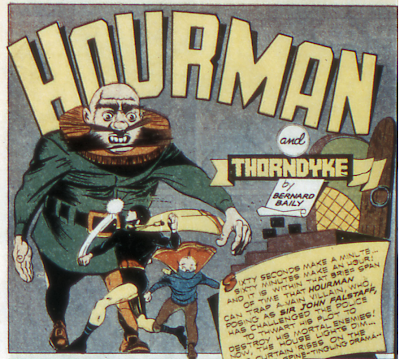 The one-off SAM THE INVENTOR strip shows just how accepted visual racial stereotypes still were at this point. Underneath it, the first ad for WONDER WOMAN. 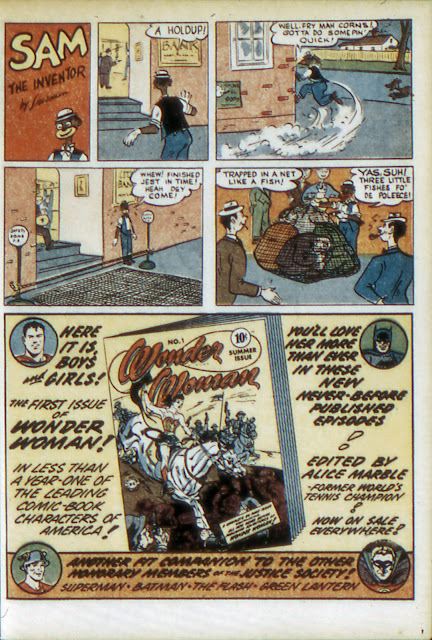 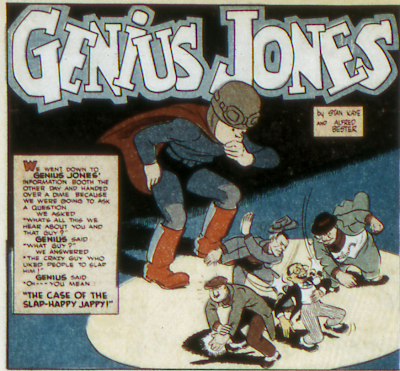 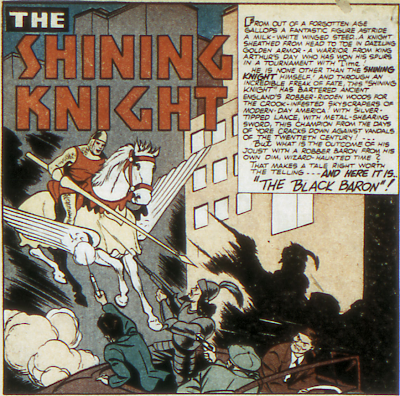 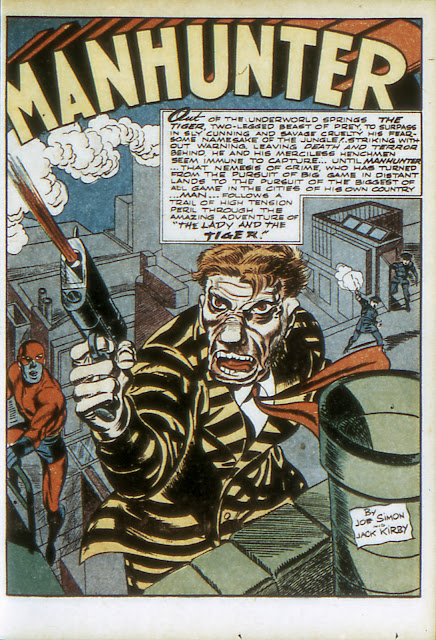 Kirby and Simon seemed at a loss sometimes as to exactly what their MANHUNTER was supposed to look like. Here we see a couple of obvious instances of Paul Kirk in a red mask with, for some reason, a blue face. The rest of the story, however, features his usual full blue face which, since his ears are colored normally, one presumes to be some sort of mask, also. 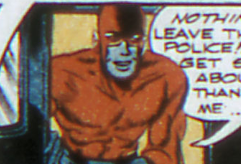 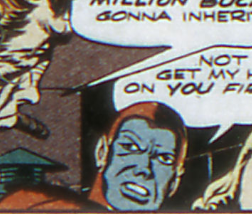 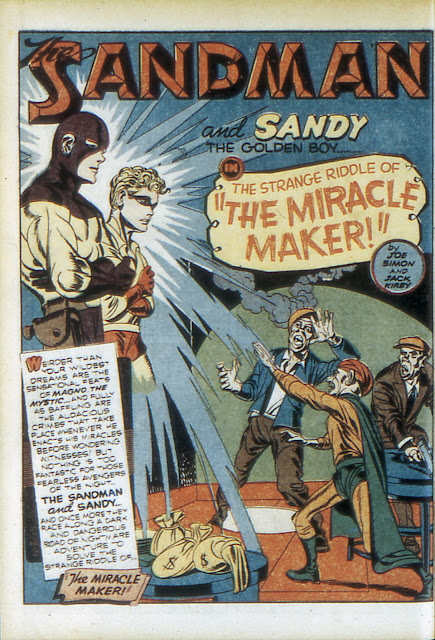 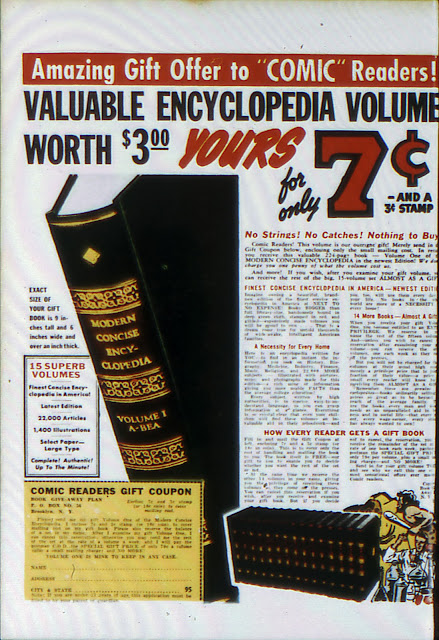