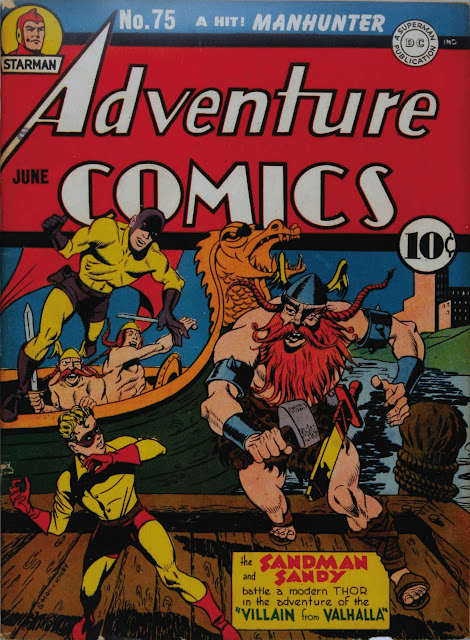 Here's a rare to date instance of the cover actually reflecting an interior story. In this case, that story is one of S &K's most justifiably famous SANDMAN tales in which our hero and sidekick Sandy meet a variation of a character that Jack Kirby will be associated with in later years: Thor.

Already the JSA are being drafted and turning into the Justice Battalion for the duration...supposedly. 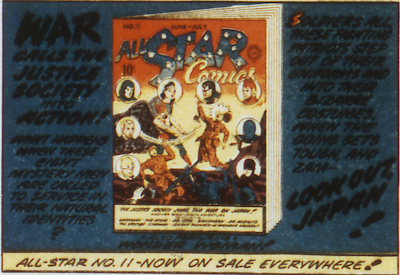 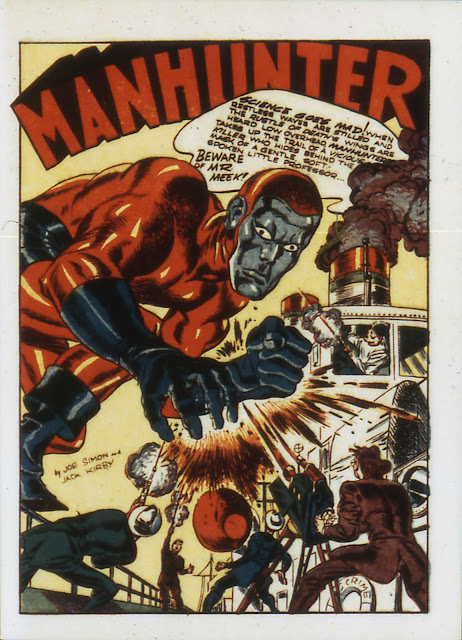 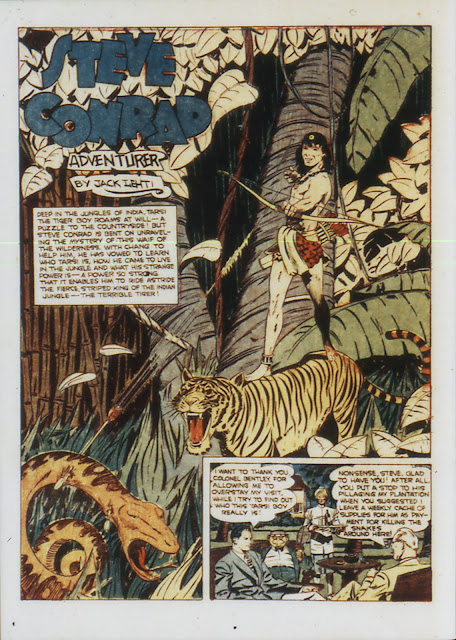 Green Arrow wasn't brand new here but this is the first of not one but two ads in this issue touting him as a big deal...something he would, in reality, have to wait another two and a half decades to become. 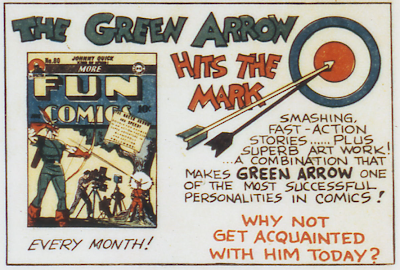 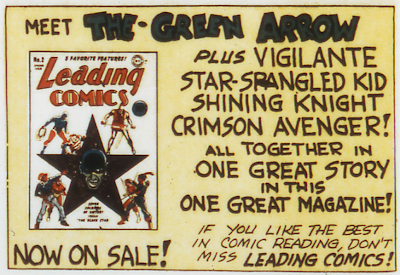 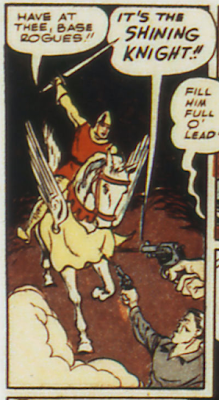 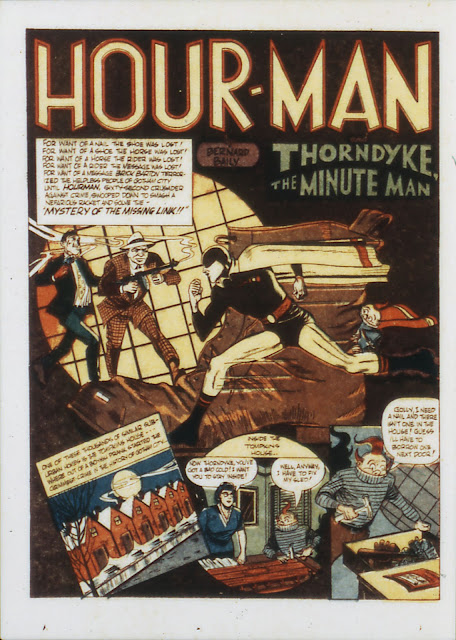 Here's the whole SANDMAN tale with Thor. Kirby's fascination with the Norse Gods would lead to him using the Thunder God in the fifties at DC in a one-off fantasy story before turning him into a superhero in the early sixties. 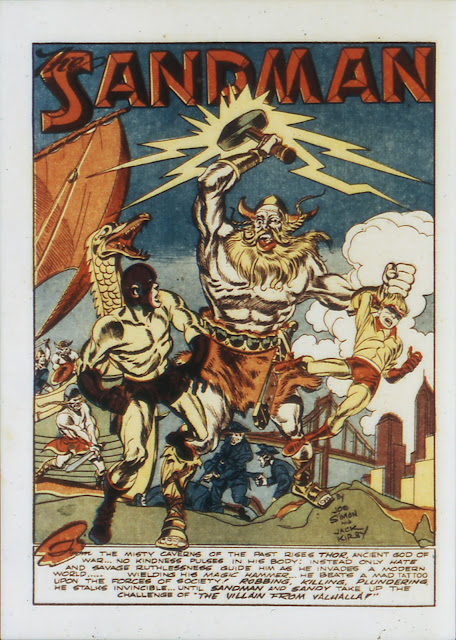 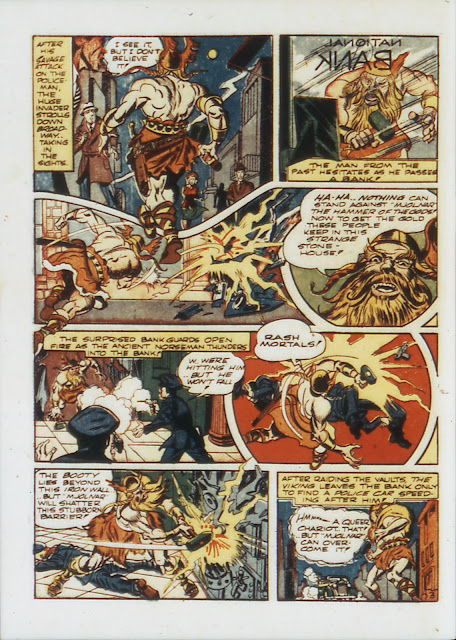 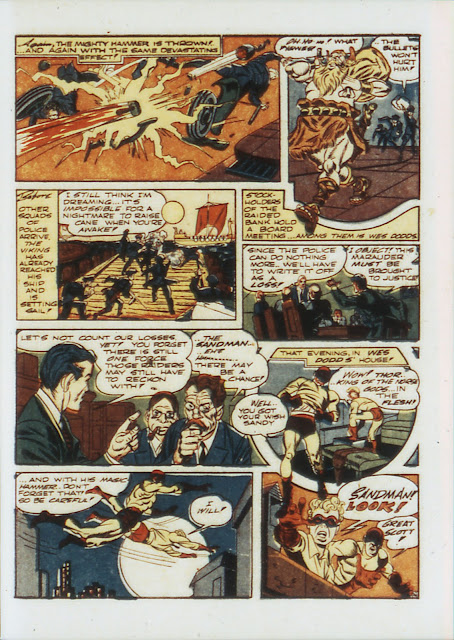 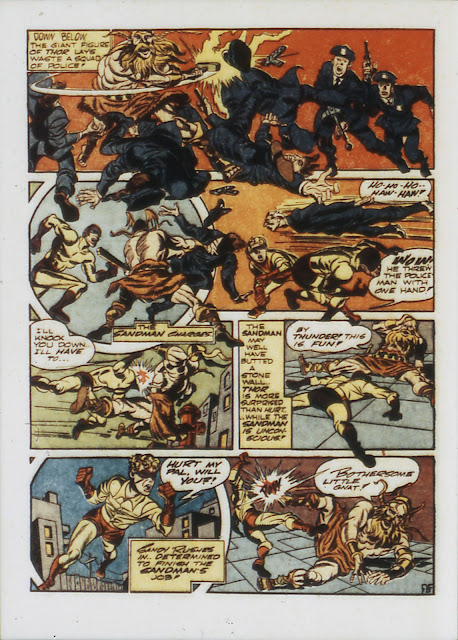 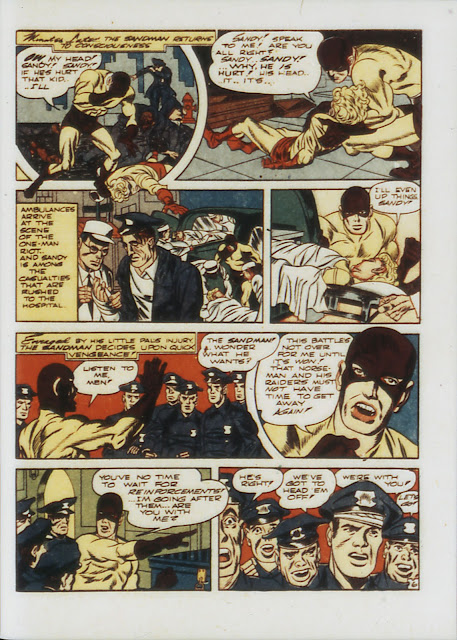 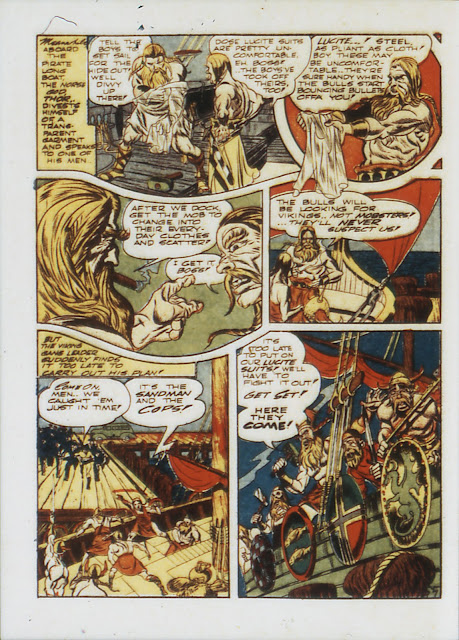 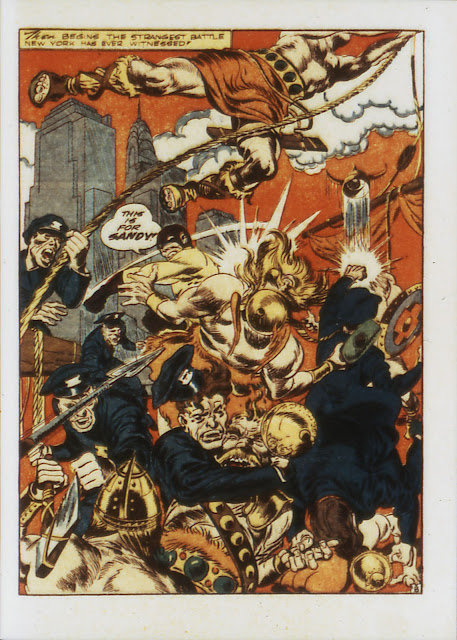 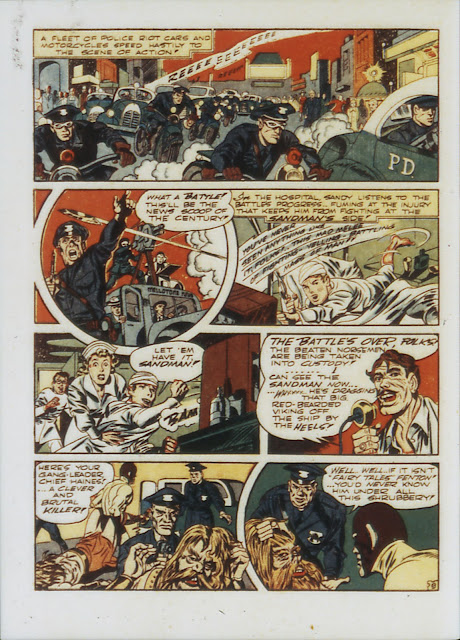 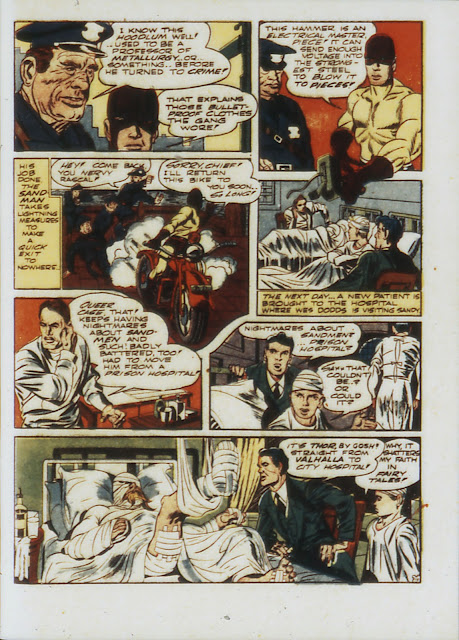