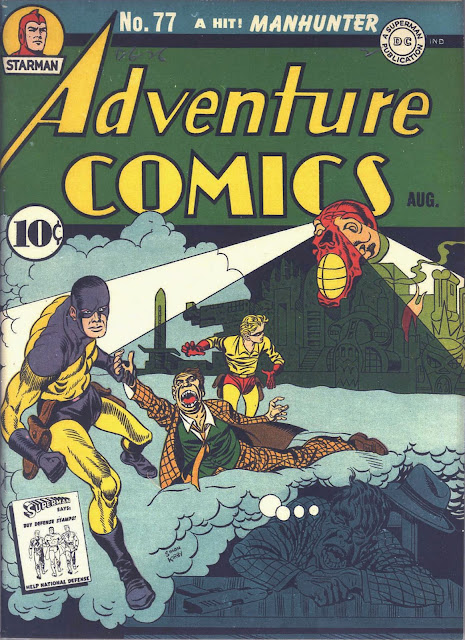 Apparently DC had received some mail on MANHUNTER as the cover toplines it with "A HIT!" That said, it might confuse some new readers since this is, of course, Sandman on the cover. 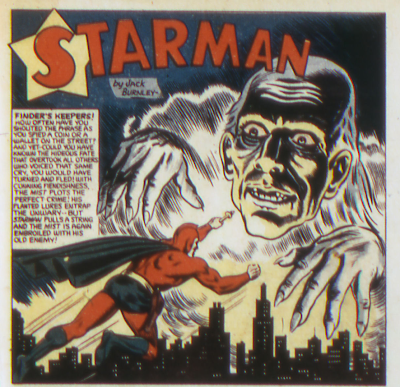 A classic STARMAN splash, reprinted in the seventies by DC  and still looking very impactful today. 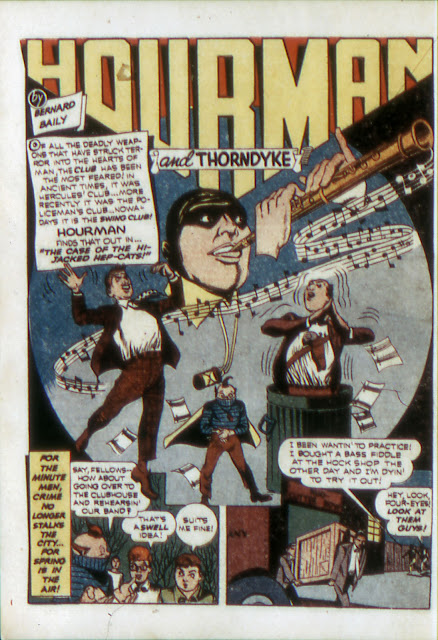 Another innovative but weird looking opening for HOURMAN, now permanently saddled with Thorndyke as his sidekick.

Last issue saw the last of SREVE CONRAD. Rather than giving him a cape and some powers, he was replaced by GENIUS JONES, a fun kids' superhero strip initially drawn by Stan Kaye. It would appear ultimately in a number of DC titles over the next few years. Here's the complete first appearance. According to Wikipedia, this was written by future sci-fi legend Alfred Bester. 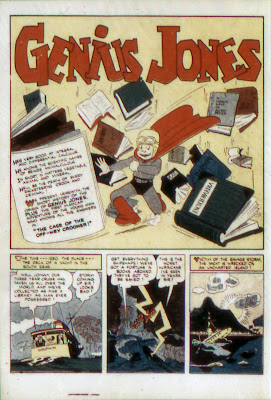 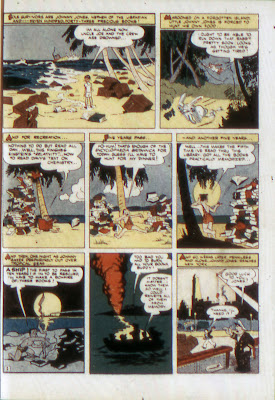 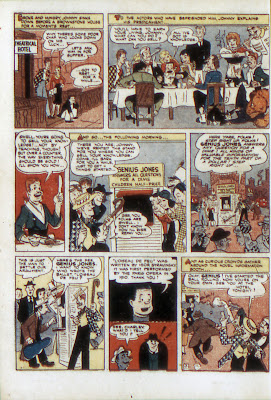 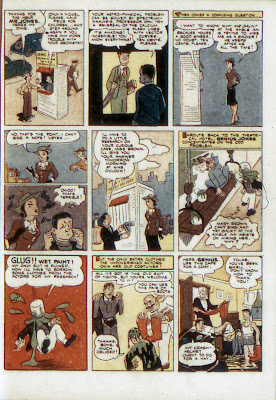 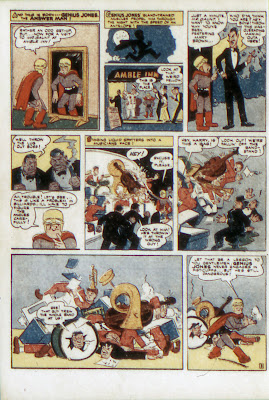 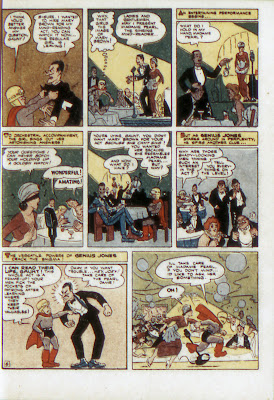 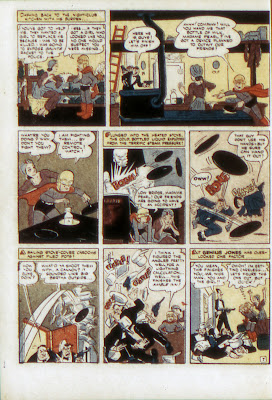 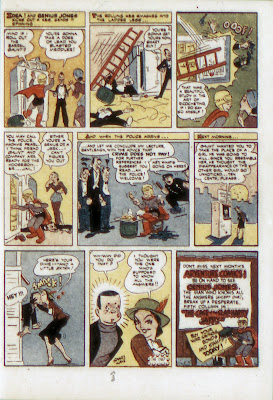 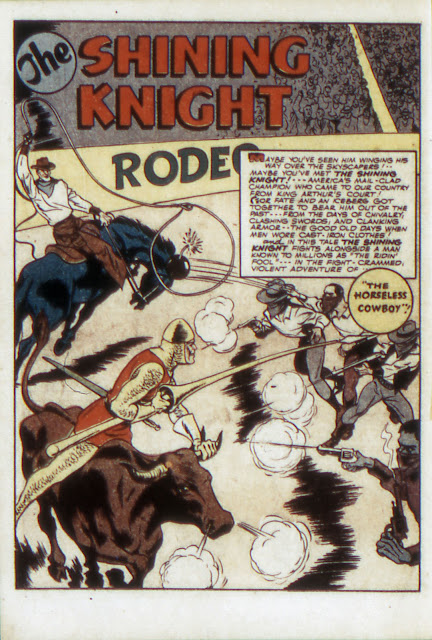 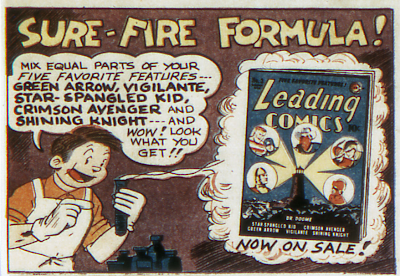 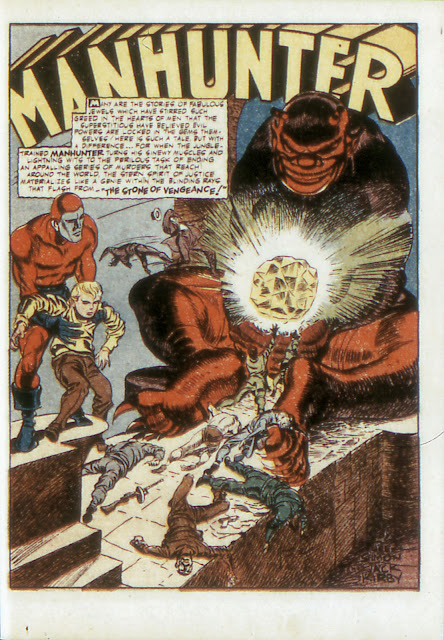 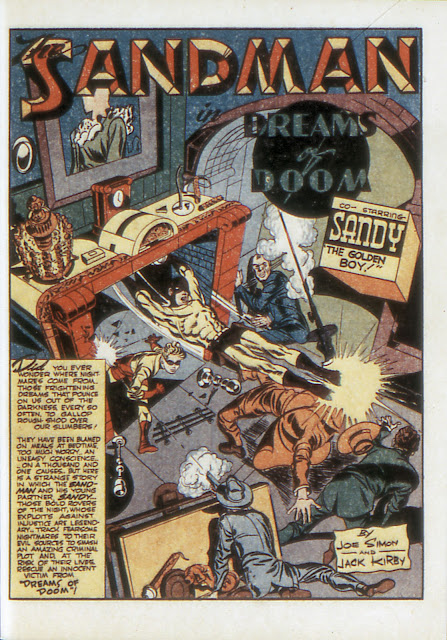 The prolific Simon and Kirby team take the last panel of SANDMAN to plug yet another new series from them, BOY COMMANDOS. Starting in DETECTIVE, that series will eventually become their most popular DC feature and run also in WORLD'S FINEST as well as in its own magazine, continuing in the S&K style long after their departure from the strip and the company. 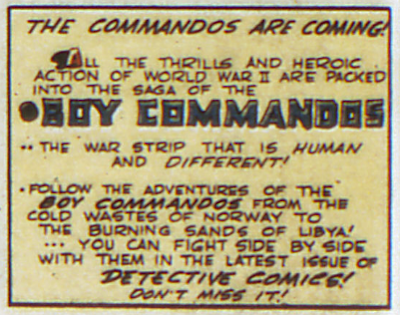 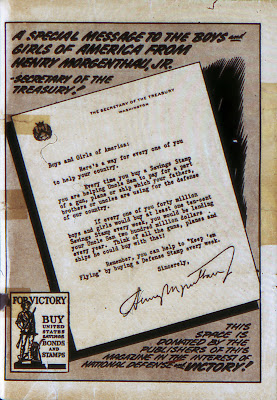