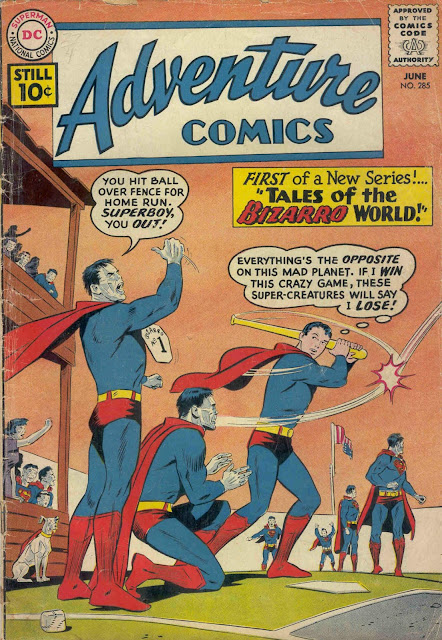 Okay, here we go. A whole new era for ADVENTURE. Already there's lots of bizarro references on the letters page. Business as usual in the Superboy tale though as Lana gets super powers for the wheteverth time. 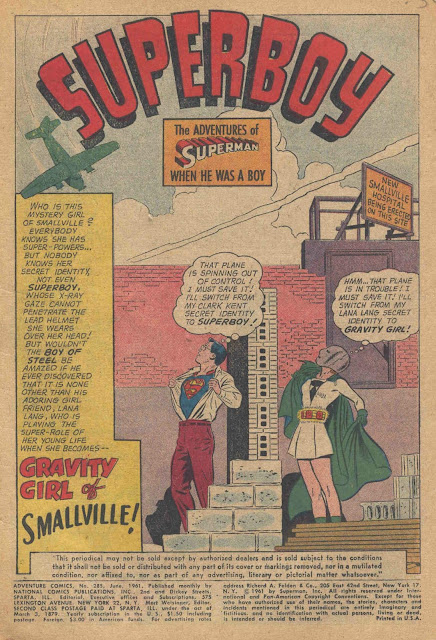 Interesting that a black and white reprint of one of the earliest SUPERMAN pages is reprinted to promote the upcoming special issue of SUPERMAN. This marks the first time in about two decades that the Siegel and Shuster team appear in ADVENTURE. Siegel himself had returned to DC by this point and writes the first Bizarro World story here. 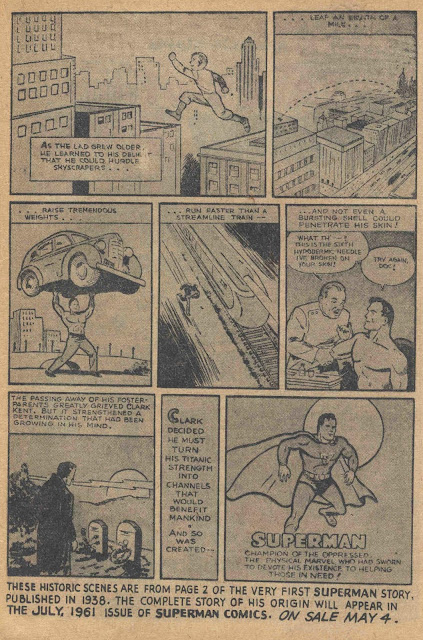 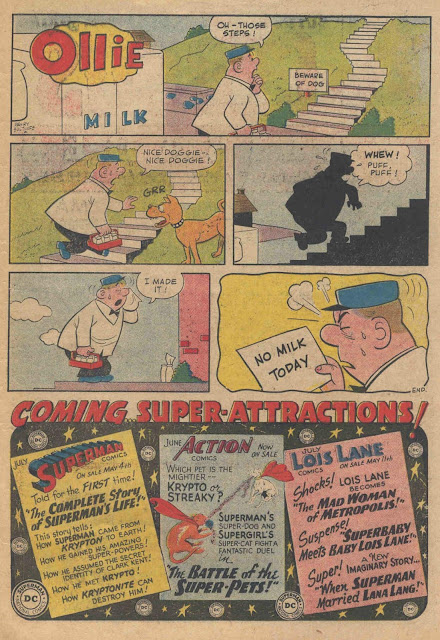 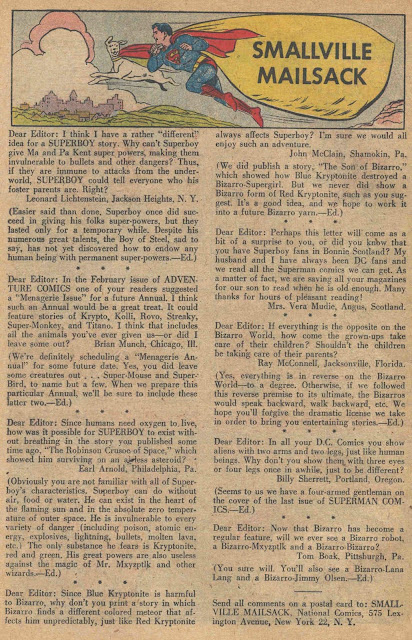 DC went all out with this, getting premier Superman artist for the past 15 or so years, Wayne Boring, to do the art on the new TALES OF THE BIZARRO WORLD series. 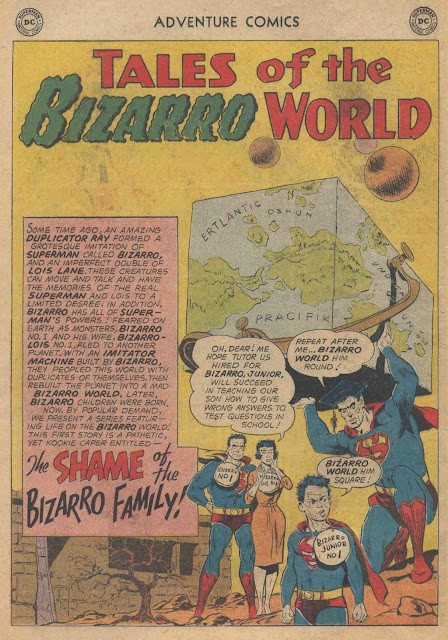 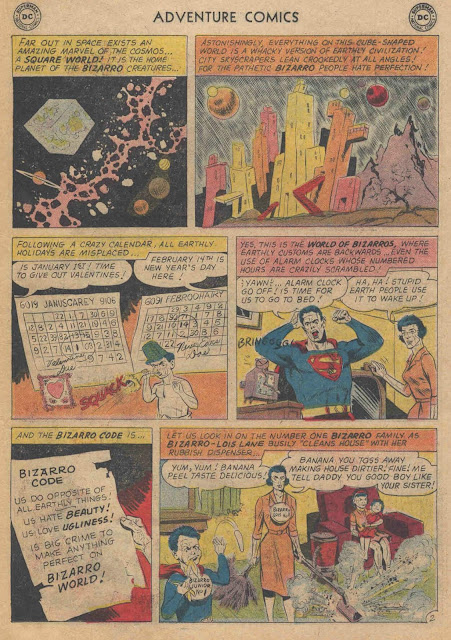 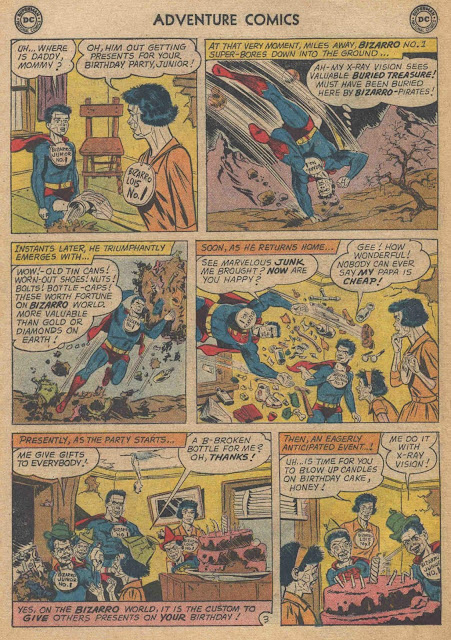 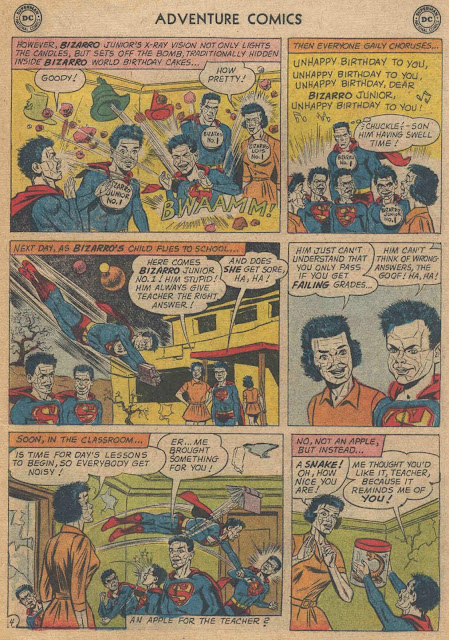 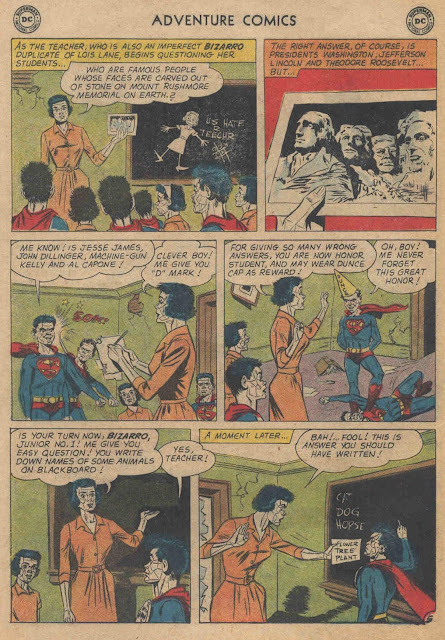 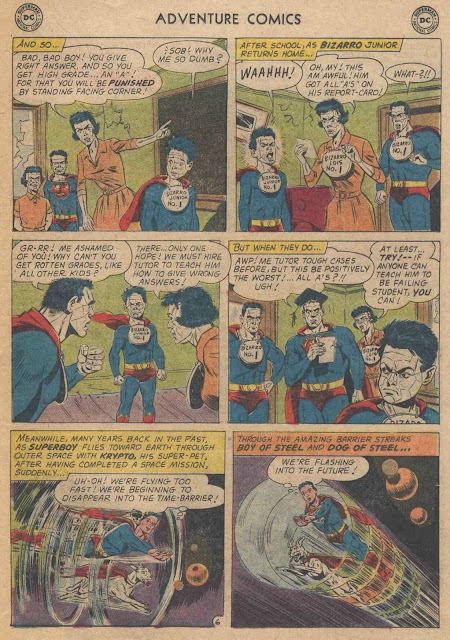 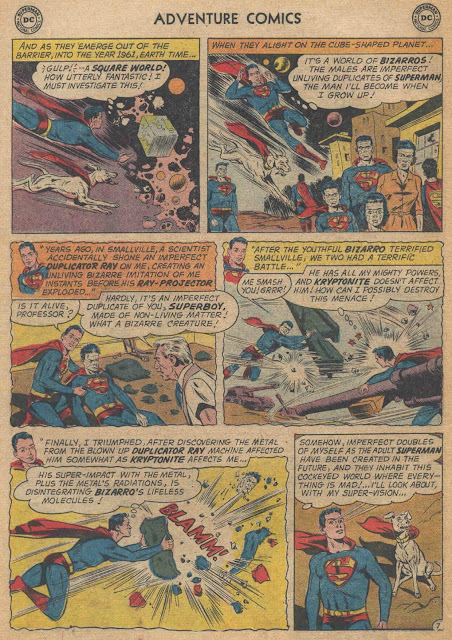 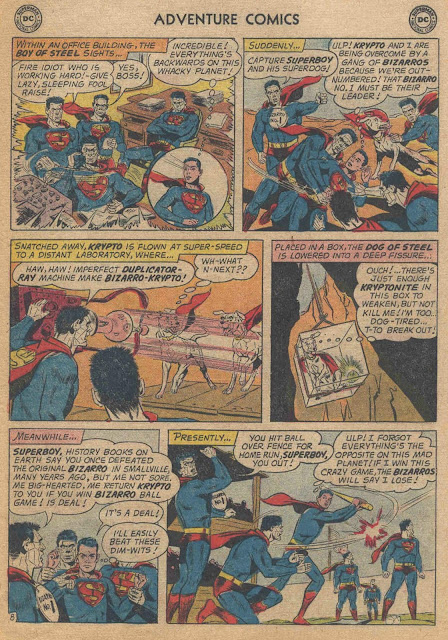 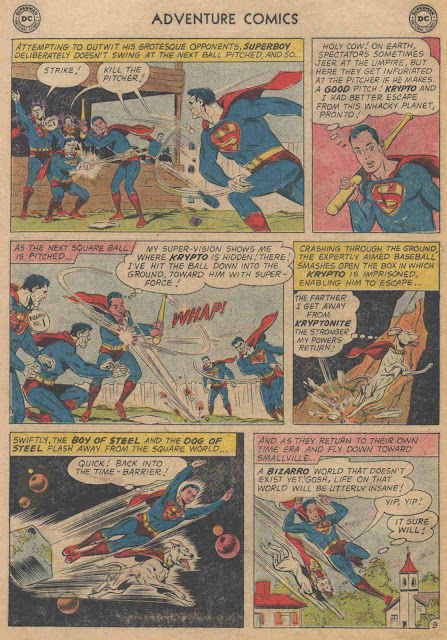 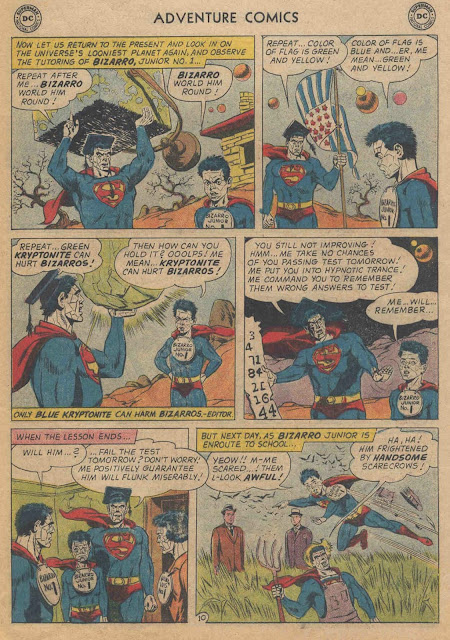 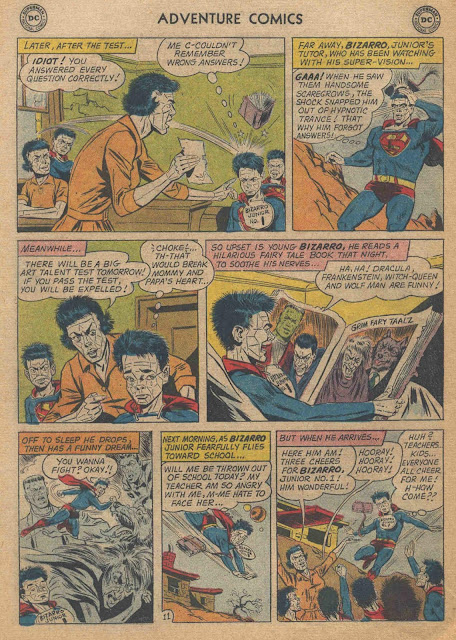 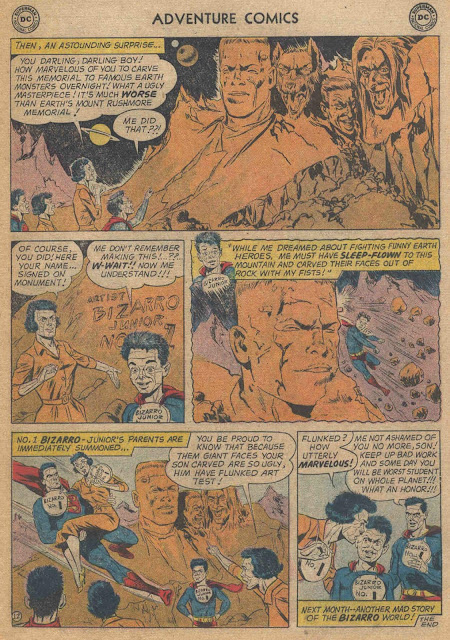 George Reeves was now dead for nearly two years but TV's SUPERMAN continued on quite successfully in syndication. 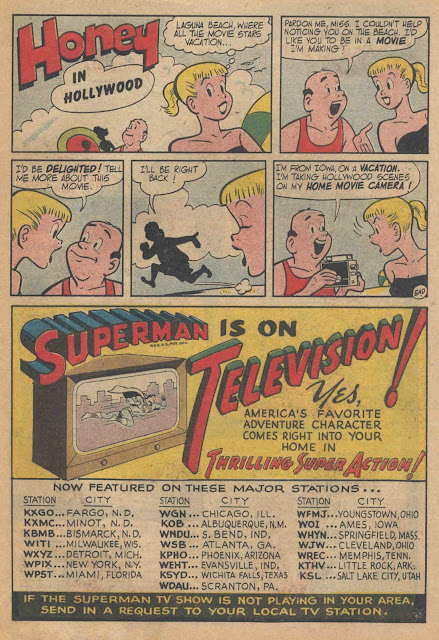