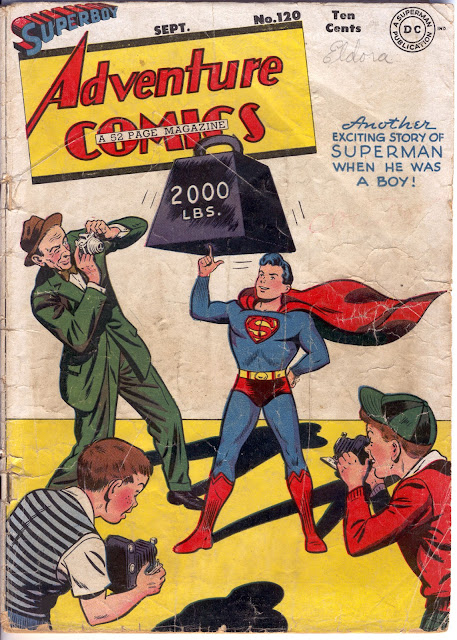 The great Jack Burnley returns briefly to ADVENTURE with this cover.
Foreshadowing the seventies when DC office guys were known as junior woodchucks, here's another of the alphabet ads. 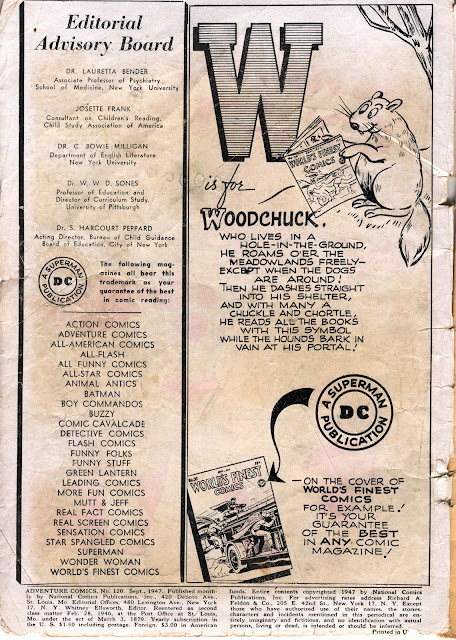 Clark kent's future boss, Perry White, appears here in his cub reporter days, presaging a rash of Superboy tales over the years in which he meets familiar faces in younger days. 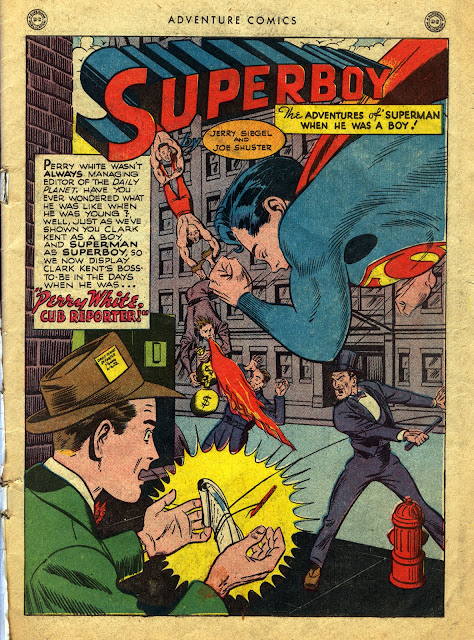 Here's a fun and very atypical AQUAMAN story! He enrolls in college on land as "Mr. Waterman." Art by regular artist at the time, Louis Cazeneuve 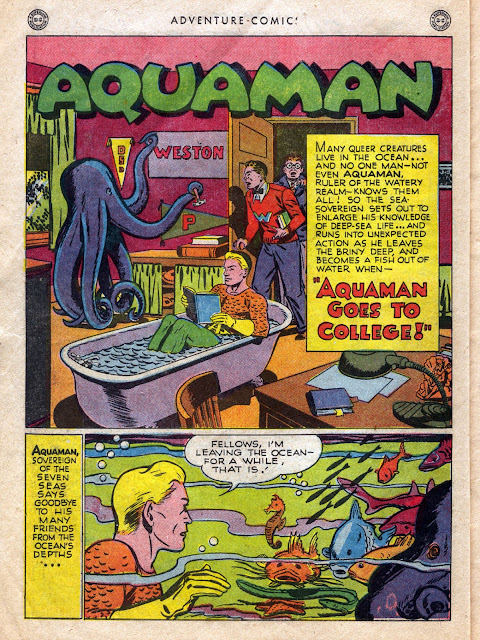 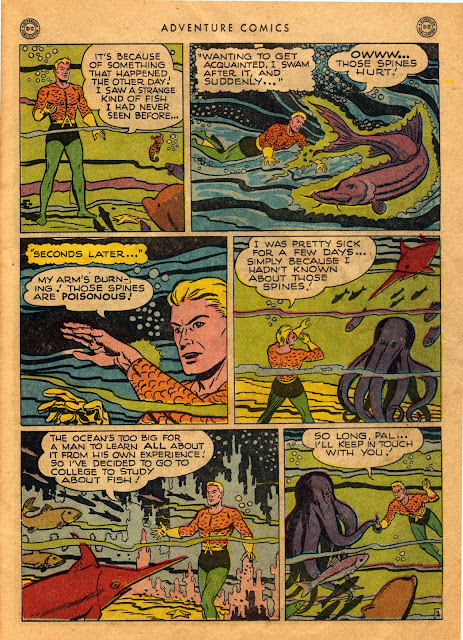 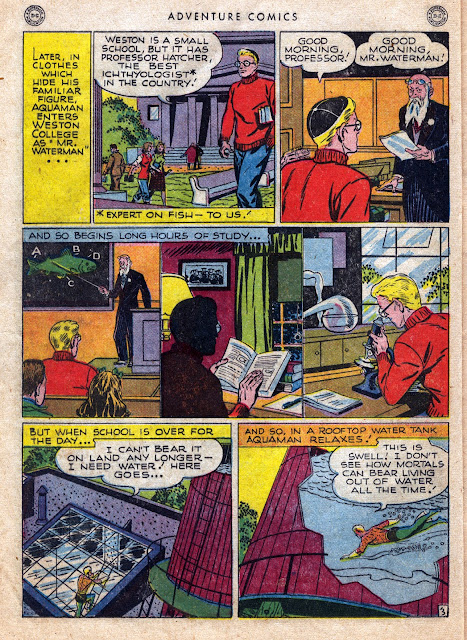 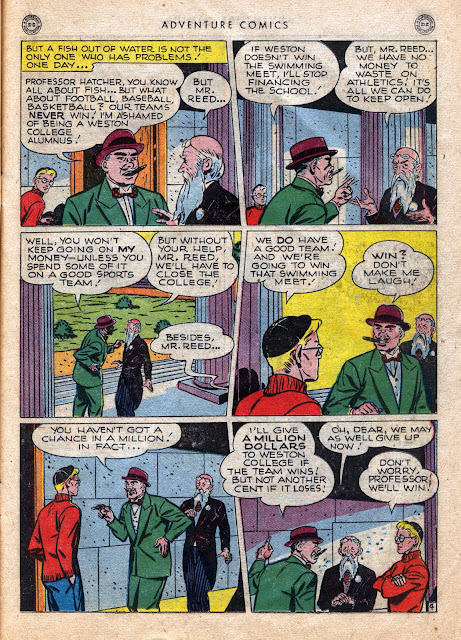 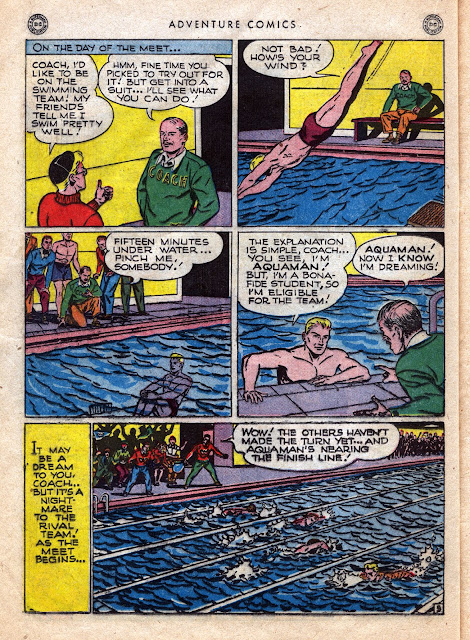 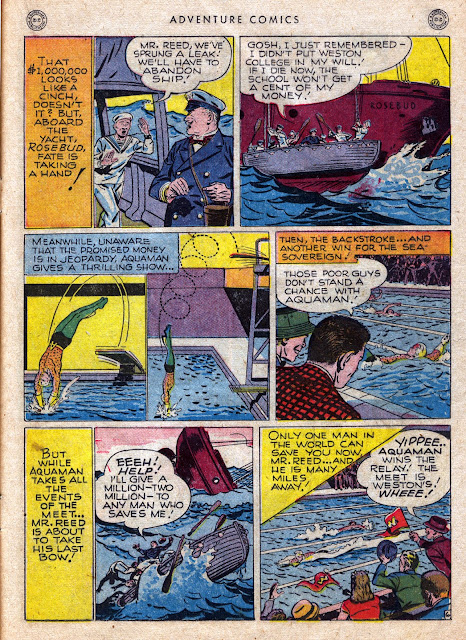 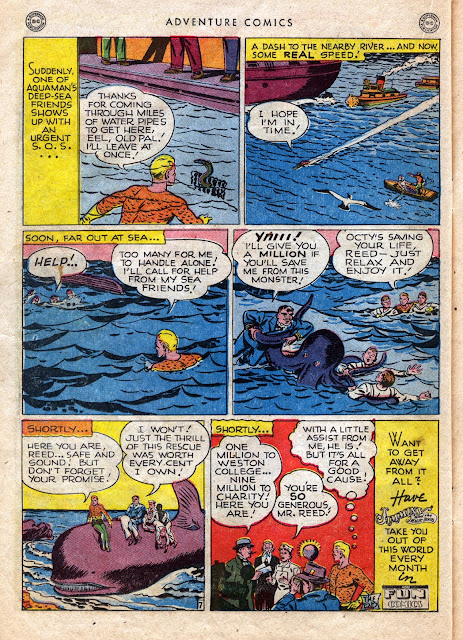 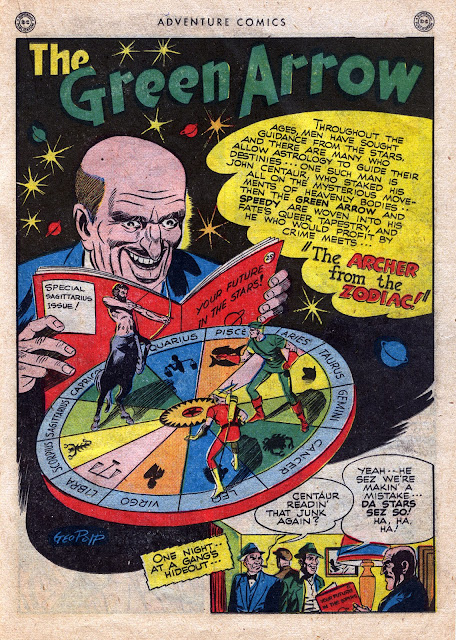 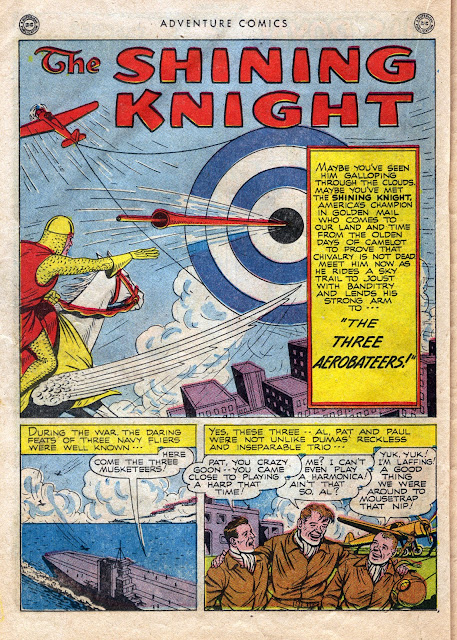 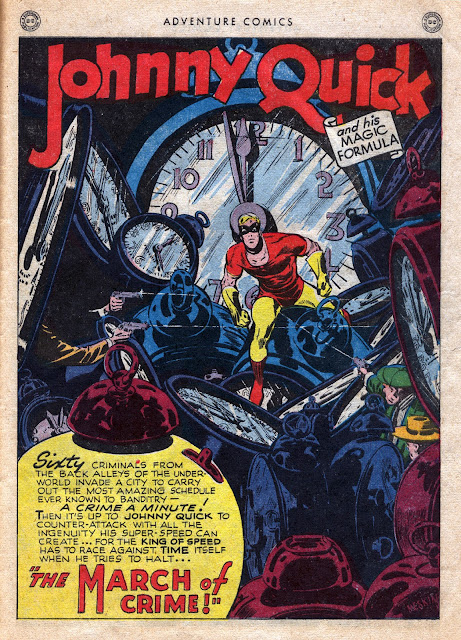 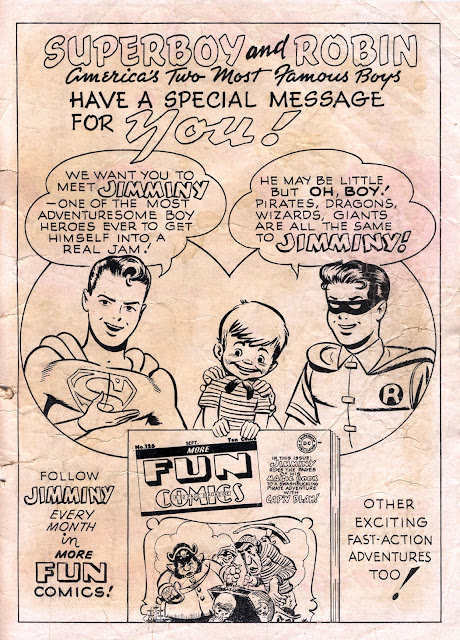 Red Ryder's been on the back cover so much, one might almost consider him an ADVENTURE regular, also. 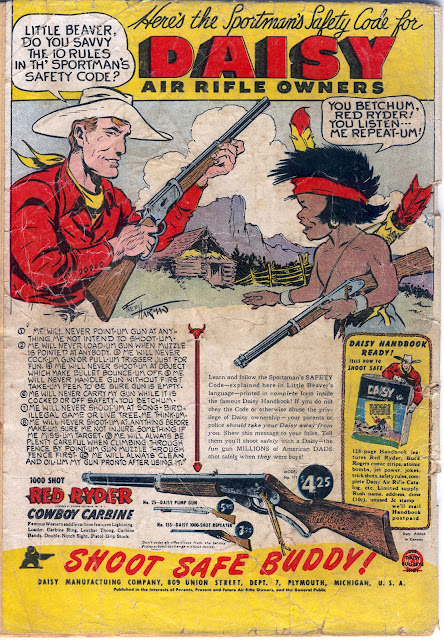