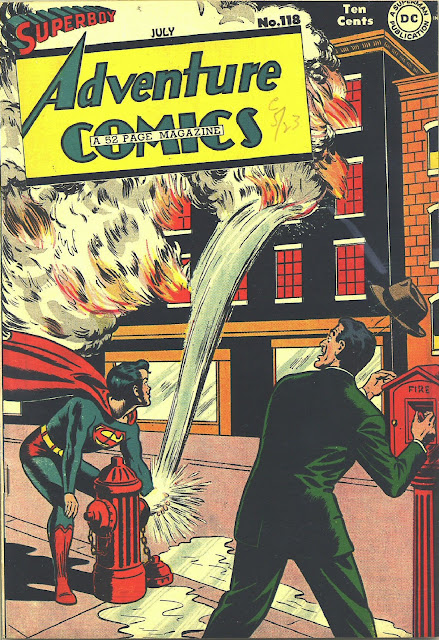 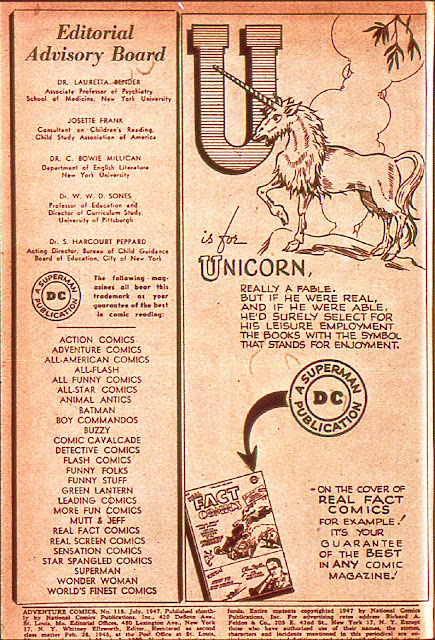 Here's a fun Superboy tale dealing with the mid-forties radio quiz show craze. Of course, Superboy, as his subtitle has been reminding us for the last couple of issues now, presents "THE ADVENTURES OF SUPERMAN WHEN HE WAS A BOY." This means that in this story Clark is about 14 years old, tops. The Man of Steel himself was said to be perpetually 29 years of age. Thus, this tale must logically take place some 15 years prior to the year in which this issue was actually published. That would place this 1947 tale in 1932. According to John Dunning's definitive book, ON THE AIR: THE ENCYCLOPEDIA OF OLD TIME RADIO, the quiz show as we know it didn't exist until 1936 with the big craze arguably starting with 1939's POT O'GOLD. Ah, the joys of trying to keep Superboy from being anachronistic. 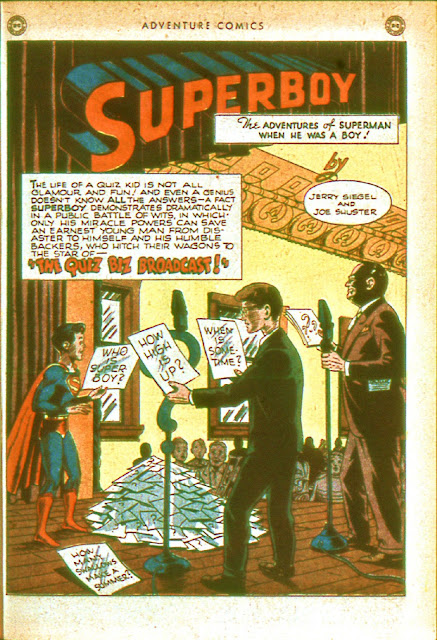 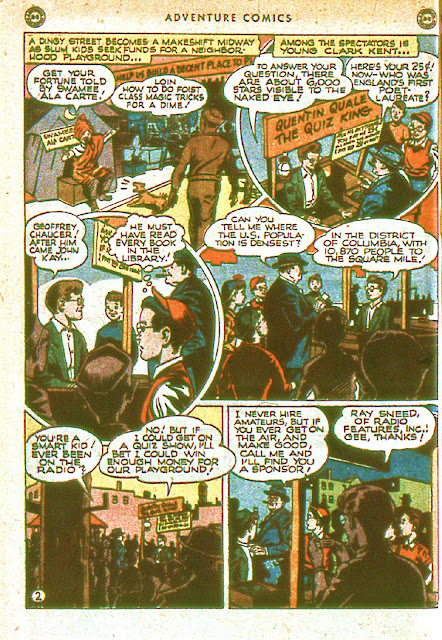 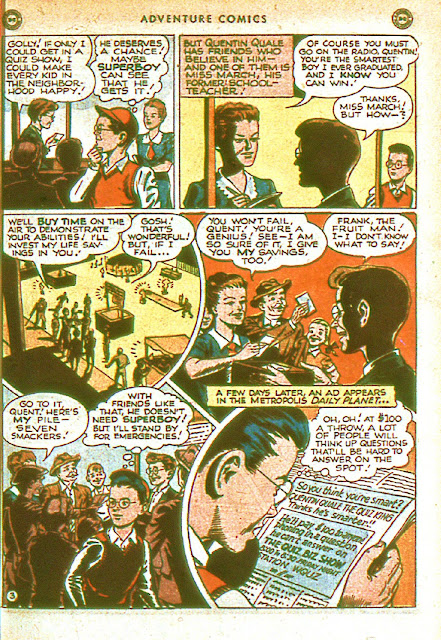 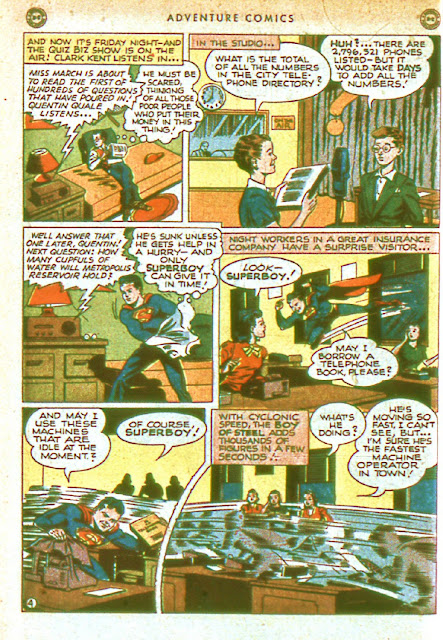 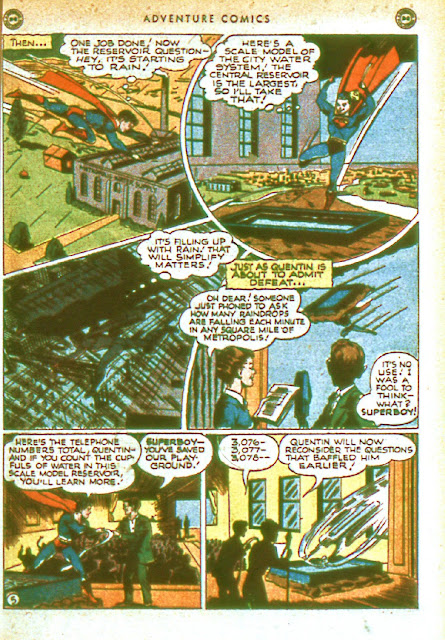 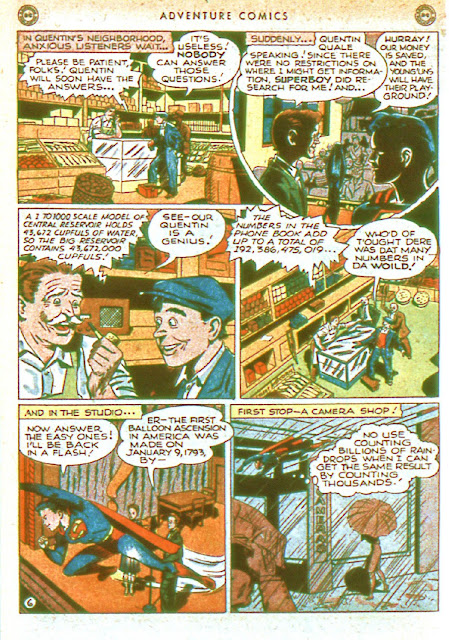 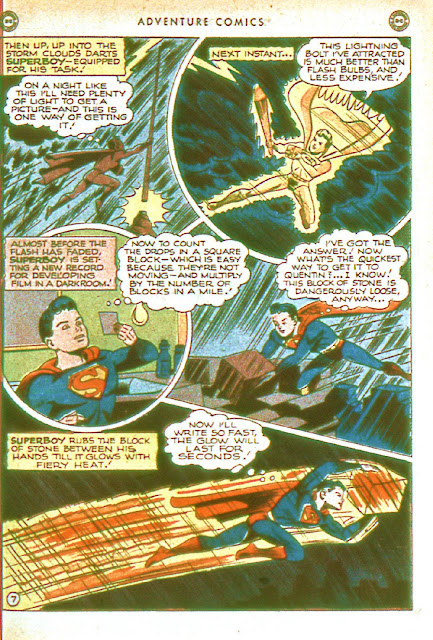 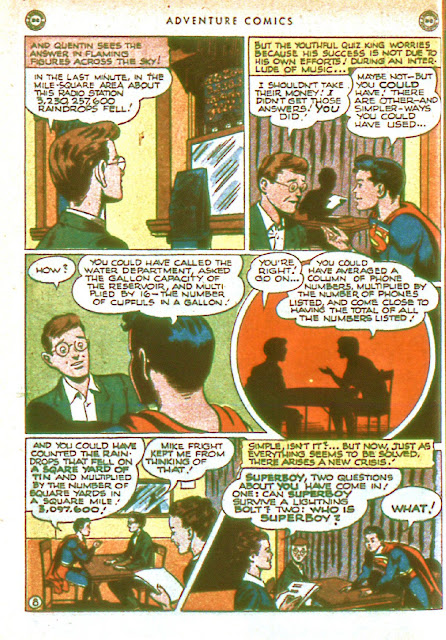 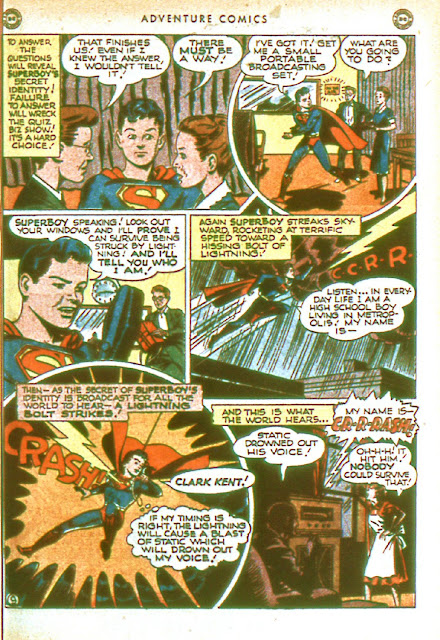 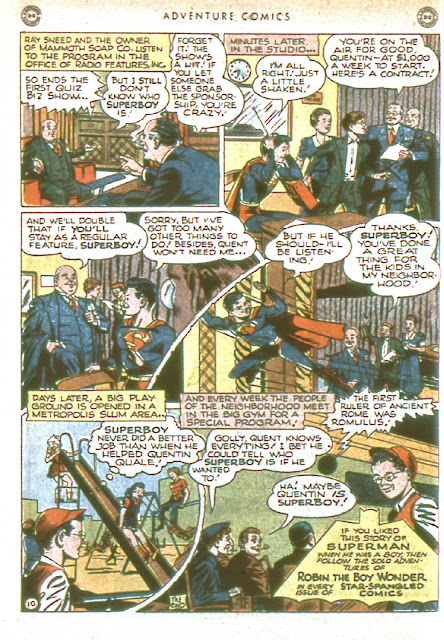 The villain in the GREEN ARROW story below has a cool costume and, one would think by this page, the same name as a later member of the Silver Age Flash's Rogue's Gallery, THe Weather Wizard. Throughout the story, though, he's referred to as The Storm King, instead. 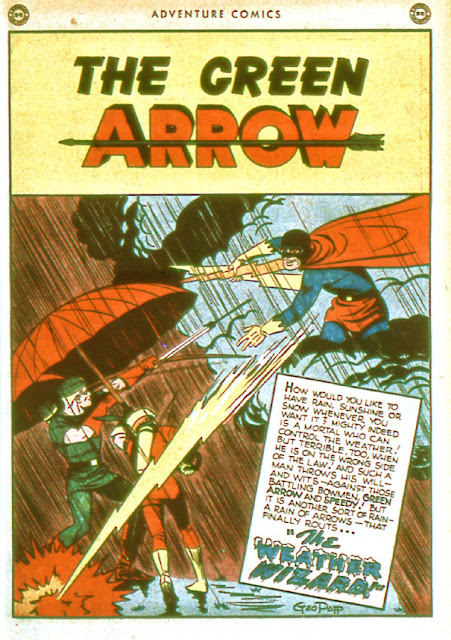 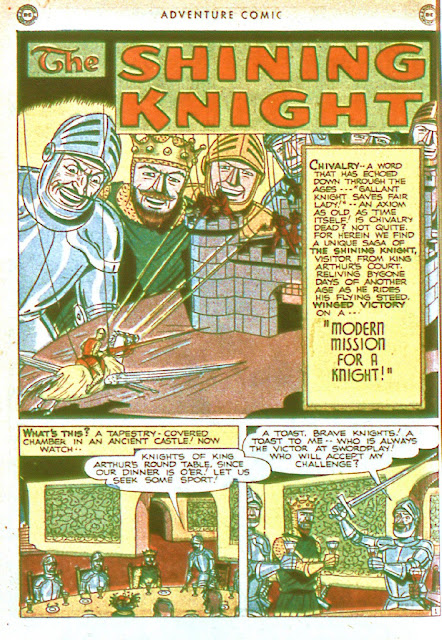 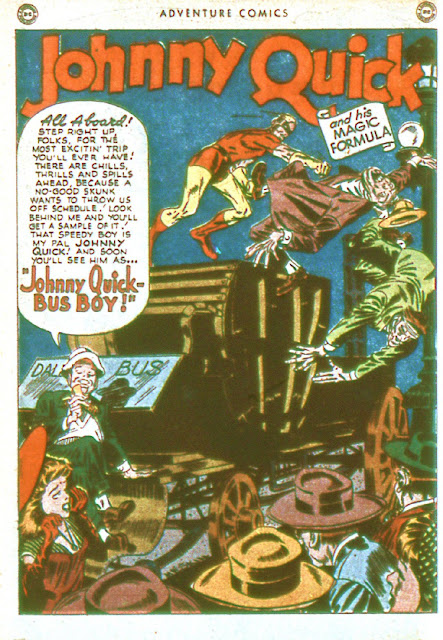 Another puzzler. This full-page ad was not for a DC title nor even, as we've seen before, for a Prize Comics title. No, THE KILROYS was an ACG--American Comics Group--title. According to Wikipedia, ACG was partly owned by DC owner Harry Donenfeld's son-in-law---from 1948 on. This, however, was still mid-1947. So why the ad for the competition?, 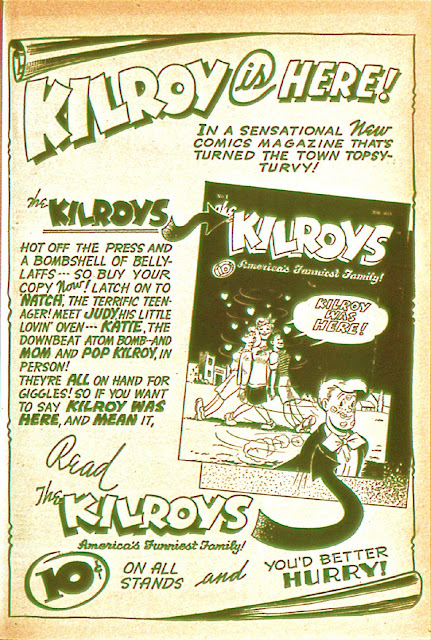