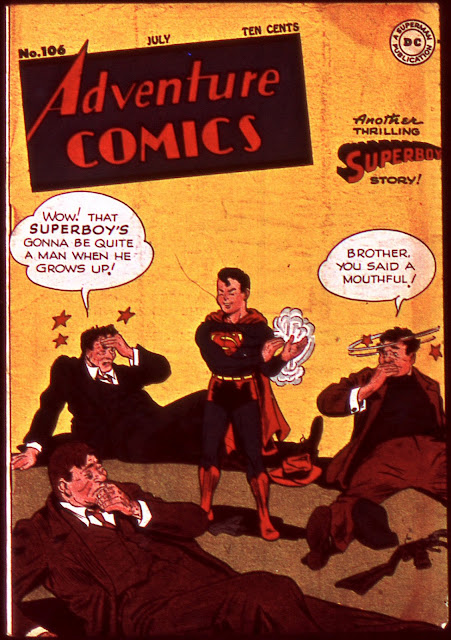 This cover reminds us that Superboy is, in fact, Superman as a boy. This means that if the adult Superman is, as was often stated by DC in later years, perpetually 29 years old, then these early tales of him at about 10 must be taking place in the mid-1920's! This, of course, would lead to plenty of anachronisms over the years, perhaps the most obvious being the infamous attempt at cashing in on the success of the sixties film, BONNIE & CLYDE by having teenage Clark and Lana meet the notorious bank robber killers. Since they died in 1934, this would have made the then-current Superman nearly fifty! 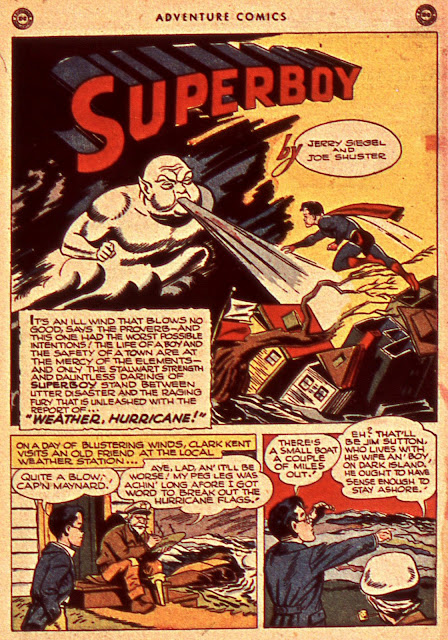 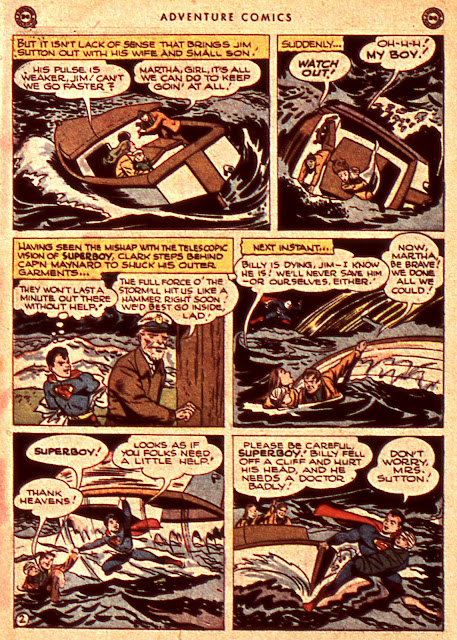 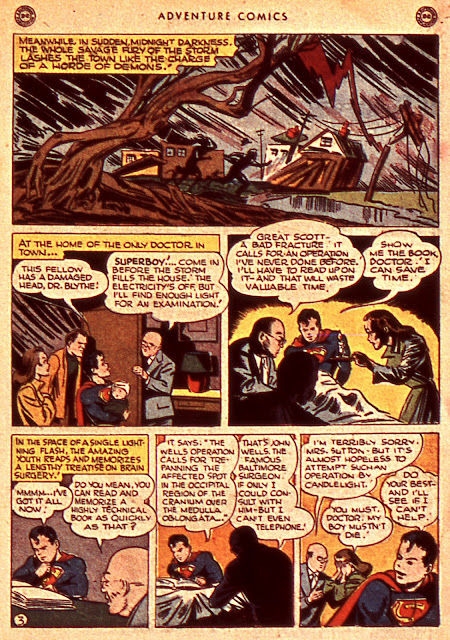 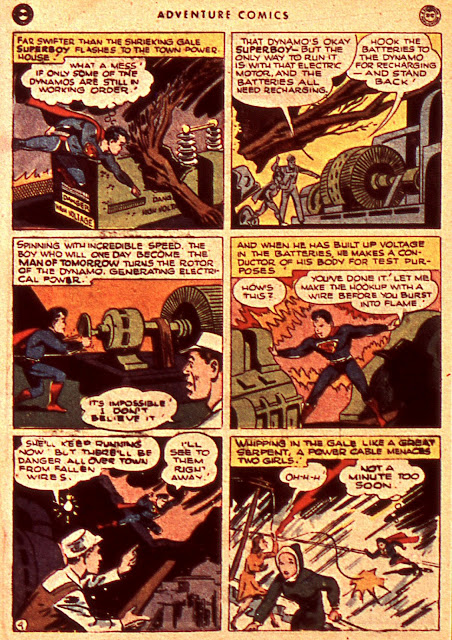 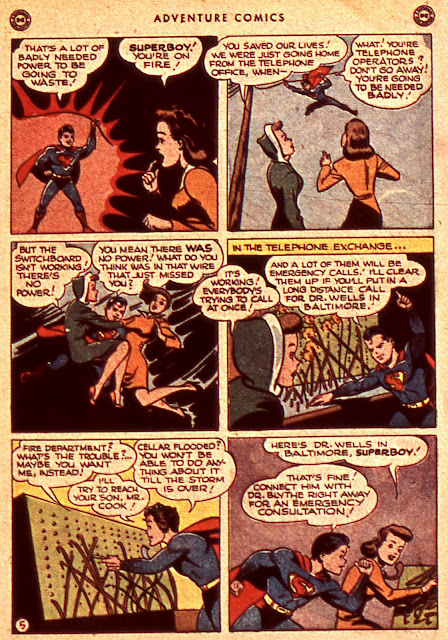 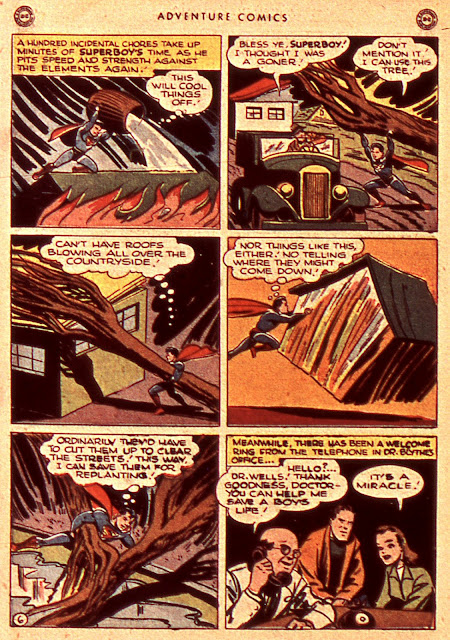 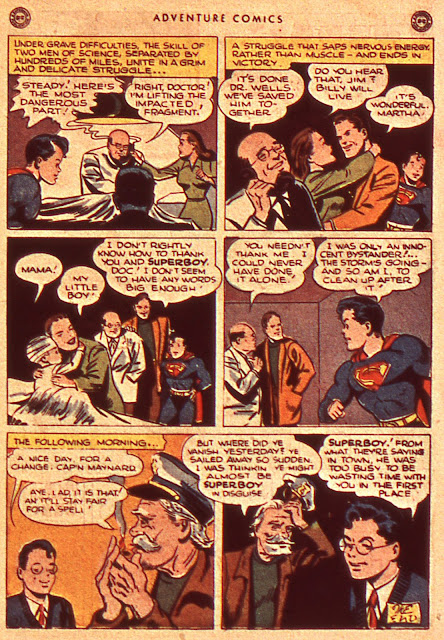 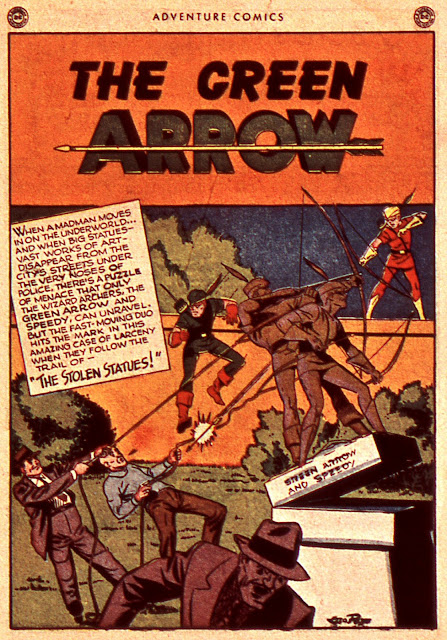 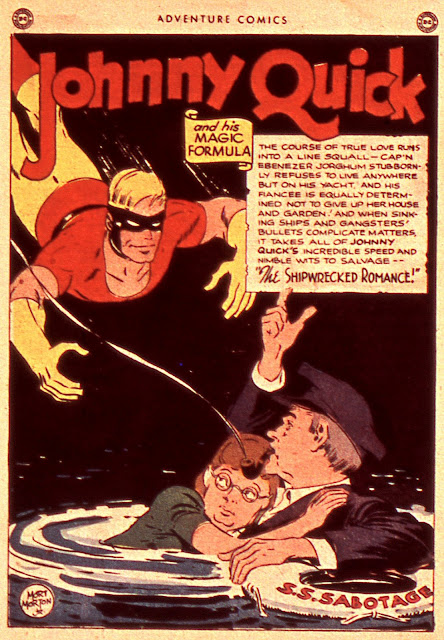 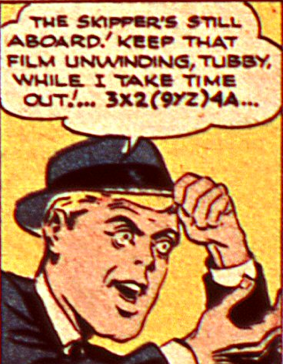 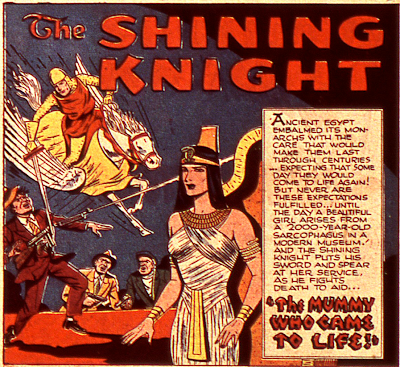 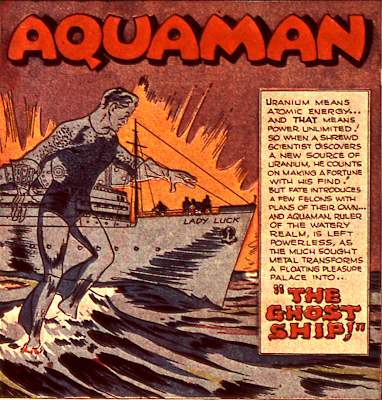 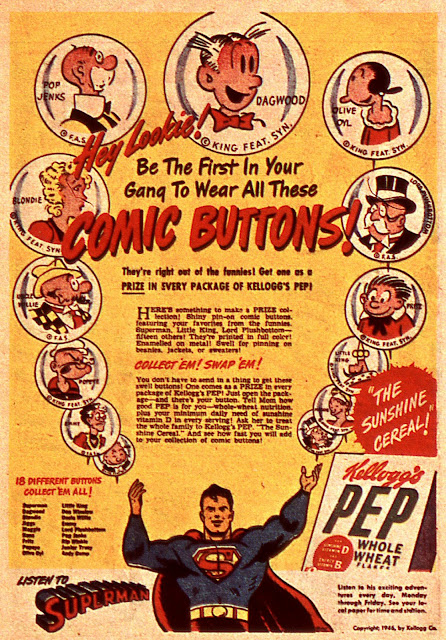