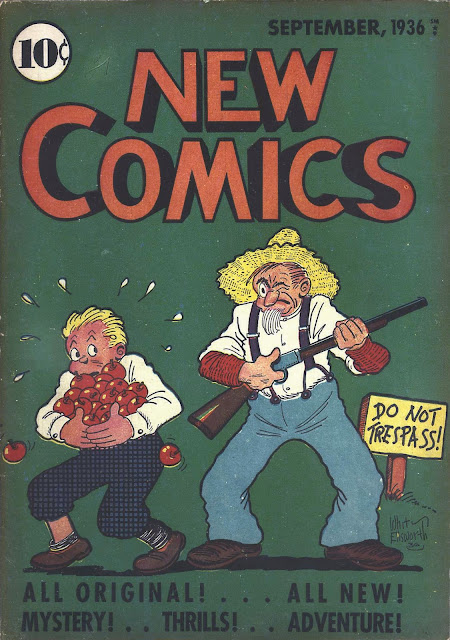 I just noticed we actually lost a bunch of pages starting with issue five. With this issue we also lose the editorial. On the other hand, CAPTAIN JIM OF THE TEXAS RANGERS picks up a  couple extra pages to start us out this time around. As exciting westerns go, it really doesn't help much.

We still have two ages each of  DON COYOTE, OL' OZ BOPP and CAPTAIN QUICK. Then there's good ol' DALE DARING. Still no clue who she is and she only gets a single line this time in her own story.

KING ARTHUR is followed by THE BLOOD PEARLS, with writing actually credited to Major Malcolm Wheeler-Nicholson, the publisher himself! At least for a little while longer. Some really nice art by "PAD" for all four pages of this tale of intrigue. 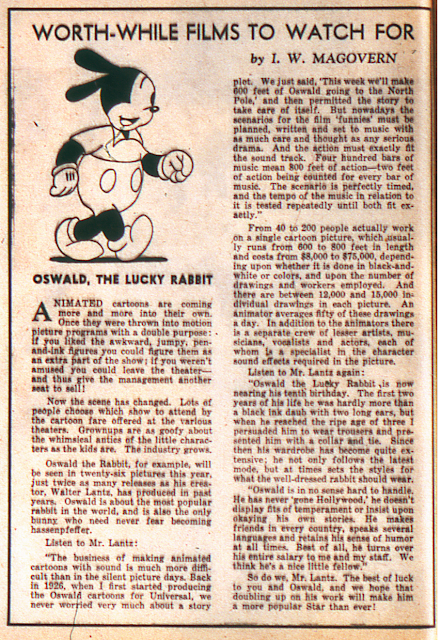 The movie pages offer a nice but not entirely accurate history of Oswald the Lucky Rabbit, crediting Walter Lantz as his creator and conveniently forgetting that, in fact, Oswald was originally Disney's pre-mouse star! 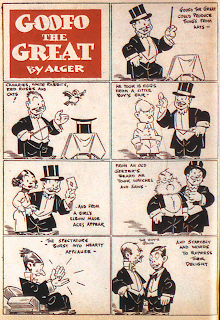 Notably missing this time around are the many other text pages of previous issues. The magic tricks are still there but that's pretty much it. The rest of the issue is rounded out with more of the regular strips, both funny and adventurous, with many of them meandering and feeling more and more like filler as the reader works his way up to the obviously superior FEDERAL MEN at then end of each issue.
Posted by Booksteve at 12:49 AM