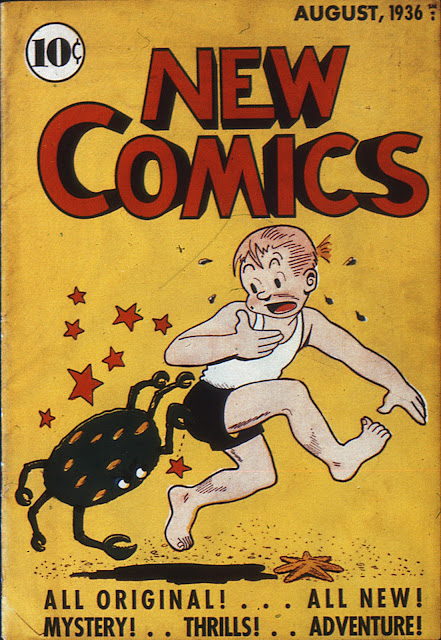 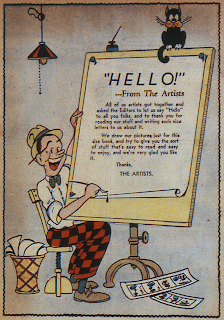 For the third issue in a row now, that word appears on the cover. "Adventure." It won't be long now...

That said, for the first time I don't believe there are any new strips this time out. They seem to have finally settled on a roster of certain strips that presumably got favorable fan mail. FEDERAL MEN actually gets four pages this time out for a particularly violent but well-drawn story.

This issue's editorial is missing, replaced instead by the greeting supposedly from "the artists." Note that the reader's eyesight continues to be of major concern.

The Odin-looking guy, seen below, appears in the current installment of DALE DARING as a mysterious figure. No more mysterious than Dale herself, of course, as we continue to get zero info as to who she is in the first place! 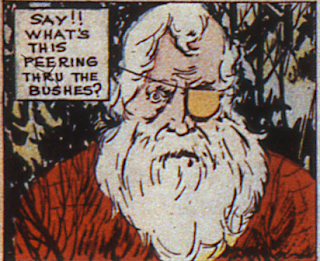 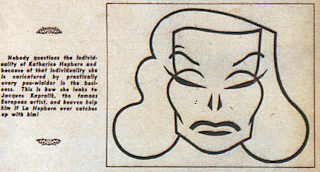 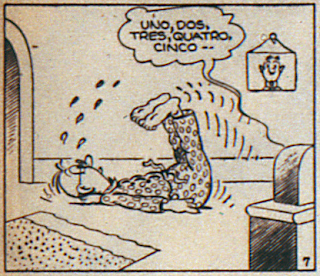 This is a caricature of Katherine Hepburn as seen on this month's film review page. Although apparently not deemed flattering, it looks quite a bit like similar ones later seen in Warner Brothers cartoons and from the pen of the great caricaturist Hirschfeld!

Note that comics are educational as this one was actually teaching Spanish numbers in counting. 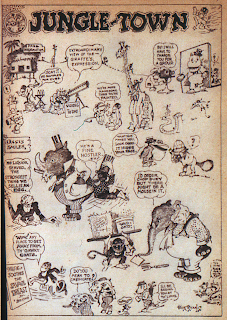 Okay, I said nothing new. JUNGLETOWN is new but in a format similar to the previous BUGVILLE. 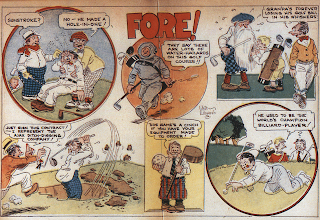 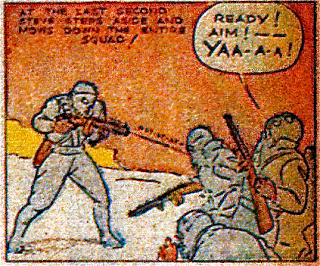 From FEDERAL MEN. Our hero has been undercover as part of a masked invasion squad. "At the last second, Steve steps aside and mows down the entire squad." Yeesh! Hi, kiiiiids!
Posted by Booksteve at 12:34 AM