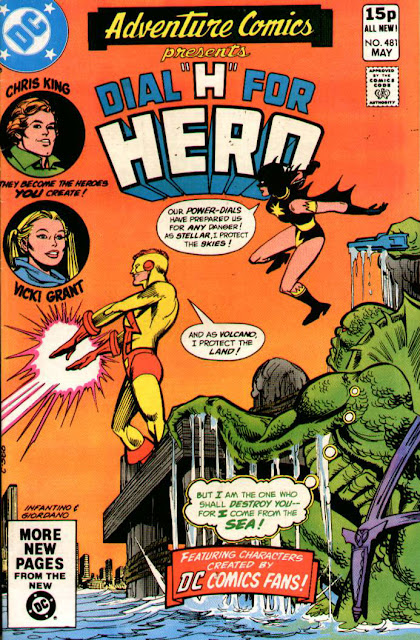 Here we see Volcano with his Kid Flash costume, and Stellar! The inks and thus the artwork seem better this issue. 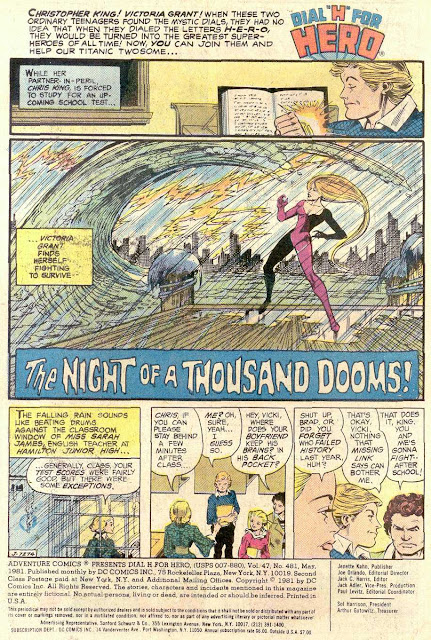 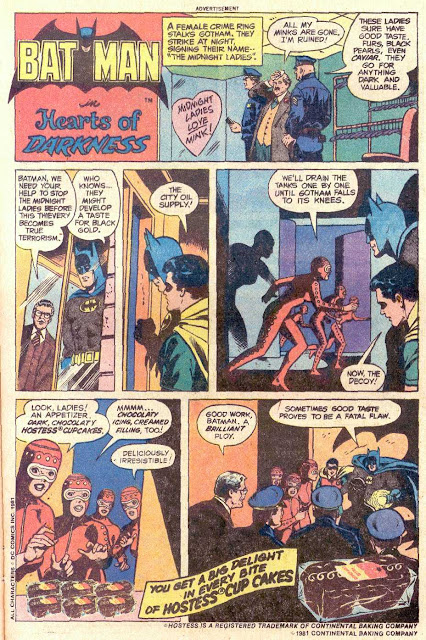 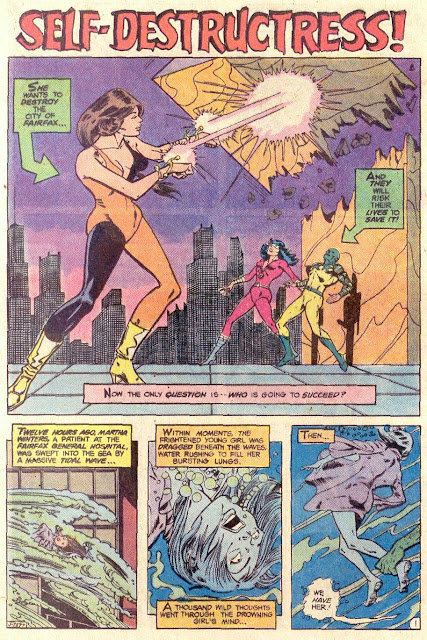 A rather original take on a subscription ad. 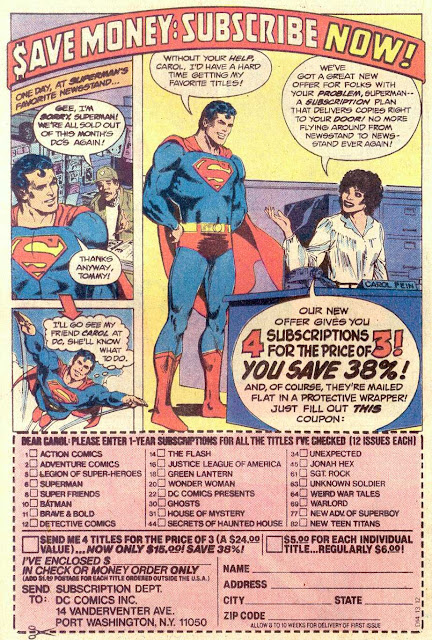 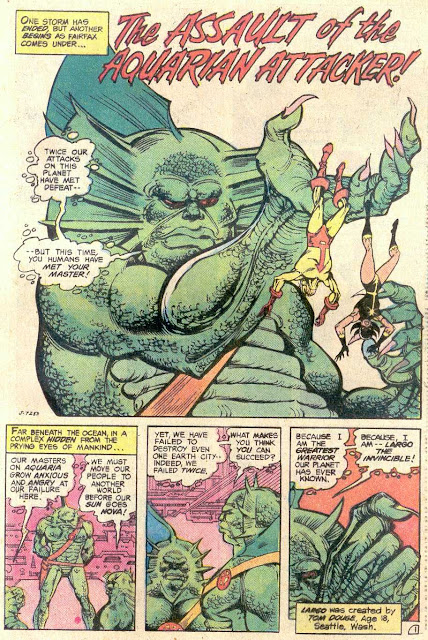 The letters page--such as it is, crowded with promos and the Statement, reminds me of something major I had forgotten! The new Dial H series had originally appeared as an added attraction in the mag of our old friends, THE LEGION OF SUPER-HEROES. A month before their ADVENTURE debut, fans met Vicki and Chris in a comic within  a comic in LSH # 272. 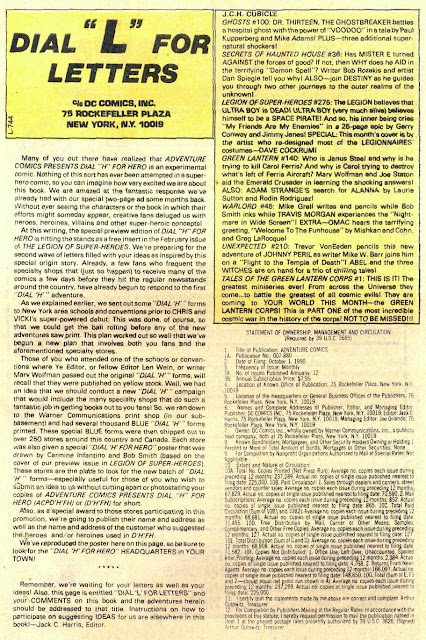 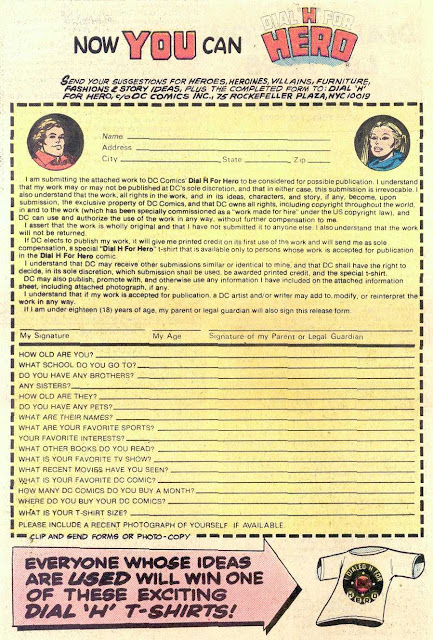 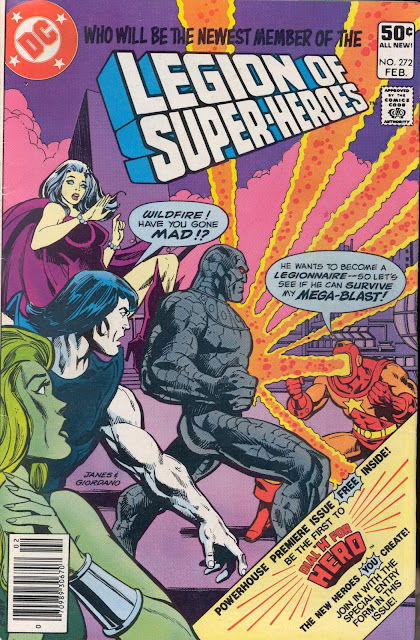 And here's the "cover" of that debut itself! 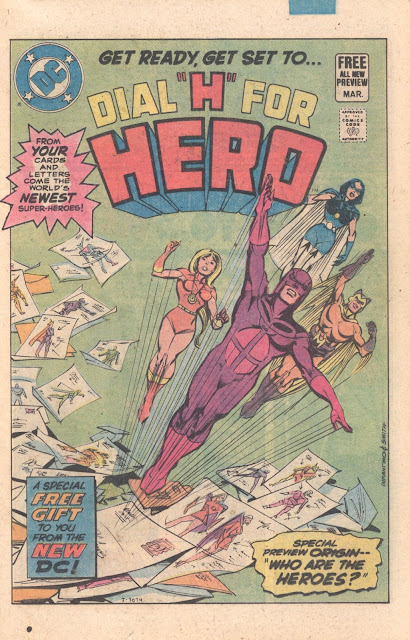