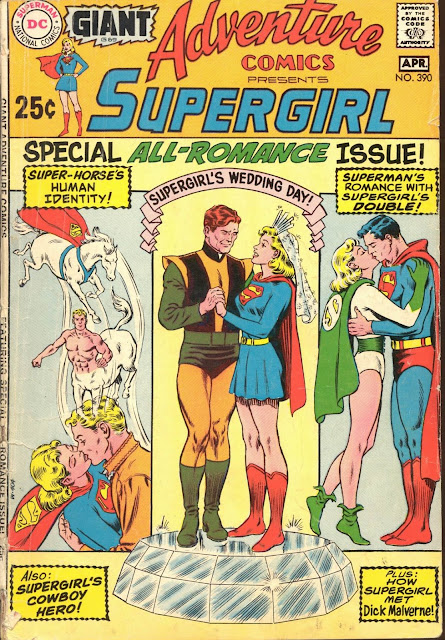 Until now, the SUPERGIRL Giants had been appearing, naturally, as issues of ACTION COMICS. It was only logical to switch that now that The Girl of Steel was headlining ADVENTURE. Thus, this issue spotlights all reprints from the ACTION days, mostly from a decade earlier and all by the definitive SUPERGIRL artist, Jim Mooney. Note that the topic remains romance, though! The Legion of Super-Heroes has cameos in a couple of the stories. It's the ADULT Legion in one, even! 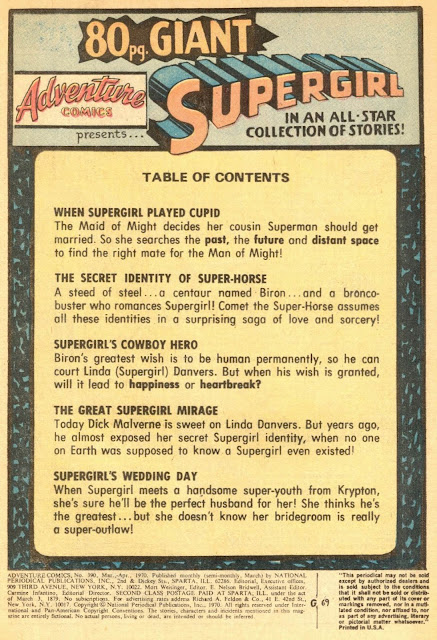 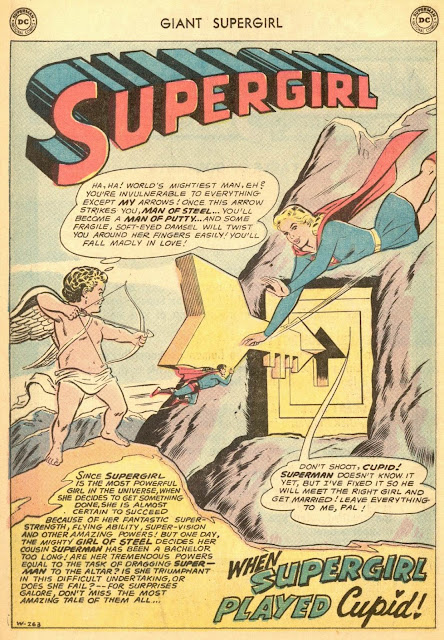 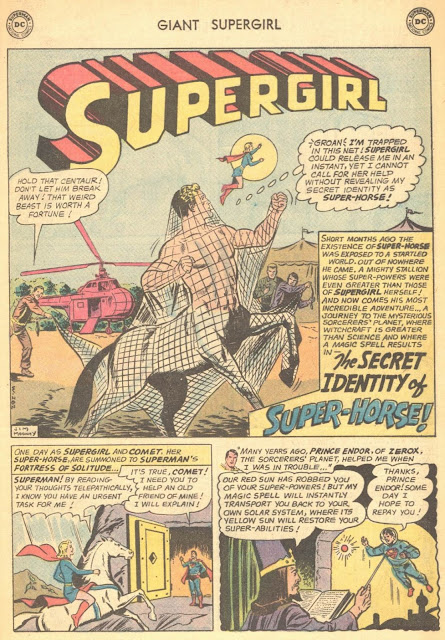 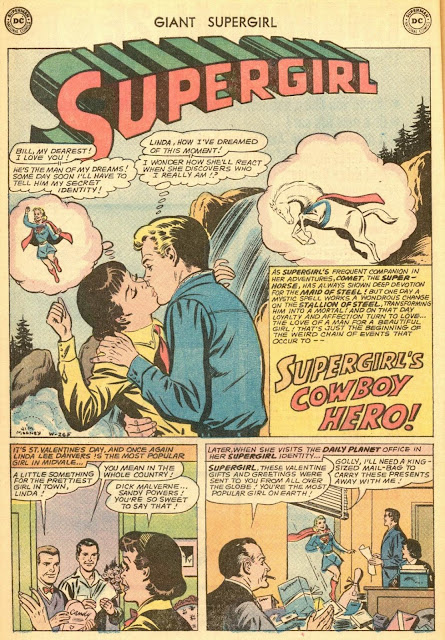 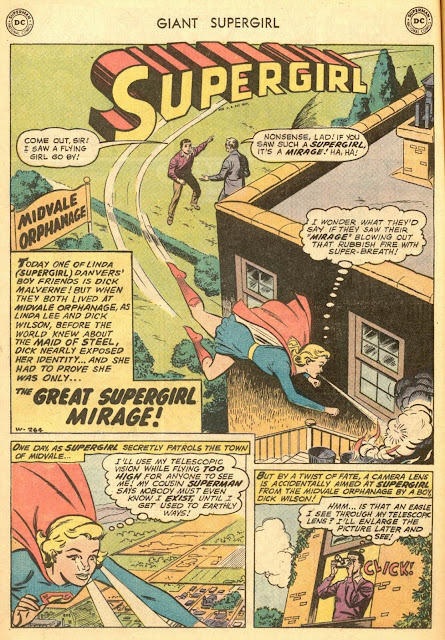 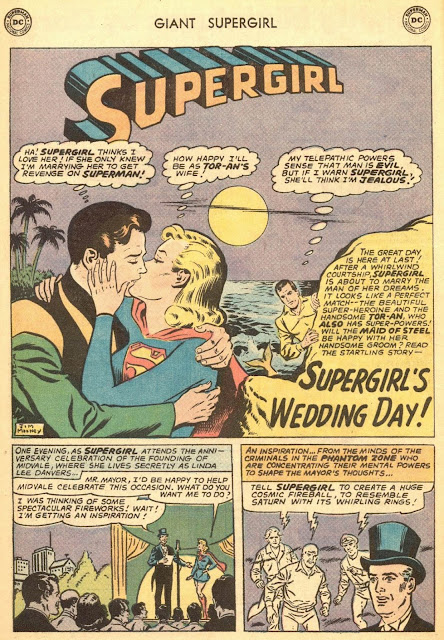