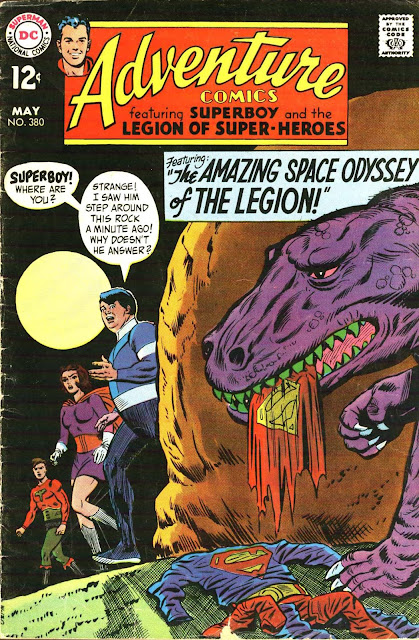 Out in the real world, astronauts were planning on reaching the moon for the first time in a couple of months. Some folks were planning a little music and arts festival in the Summer near Woodstock, New York. TV's STAR TREK had just been or was just about to be canceled. And this was the last all-new Legion of Super-Heroes story after an 80 issue run as the lead feature--mostly the ONLY feature--in what was once an anthology comic. 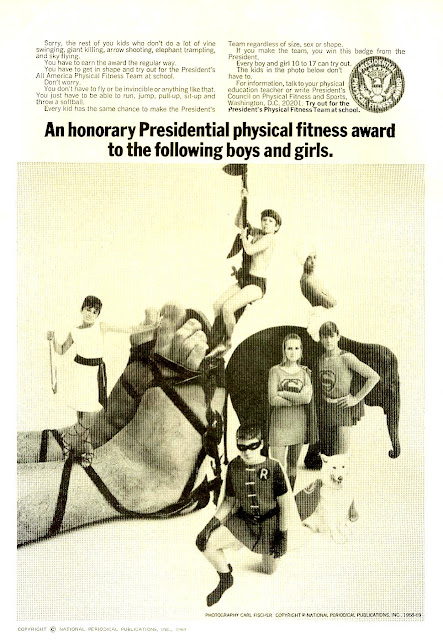 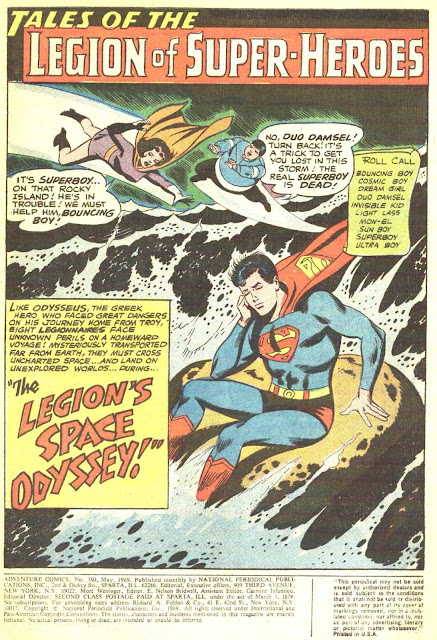 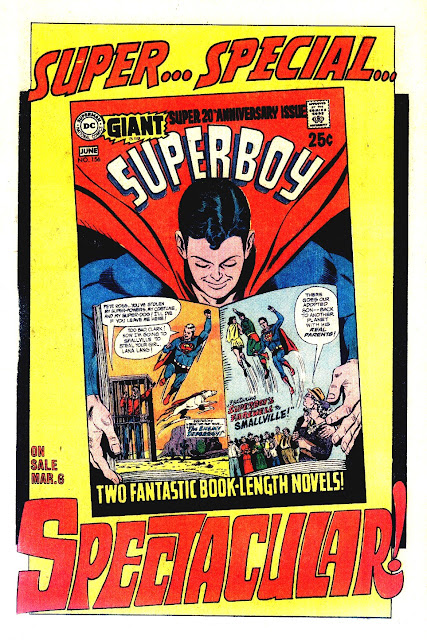 Longtime readers of this blog will recall when DETECTIVE COMICS # 27 first came out exactly 30 years earlier. Now here was DC looking back at that moment themselves in an uncharacteristically accurate and detailed way.  Bridwell? 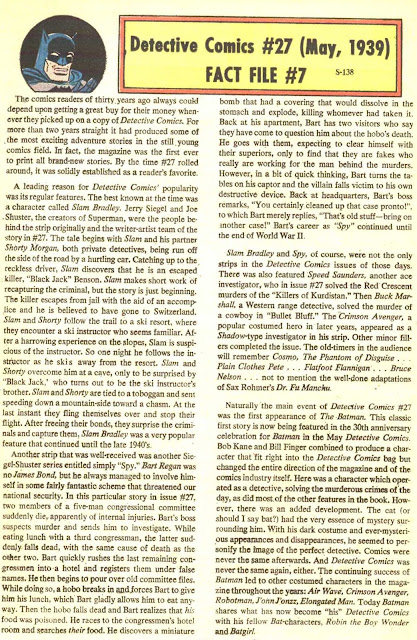 Sword and Sorcery paperbacks had finally come into their own mid-decade and DC made the step for the first sword and sorcery hero here. Didn't take. But...the last two installments of his tryout were done by a young artist named Berni Wrightson who turned out t be a keeper. Soon enough, Marvel's CONAN would secure the place of S & S in comics. 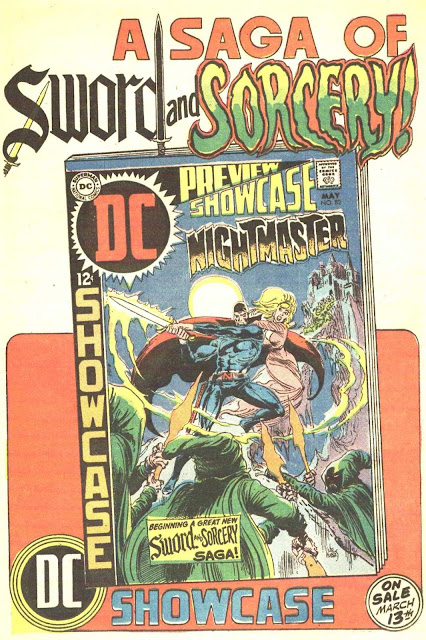 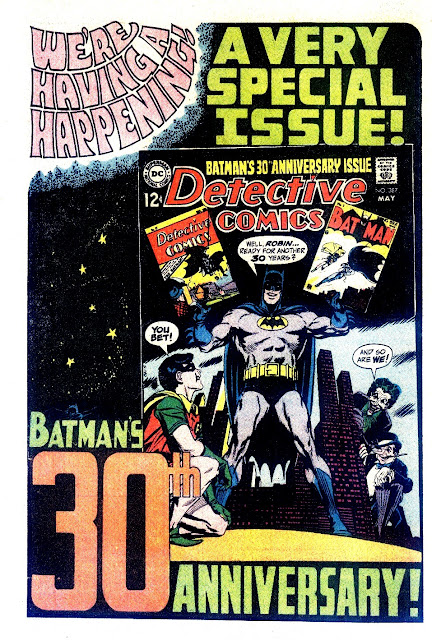 In those pre-internet days, most fans learned of the next issue's big changes from the letters column here and the one in ACTION. The LSH series over there began unceremoniously enough with a reprint, then moved on to a series of stories featuring only 2-4 Legion members at a time, each story  about half or even a third of the length the stories had here. I actually recall being surprised at the next issue's cover so I must not have read these letter columns that month. 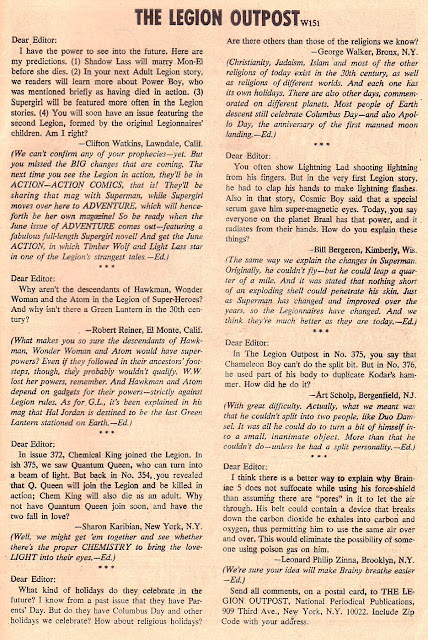