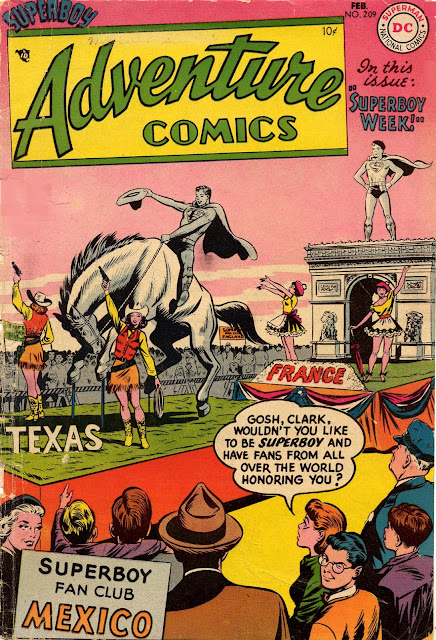 One of the few Superboy covers of ADVENTURE where the Boy of Steel technically doesn't even appear. This is also the final issue before the Comics Code kicks in. Although there's no mention in the stories, one can tell by the Christmas ad and PSA that this came out at the end of 1954. 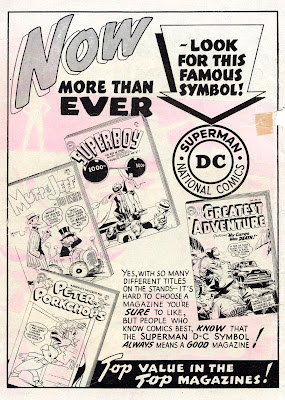 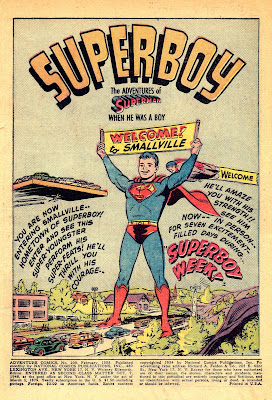 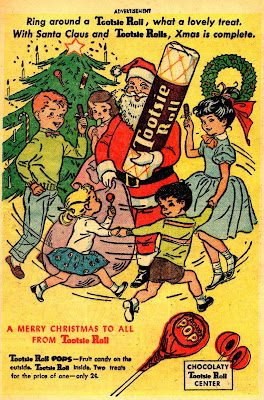 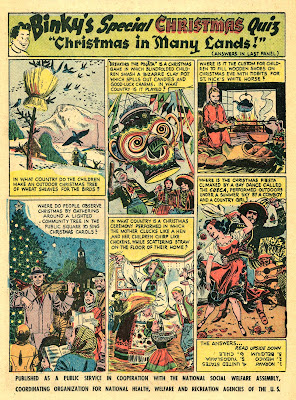 Wait a sec. Aquaman is here and so is Green Arrow...again. This was when it must have finally set in with fans that the rotation was over. Johnny Quick had made a valiant effort, outlasting most of DC's other superheroes but was finally retired. Oddly enough, it would be less than two years later when DC began its revival of superheroes with yet another speedster--the Flash. 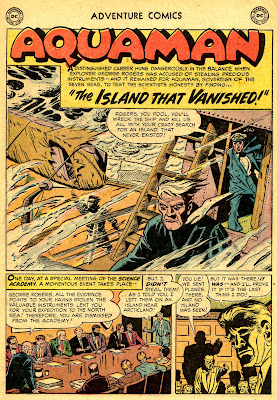 This issue's GA story tells the origin of sidekick Speedy. Well...AN origin. Like GA himself, he has had a number of variations on an origin over the years. I believe this was the first one. 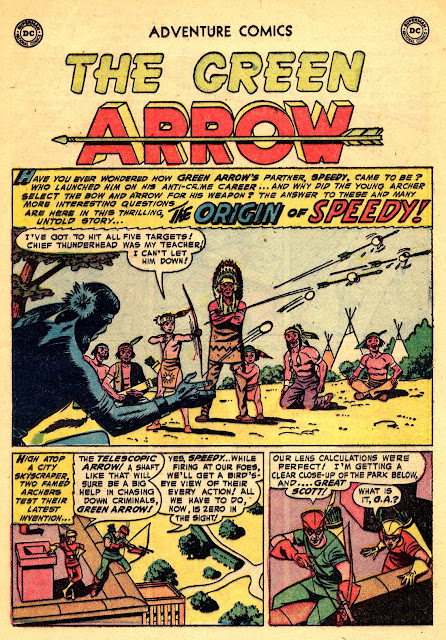 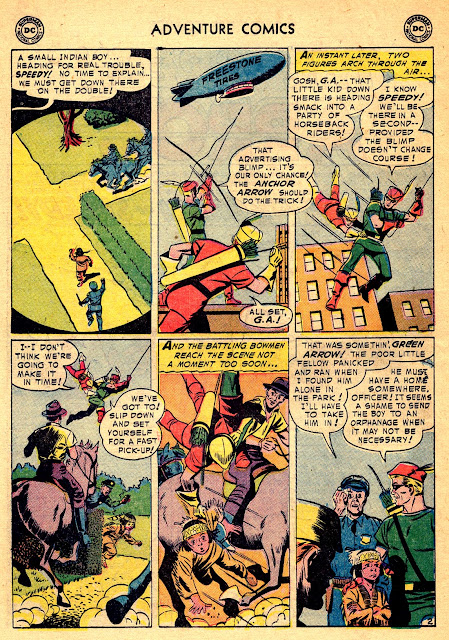 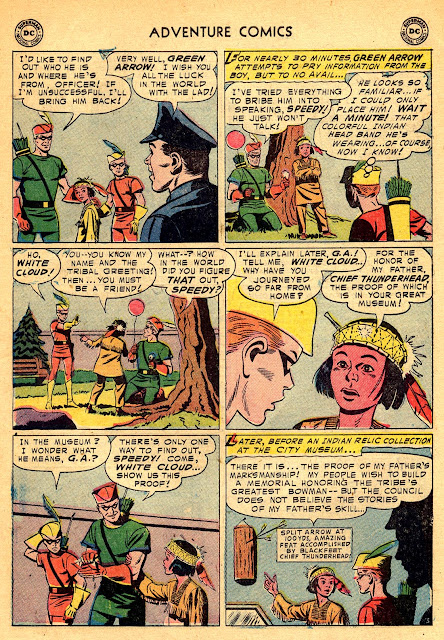 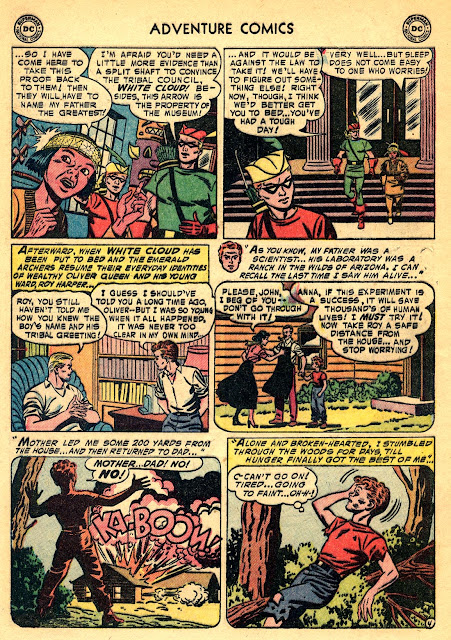 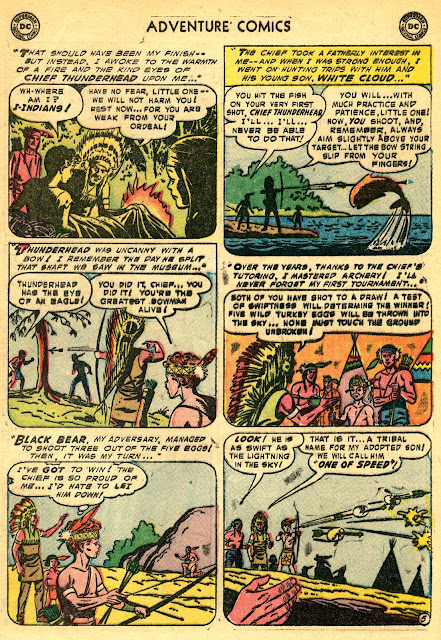 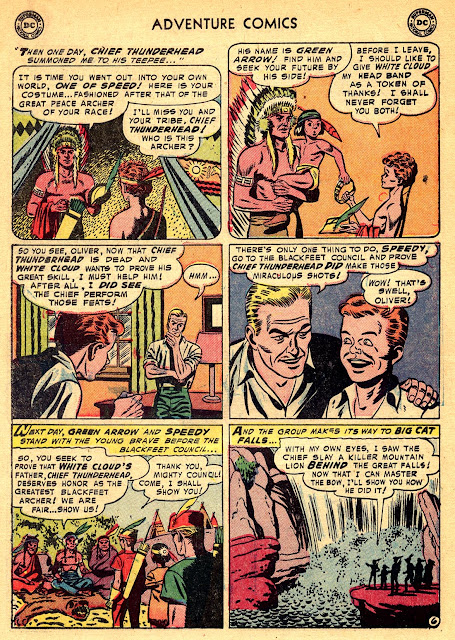 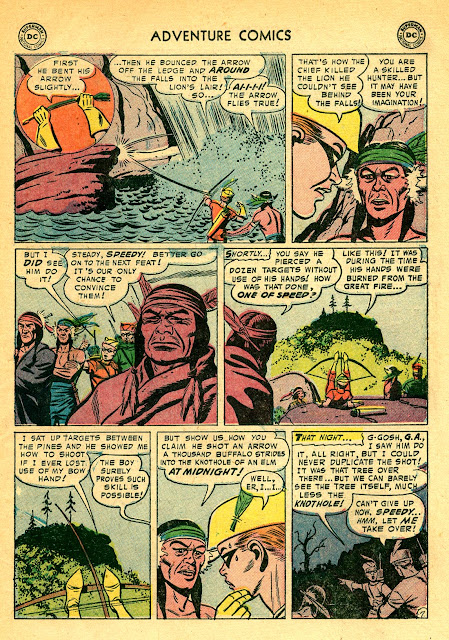 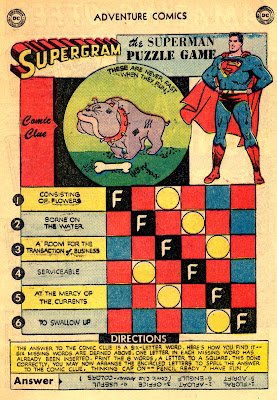